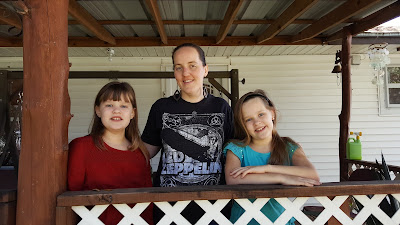 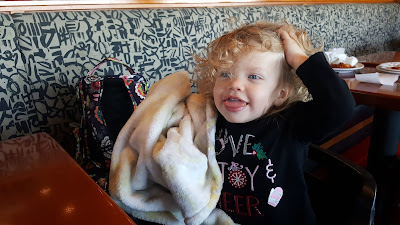 One of my best friends, Margo, came to visit me with her two kids Caroline and Clark. She was one of my roommates in College and we've stayed in touch ever since. She's lived all over the US since those days, but currently she's living in Houston, just a little over an hour away from Mema's house. So she and the kids came to visit me and we decided to go wander around campus and reminisce. 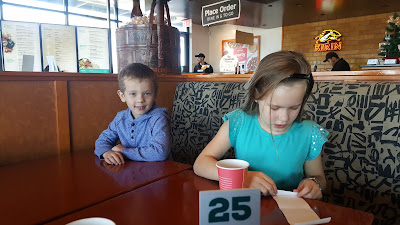 But first lunch at PeiWei because we don't have that in Washington and I actually miss their food. 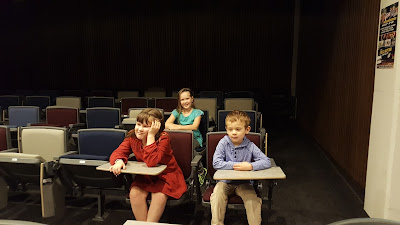 This was one of the freshman auditoriums in Langford, the architecture building. We told the kids to look like they were listening to a professor! The place was a ghost town since it was between semesters. 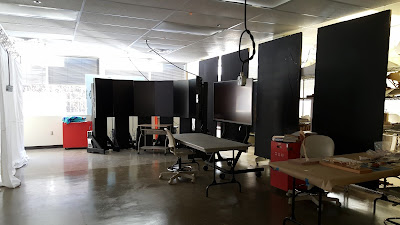 The rooms where we spent hours and hours of time looked so different from when we were students! The computer lab didn't have many computers (I'm assuming all students have laptops now!) and it had a cool 3D printer. 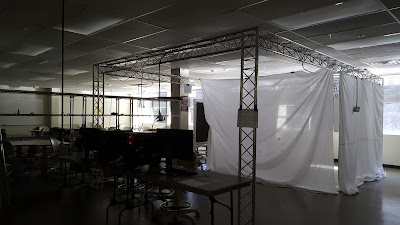 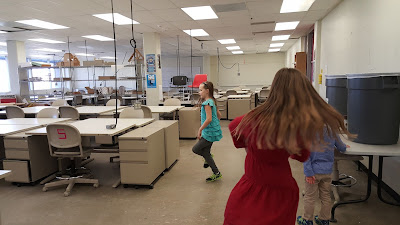 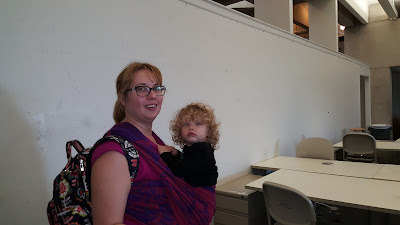 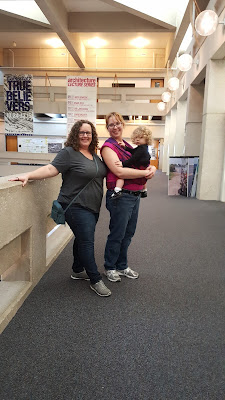 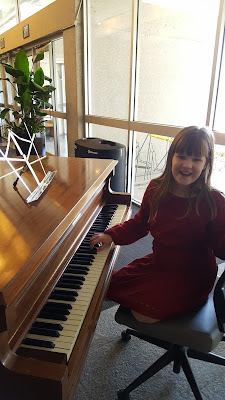 Maddie found a piano in the lobby of Langford and played a little tune. 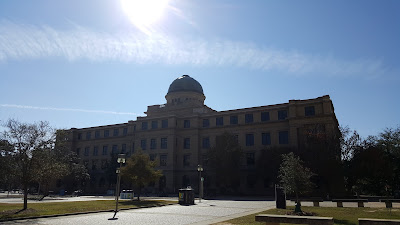 We walked around campus and the kids couldn't get over how big our school was. 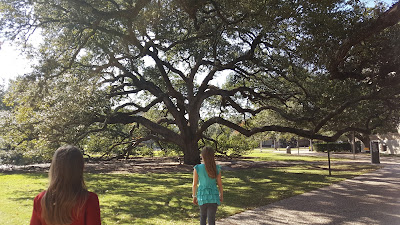 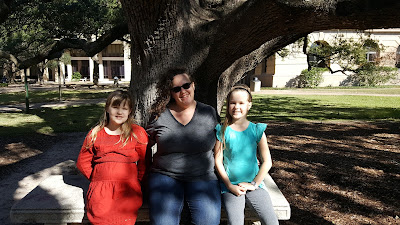 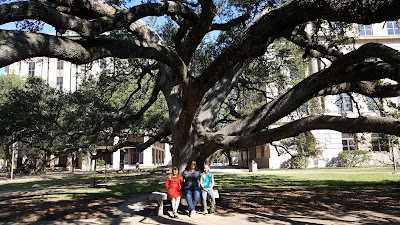 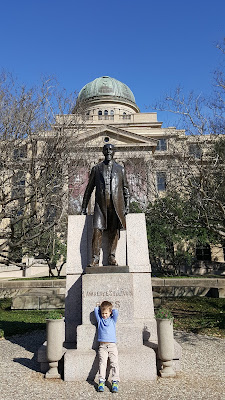 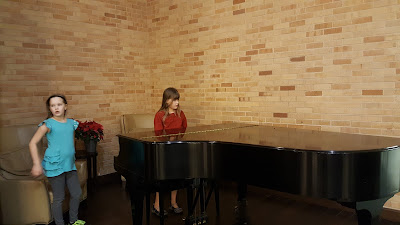 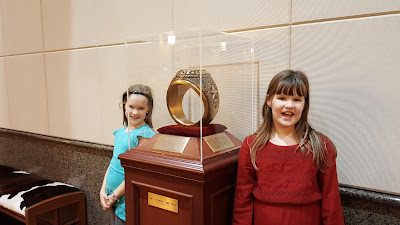 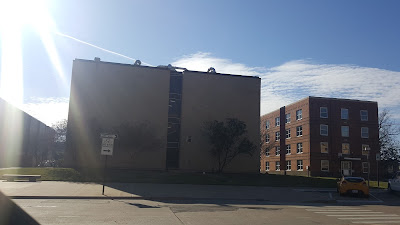 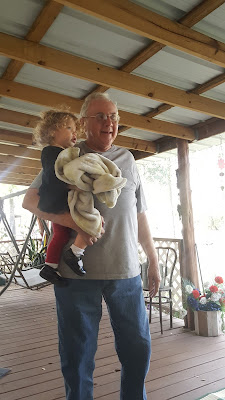 Caroline really took to Pepaw. Clark like Mema, he kept asking to go talk to Mema who was in bed still sick. It was really sweet. 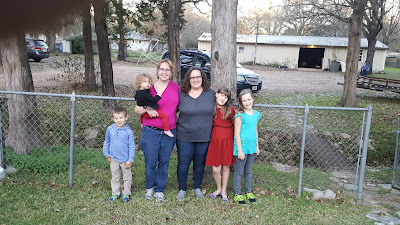