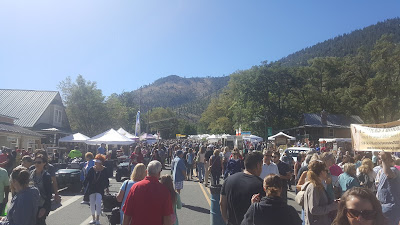 On our last day in Tahoe we went to this craft fair called Candy Dance. It was insanely crowded. I don't think I've ever been to a craft fair with this many people. The cars were lined up for miles to get to the parking area. We didn't end up staying long. My stomach wasn't feeling well, coupled with all the crowds, you could hardly get a look at the wares. There was some neat stuff and I wish I had been feeling better. But it was still cool to check it out. 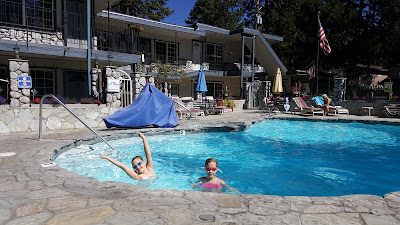 Maddie and Izzie getting one last swim in. 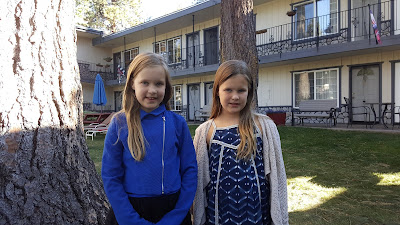 Izzie and Maddie in their dresses getting ready for church. The priest we had was a riot. He was an older Irish guy. And he had some pretty interesting stories. For one thing, he said he didn't have time to prepare a sermon, so he just went on the fly. But this had him rambling a bit, so much so that the congression started glancing at their watches. Which he did not find amusing! Other than being a bit hungry because church was before dinner, I enjoyed listening to his accent and stories about growing up in Ireland. 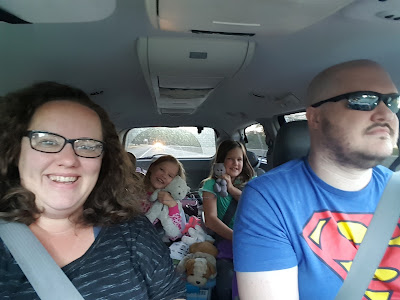 Up and at 'em... time for the drive back to Washington. 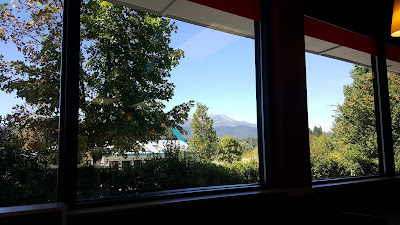 We stopped at a Burger King on the way home. What a view from Burger King! 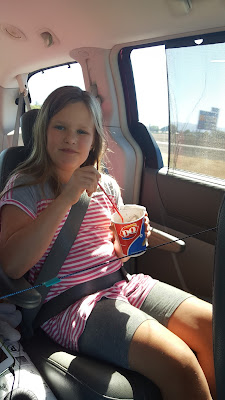 We also took the girls to DQ for the first time to get a blizzard. They weren't too impressed and less impressed with the dairy ended up giving them both stomachaches.... oops. 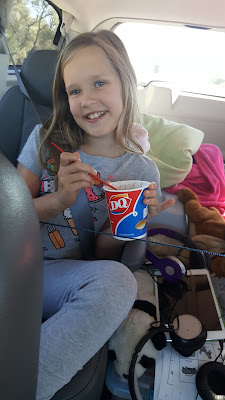 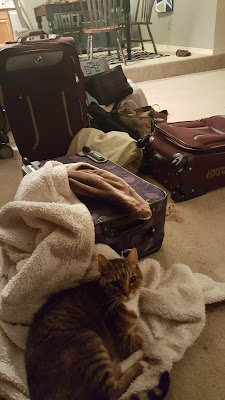 Jake was one happy kitty to see us when we got home!
Posted by Amanda at 6:14 PM