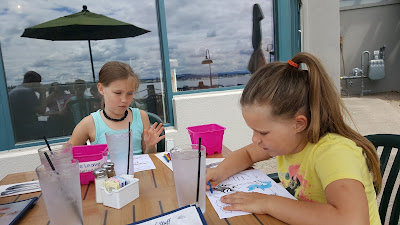 Izzie and Maddie at Beaches Restaurant. 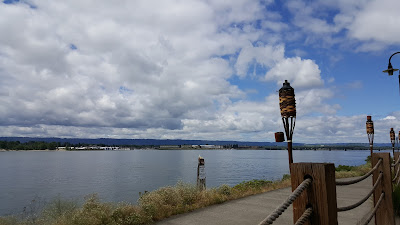 It was such a gorgeous day. I wanted to eat lunch at one of the places that has patio service. 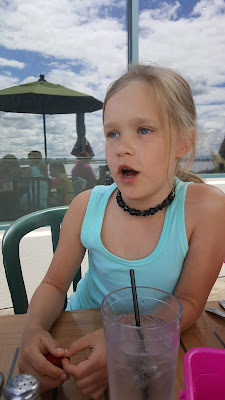 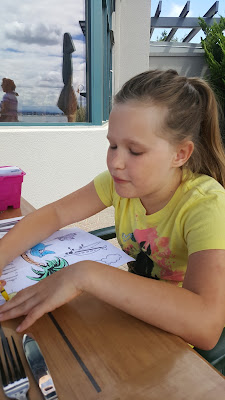 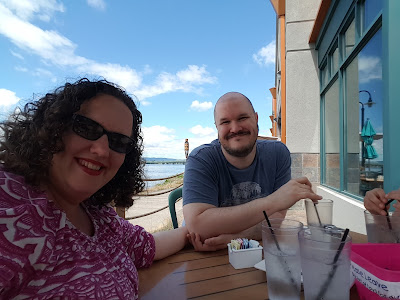 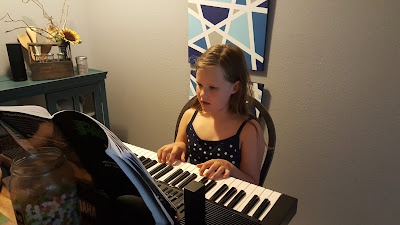 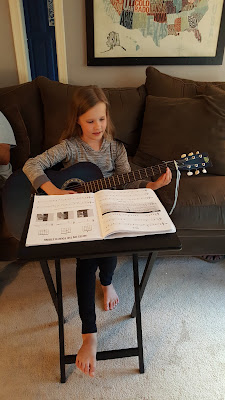 Izzie practicing her guitar. She now has a music stand so she can read her music easier. 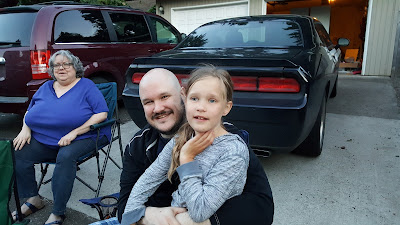 Getting ready for fireworks. We don't usually even go anywhere because our neighbors put on quite the show. It isn't illegal to do your own fireworks. Popo usually goes and buys some fun small ones for us to do in the cul-de-sac too. Nanna, Daddy and Izzie. 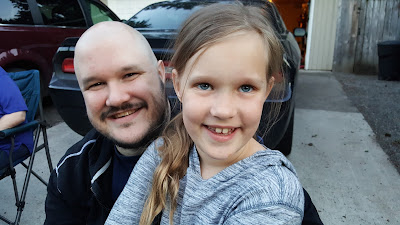 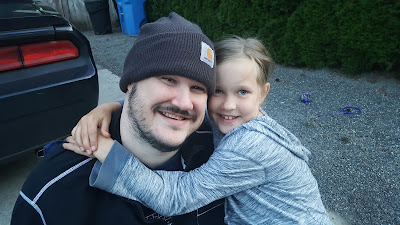 It was actually cold out, we couldn't believe how chilly it was on July 4th!! John had to go grab a cap. 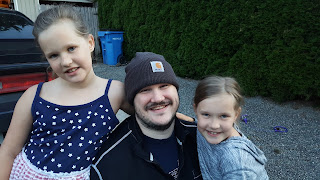 Maddie took this pic and then ran in to get a jacket. 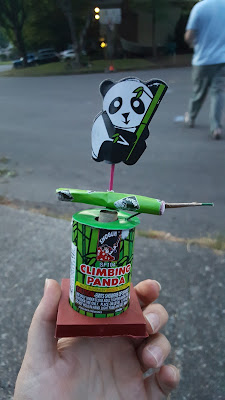 The climbing panda firework was kinda a flop. We had "high" hopes for it. 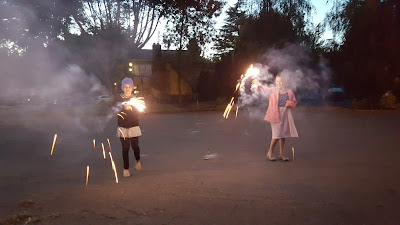 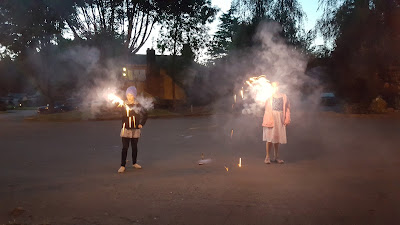 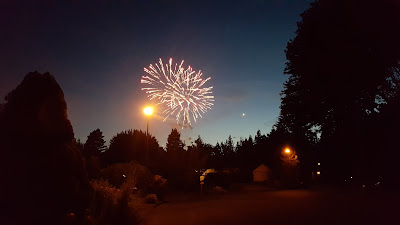 And our neighbors firework show....

I'm interested to see what next year will be like. This was the last year that fireworks weren't illegal in all of Vancouver. Each year for at least a week before the fourth, fireworks go off every evening. On the fourth, it seriously sounds like a war zone. Or at least what I imagine one would sound like. And I know it must sound somewhat like one, because a lot of our vets that suffer from PTSD have a hard time with the 4th around here. Next year though, inside city limits it will be illegal to set them off. I live outside of the city limits. So, my guess is that people living outside the limits will be hosting more parties for people living in the city limits and that it's going to be twice as crazy near us. We shall see!
Posted by Amanda at 12:53 PM