Every since last Halloween Izzie has said that this Halloween she was going to wear a ballgown. She's designed and described it to me about half a million times. So, I really wanted to make her wish come true. We searched for a pattern that closely matched her vision, because even though, I'm a pretty good seamstress, I still benefit from the use of a pattern. Next came picking out fabrics. I took Izzie to the fabric store with me and we walked up and down the aisles until we came to this pink Chinese brocade with golden accents. She fell in love. Luckily, it was in the budget that I set so we figured out how much yardage we needed and made our purchases. This was a difficult dress to sew, but I had fun learning how to do it and even making mistakes along the way. I'm proud of how it came out and I love how excited Izzie was to see it. 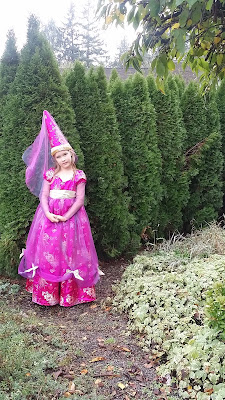 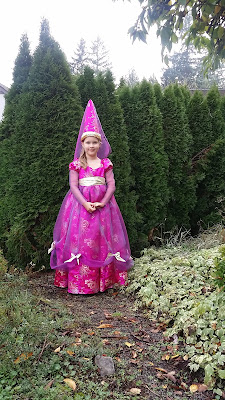 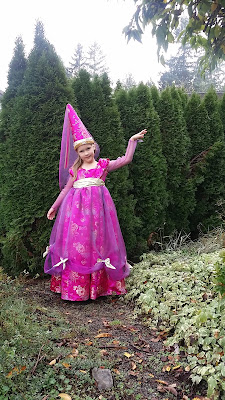 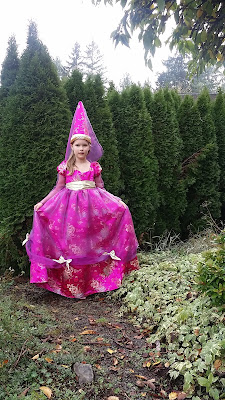 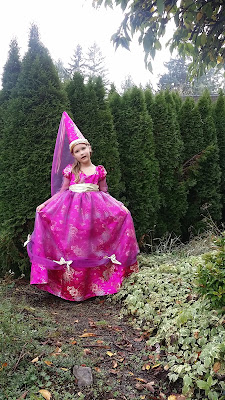 Maddie decided she wanted to be the Wicked Witch of the West. At first she wanted a very basic costume, but then decided to pick one that was a bit more elaborate. I love the sleeves, the cape and the back of this dress. I didn't get a photo of the back, but it's made with a bunch of eyelets that are laced up. I made Izzie's hat, but I bought Maddie's. 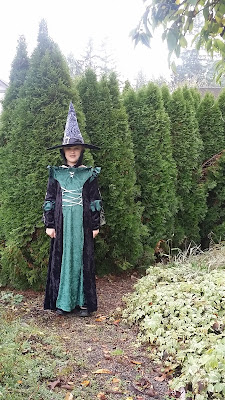 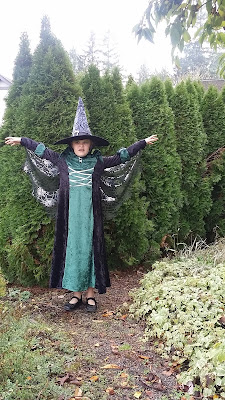 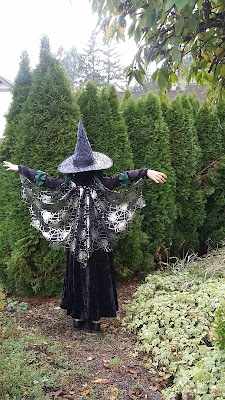 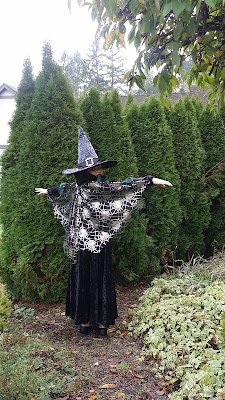 Maddie also picked out her fabrics, a faux crushed green and black velvet and this awesome spider material. 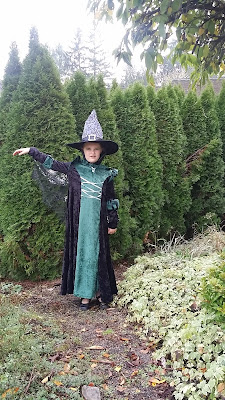 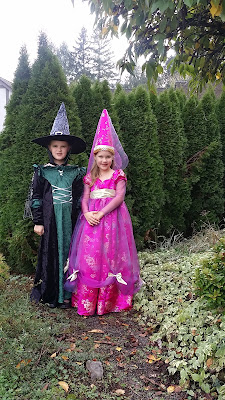 This was before our Homeschool Halloween Party. I bought green face paint, but she decided she was going to save that for just Halloween night. 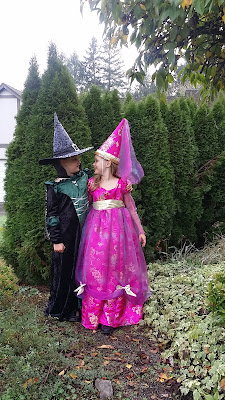 At one point they said Izzie was Glinda the Good Witch. 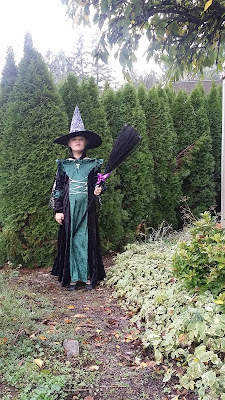 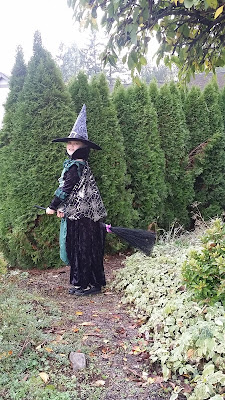 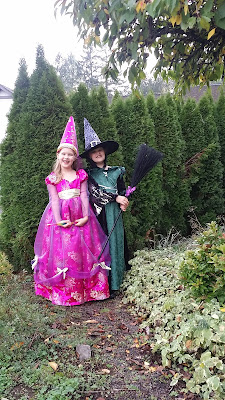 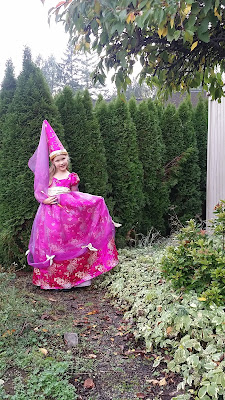 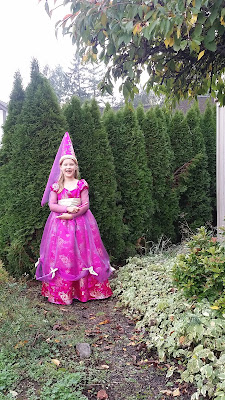 So, I know that was a lot of photos of basically the same thing, but I worked HARD on these customs and I want them to be remembered!
Posted by Amanda at 2:54 PM