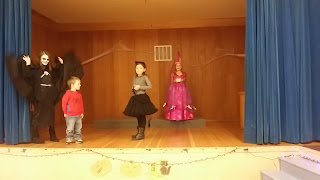 Kim rented out the Grange Hall for a Homeschool party. Here are some of the kids playing on the stage. 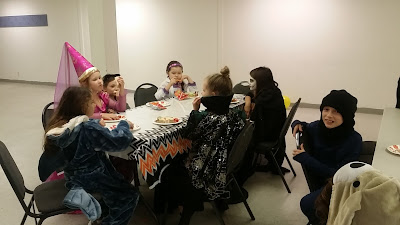 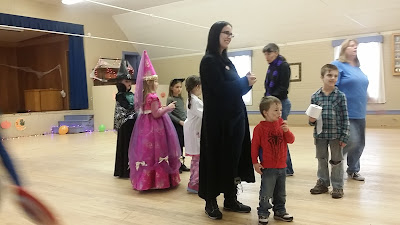 The kids getting ready to play a Mummy Toilet paper game. 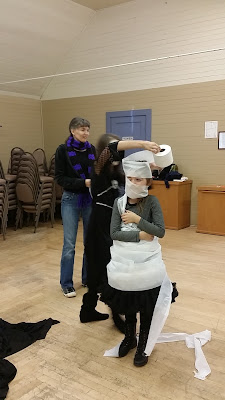 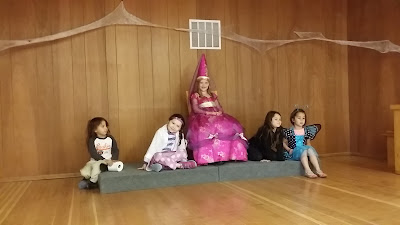 Izzie and her royal court. 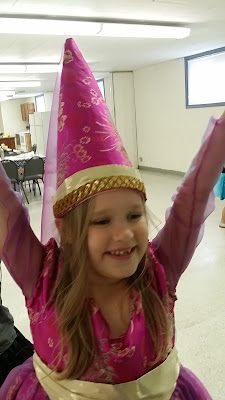 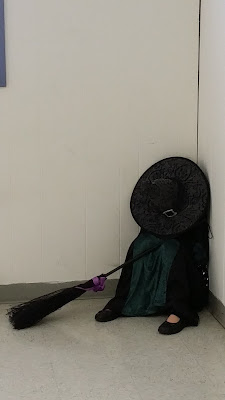 Due to a bit of miscommunication, the party was scheduled right during lunch hours but for some reason, I was the only one to actually bring a lunch item to share. So the kids had a lot of sugar. Which led to the Wicked Witch of the West melting down. Luckily it was right at the end of the party anyway, and we were able to help clean up and make an exit to get some real food in our tummies. 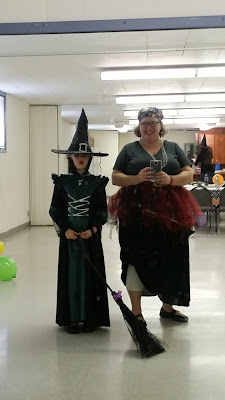 The girls really wanted me to dress up, but I hadn't planned on it. So at the very last possible minute I threw together this "pirate" costume. They were happy, so that's all that matters, right? 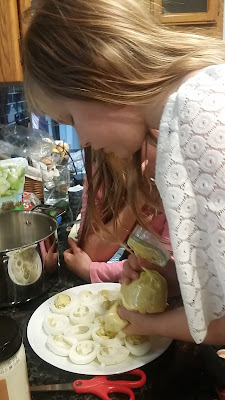 Maddie making deviled eggs. They wanted to learn how, so we got to work. 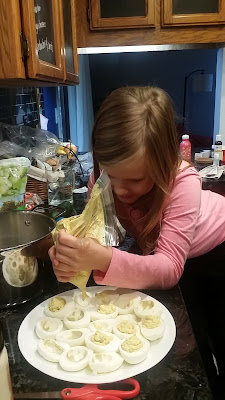 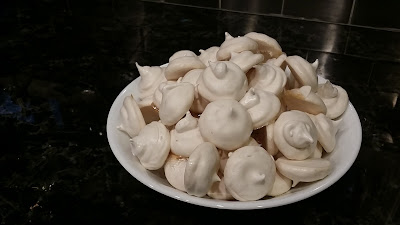 I've never made meringues before, but I had several egg whites in the fridge leftover from making vanilla ice cream to take to the pumpkin carving dinner we had the other night. So I decided to try and make them. I'm so glad I looked at the recipe in time to see that they take hours and hours to bake. And because it was a rainy humid day, they took even longer than that. They weren't perfect, but they tasted good and they all got eaten! 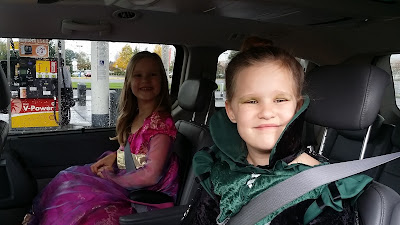 On our way to our second Halloween party a few days after the first. 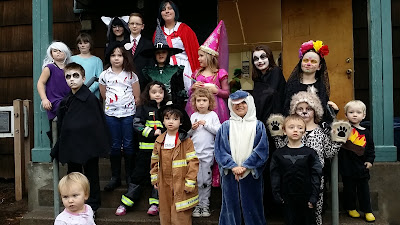 No trick or treater photos because I was sick in bed on Halloween and it was POURING. We are used to rain up here in Portland, but it was torrential downpours. The girls ended up watching a movie, dressing up and handing out candy instead, to the five or so families that braved the rain!
Posted by Amanda at 3:13 PM