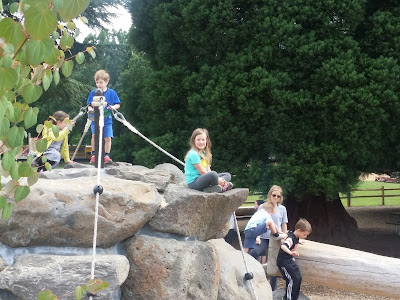 We met my friend Emily at Westmoreland Park for an afternoon of fun. She was one of the first people I met when I move to Vancouver. I was really sad when she told me she was moving away to Arizona, only 8 or so months after I met her! But her mom lives in Portland so when she's come back for visits, I've made time to see her! Her three boys are super awesome kids too.  I wish I had gotten a photo of her kids and mine together, but once at the park they all scattered! 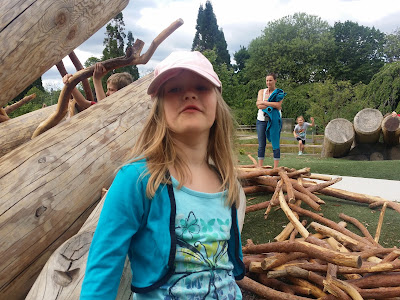 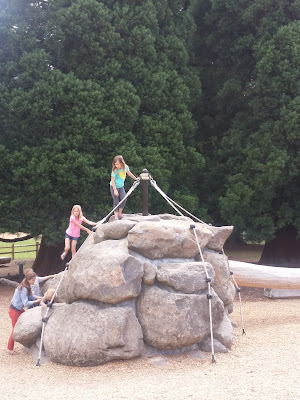 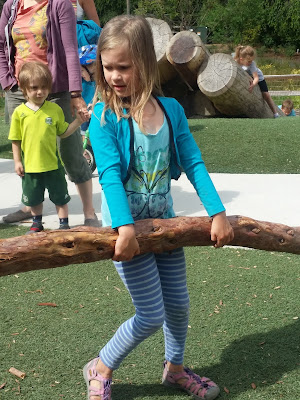 This park is really awesome. It is constructed of natural elements. There are several small logs that are around that the kids can use to build forts or whatever their imaginations allow. They also find that they need to cooperate to get something built. 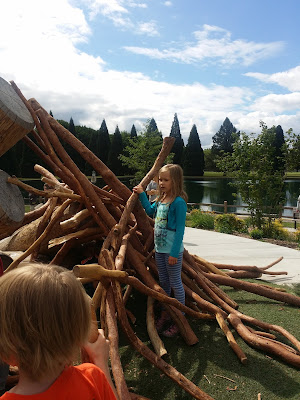 Izzie was working with a bunch of boys that she met to build a fort. 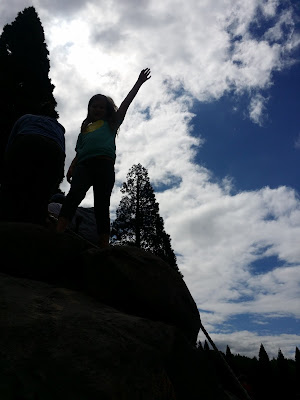 Maddie on top of the big rock climbing pile. 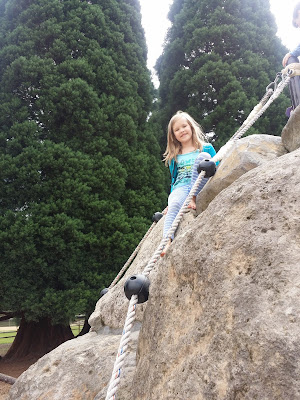 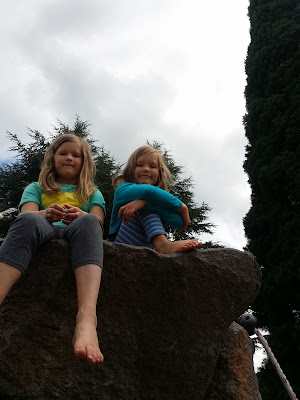 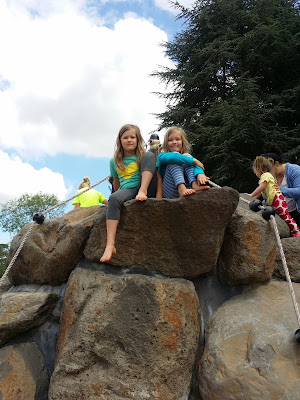 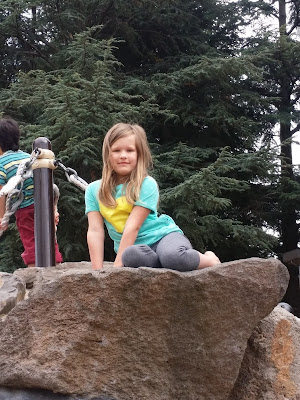 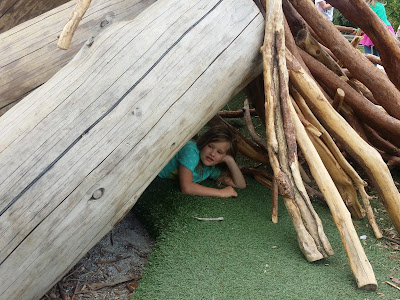 Maddie in the fort that Izzie helped build. 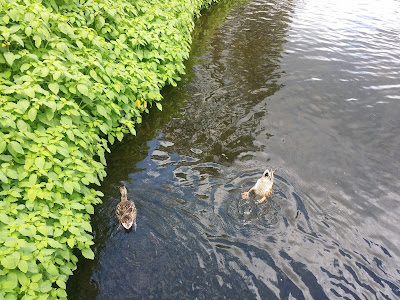 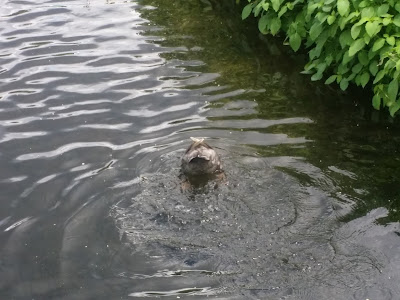 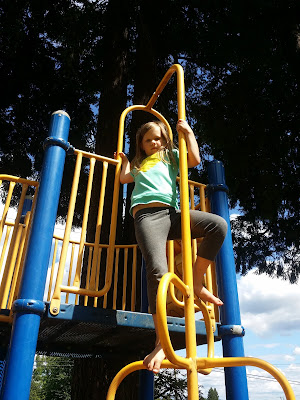 Maddie later that day at our Homeschool park. 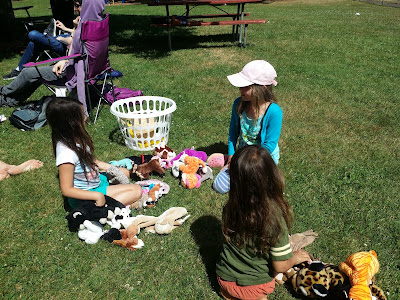 Izzie playing with Esperanza and Ezra.