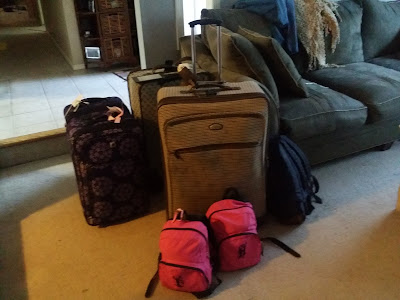 Getting ready for DISNEY WORLD! For my mother and law and father in law's 45 wedding anniversary they decided that they wanted to take the entire family to Disney World. This was a trip that was at least two years in the planning. It was Jackie, Tom, Julie, Chris, Sammy, Sabrina, John, Amanda, Maddie, Izzie, Dana, Cody, Holly and Lucy. For those counting, that is 14 family members for a magical, once in a lifetime trip. What a way to celebrate a marriage and the generations that it started.

I really tried packing light. These suitcases I bought at a garage sale and they were made long before baggage weight limits. I think they are half the weight limit just when they are empty. It makes packing a challenge, since I'm known for overstuffing a space to beyond capacity. I had to work hard to not pack the entire house. Anyway, excitement is in the air! We flew to Dallas and spent one night at Grandma and Grandpa's house before flying with Dana's family and Grandma and Grandpa to Florida. Julie and her family flew to Florida a couple days ahead of us. 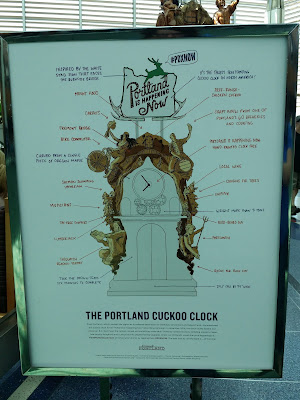 An amazing art piece in the Portland Airport. I wish I had had more time to study it, but we had a plane to catch! 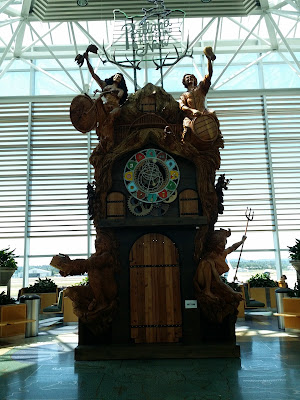 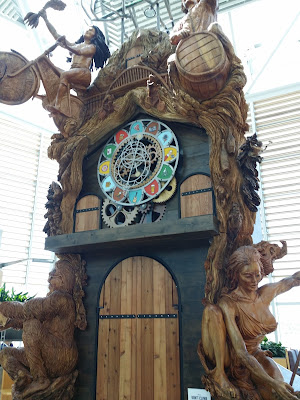 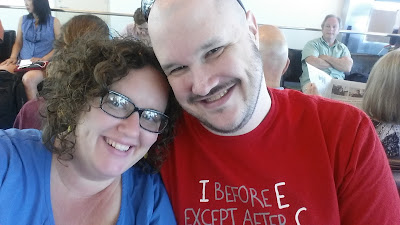 Me and my love. 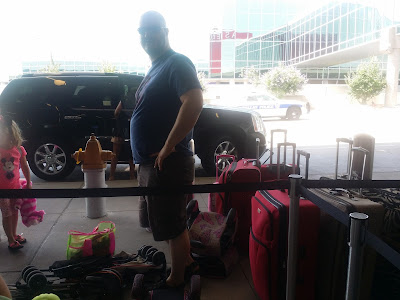 We were in Dallas for a blink of an eye and I guess I didn't take any photos for the few hours that we laid our heads on pillows before we were up and at'em again. Here we are at Dallas Love Field getting ready to fly to Florida. 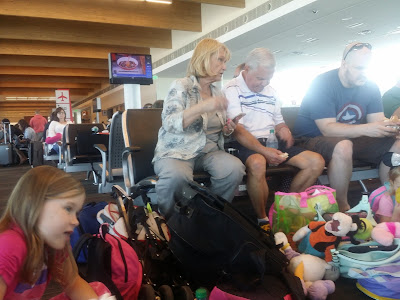 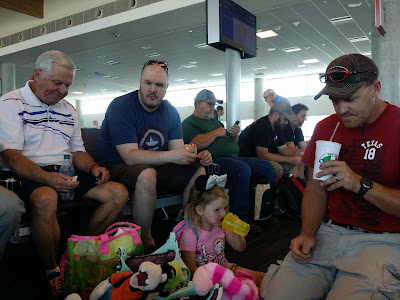 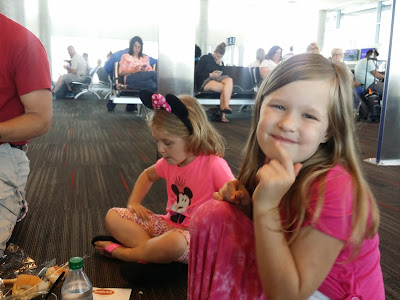 Holly and Maddie. I missed boarding call, when I went to go look for some bubble gum, but thankfully I made it on the plane. Tom almost missed the entire flight when he somehow dropped his drivers license on the other side of security! Luckily someone found it and turned it in and he made it through without any further hassle. We decided that was all that was allowed to go wrong on the trip! 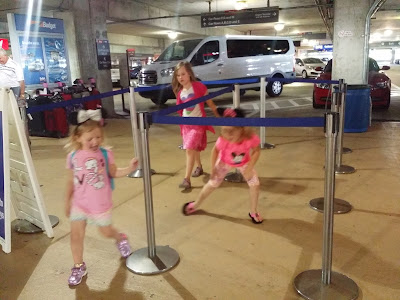 Made it to Florida and the kids are running off energy in a rope line while we wait for rental cars. 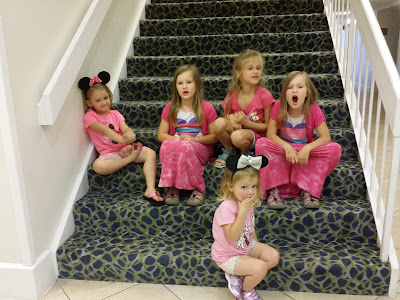 The check in process at the condos was LONG. Very long. See Izzie yawning in that photo? We were all SO ready to get to our rooms. Here are the "girls." Lucy, Maddie, Sabrina, Izzie and Holly. 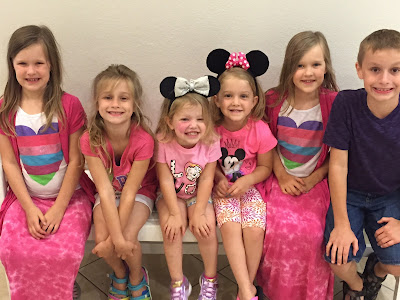 Somehow Dana managed to get all the kids to line up, sit still and smile at the camera. AMAZING. Maddie, Sabrina, Holly, Lucy, Izzie and Sammy. 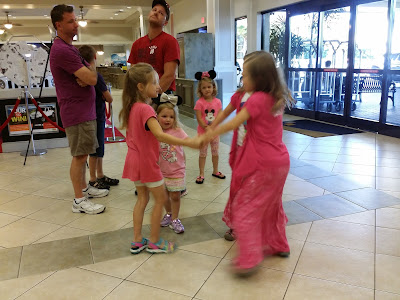 As we were still waiting the kids started up a game of Ring Around the Rosie. Look at Chris and Cody in the background. To give the condo credit, we were a very large group checking in. 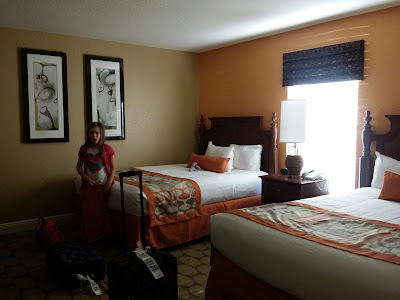 But we FINALLY made it to our condo and it was totally terrific. Seriously, this is totally magnificent. It was a two bedroom, two bath condo with full kitchen, dining room and living room. 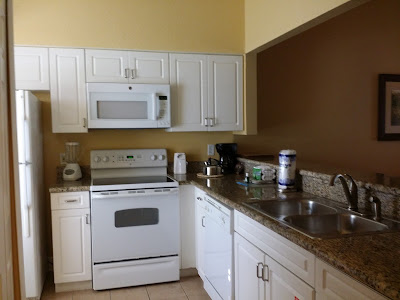 Not that I really wanted to cook while on vacation, but I totally could have if I had wanted to. We did eat breakfast and a few lunches/dinners at the condo. 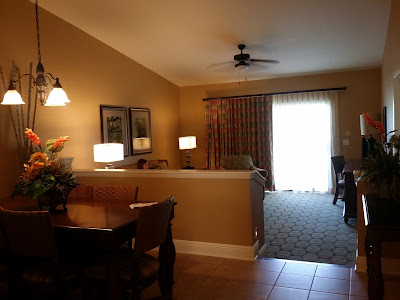 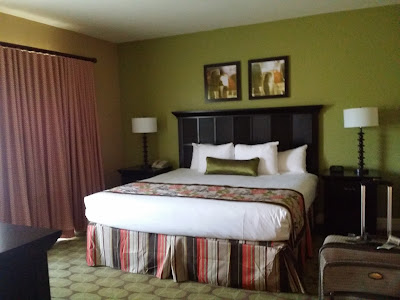 Master with a nice big king bed. This condo spoiled me magnificently, I'm telling you.

And so our Disney adventure began...
Posted by Amanda at 4:41 PM