Fall is an understatement 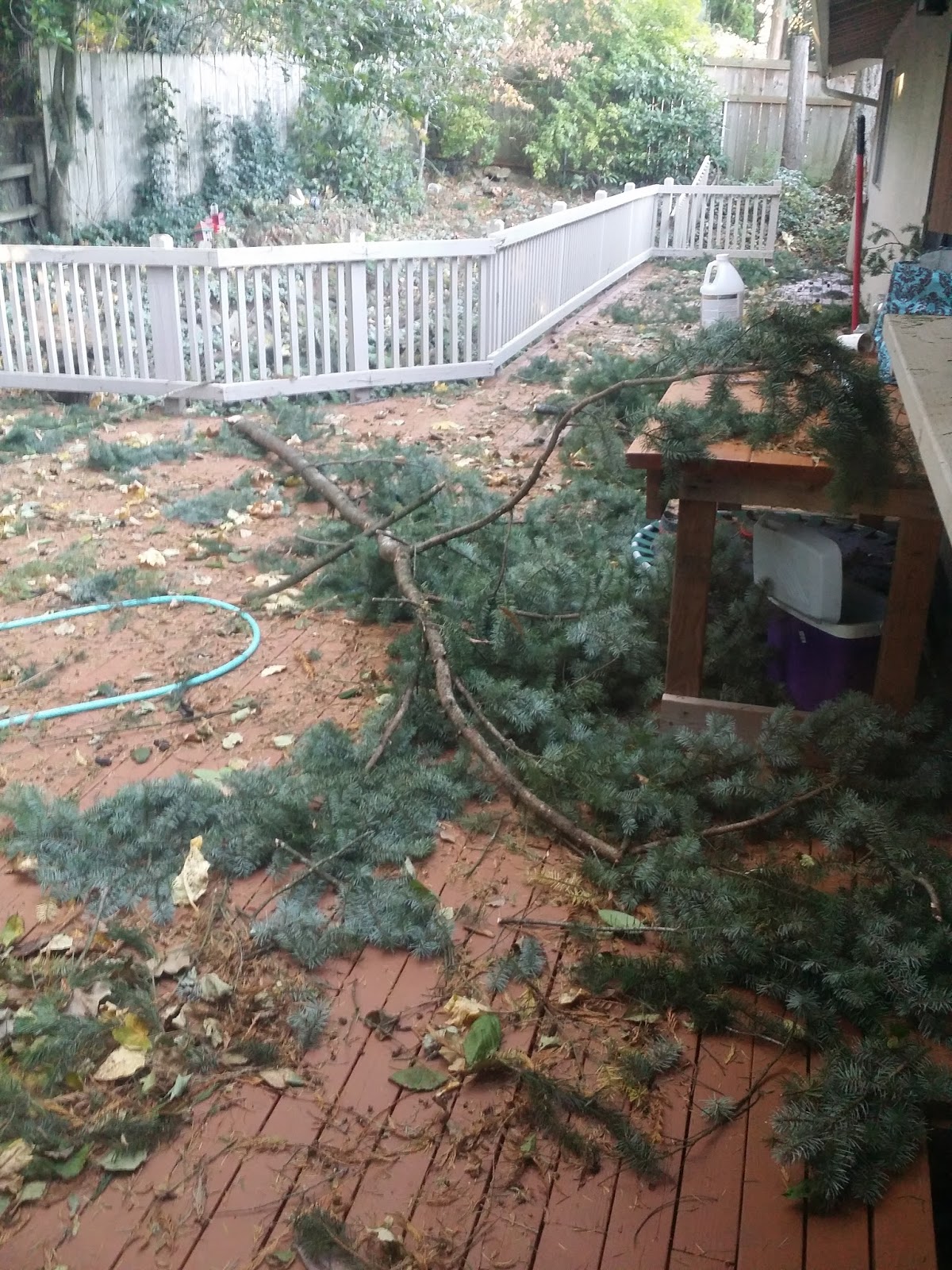 Yeah, you could say it was fall. We couldn't believe how many limbs fell down in the windstorm we got. When we bought the property, we loved the decks, but they have proved to be a bugger to maintain. 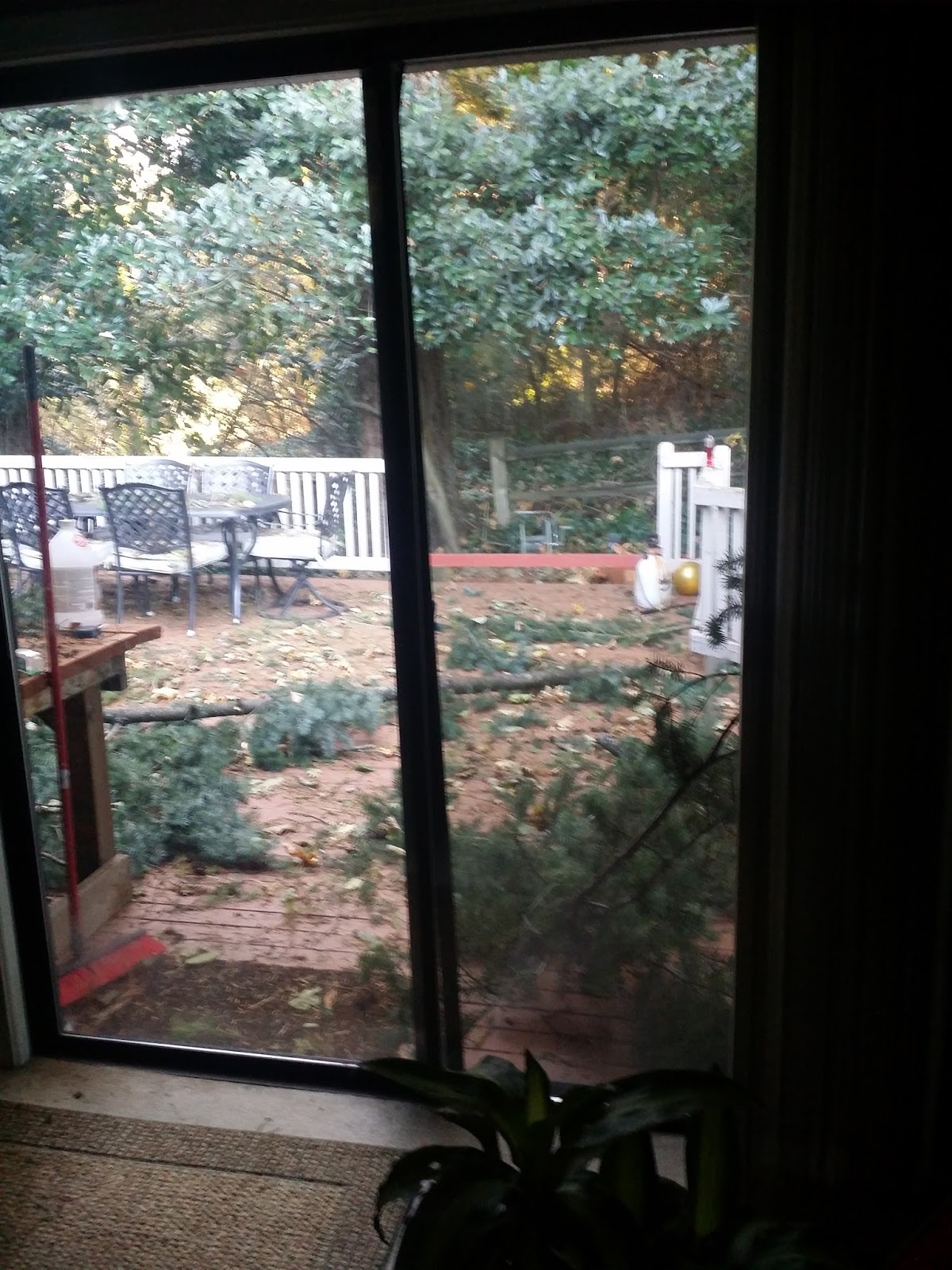 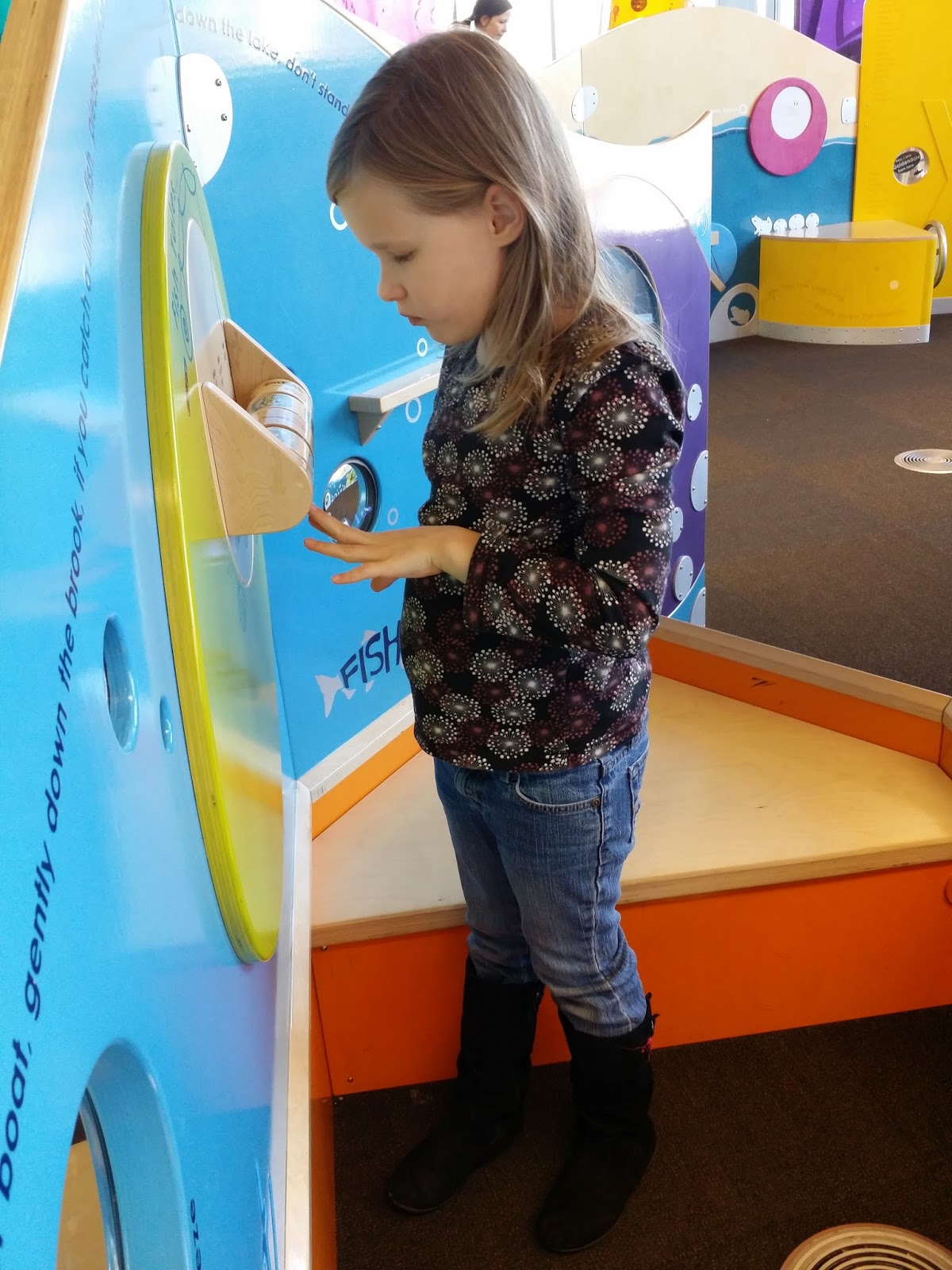 Maddie at the library. 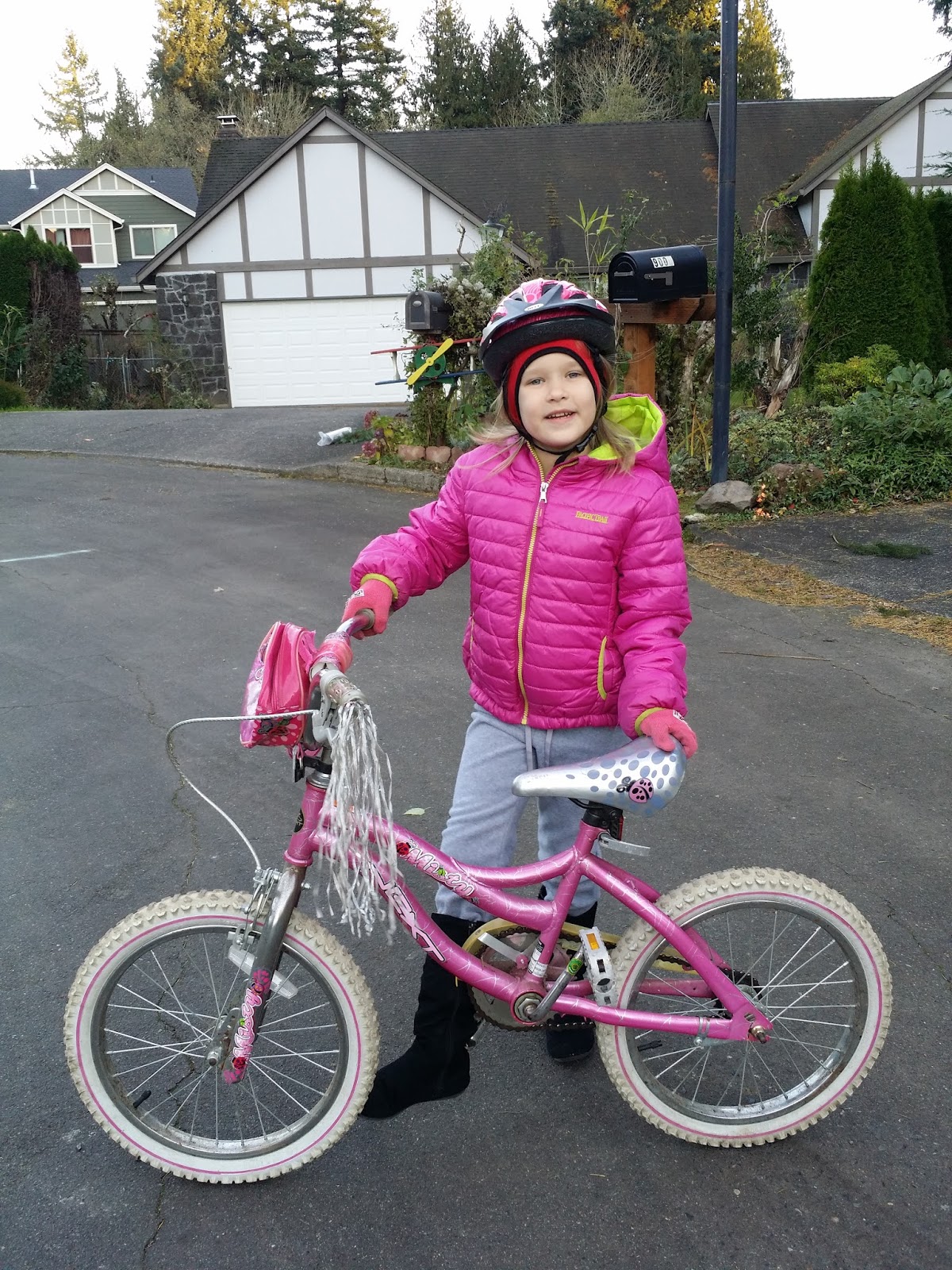 Since Izzie learned how to ride without training wheels she doesn't want to ever get off her bike. Because it was still a windy day, I made her bundle up tight and put protection over her ears. 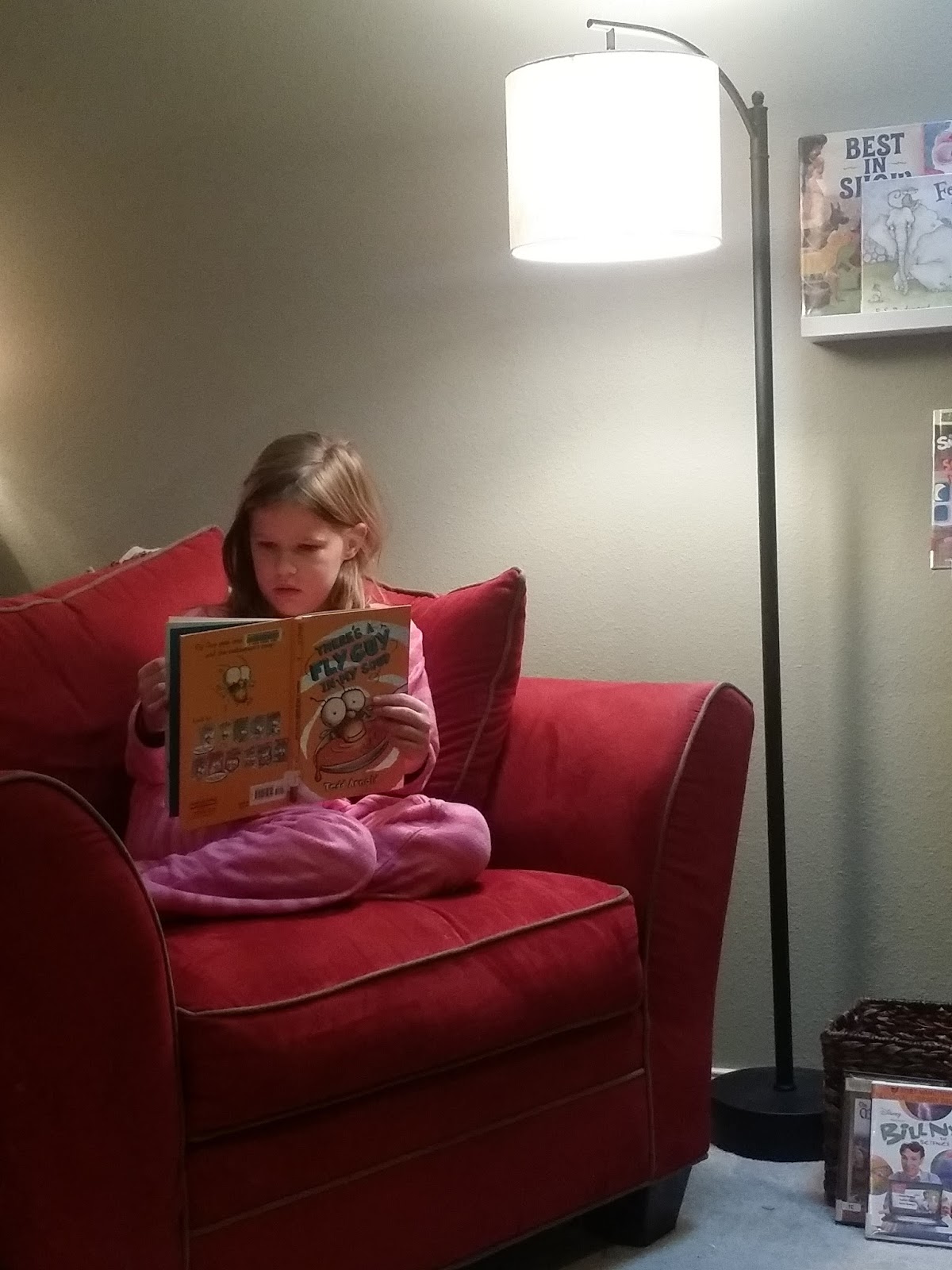 After riding she came in to cozy up and read for a bit. 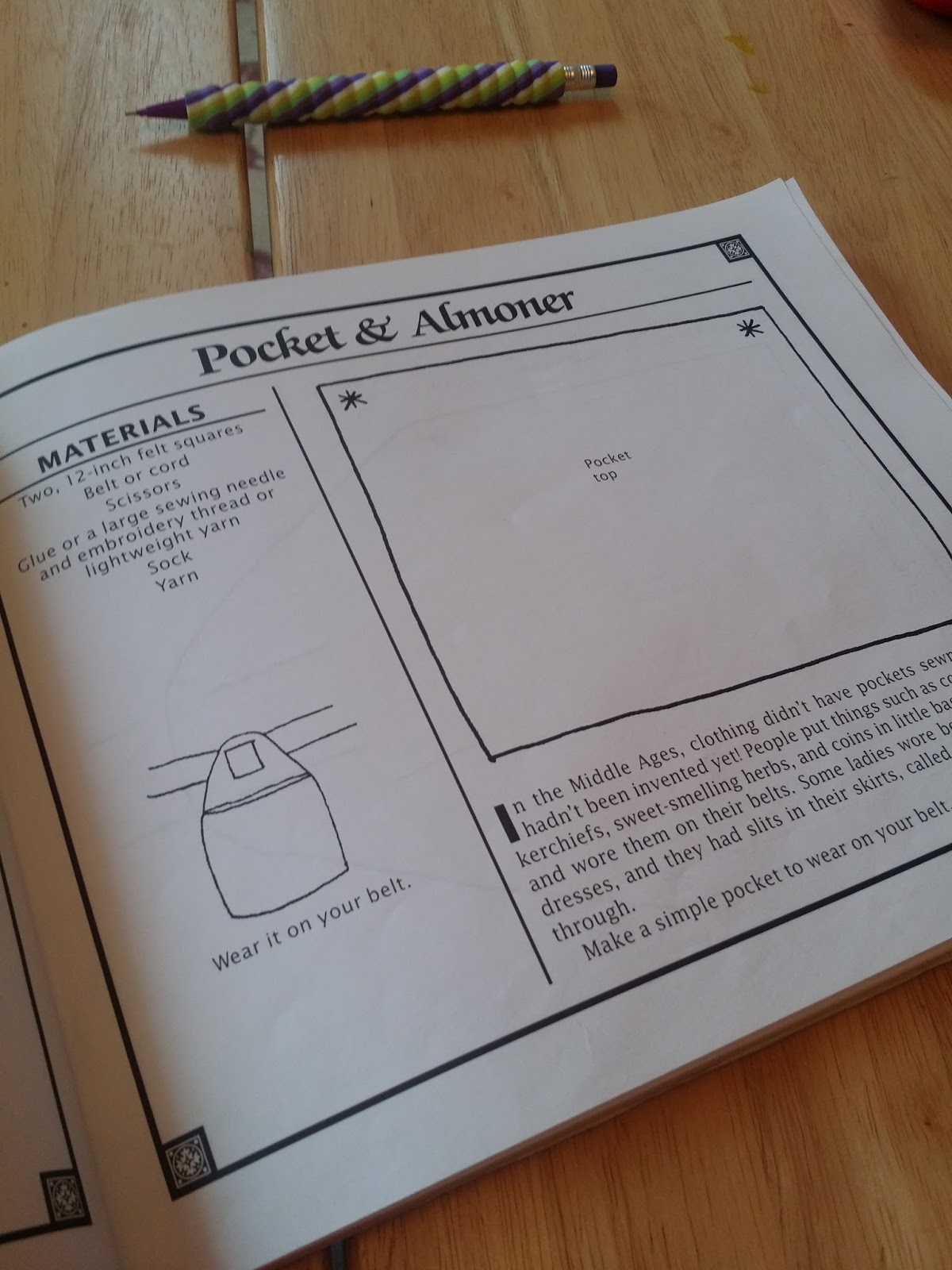 Part of first grade is lots of fun projects, right? We decided to make these pockets that ladies used in the middle ages before they invented sewing pockets straight into an outfit! 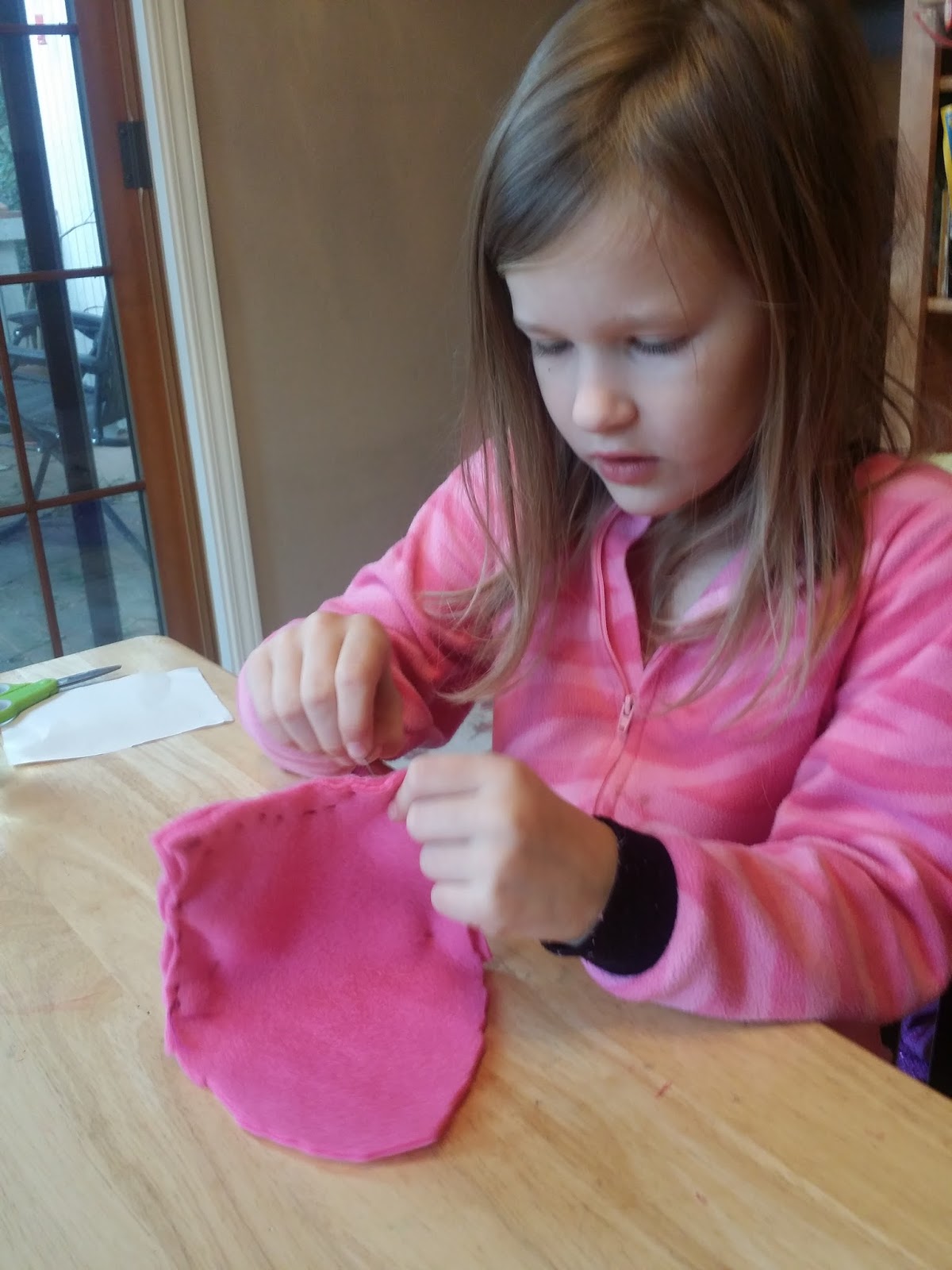 I doubt pockets from the Middle Ages was pink, but that's how my girls roll. Here is Maddie sewing her pocket after cutting out the pattern. 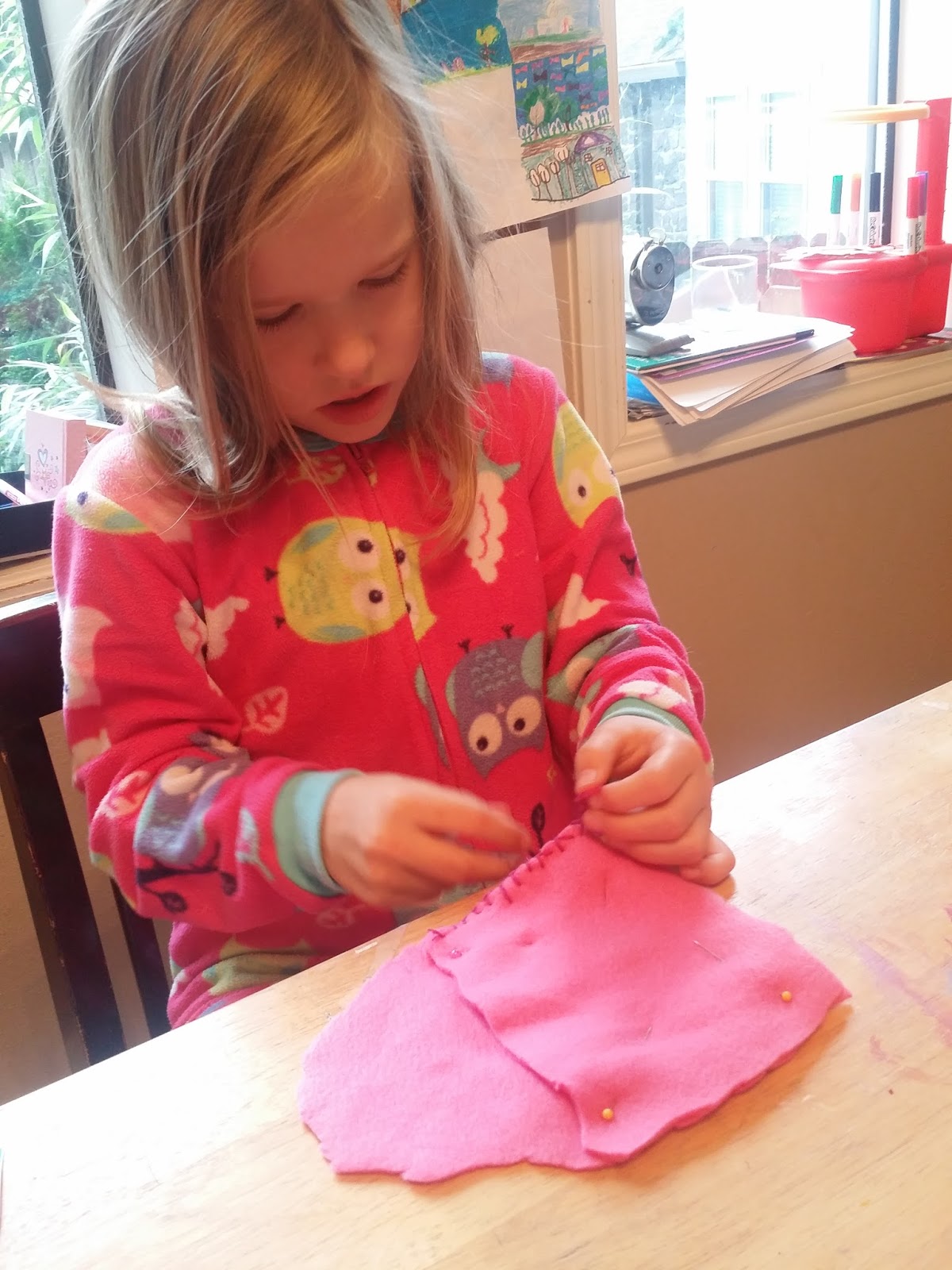 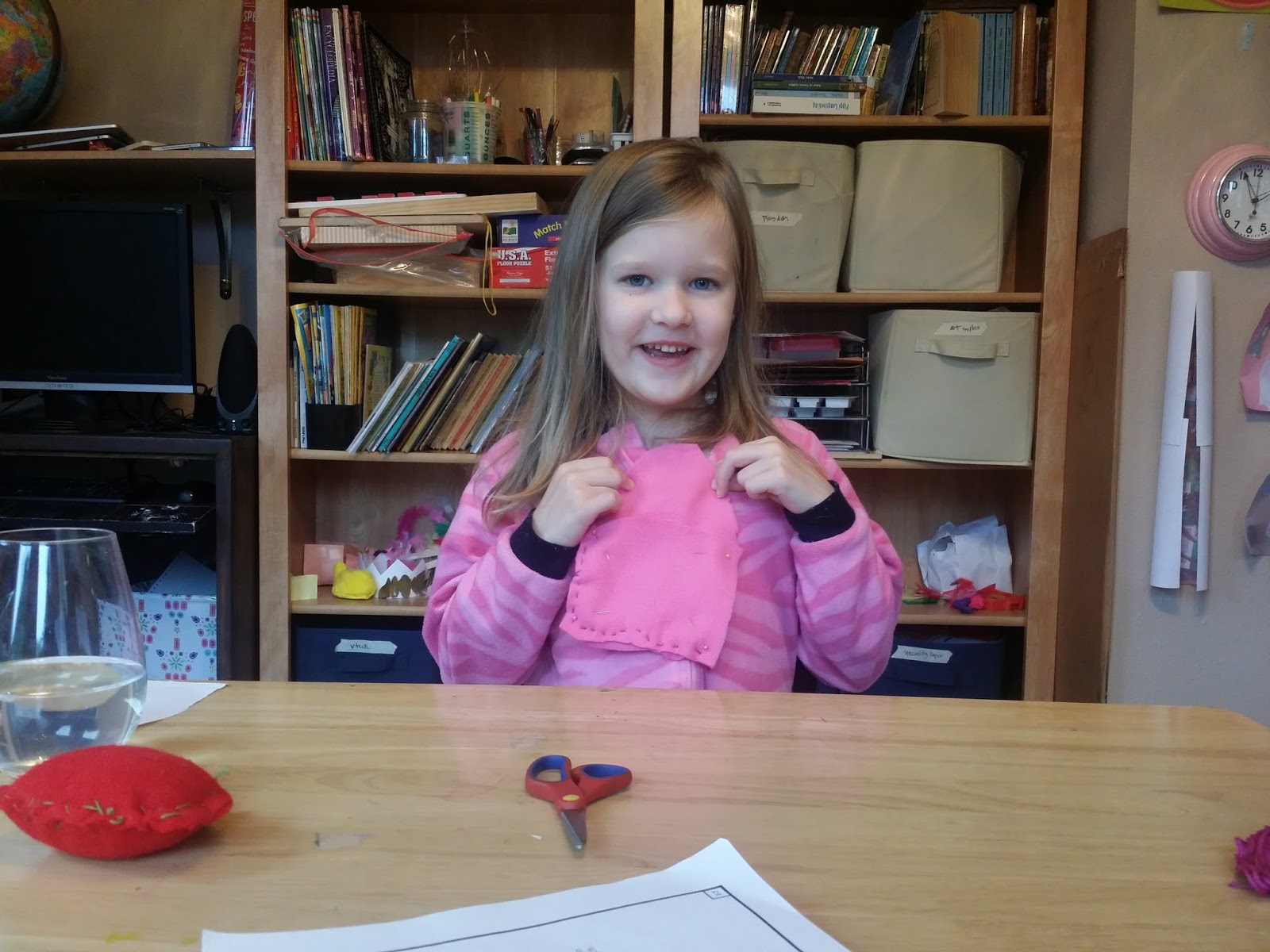 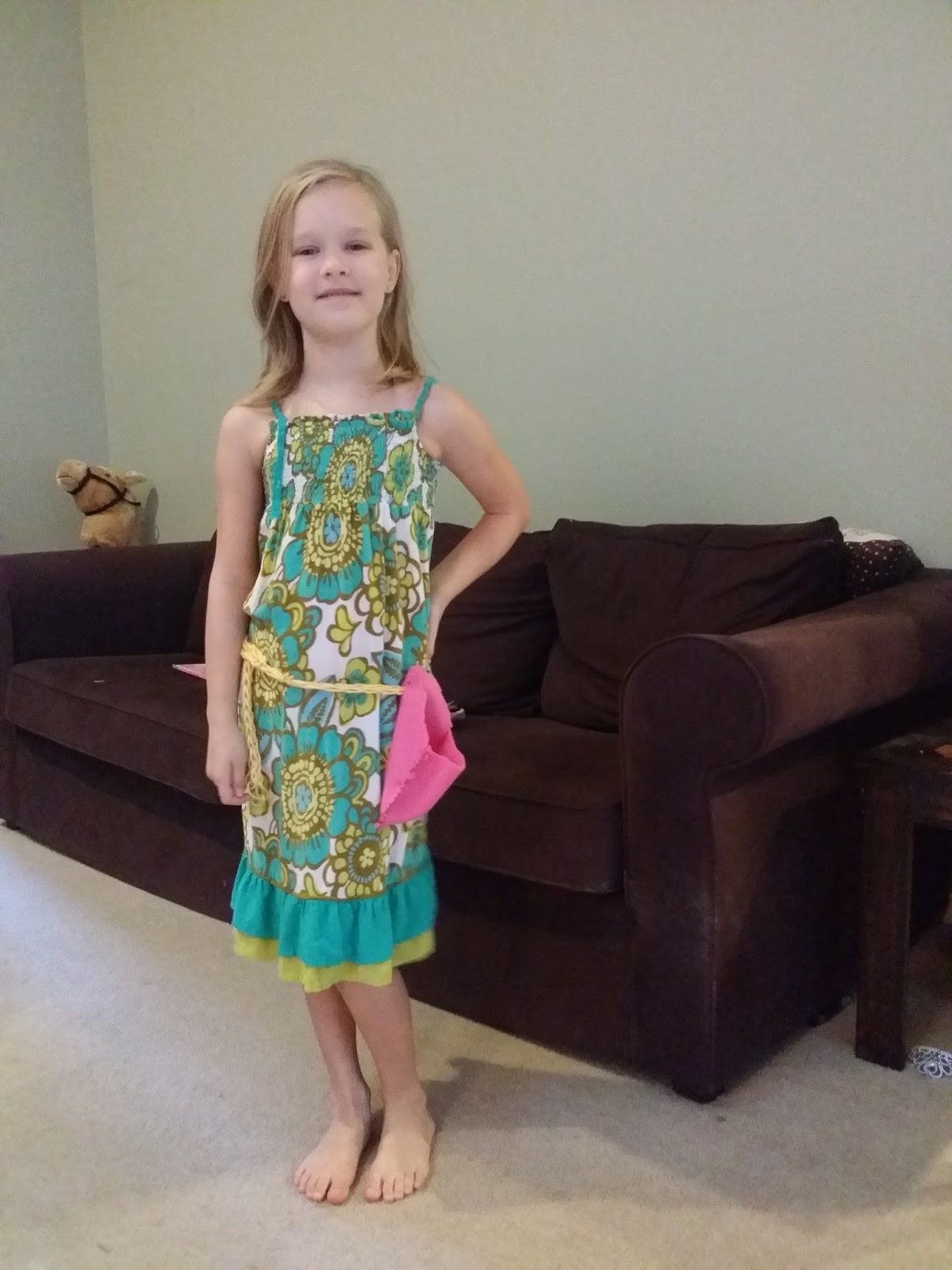 Izzie modeling her pocket, with a belt that she finger knitted. 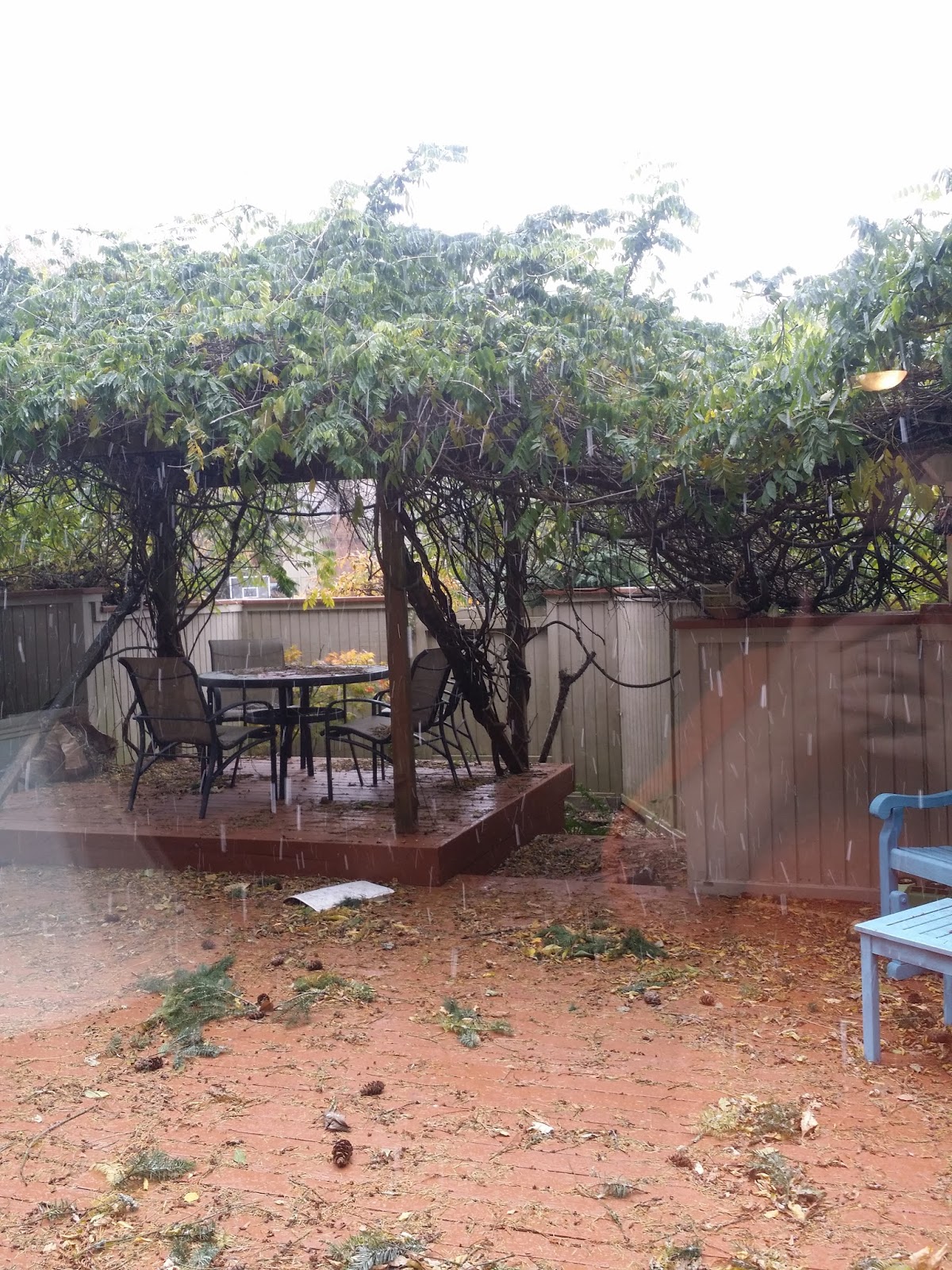 The front deck looked marginally better than the back deck, but only just barley and the roof was pretty covered too. 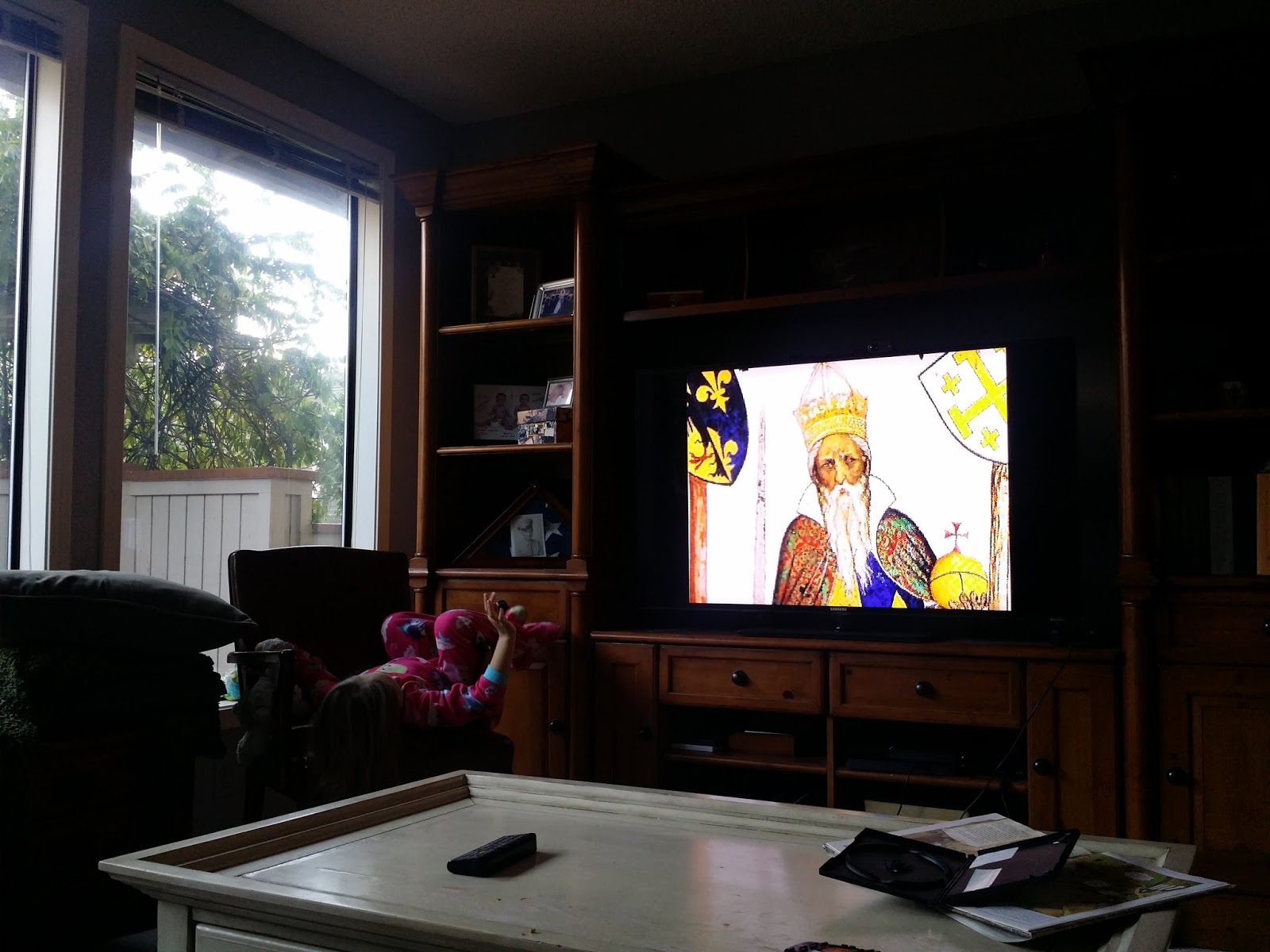 Izzie curled up funny in the chair while we watched a documentary on the Middle Ages. 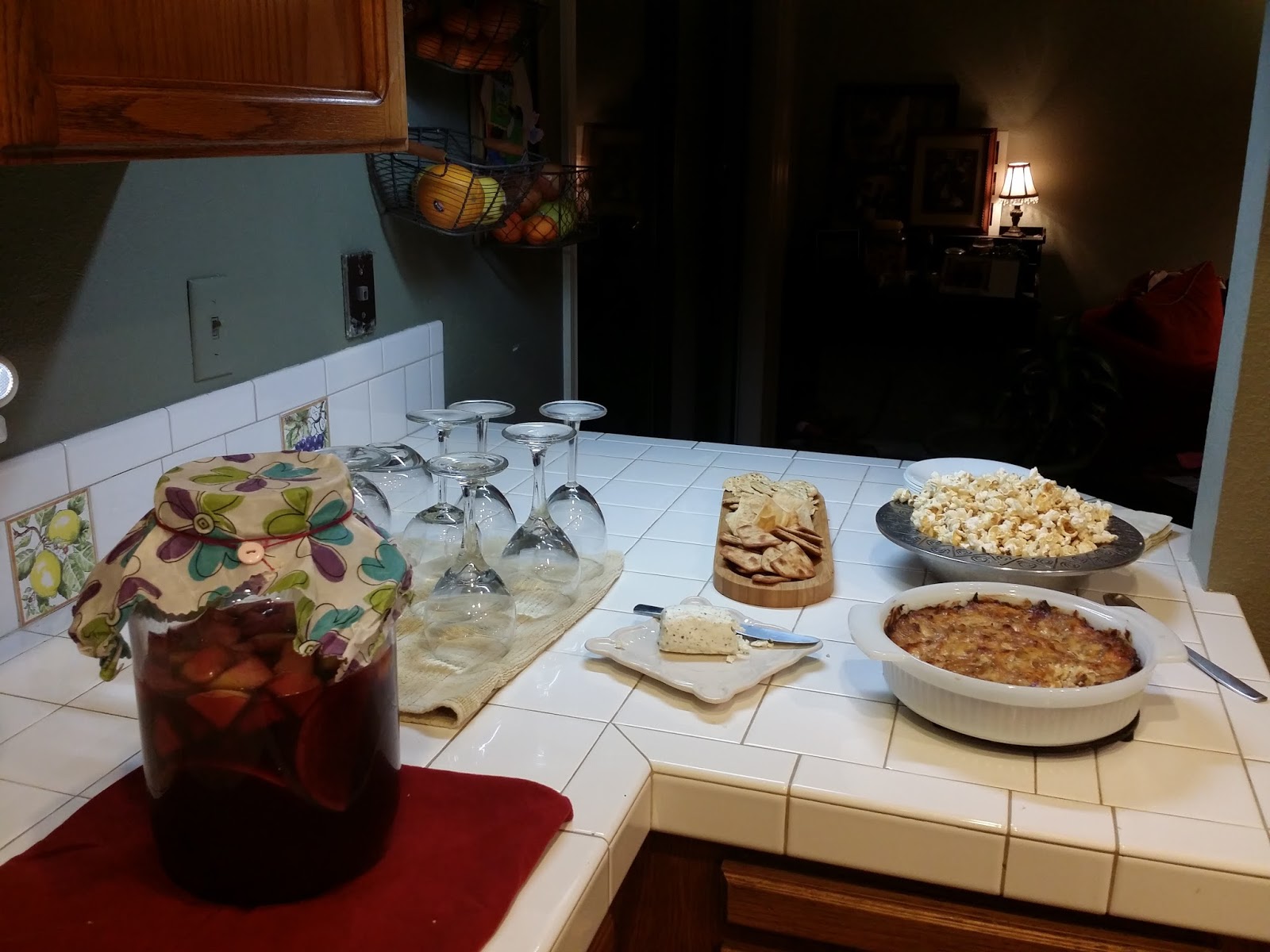 Getting ready for my Moms Night In Craft Party. I made a really awesome Sangria and a caramelized onion dip that was insanely good. I think we all ended up visiting around the food almost more than crafting, but we did get some of our crafting done!
Posted by Amanda at 3:39 PM