Swimming, Swimming in the Swimming Pool 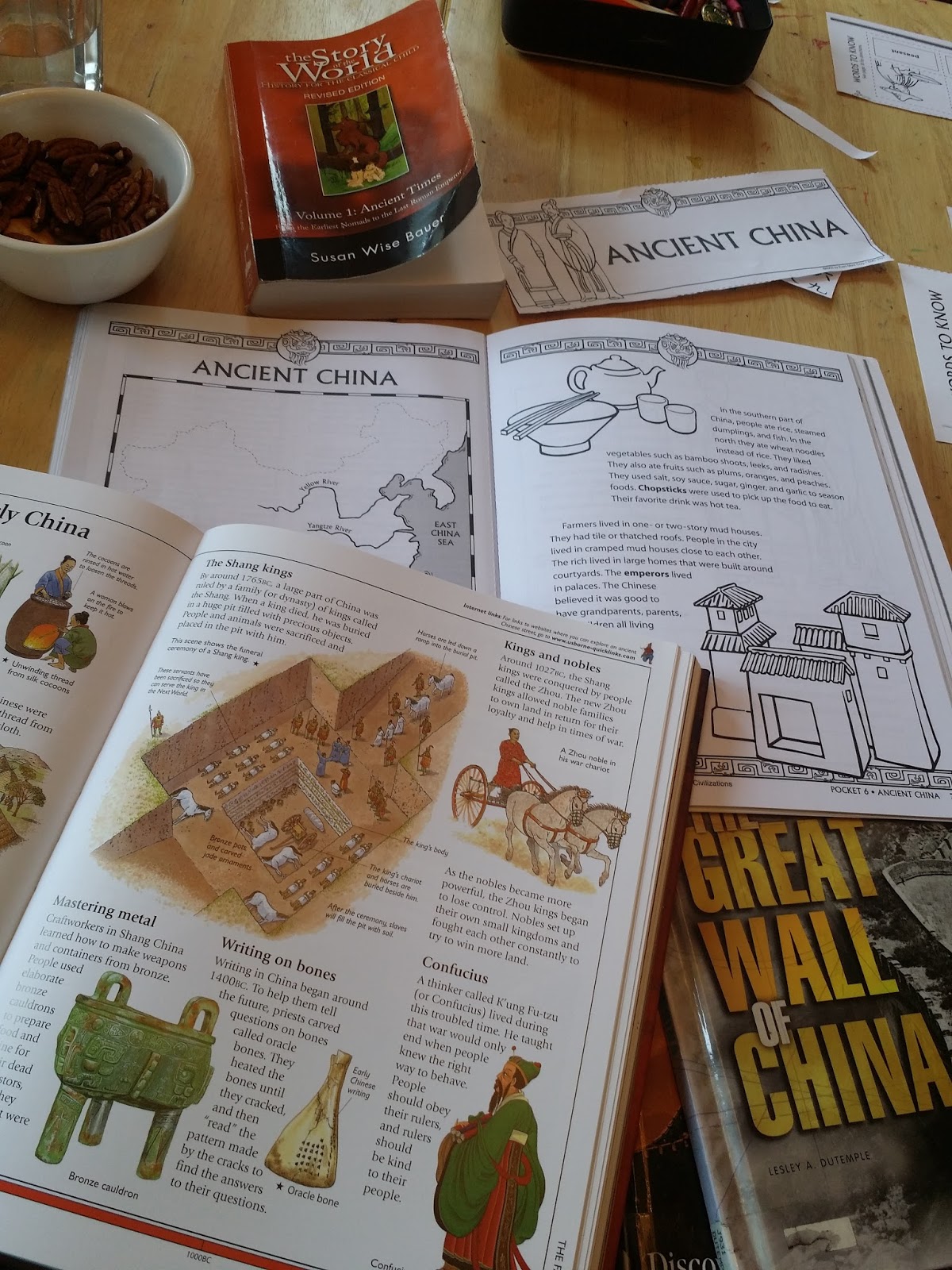 Even though it was summer, we decided to do a little bit of school stuff here and there. Starting our unit on Ancient China was fun. 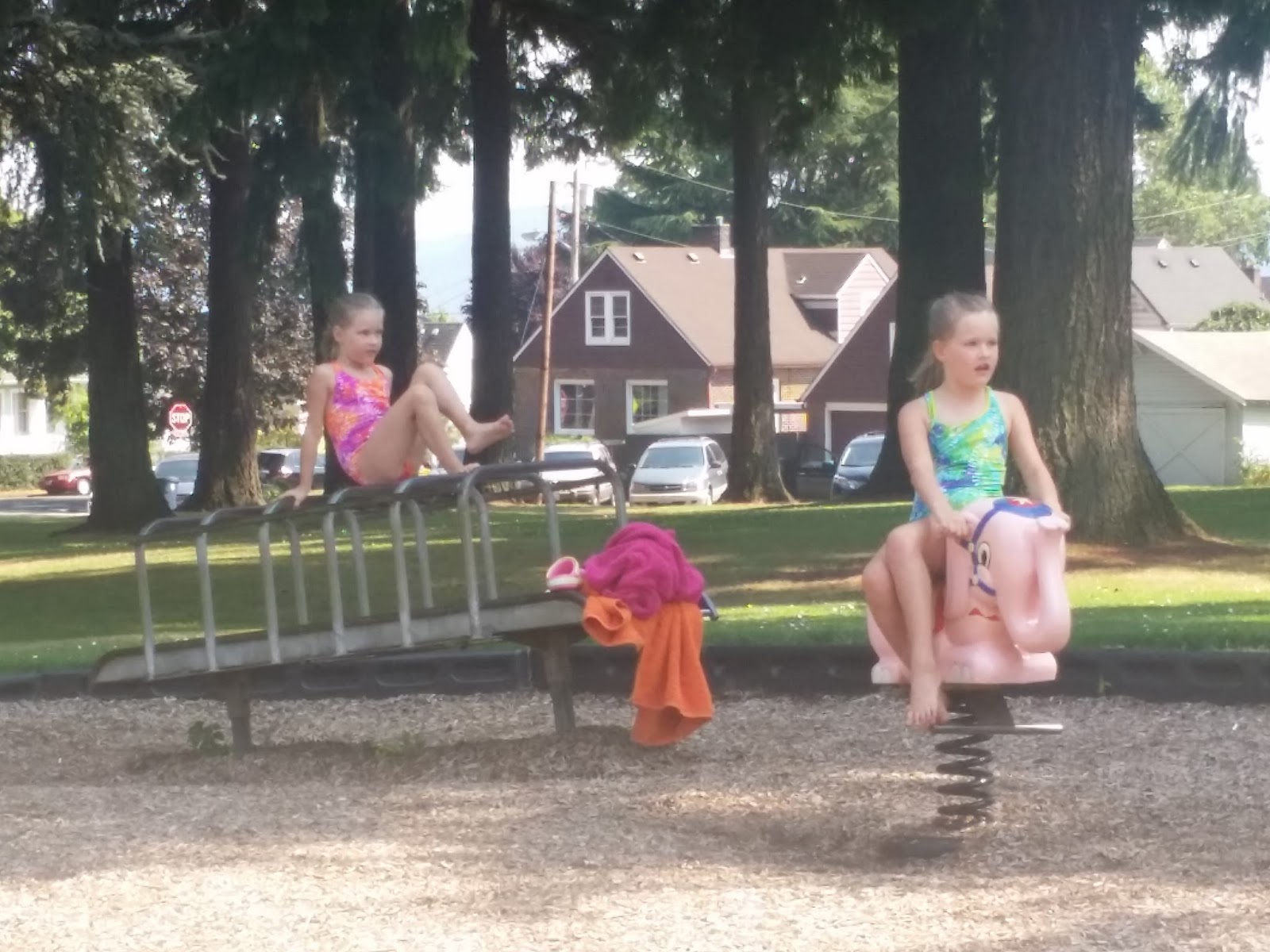 But of course we still had plenty of time to do summer stuff like go swimming. We got to the pool a few minutes before it opened, so Izzie and Maddie played on the "baby" playground for a bit. 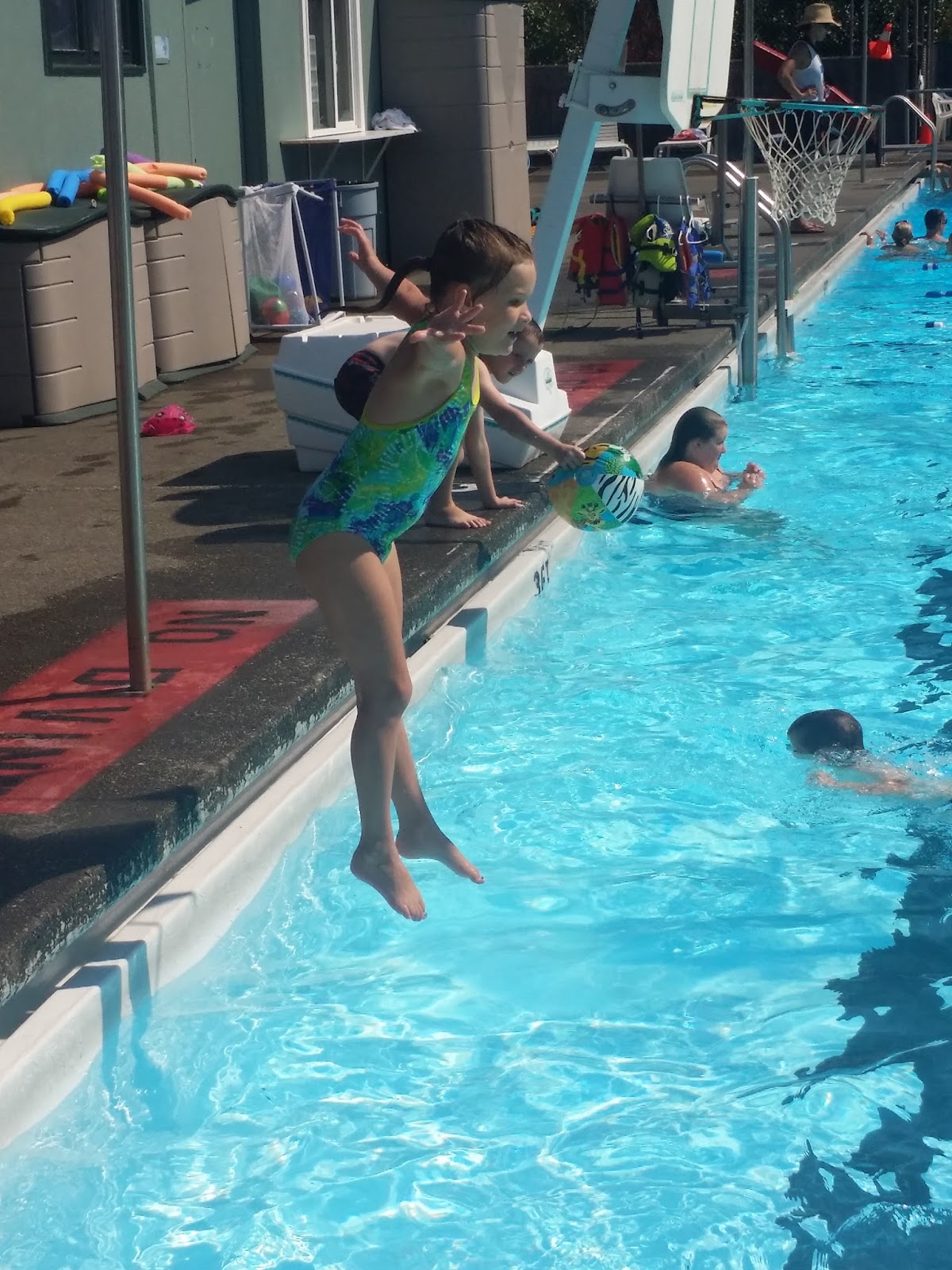 But soon enough they were jumping in the pool. The lifegaurds were a lot more lax with the rules this year and the kids were allowed to jump in from the side of the pool. We spent the first 20 or so minutes of Open Swim time for private lessons with Yours Truly as their instructor. At the beginning of the summer, I thought I wasn't doing a very good job, but then everything clicked and they were doing amazingly by the end of summer. 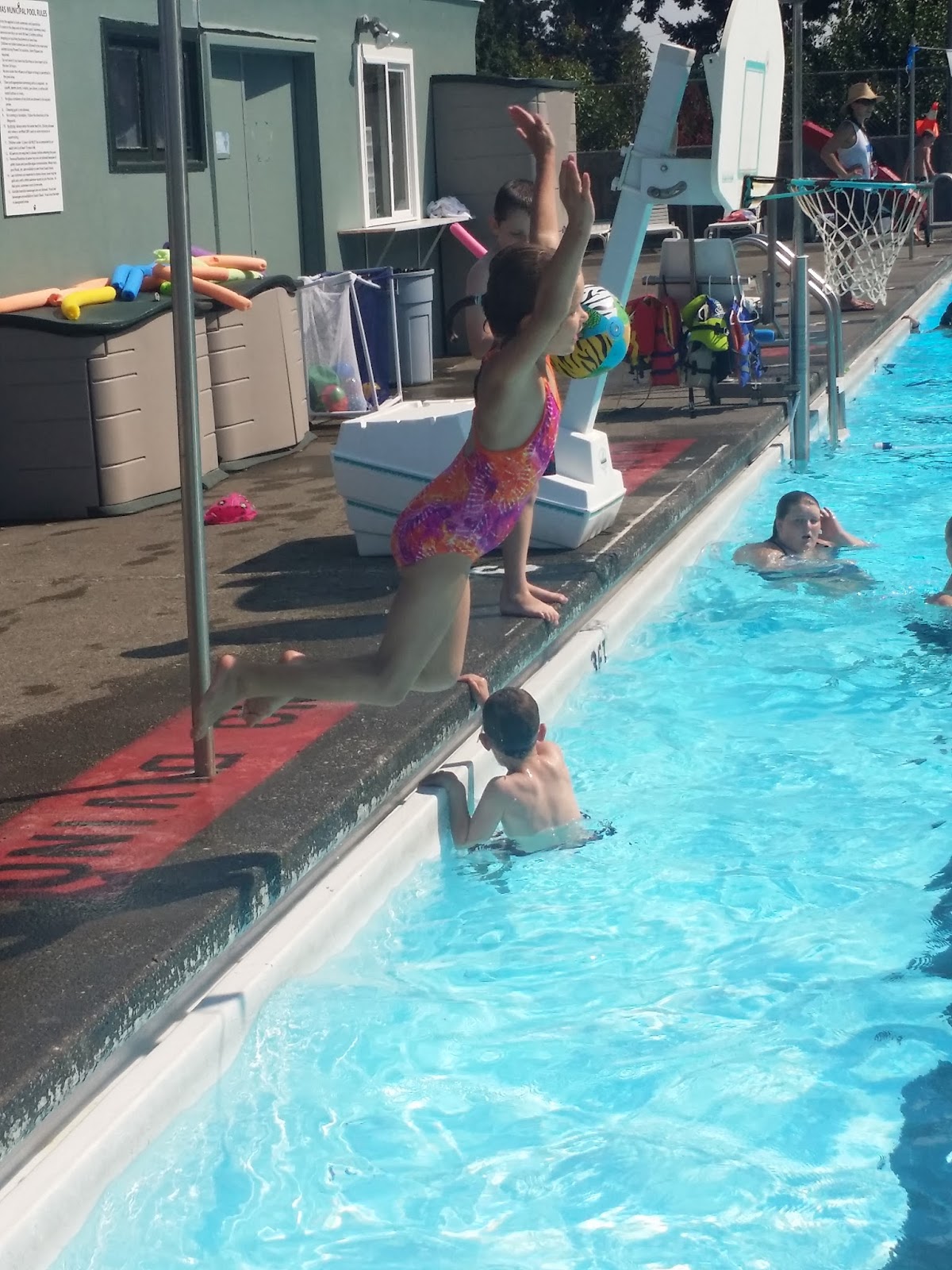 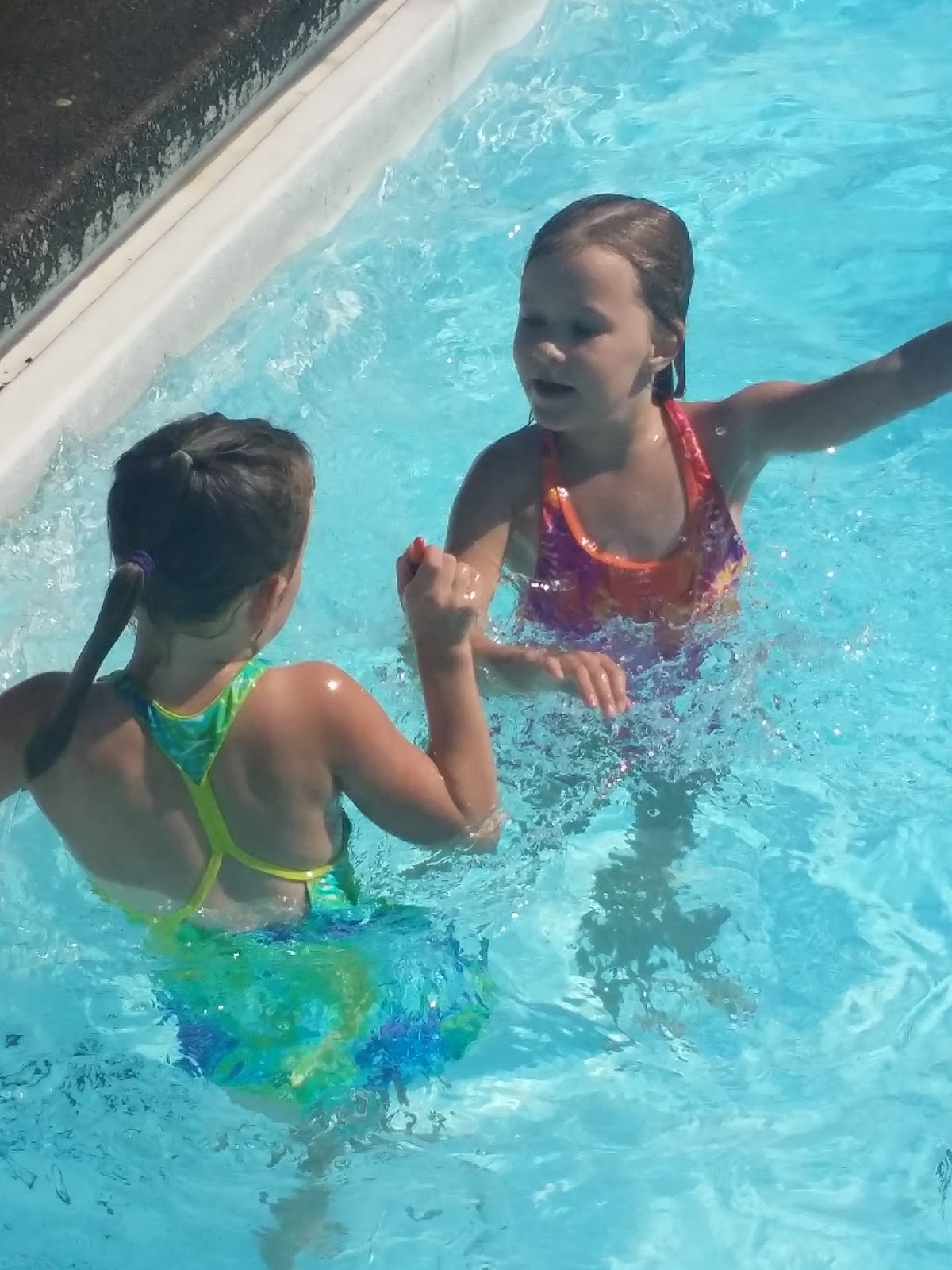 They were excited to be able to swim in the "big" pool this year instead of the baby pool. 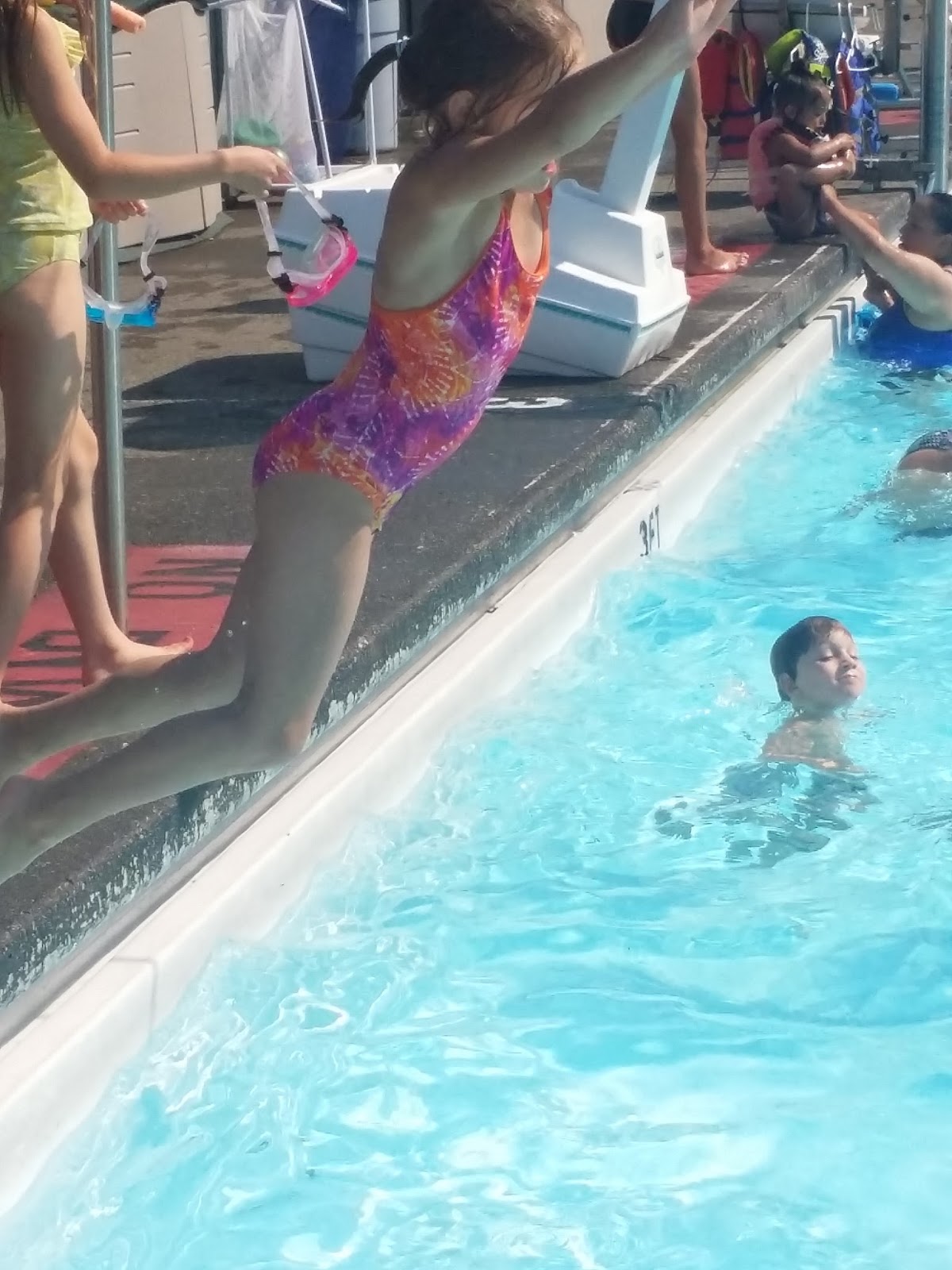 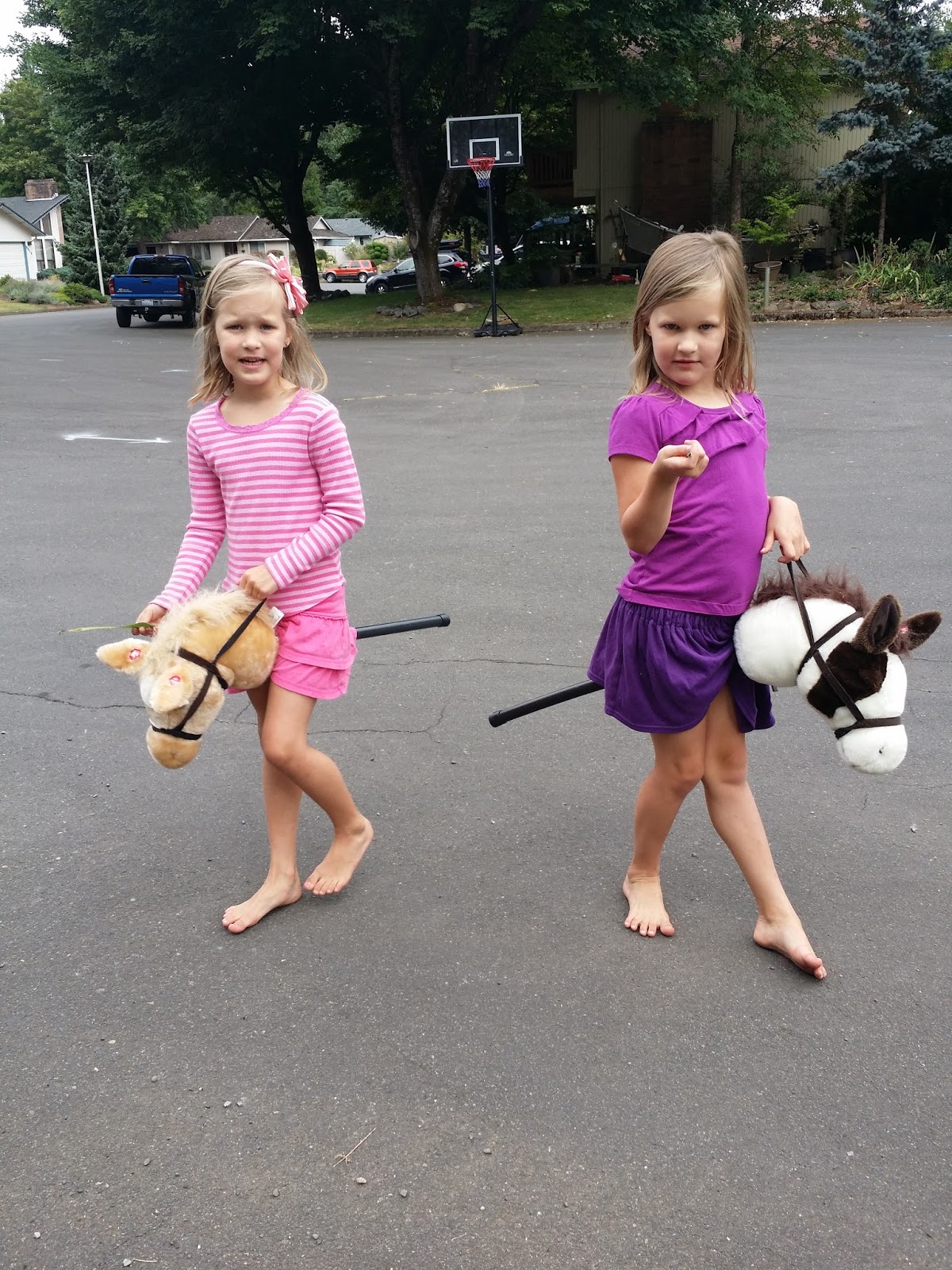 Izzie and Maddie got these stick hoses from their Aunt Judy when they were toddlers, but for the most part they really never played with them. I thought they jut didn't really like them and almost sold them. Glad I held on to them because their imaginative play has taken off this summer and these guys were constant companions. They named them Peach and Spaghetti. We aren't sure where the name Spaghetti came from. 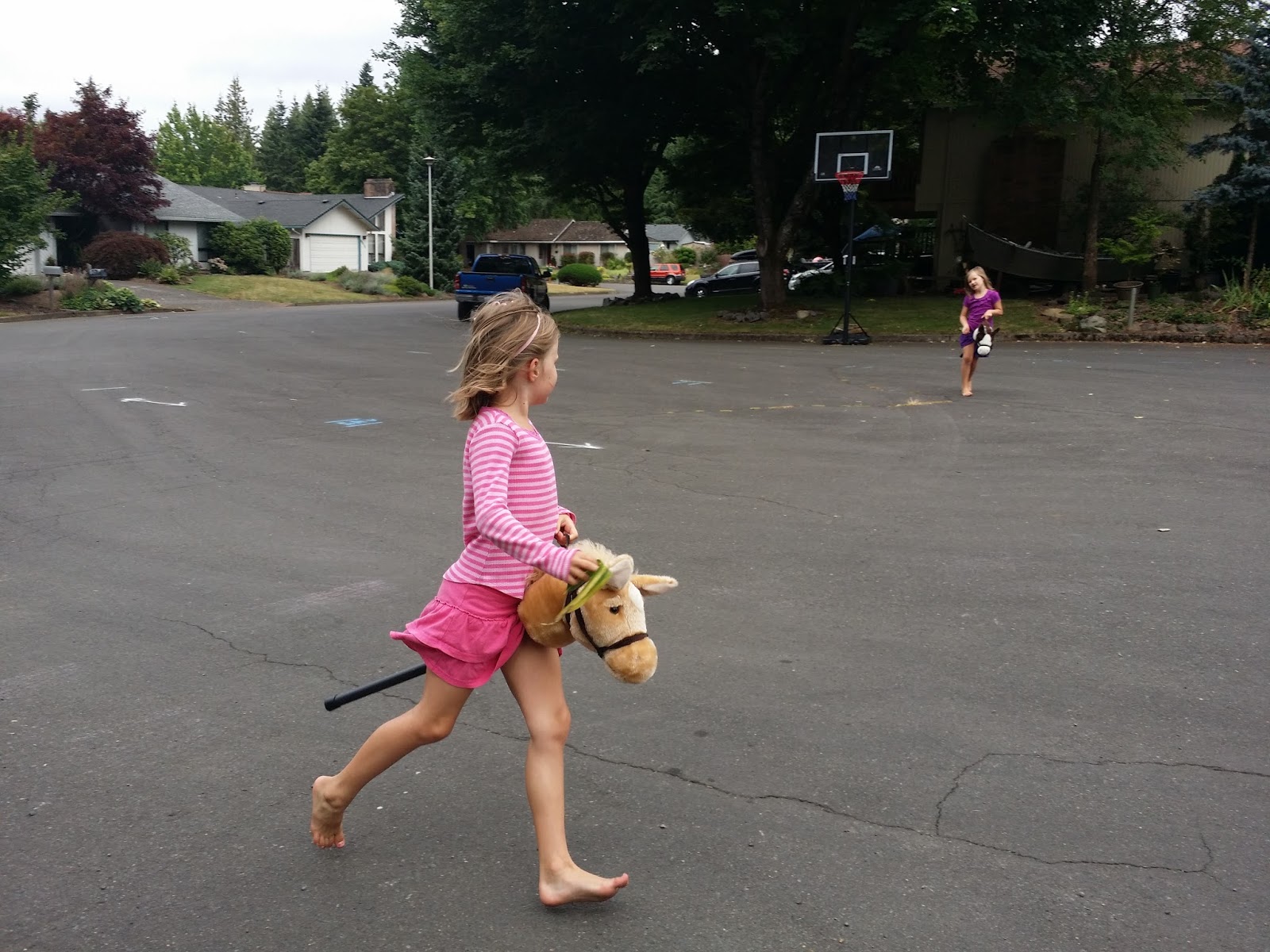 Izzie riding Peach with Maddie on Spaghetti way back there. 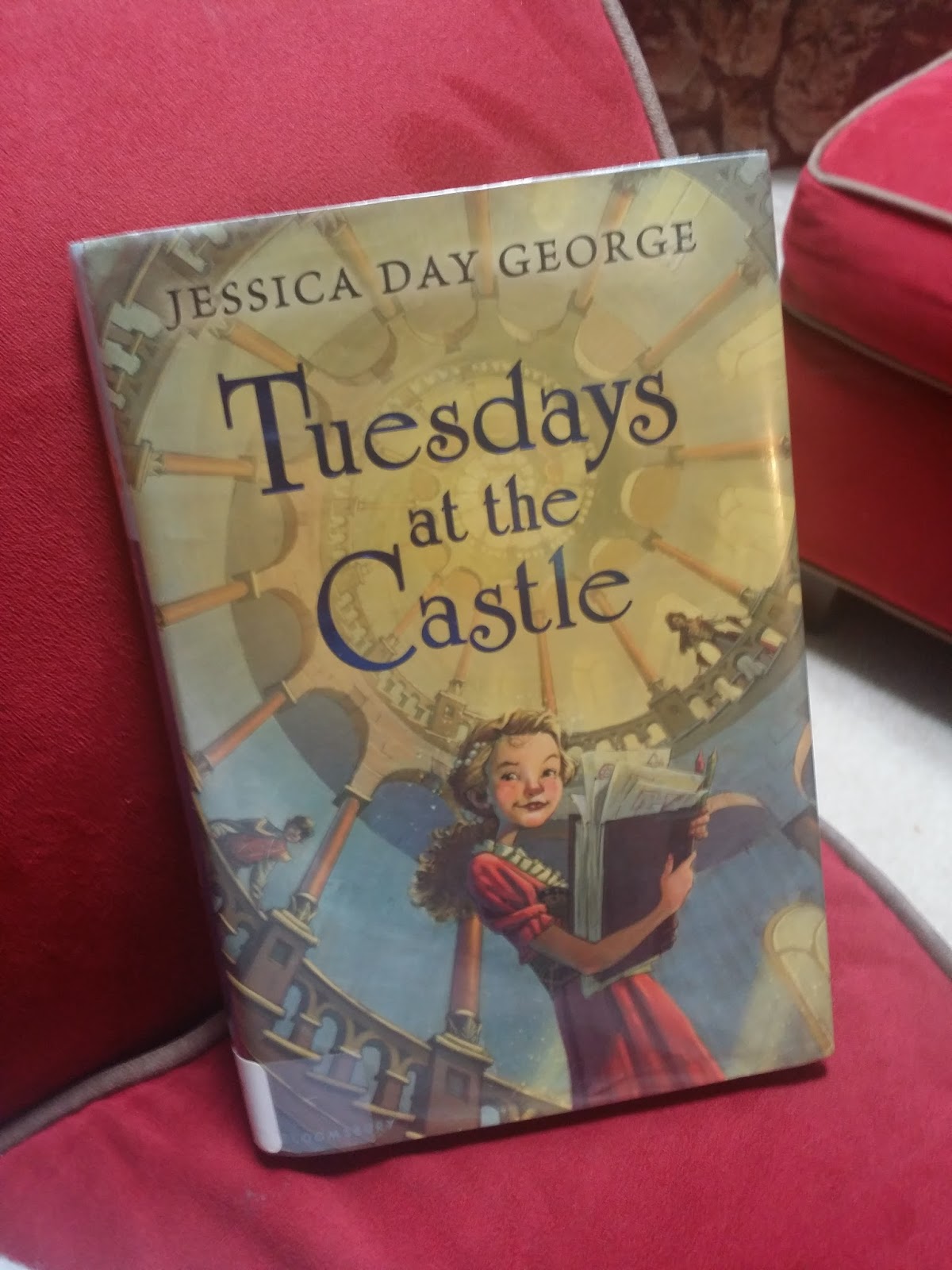 We've read the first two in this series and they are such fun books. All about a magical castle that can create rooms as needed and a group of siblings that band together to overcome adversity. The third one is out, but we are waiting for our library to buy it. In the meantime we've moved on to the A Series of Unfortunate Events books for bedtime reading and we are listening to The Land of Stories trilogy in the car.
Posted by Amanda at 2:33 PM