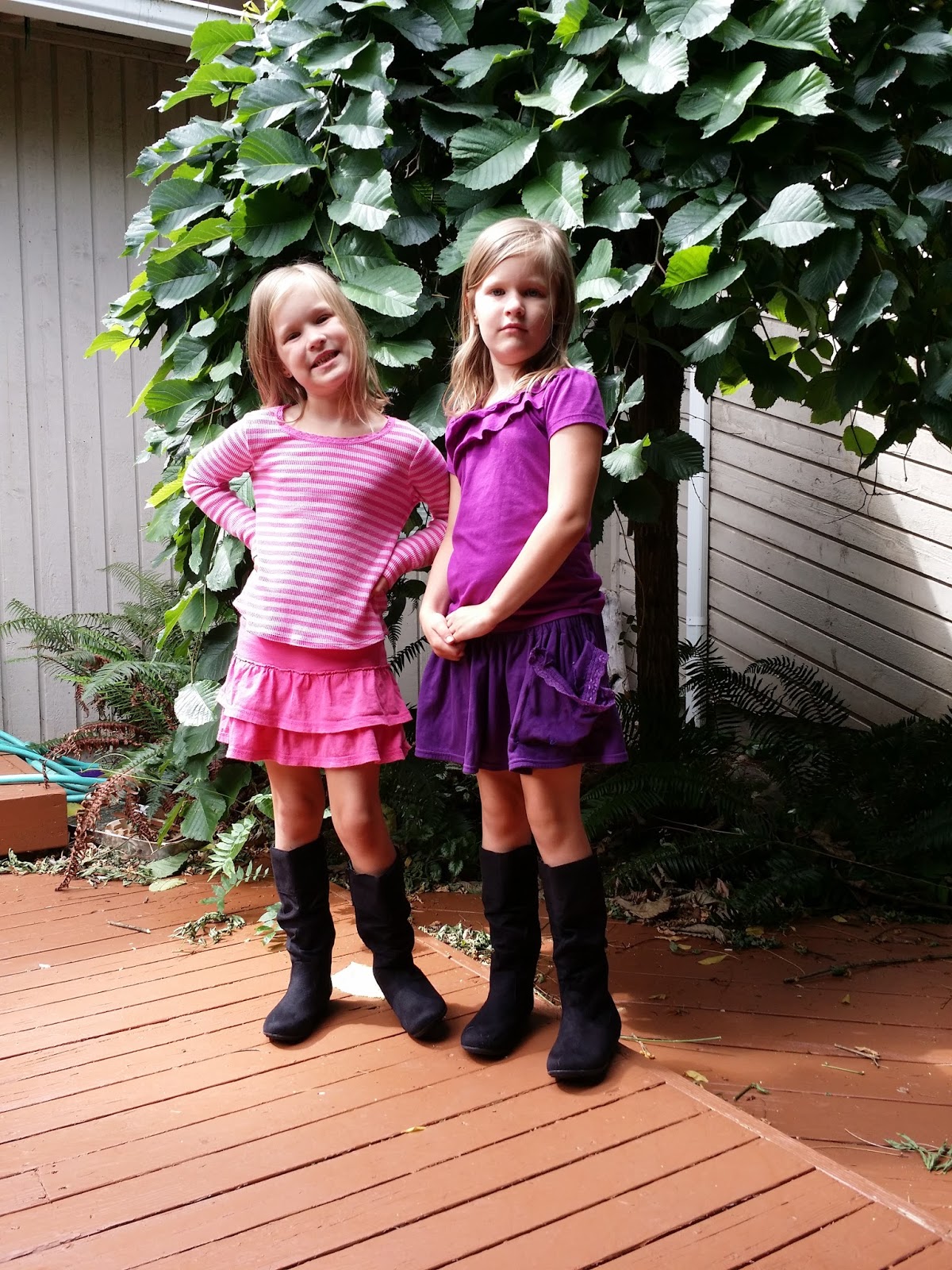 Izzie and Maddie showing off boots we got on sale to wear this fall/winter. I bought them hoping they'd still fit! Sure enough, as it got cold enough to wear them, Izzie was up a size. But I lucked out, Target still had them and I was able to exchange for a larger size and still at the sale price. 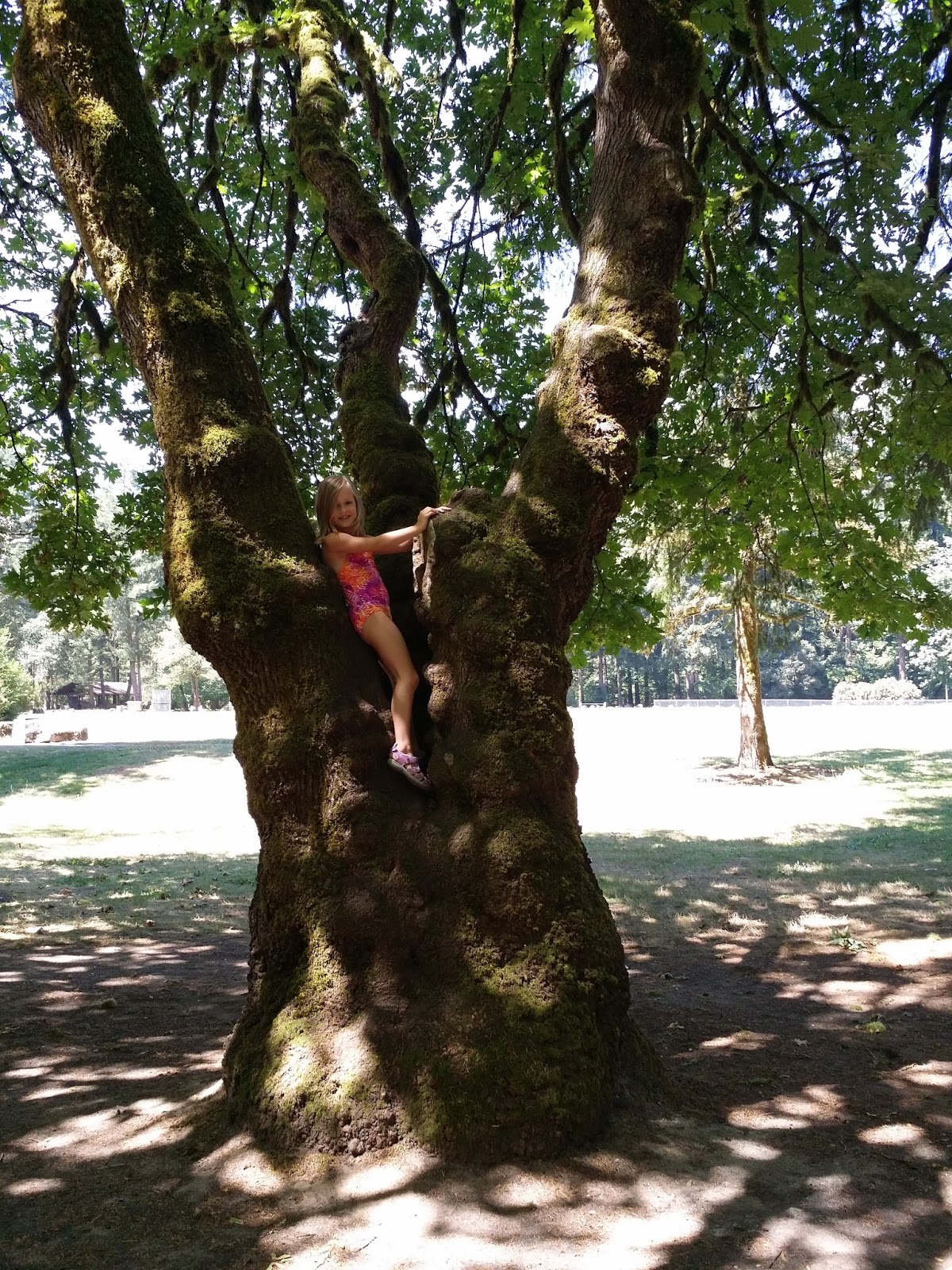 Summer 2014 should be remembered as the year that Izzie tried climbing ALL the trees she could. She really had fun, trying to find the perfect climbing tree. She also told Nanna and Popo that when they moved here the only requirement for their home is that it has a climbing tree in the yard. 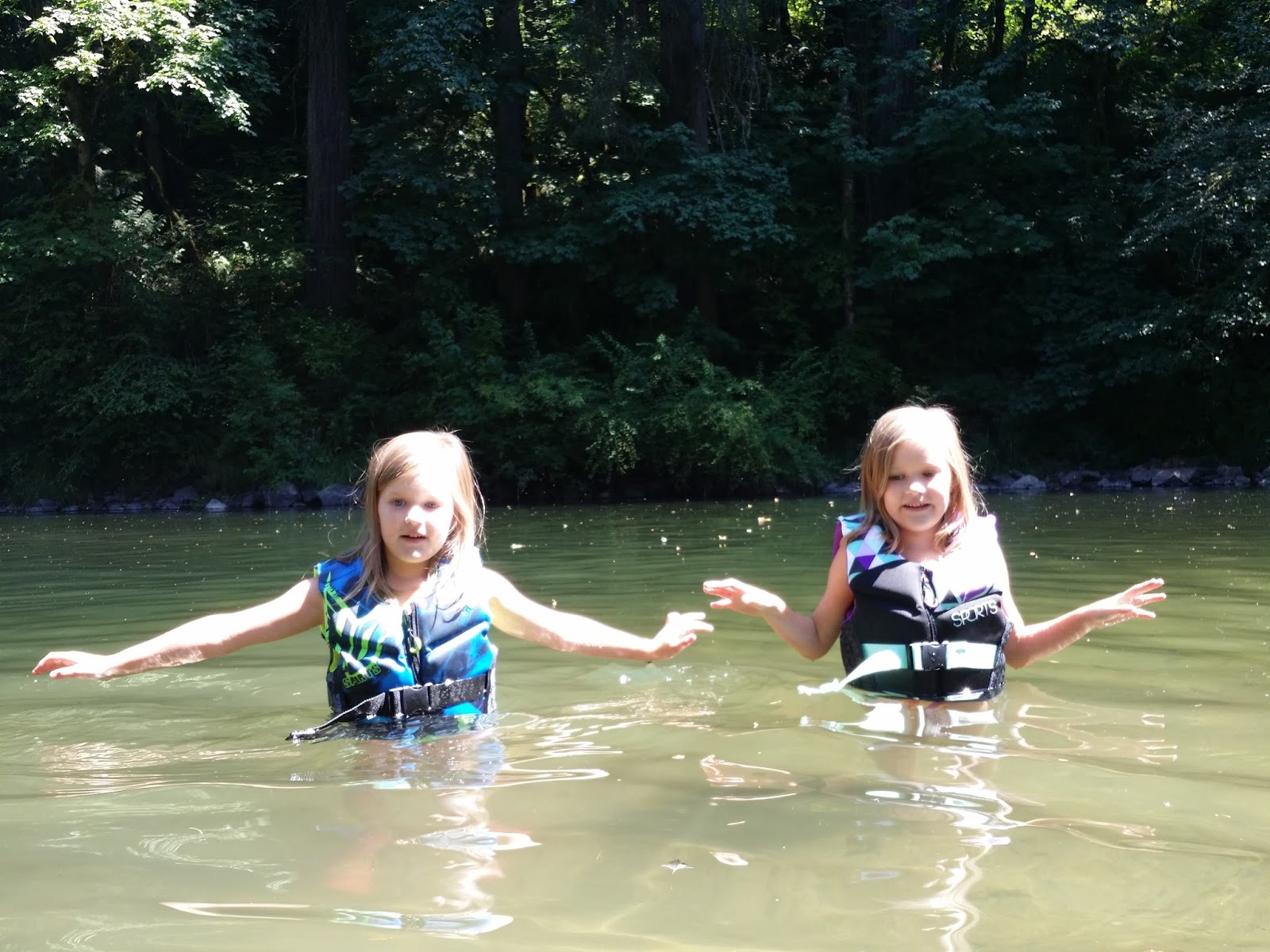 Maddie and Izzie in the Lewisville River. We went with John and had so much fun, that we came back during the week so it wouldn't be as crowded. 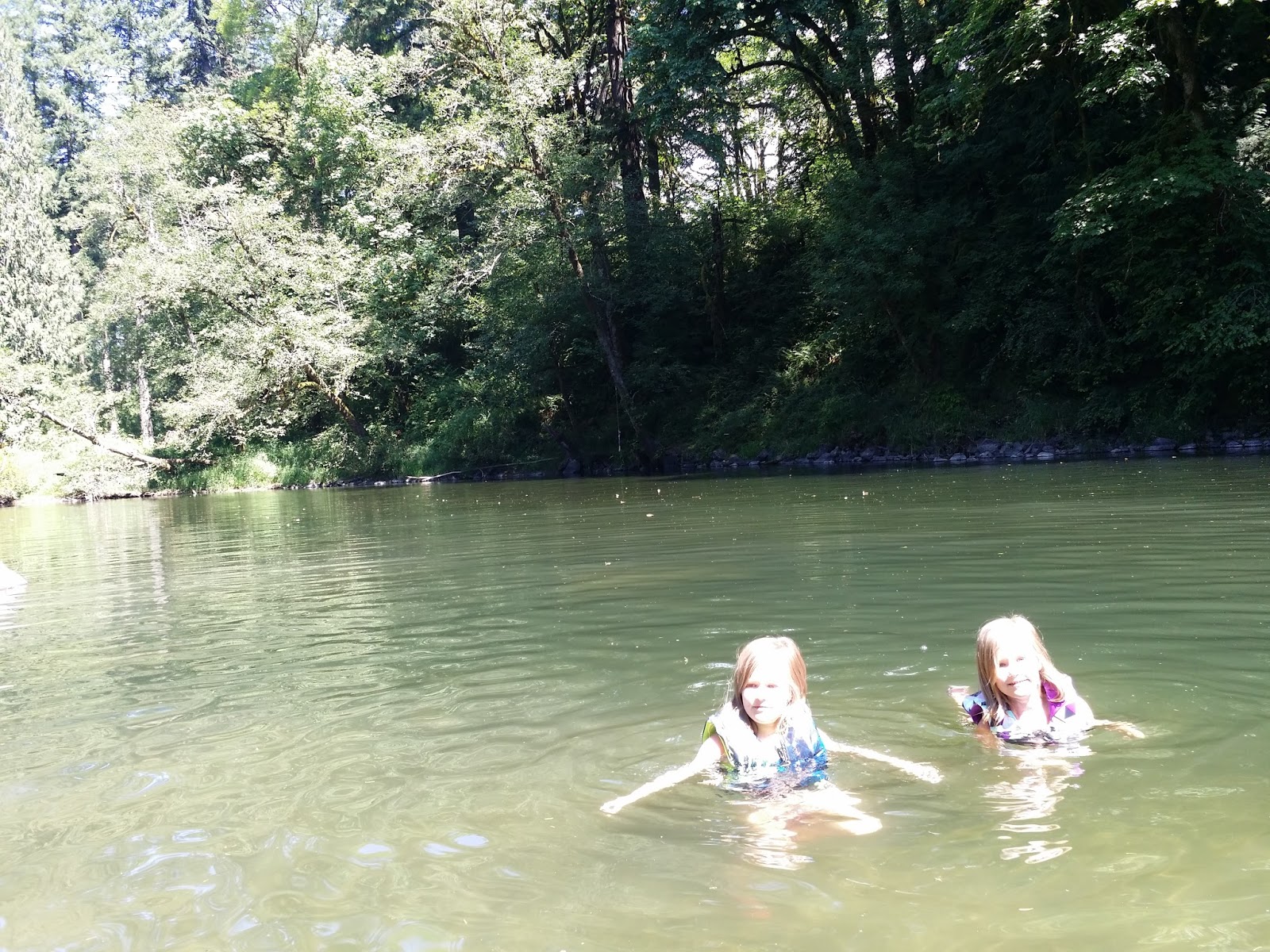 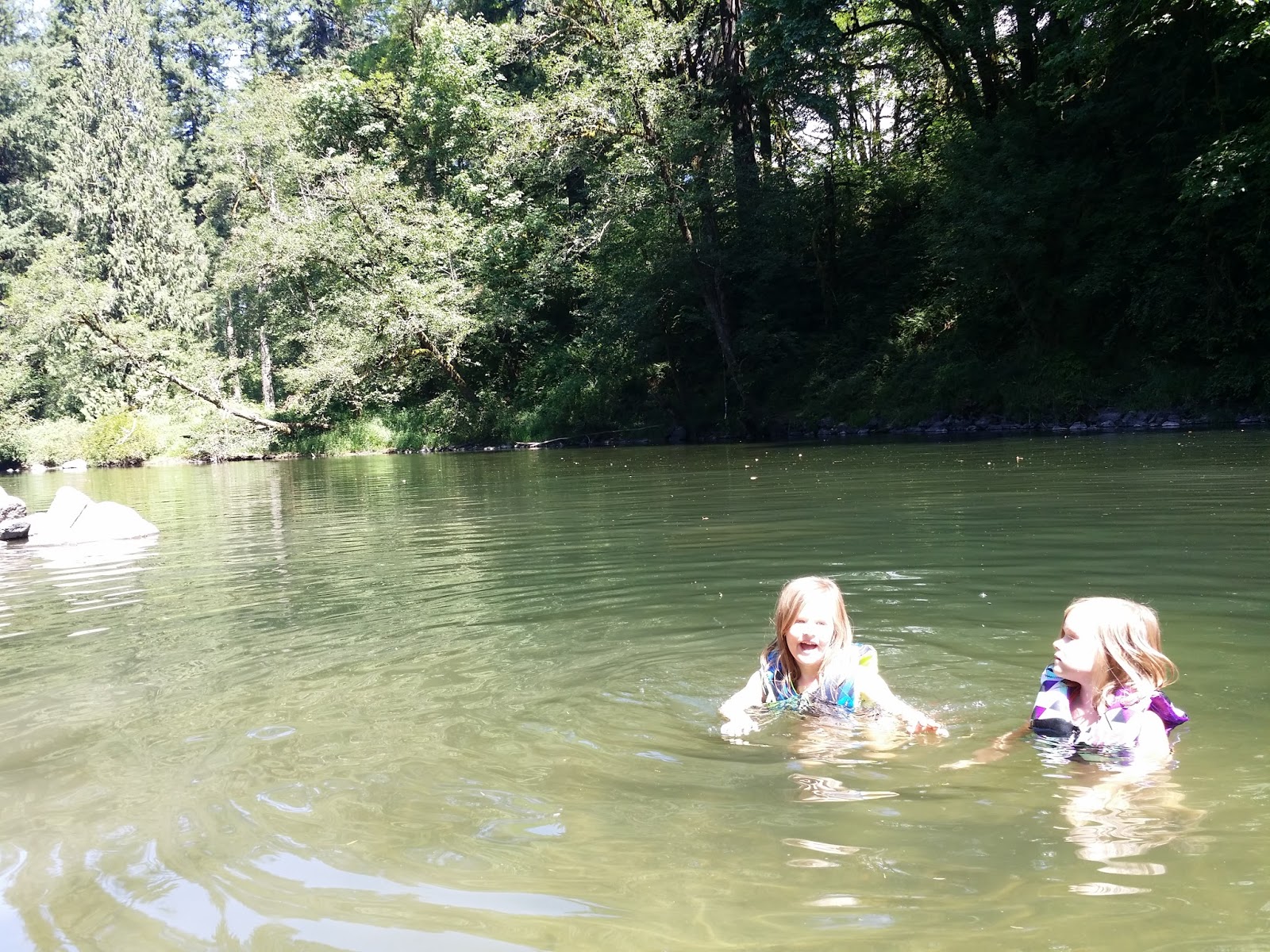 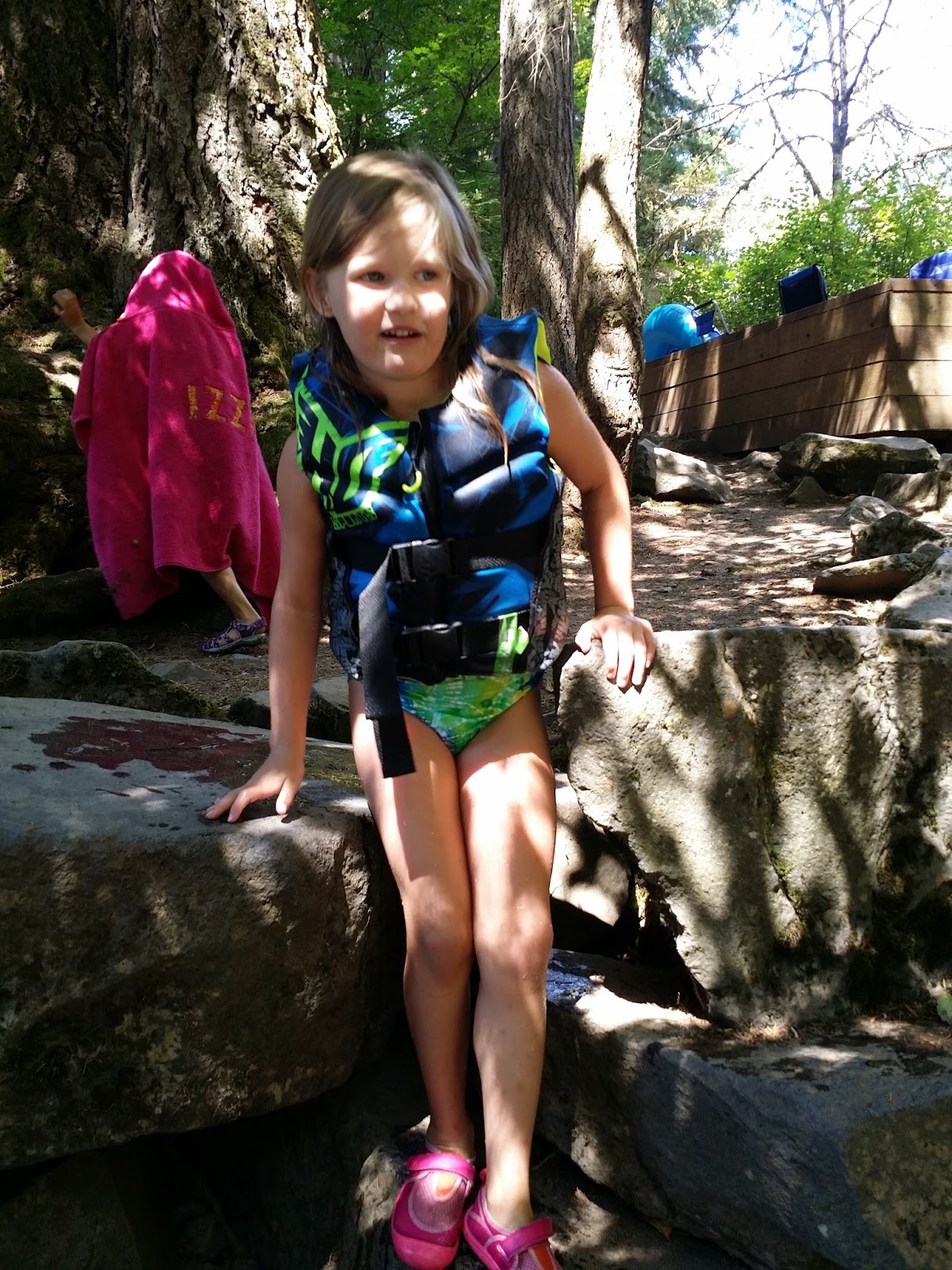 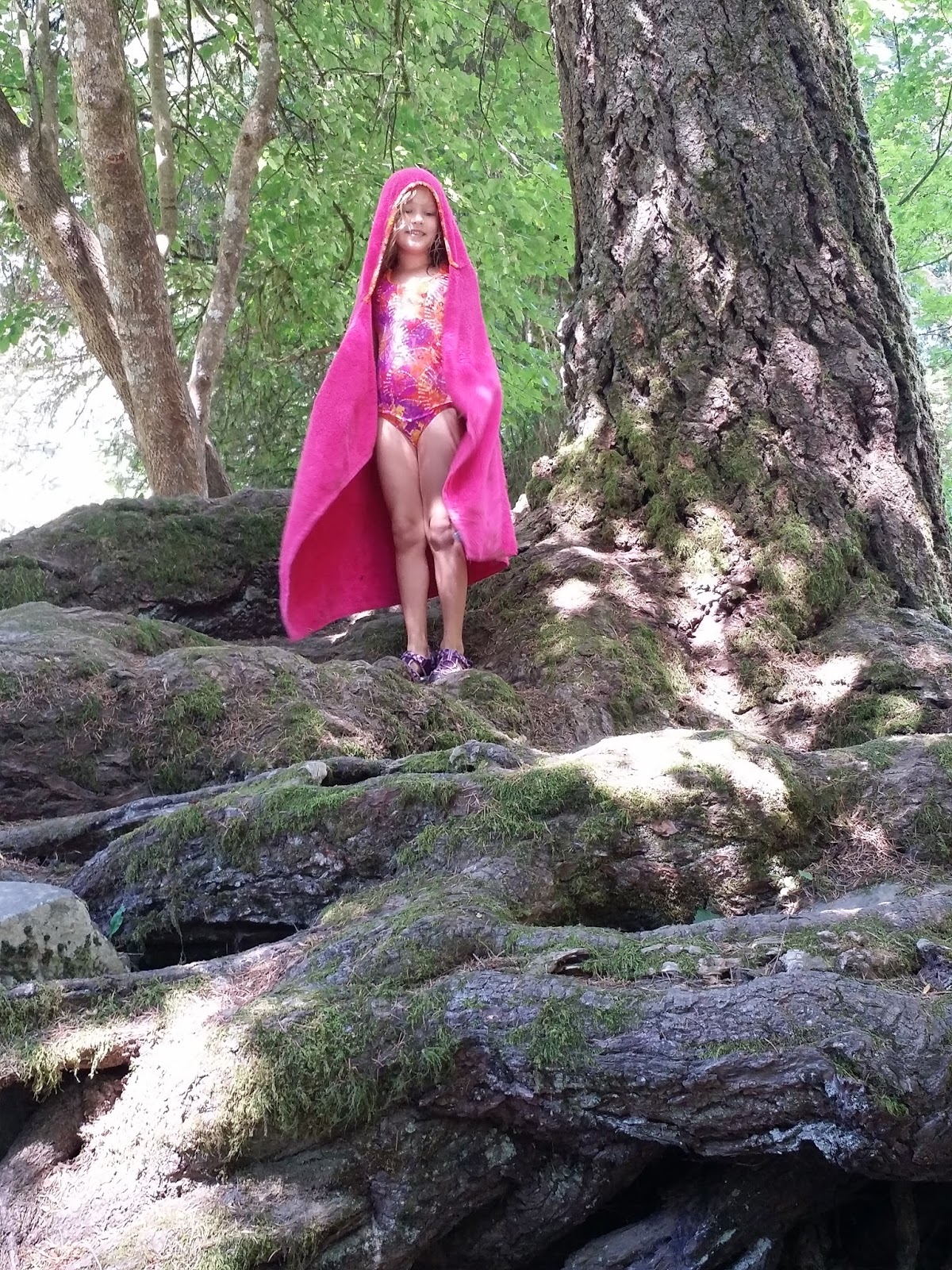 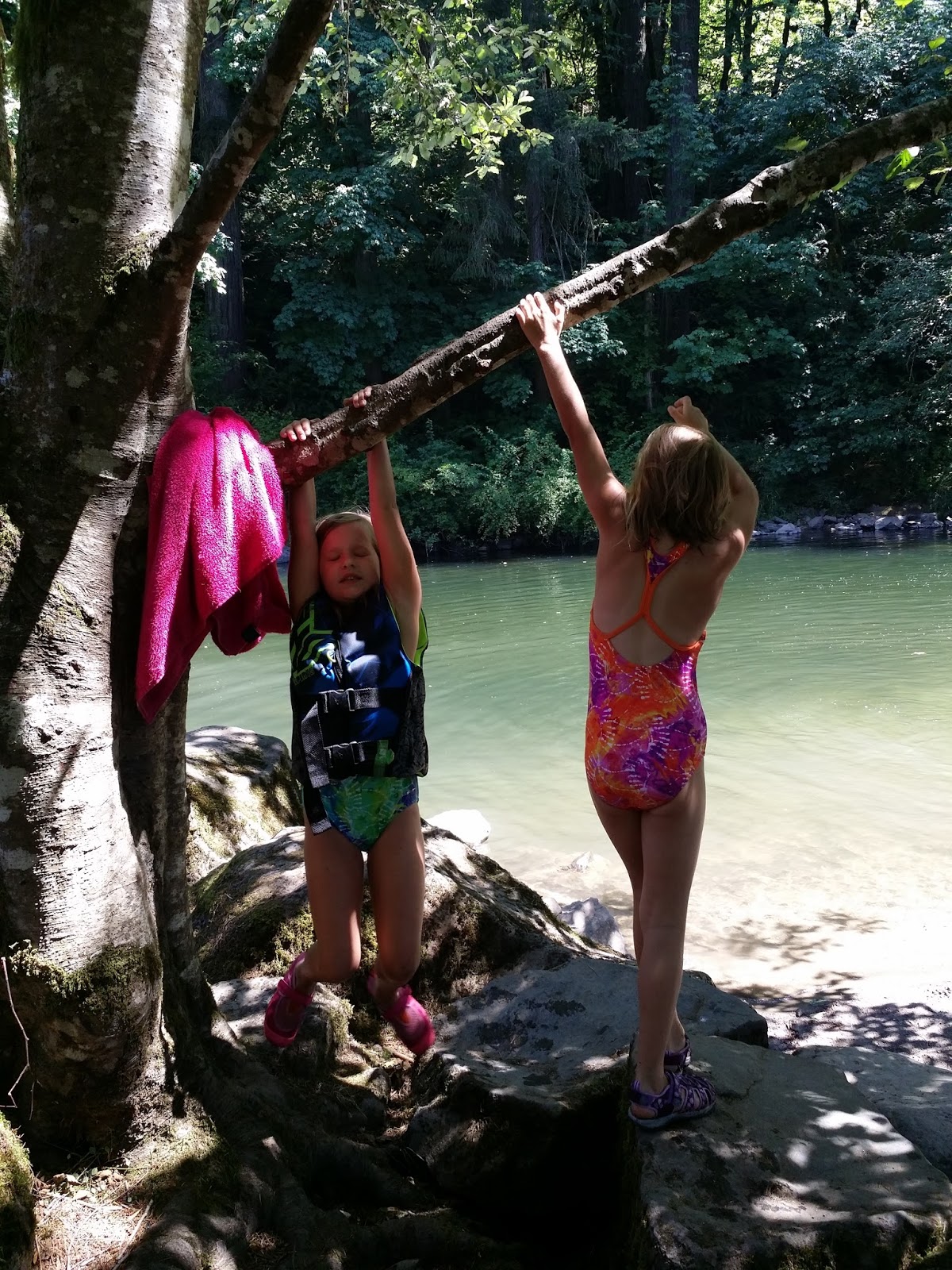 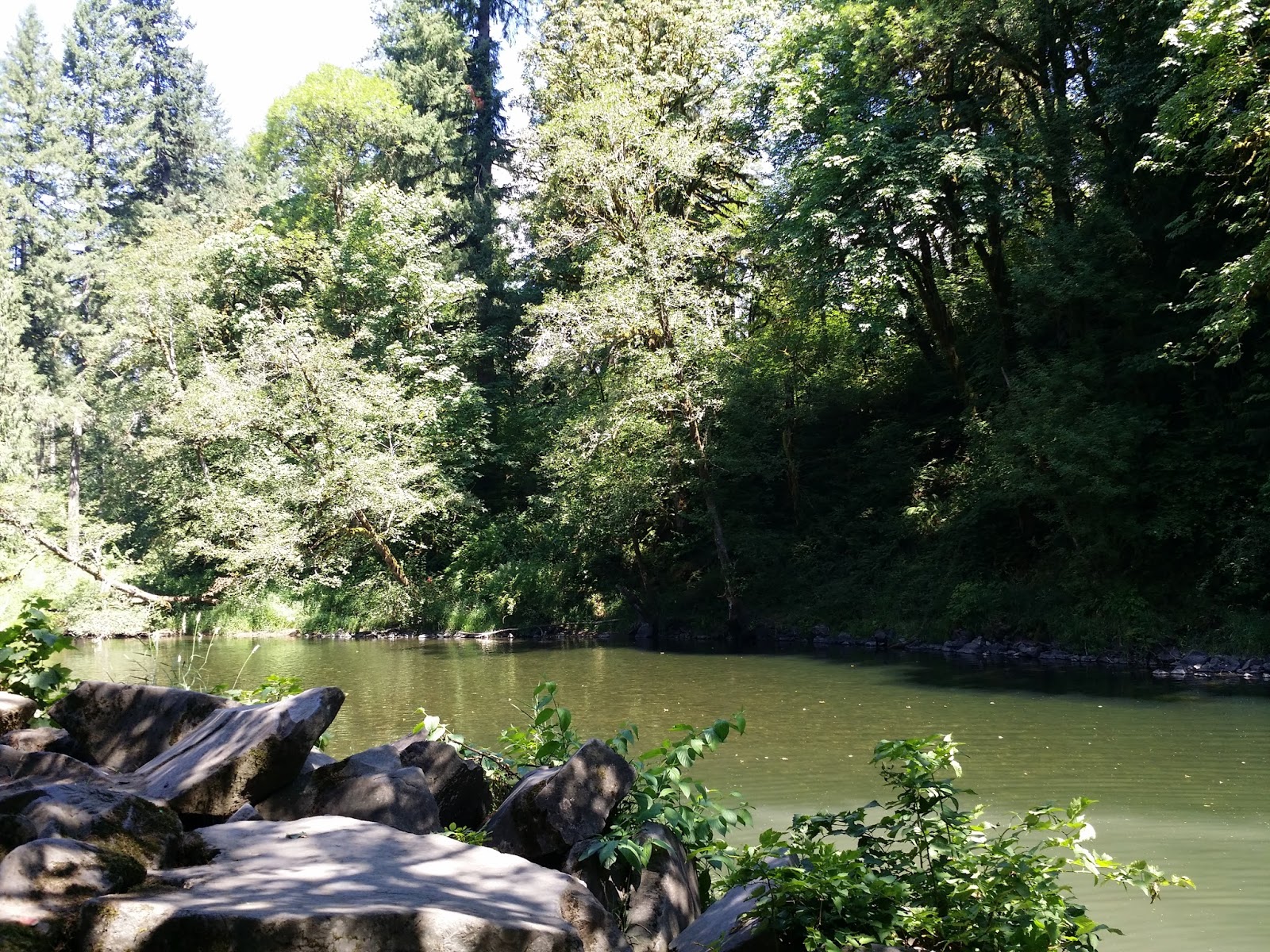 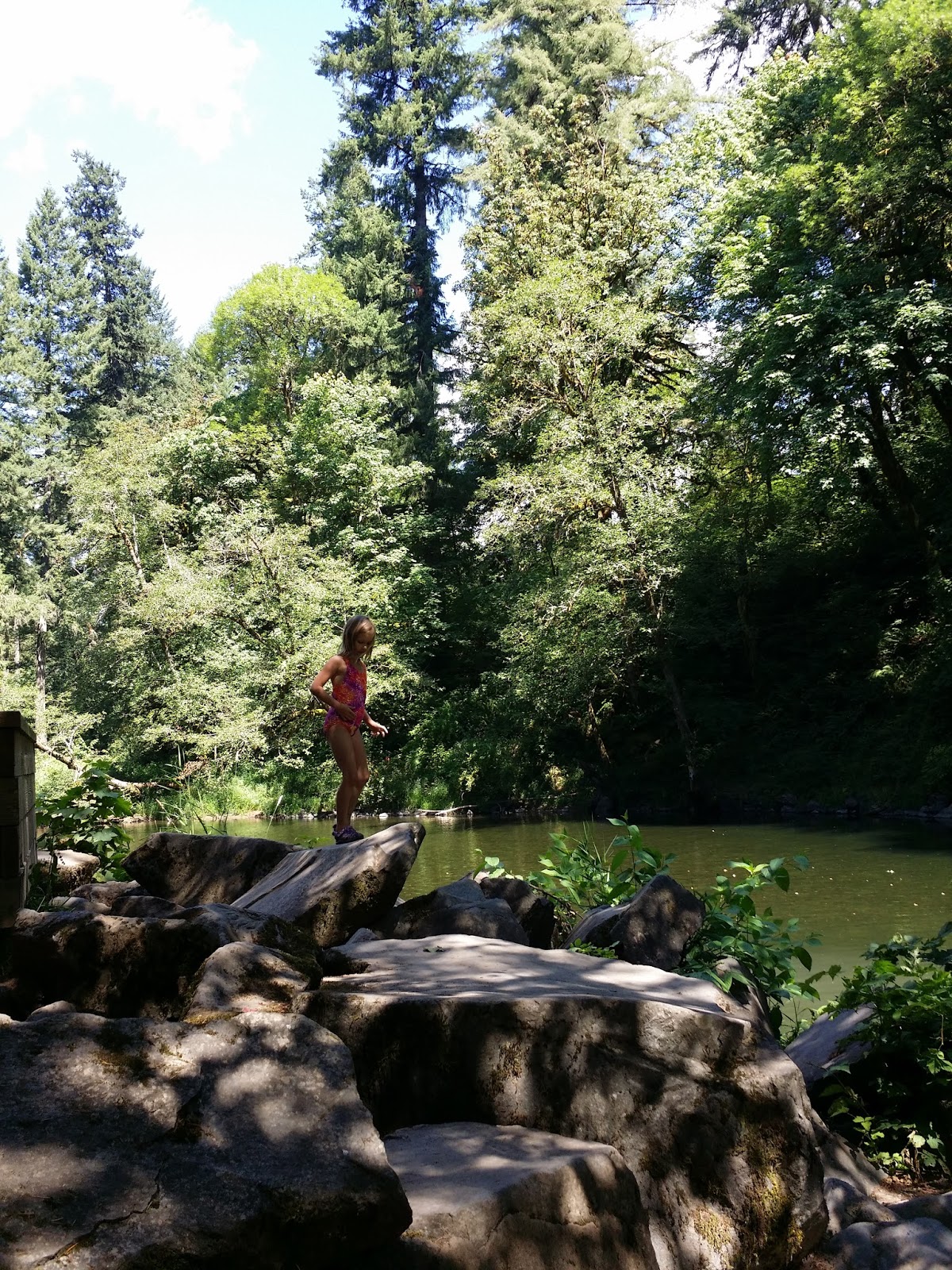 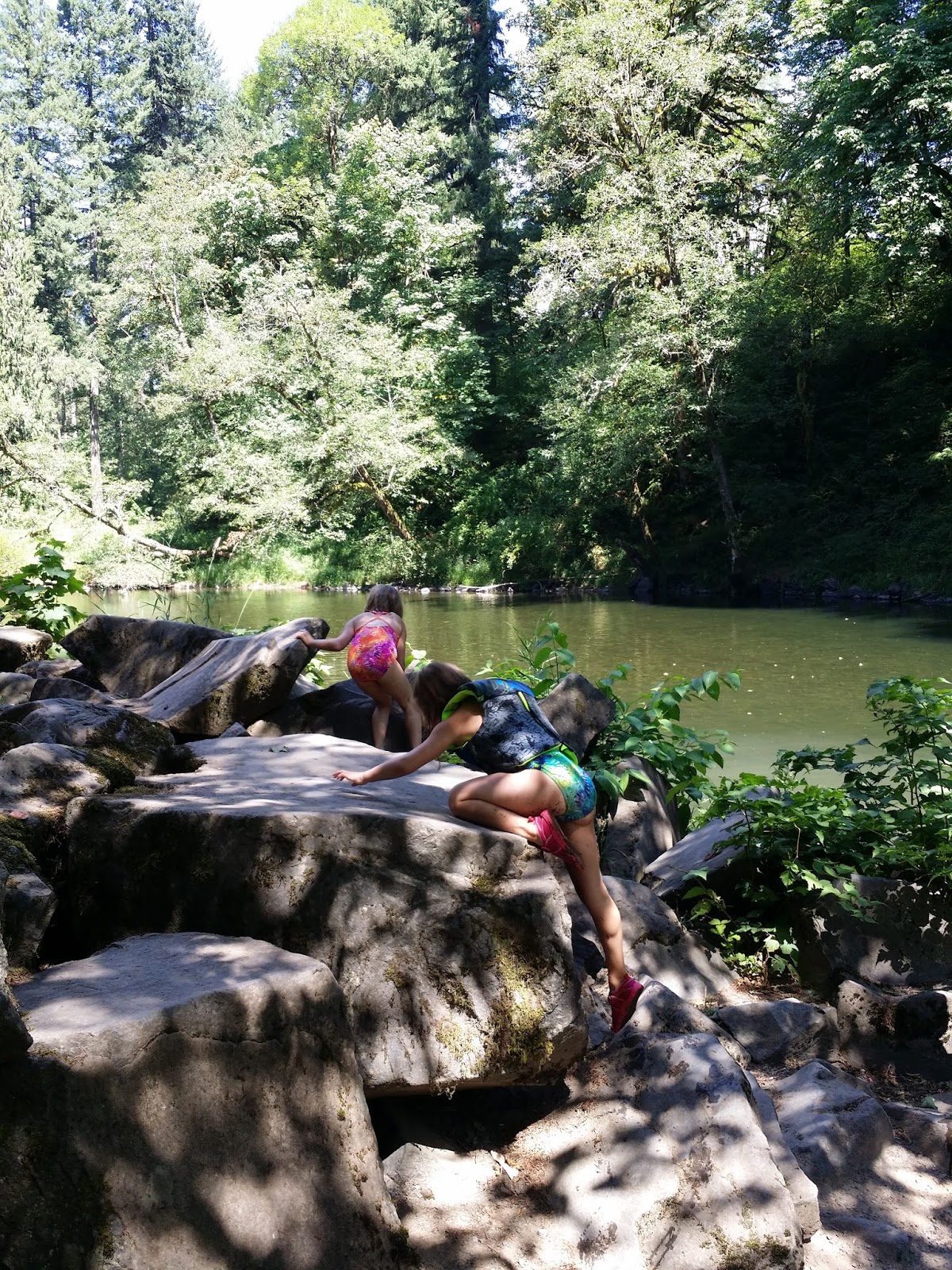 Climbing the boulders near the river was even more fun than swimming in the cold, cold water. 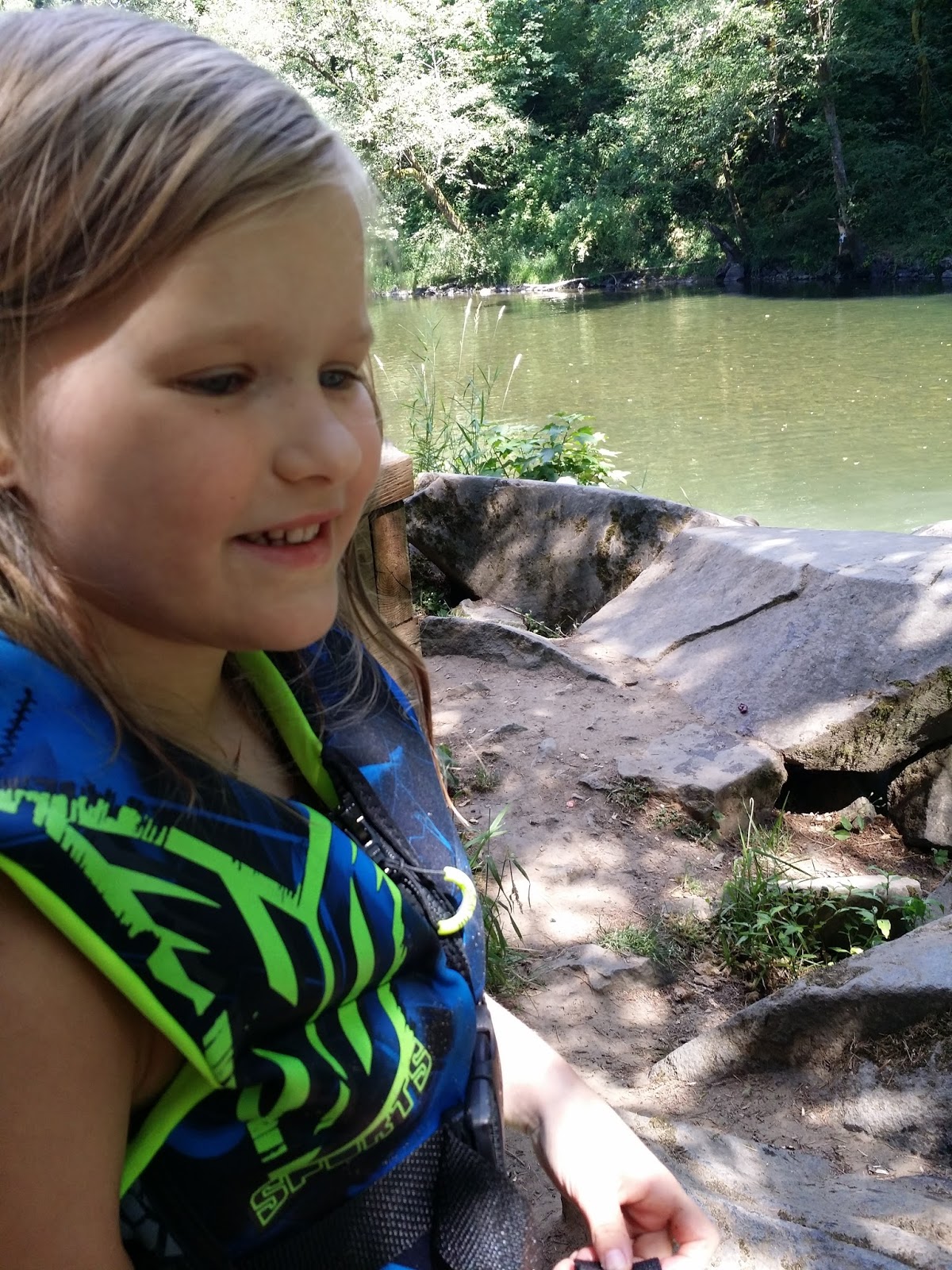 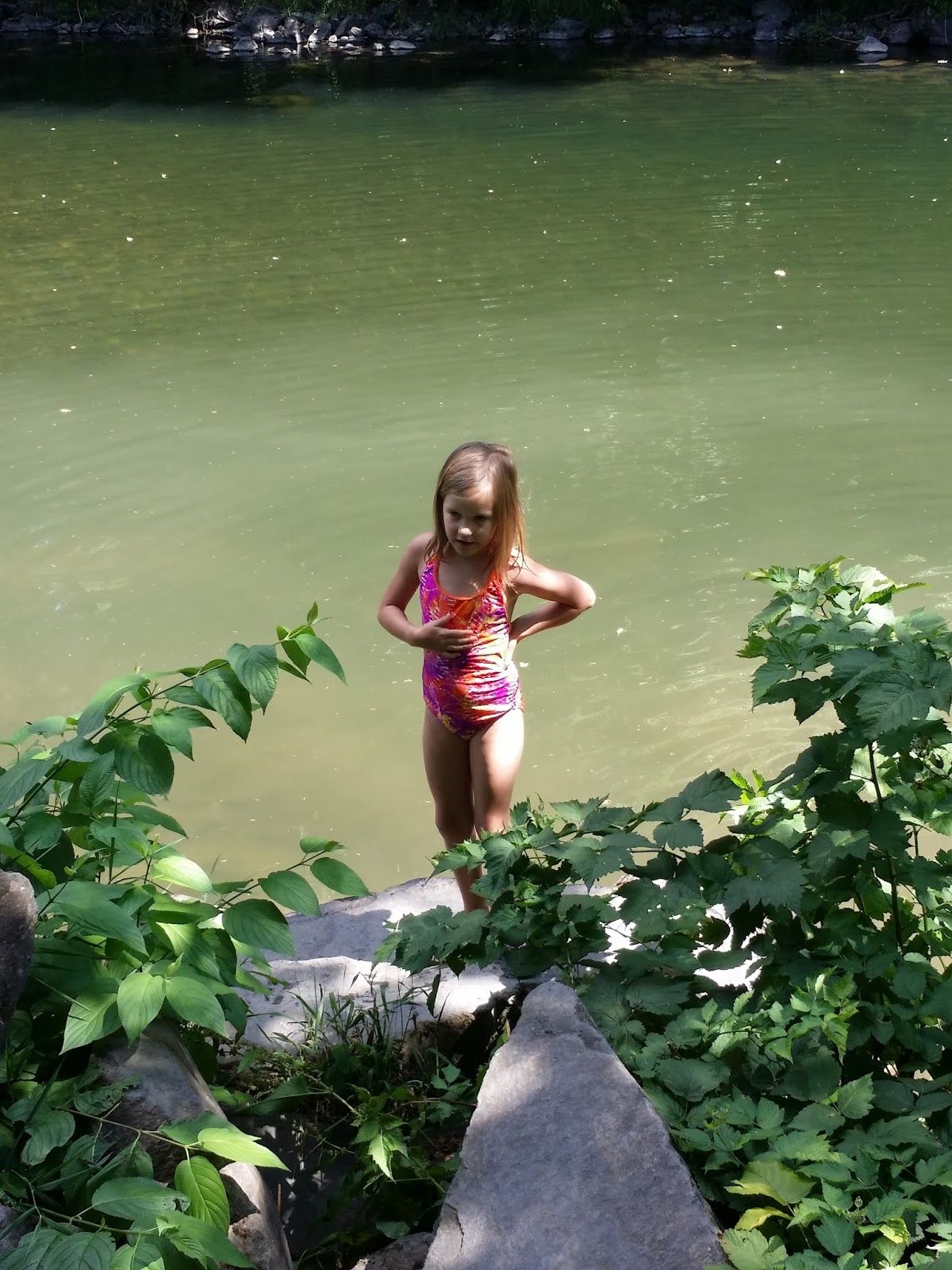 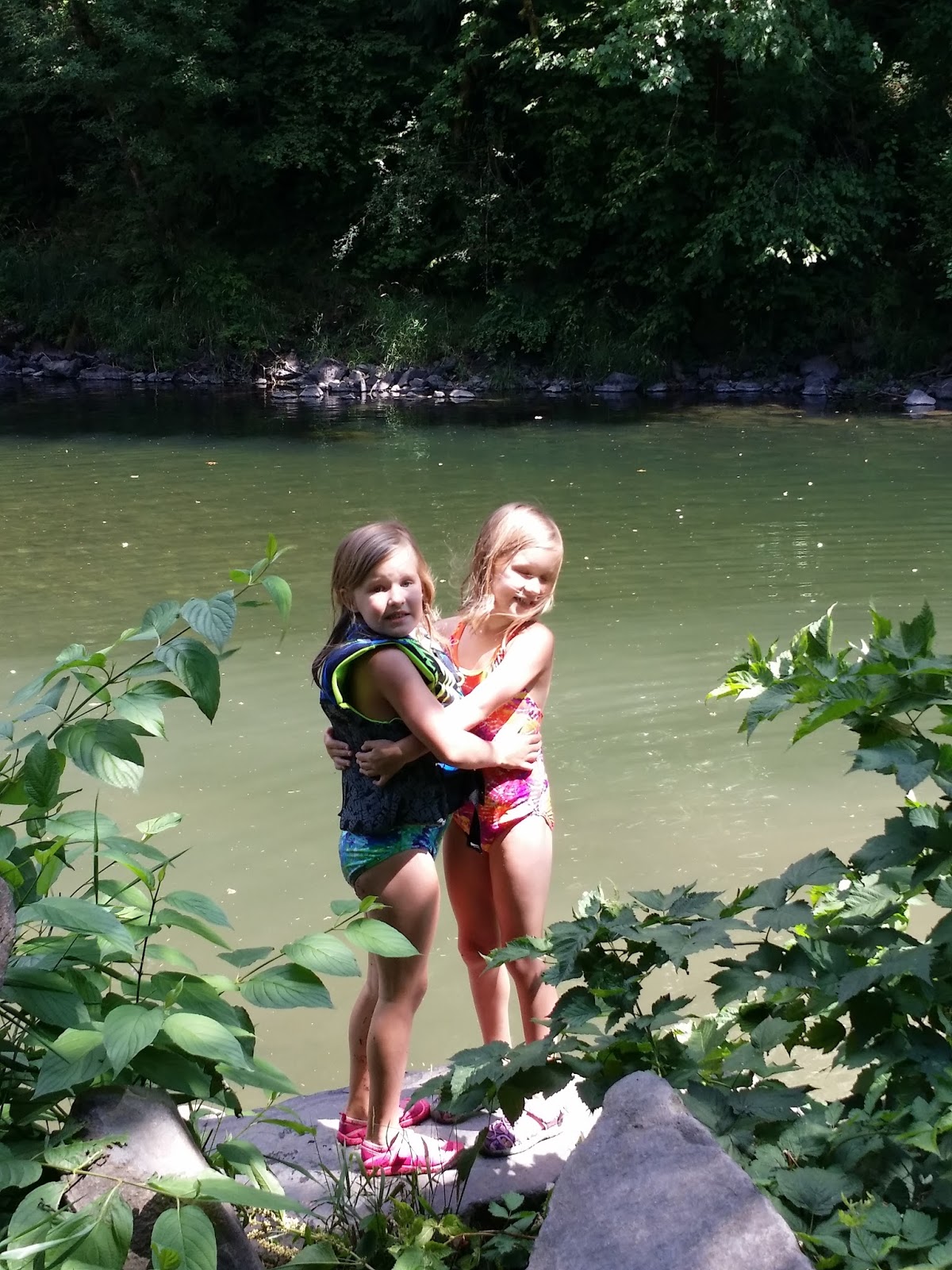 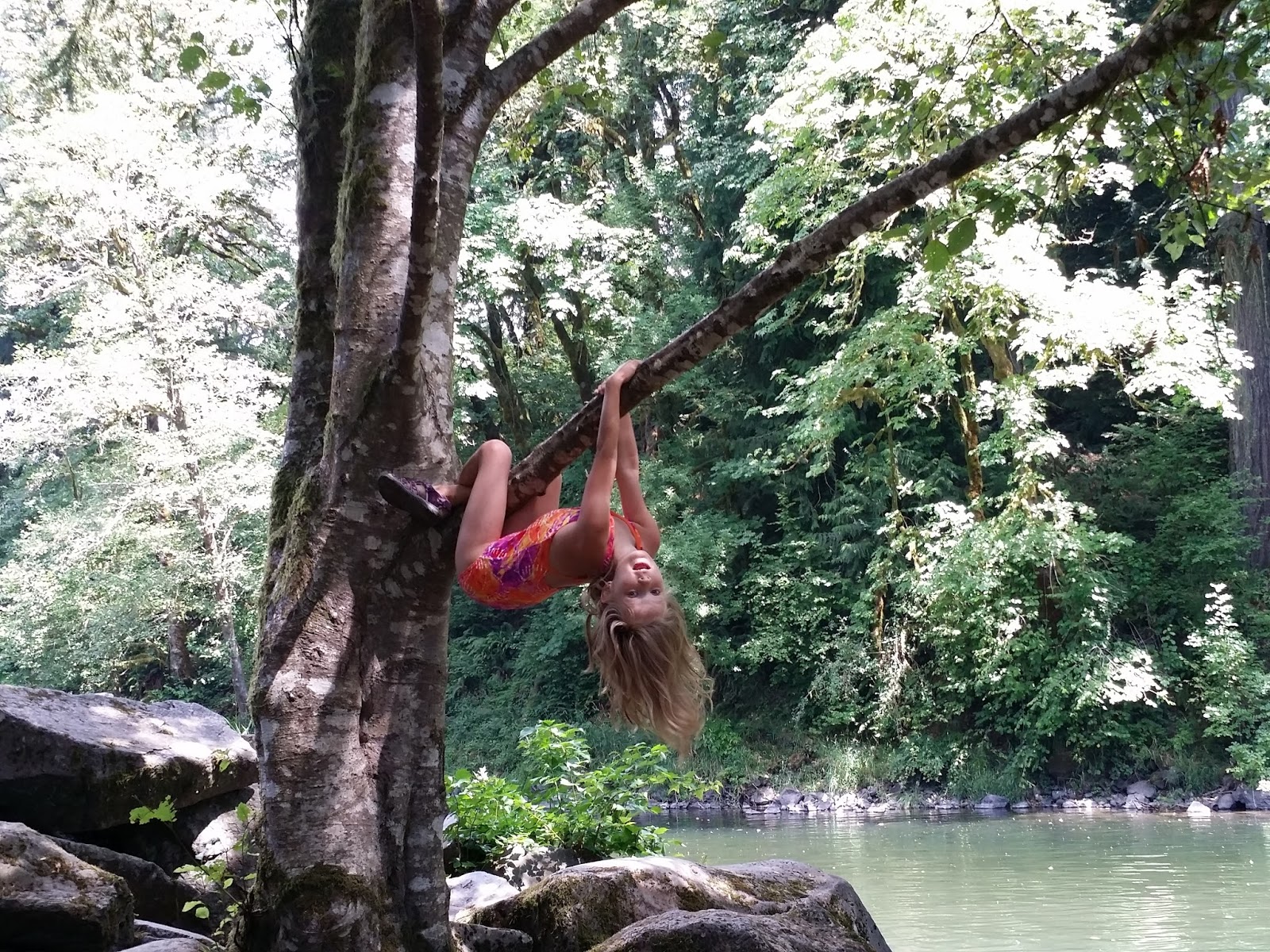 Izzie hanging from a tree. 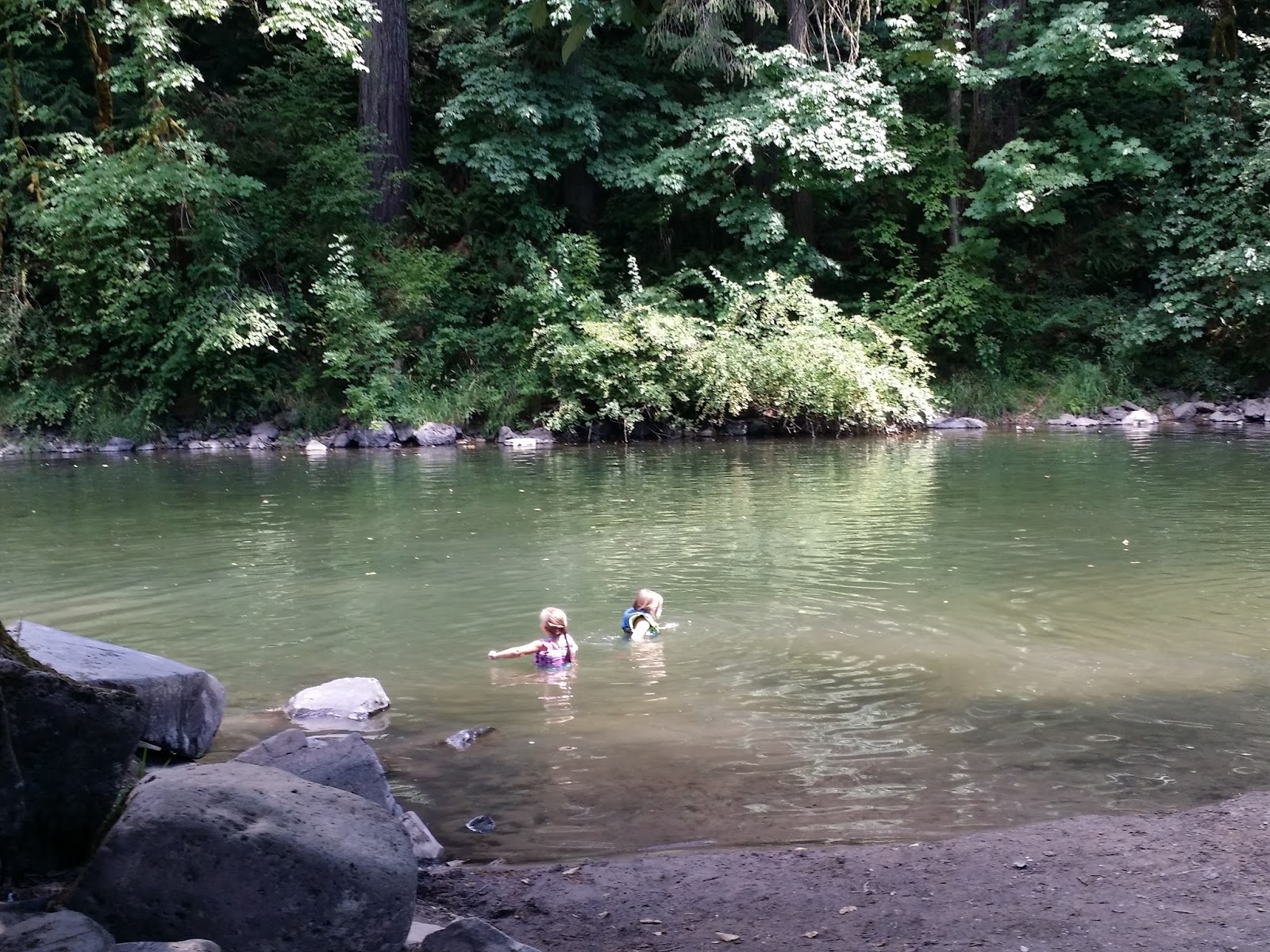 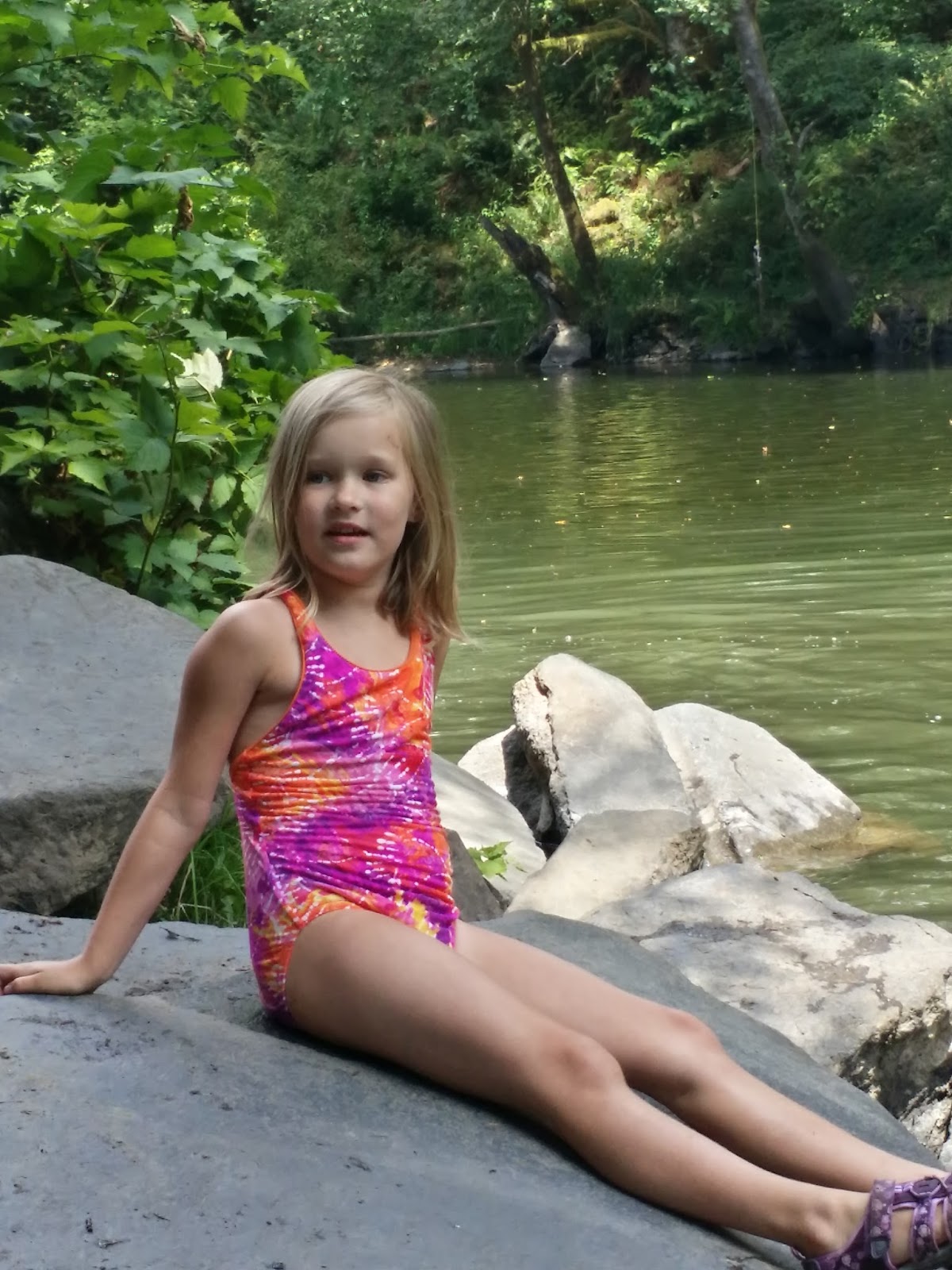 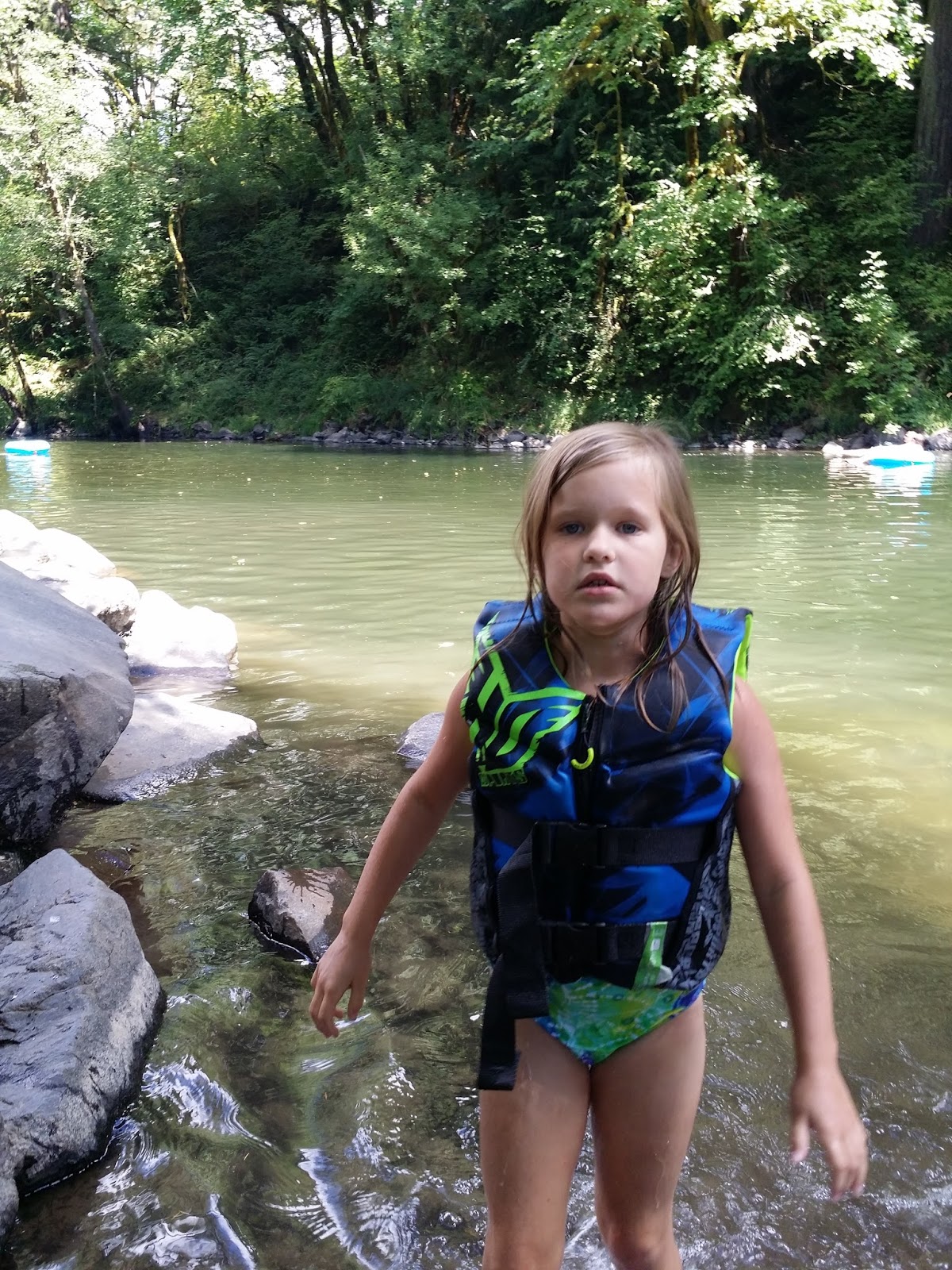 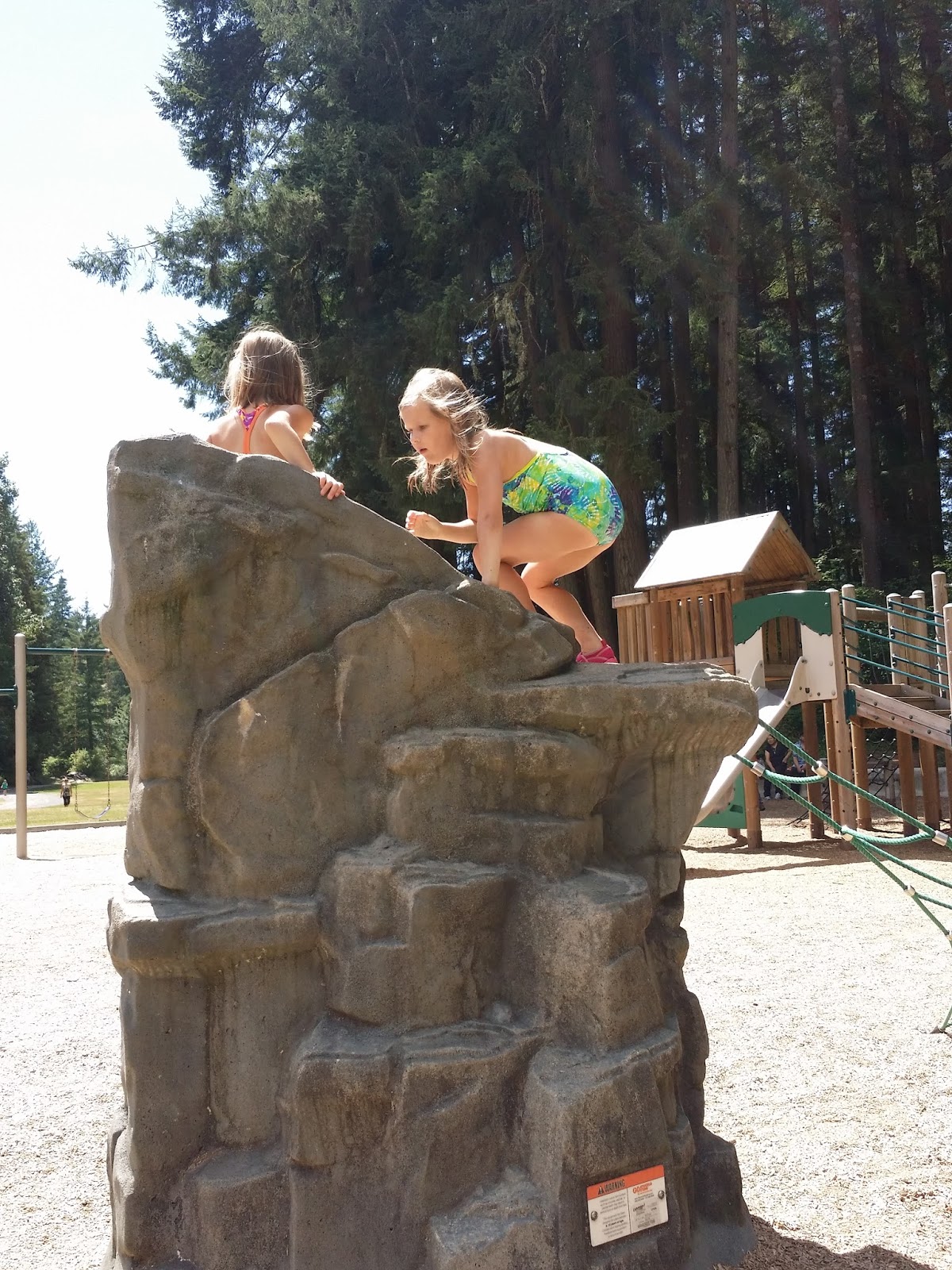 Across the park from the river was a playground. Our clothes were way, way back at the car, so they decided to just play in their suits for a bit. I was worried they'd tire themselves out with all the swimming, climbing and playing that they weren't going to want to walk back to the car. I was partly right, but we eventually made it back. 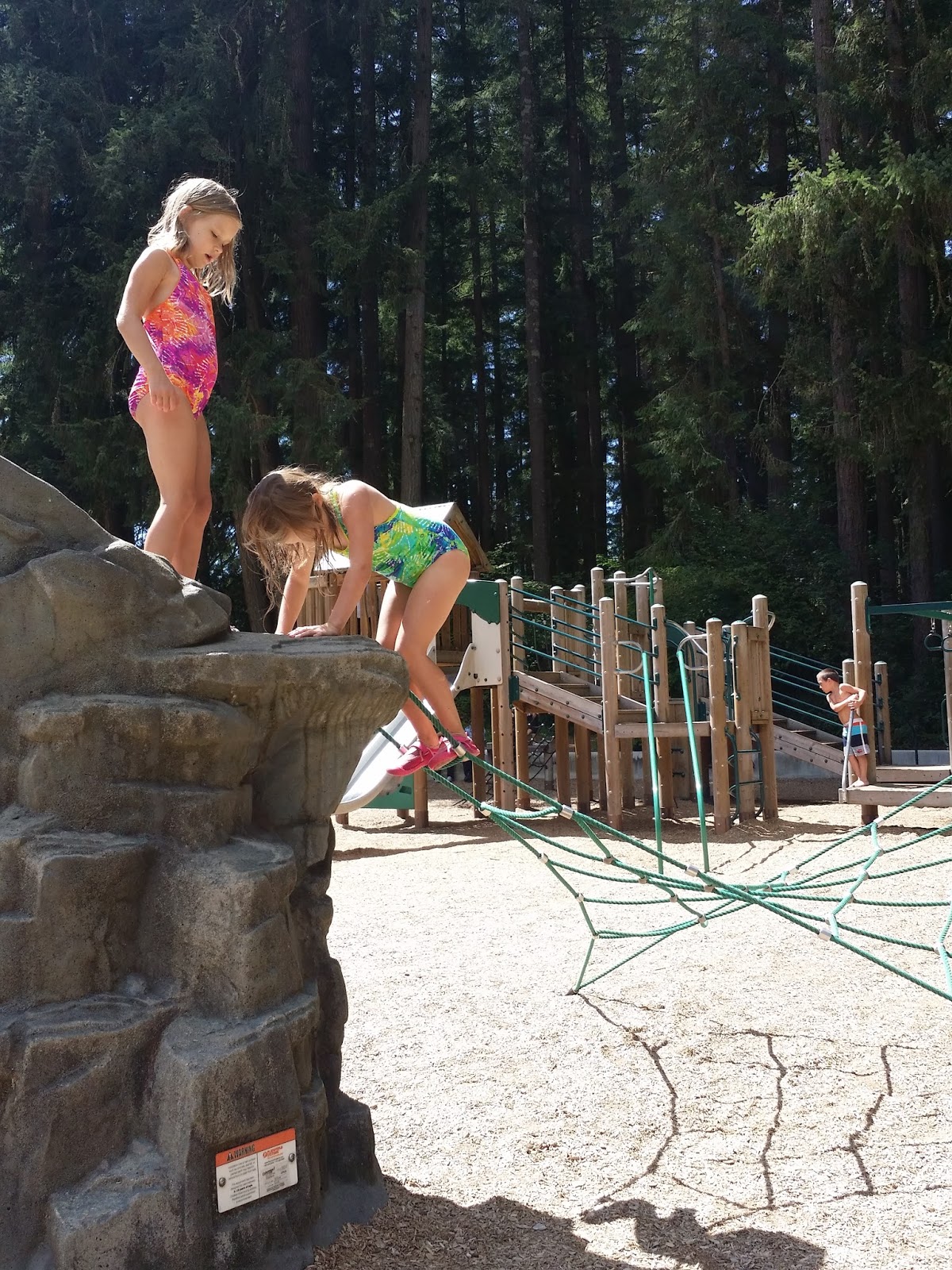