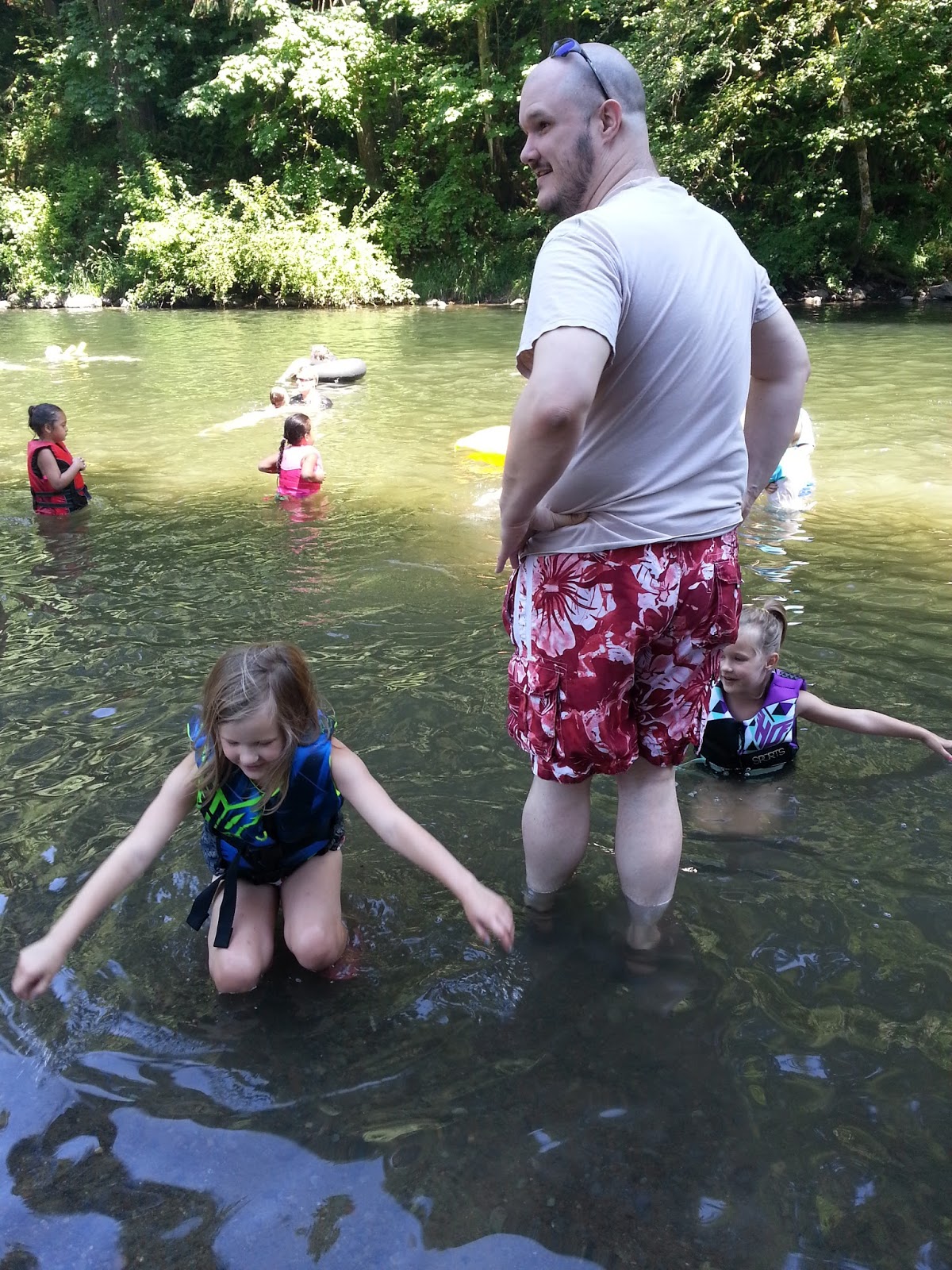 One of our Summer Bucket List items was to check out Lewisville State Park and swim in the river there. We finally made it out one Saturday and it was CROWDED. I thought John was going to turn the car around when we saw how full the park was, but we found a spot, found the river and ended up having a really good afternoon. The water was very cold, but the sun was very hot so it was a good mix. Afterwards we stopped at a mix your own frozen yogurt place to top off a super fun family day! 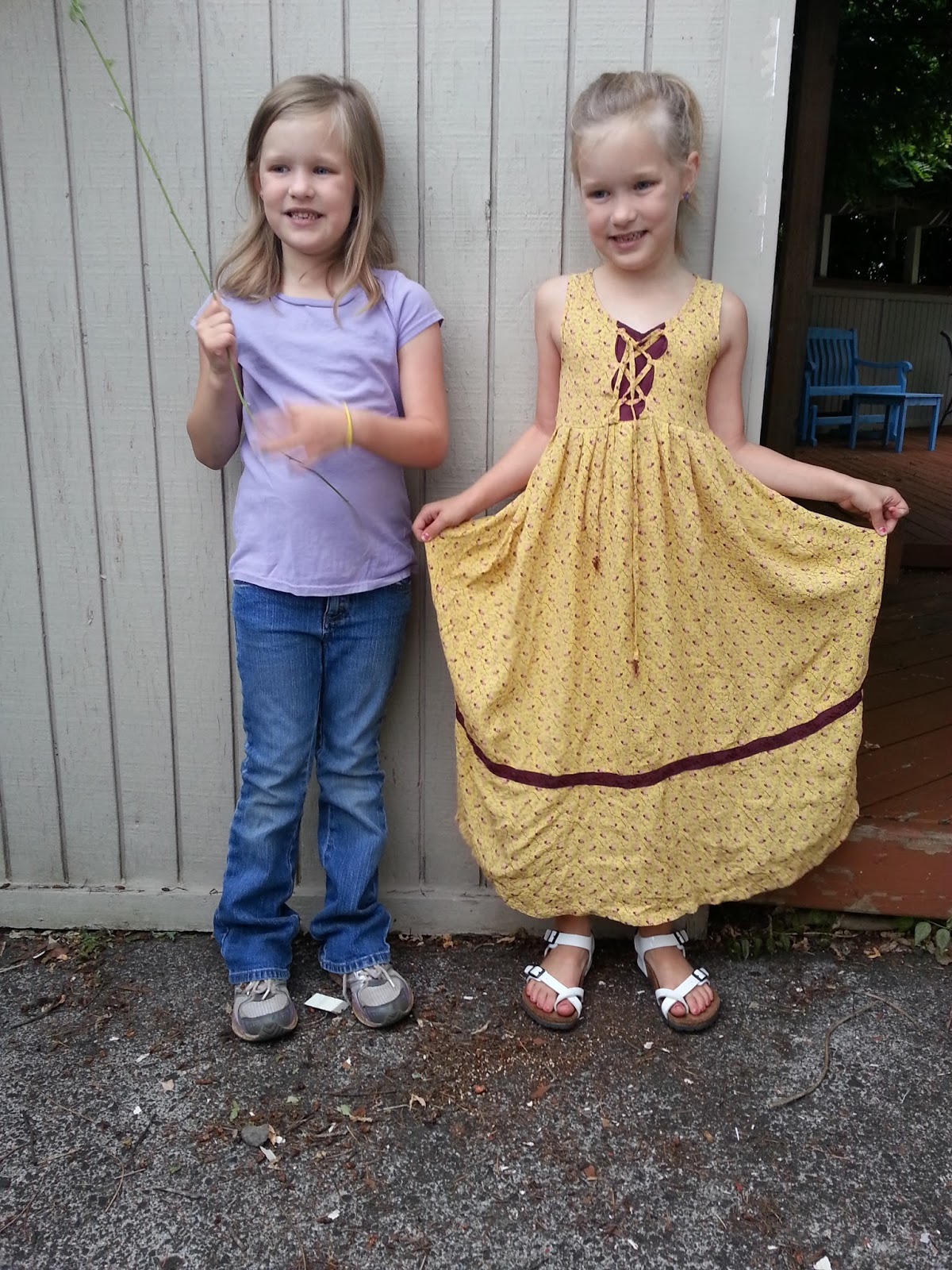 Maddie and Izzie getting ready to go to their friend Esperanza's Horse Birthday party. Maddie chose jeans because of riding horses, but Izzie wanted to wear a party dress. I told her that was fine, but when it was time to ride horses she'd have to change. That was okay by her. 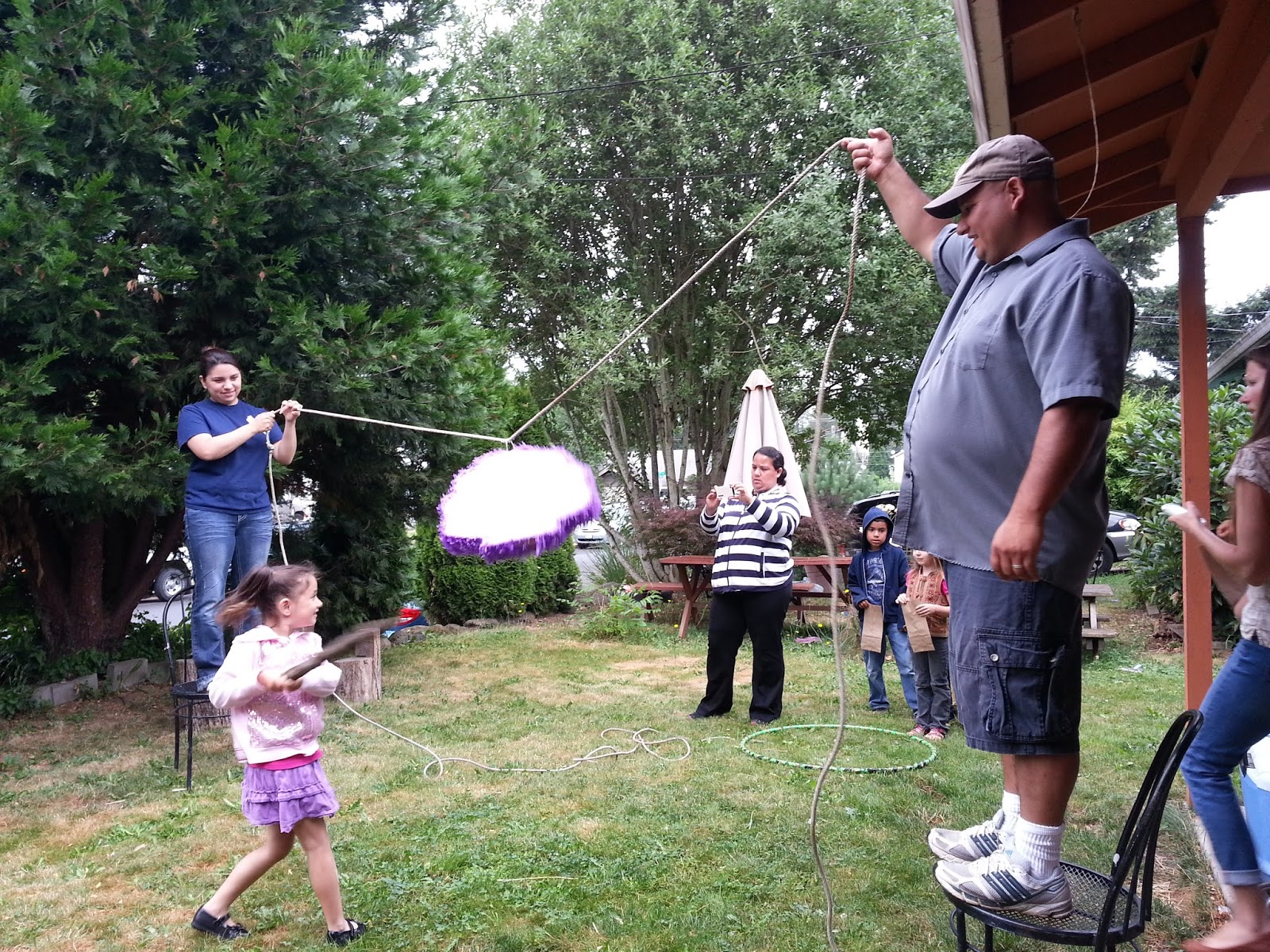 We went to Esperanza's house for the typical birthday pinata and cupcakes and then caravaned over to the horse place. 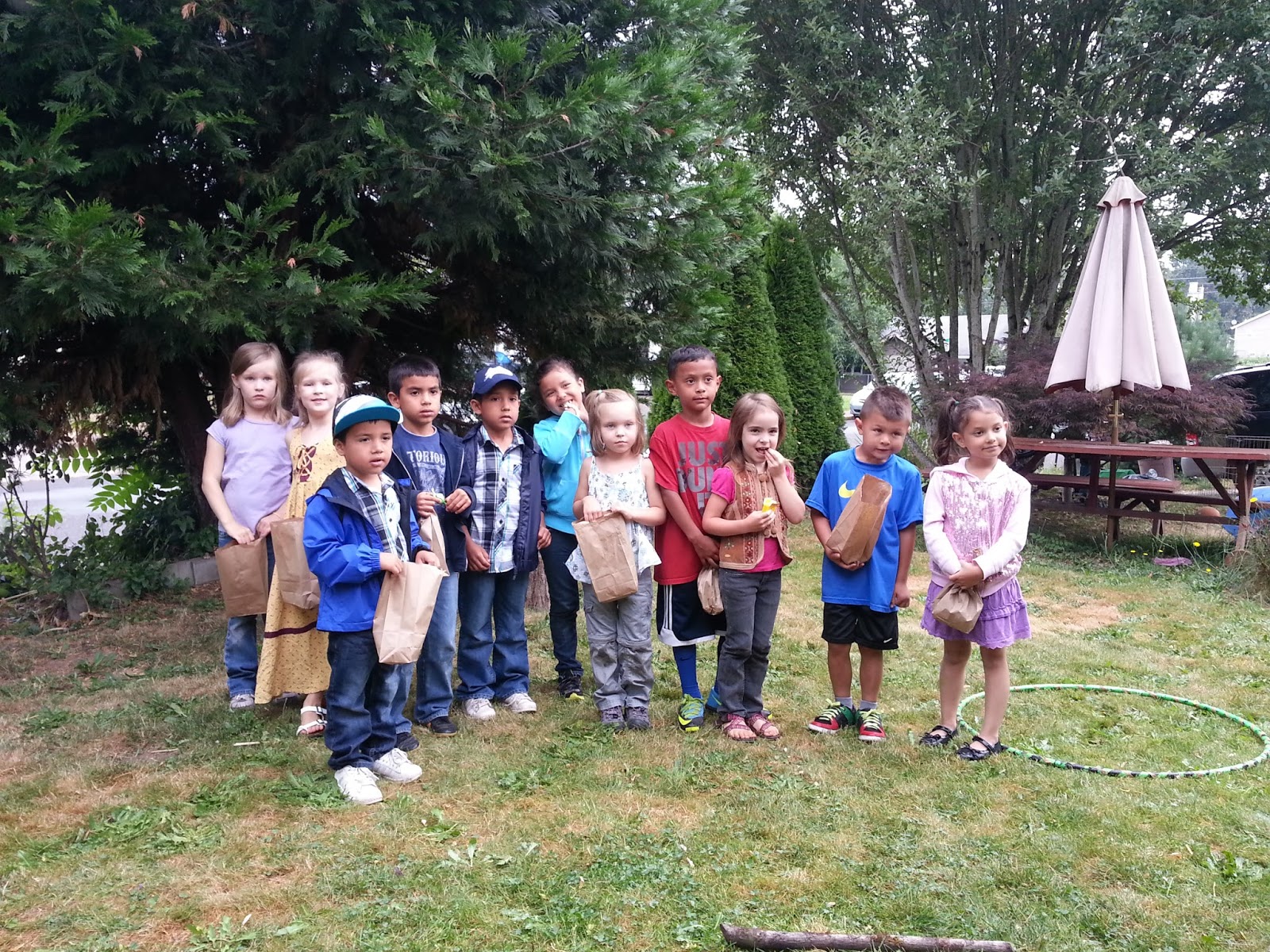 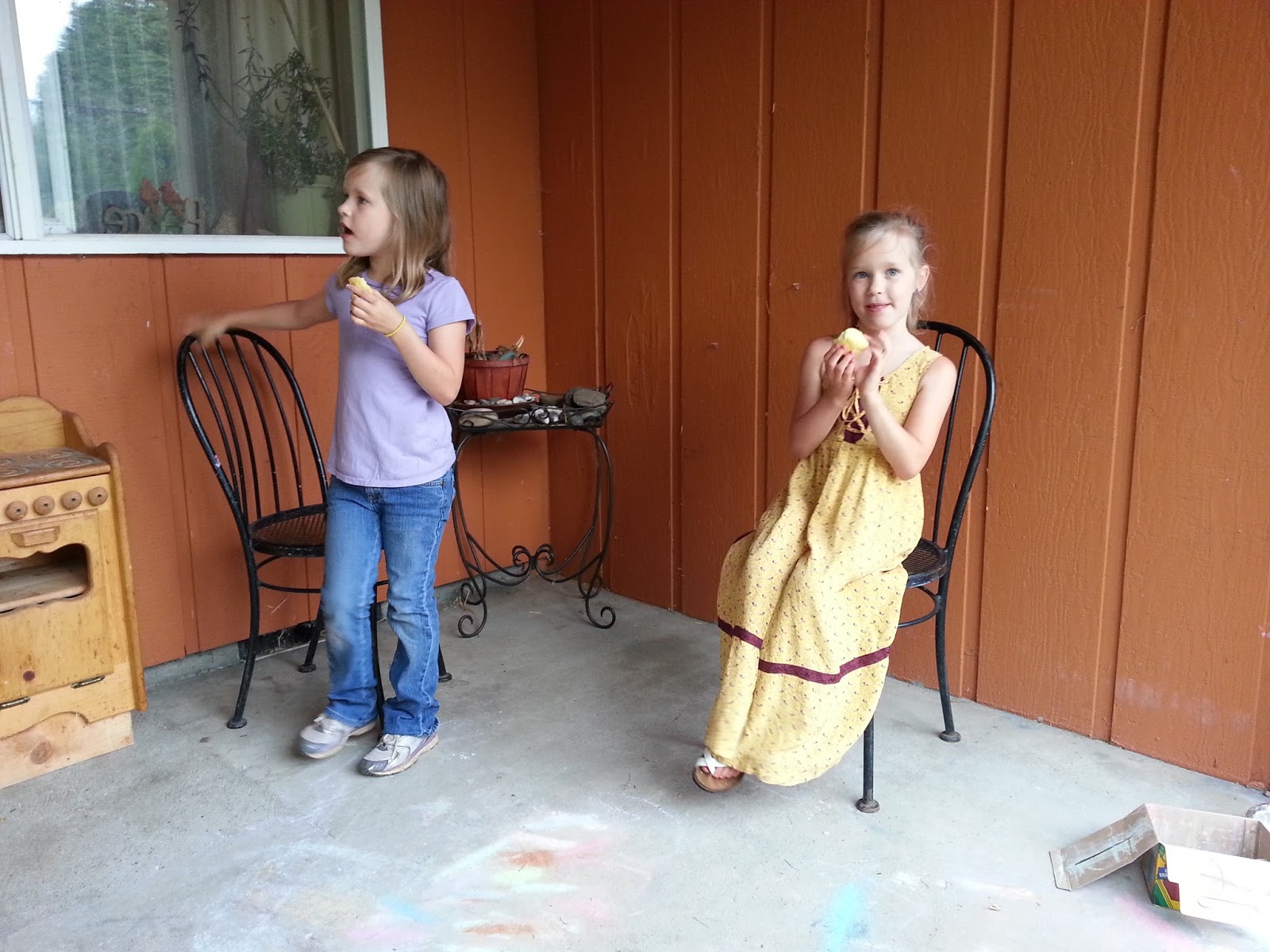 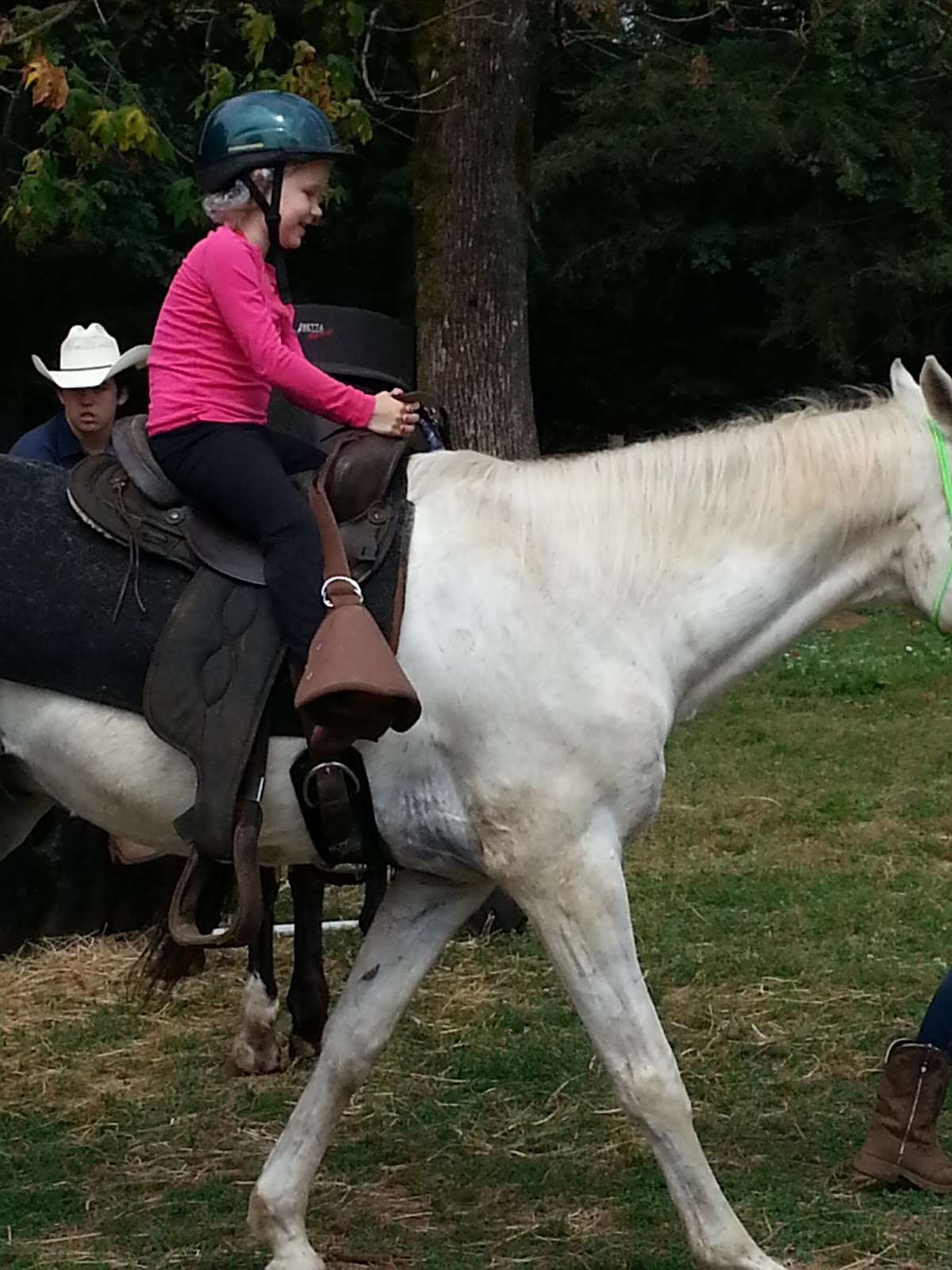 Izzie on a horse. 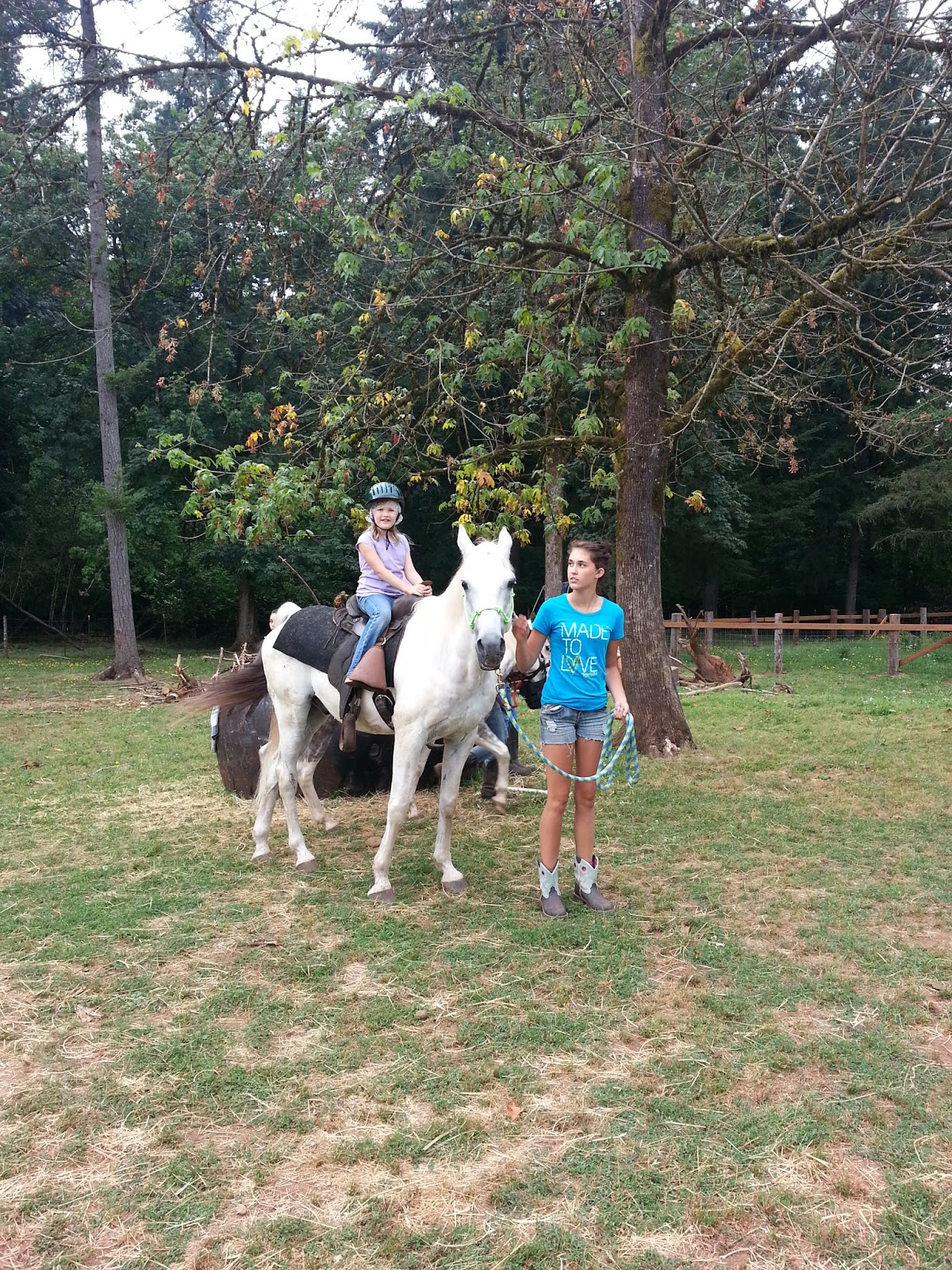 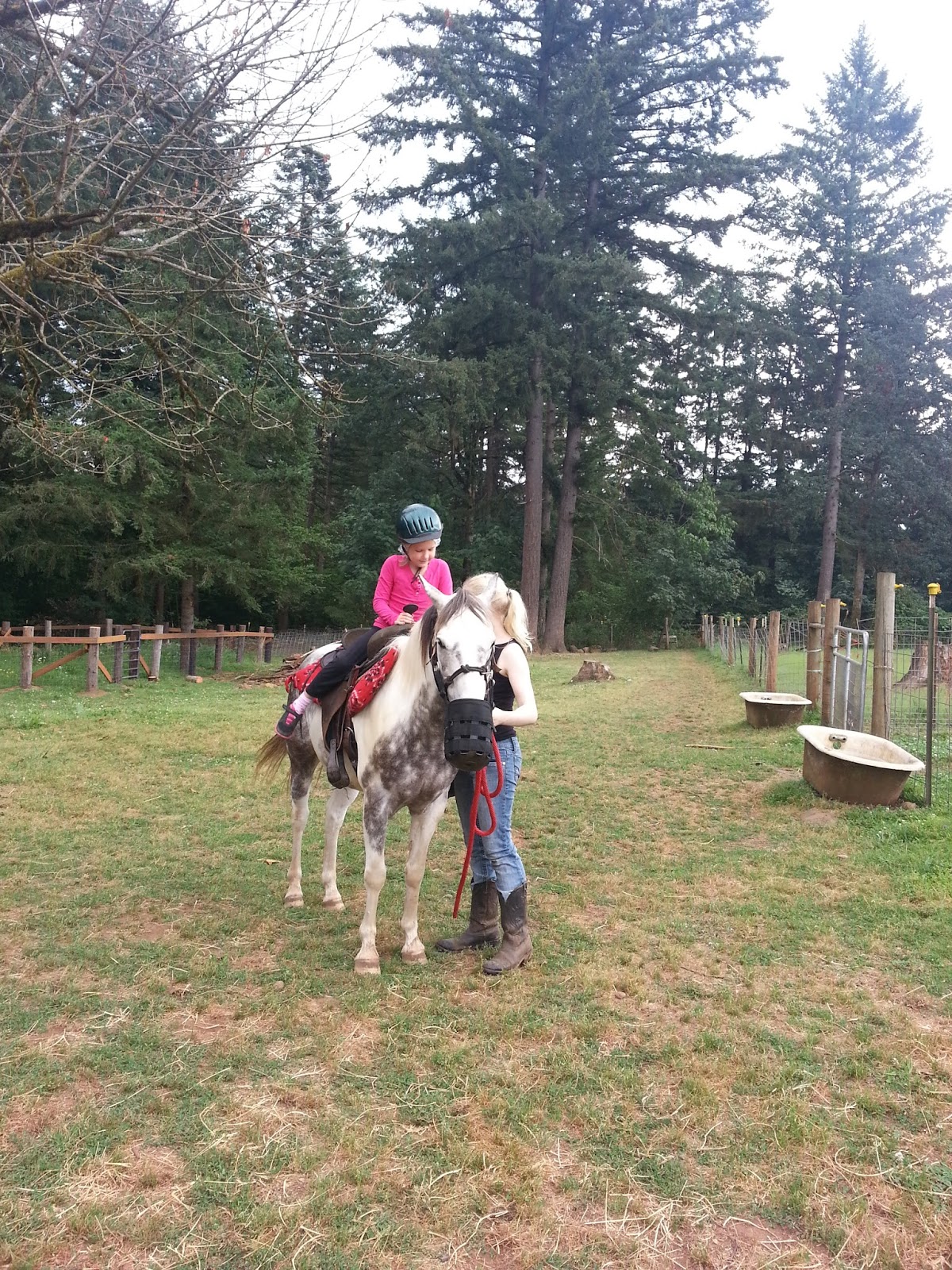 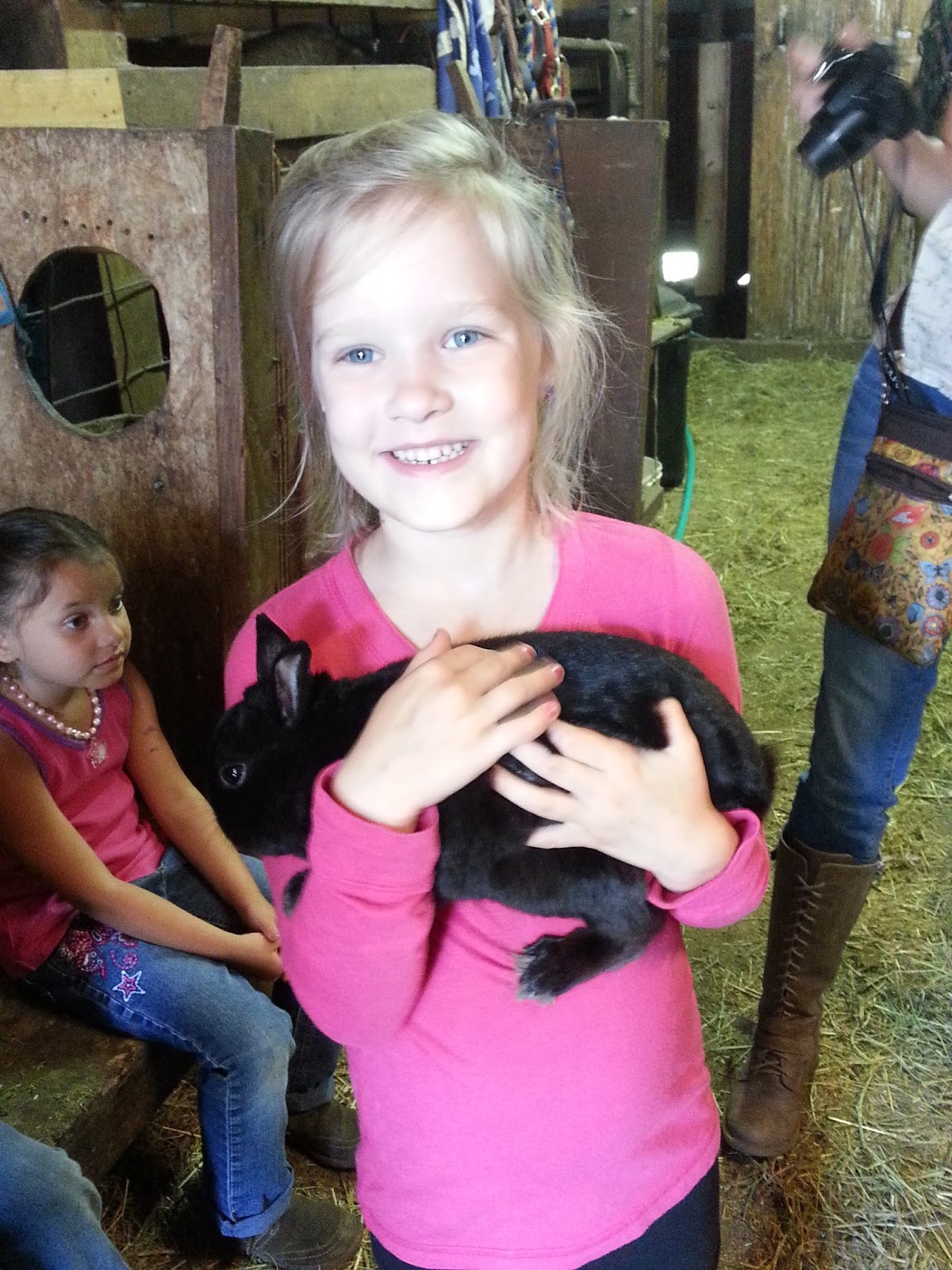 The party was at Camas Camp and Ranch which is a 4H Club. So there were lots of other animals to pet too. Izzie holding a black bunny. 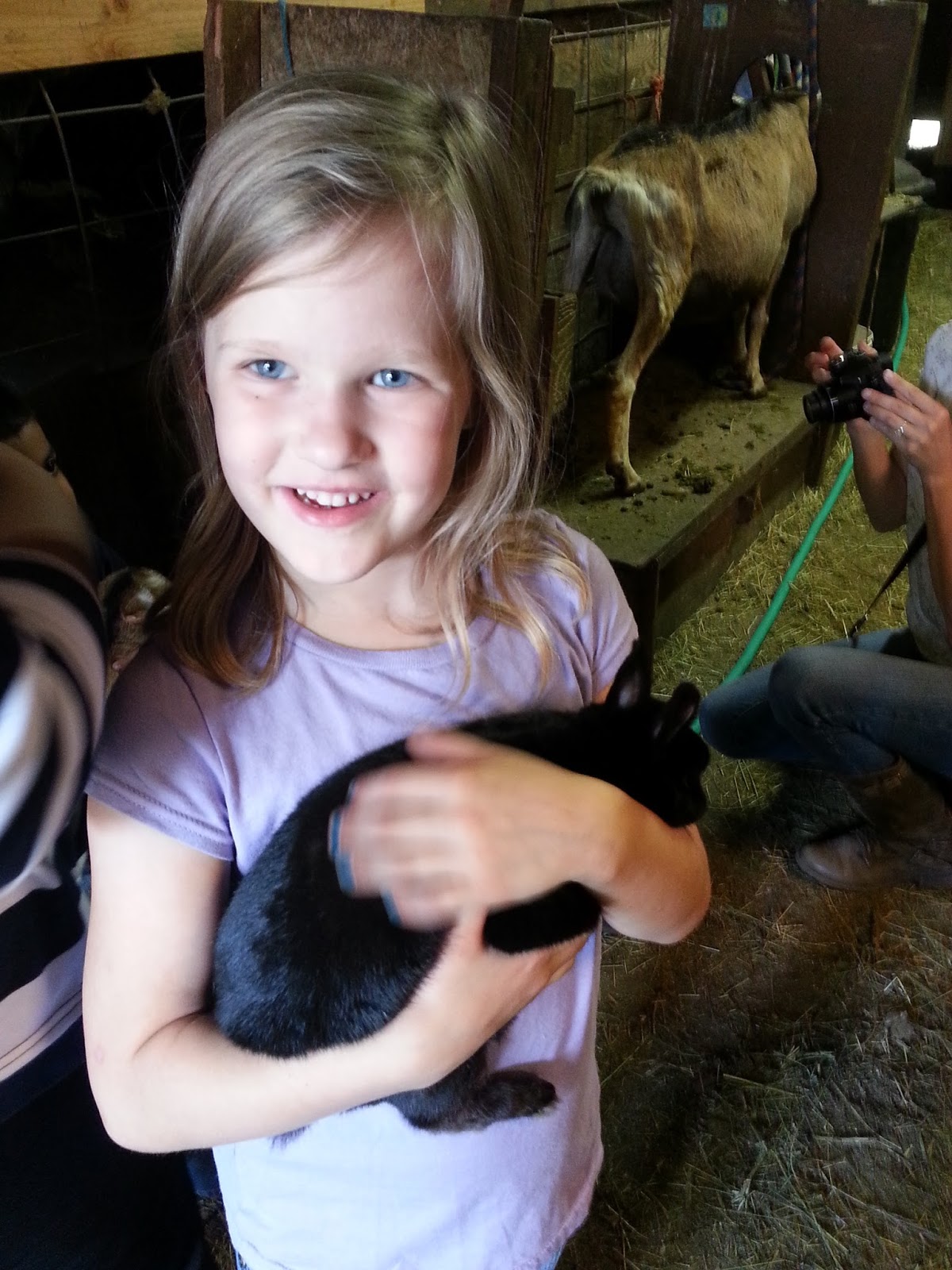 Maddie was really excited about the bunny. She really wants a pet bunny one of these days. 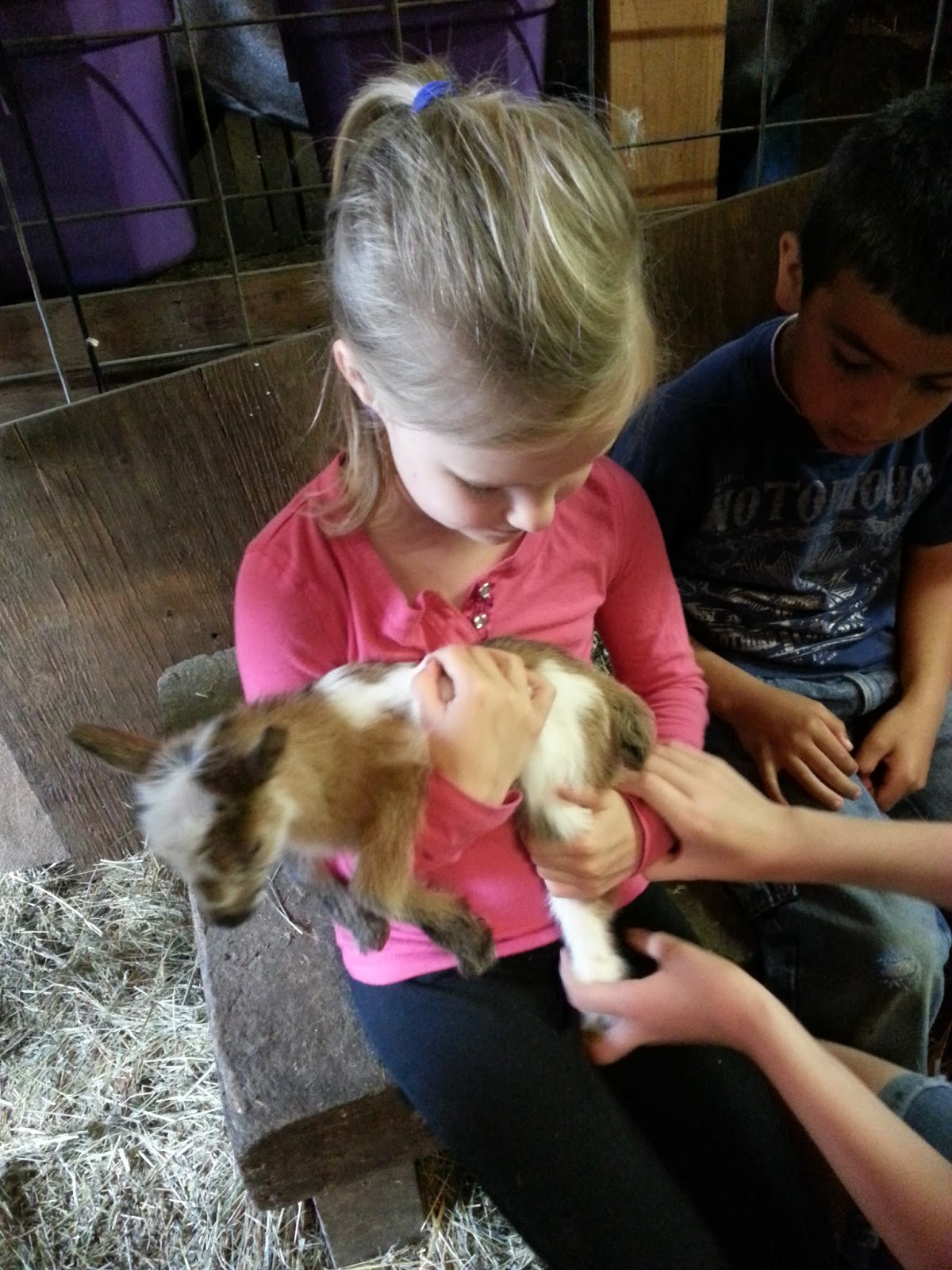 One of the goats had babies that were only a few days old and the girls got a chance to hold them. So cute!!! 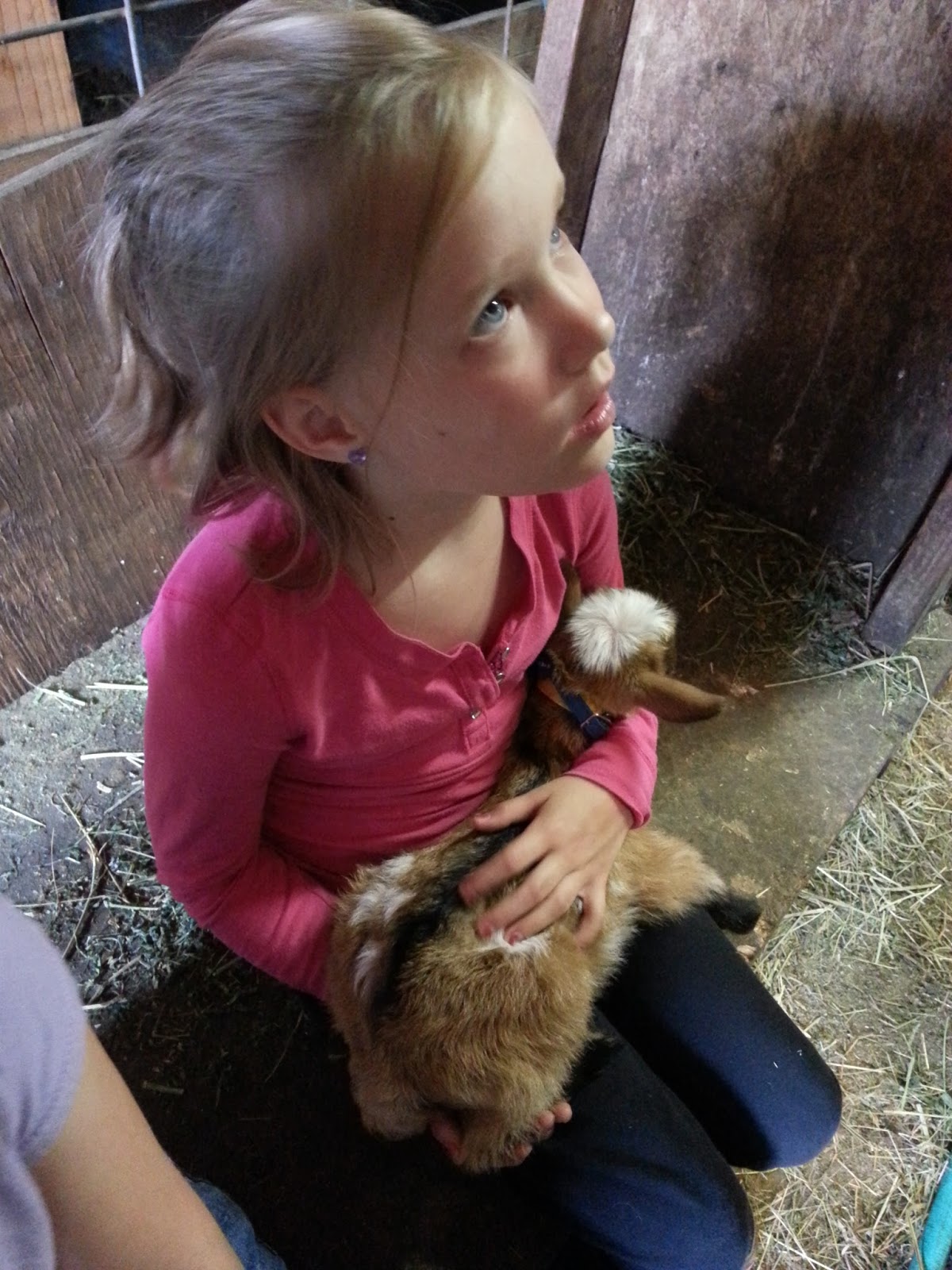 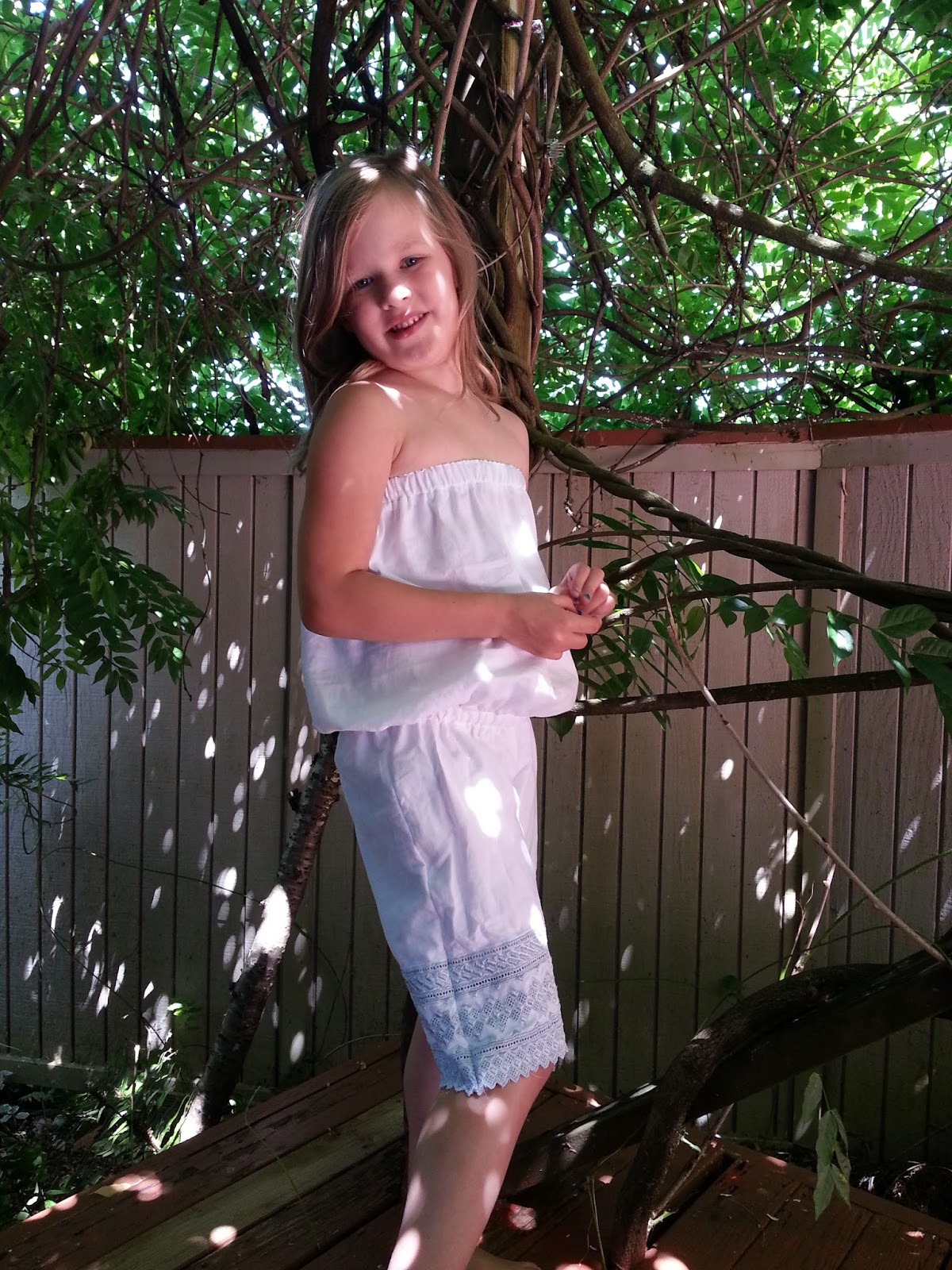 This material was originally a sheet from Mema's house. Then it became a curtain and now it is a very cute one piece. I added straps so she wouldn't have to worry about it tugging down, but I was very happy with the way it came out! I did it with no pattern. Maddie modeling for me. 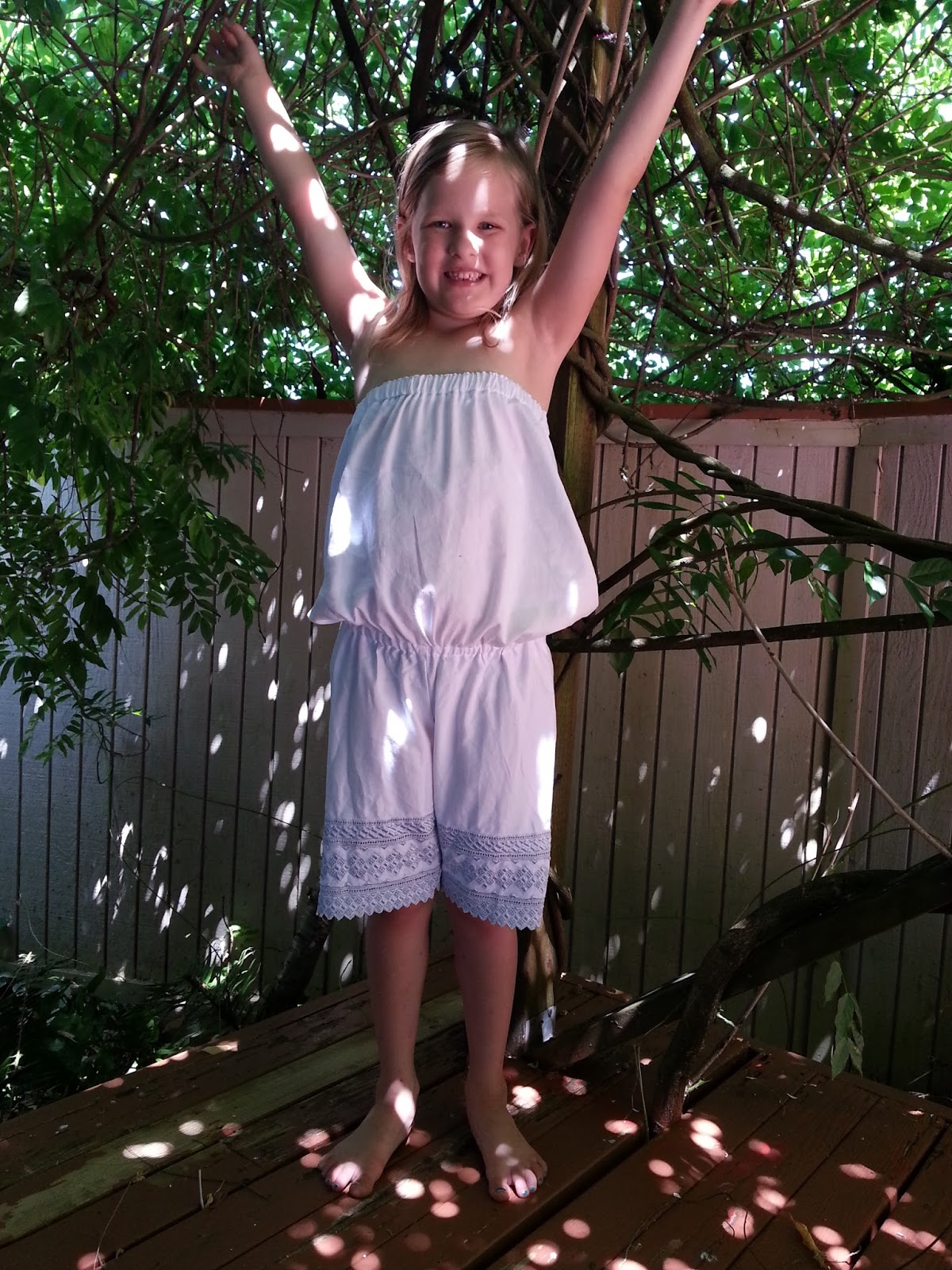 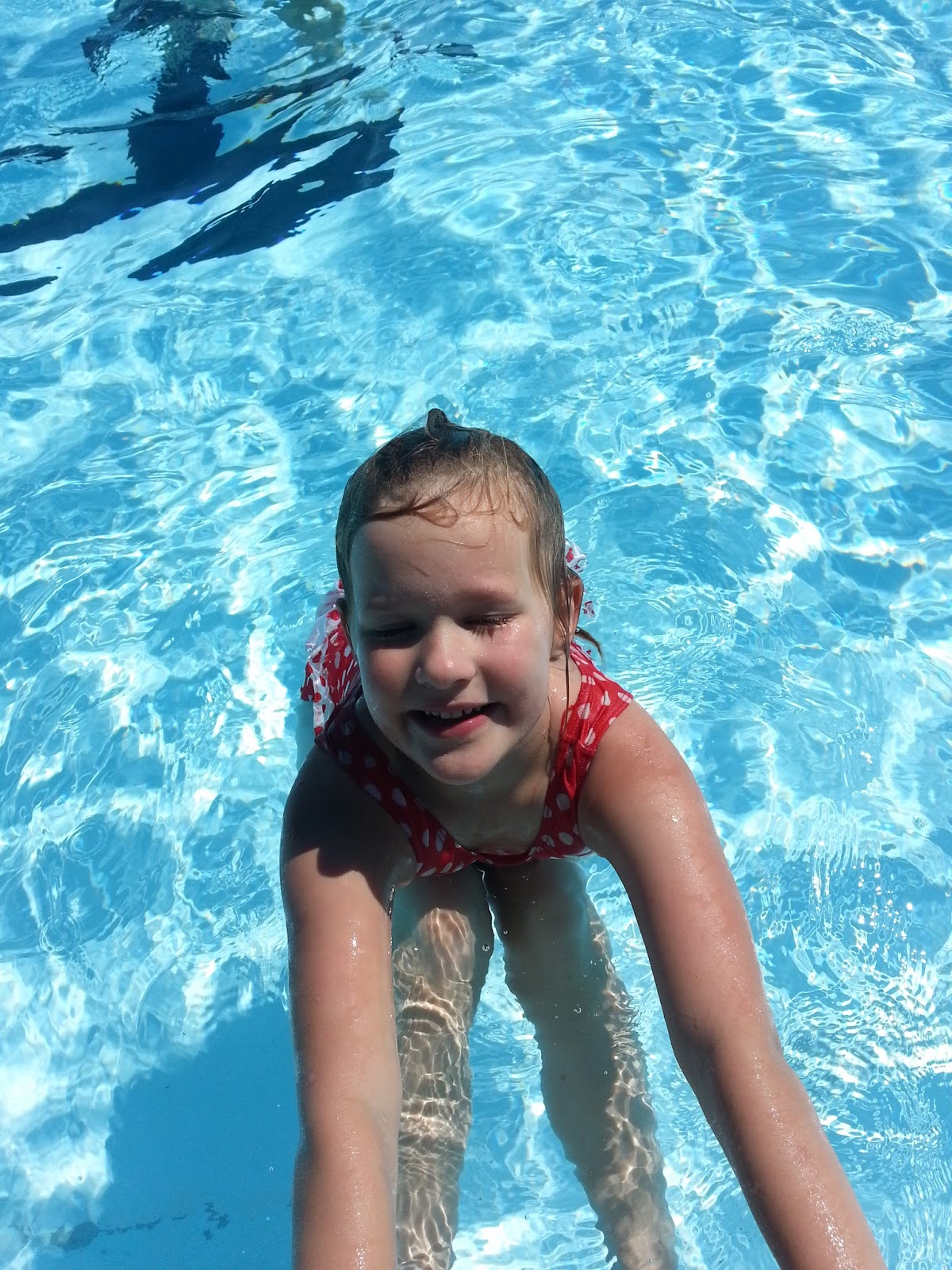 Maddie at the swimming pool. This summer we decided to forgo paying for lessons and so I took the girls to "open swim" several times. It is a 2 hour block of time and we spent the first 20-30 minutes in our own private lessons. By the end of the summer they can swim across the pool and float on their backs. We came a LONG way from day one! 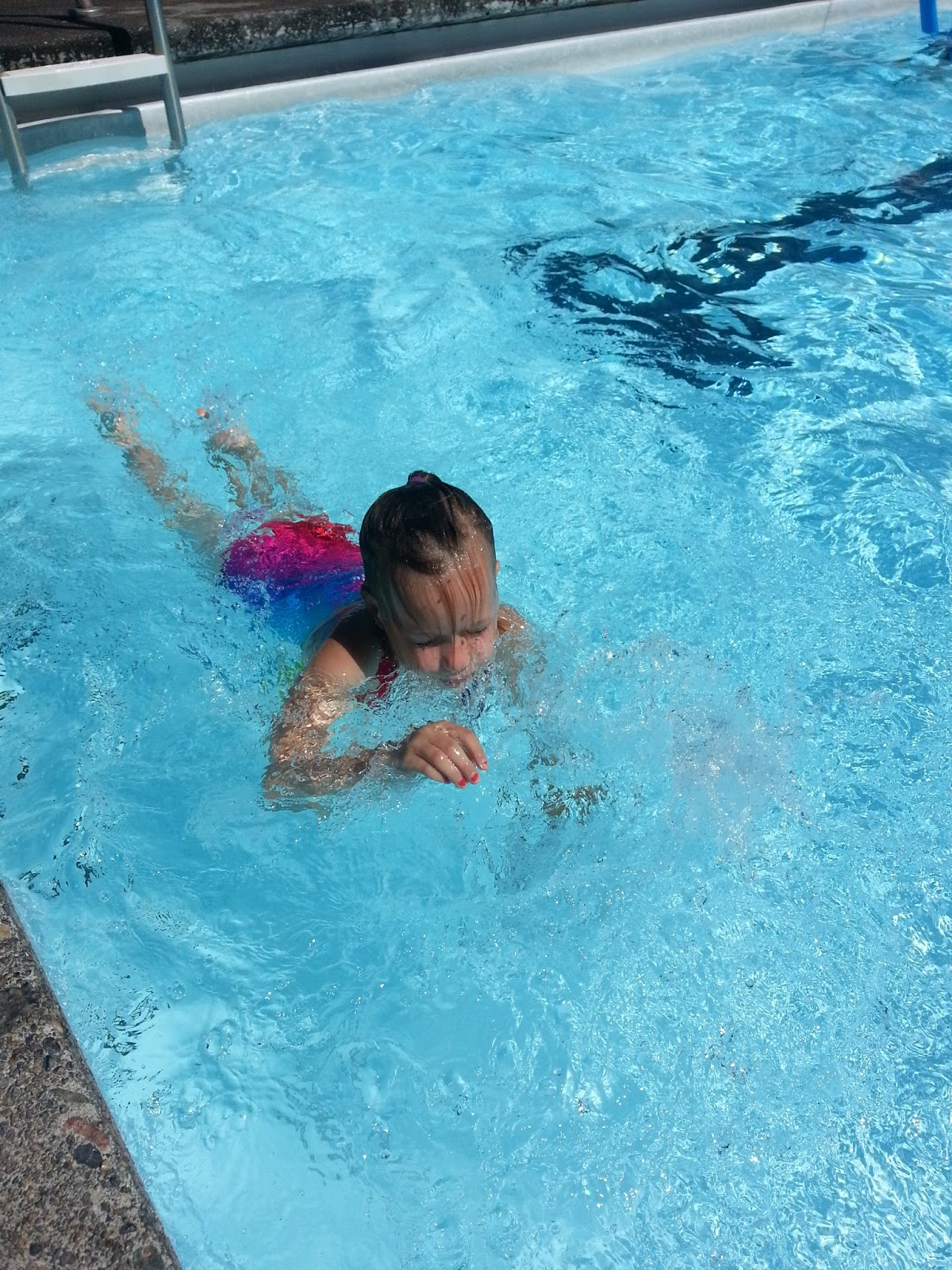 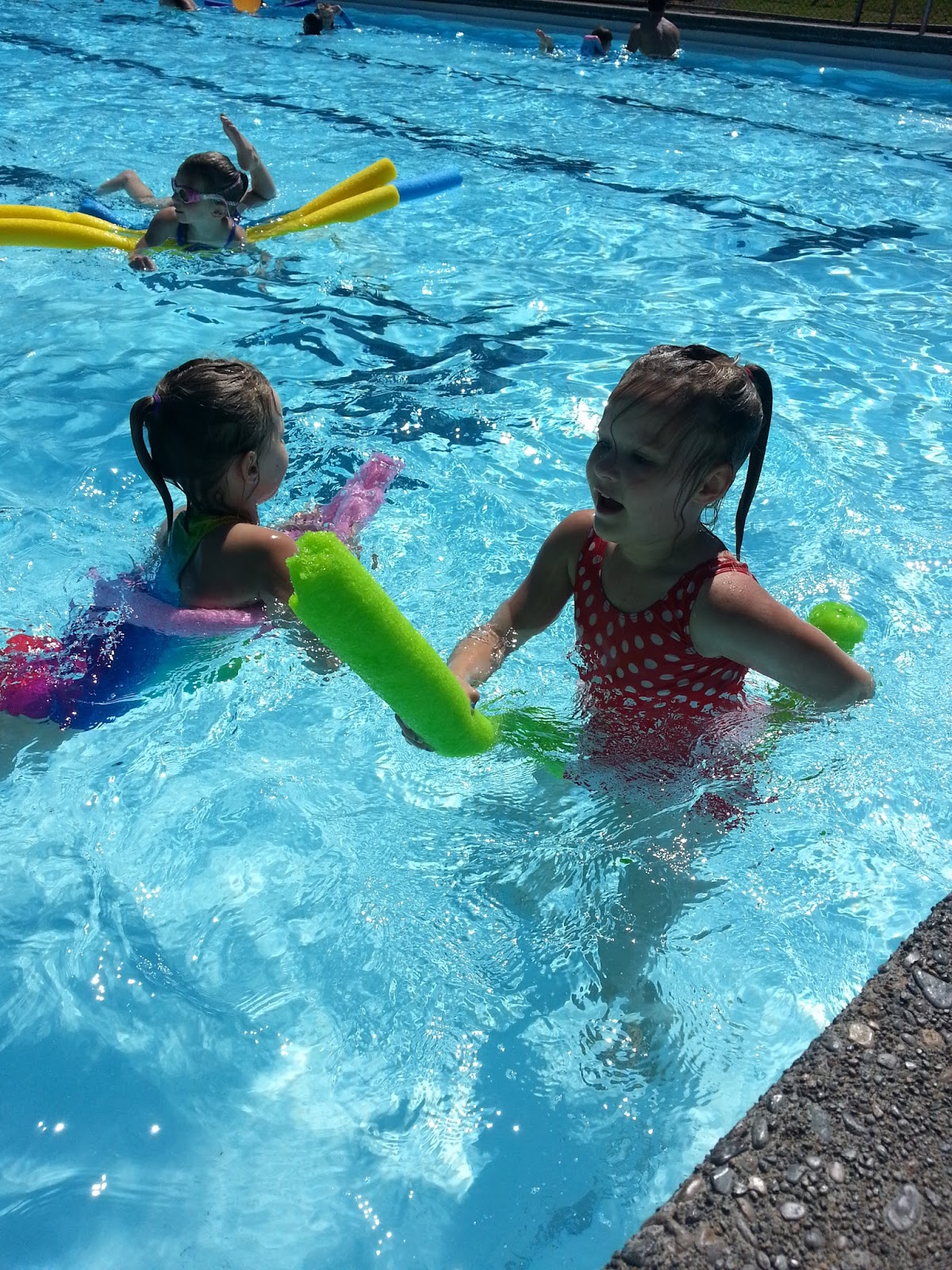 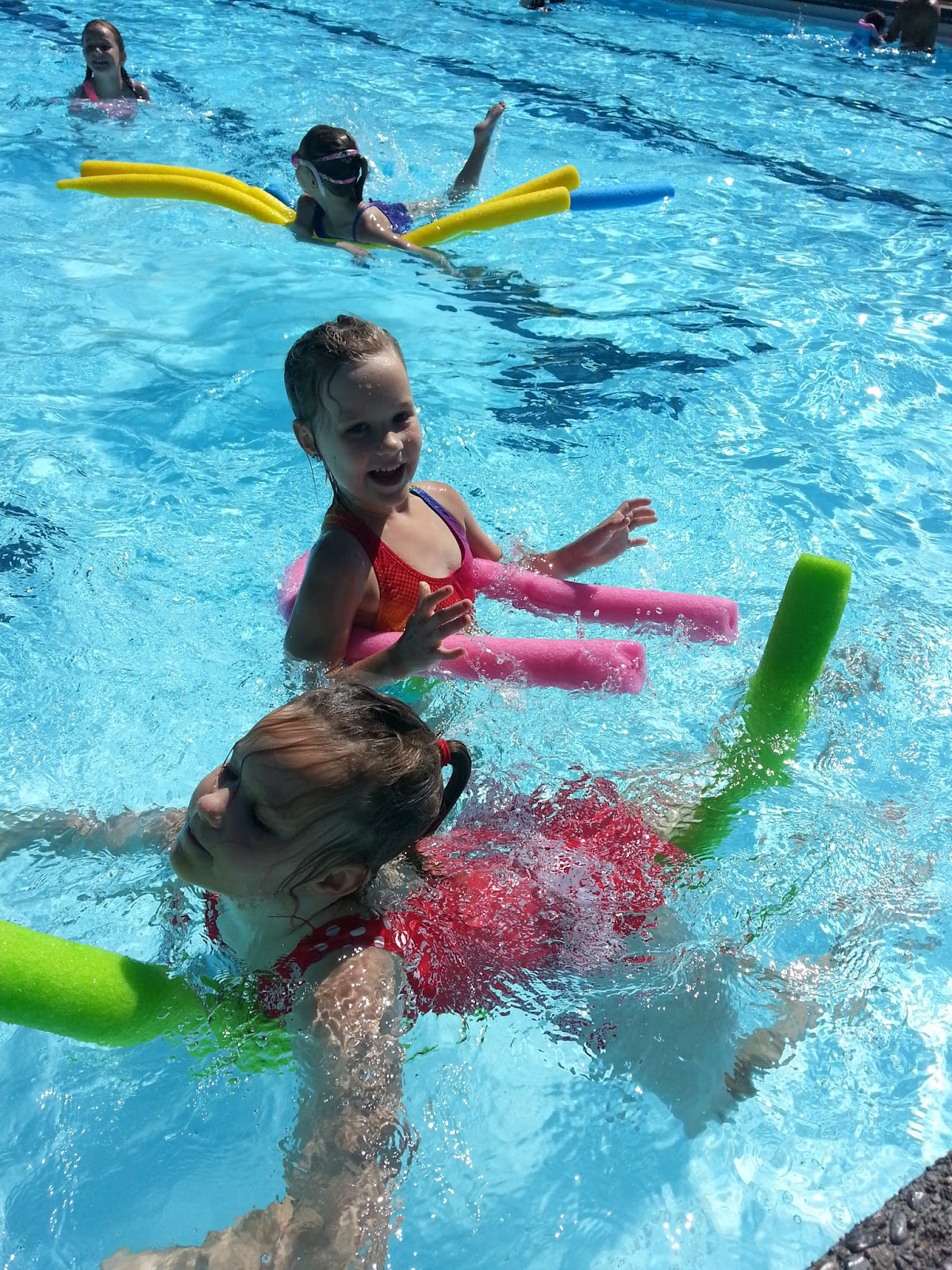 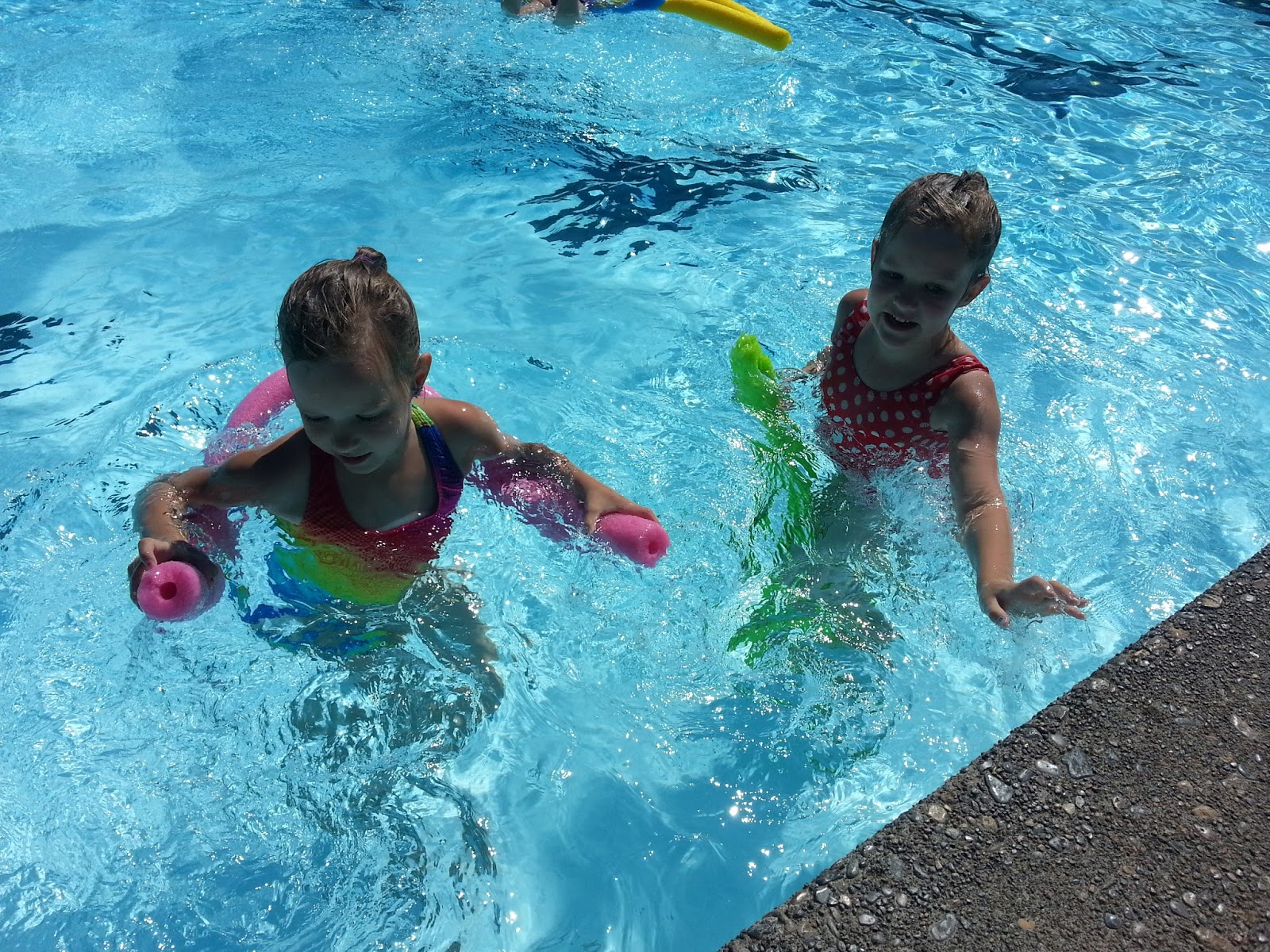