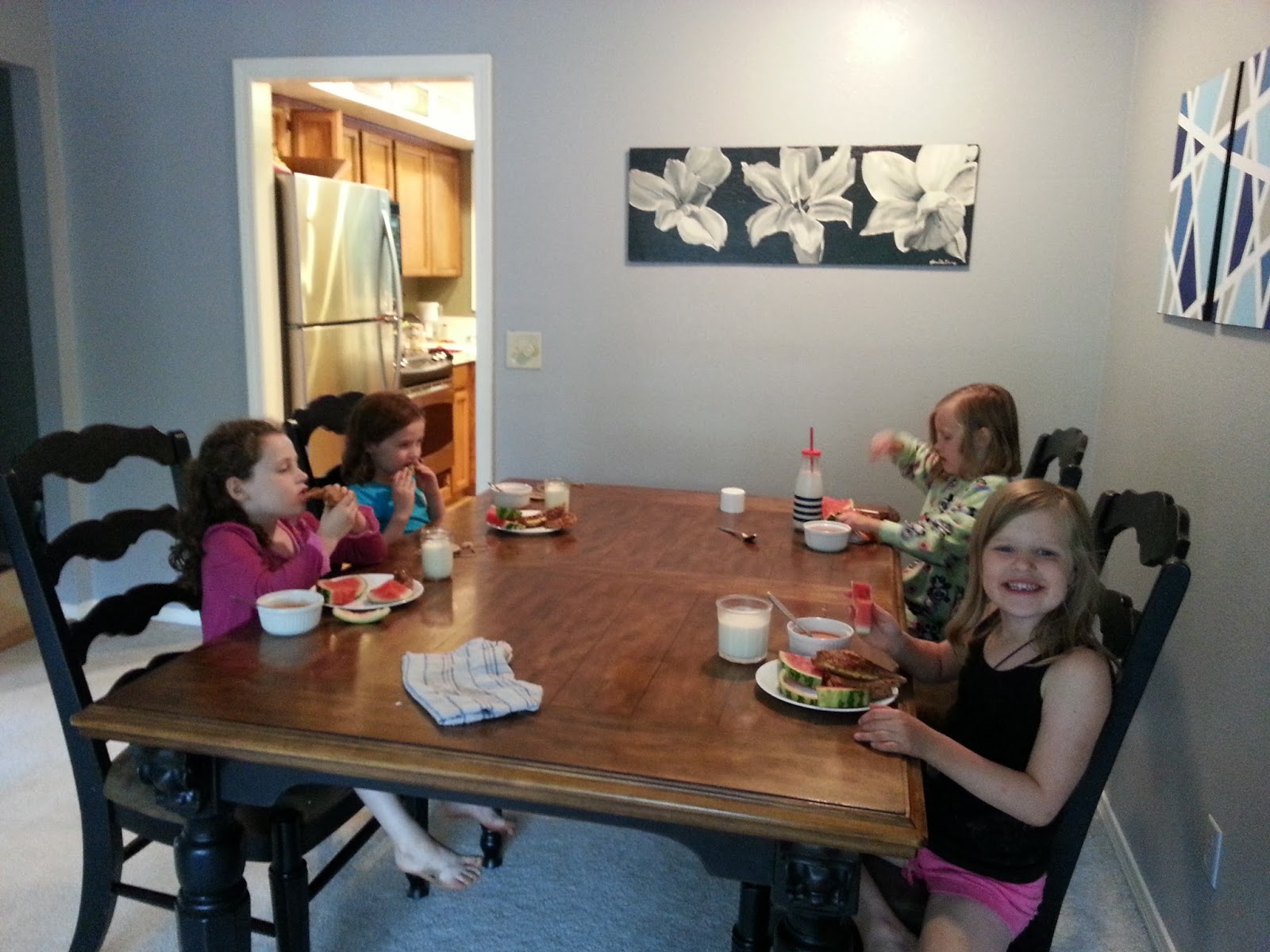 You know, I'm so glad that we still have lots of firsts. It makes me feel like maybe, just maybe that my girls are still my babies. We invited Maddie and Izzie's friends Rowan and Gracen to spend the night for my girls' first sleepover. Luckily Rowan and Gracen were old pros at the sleepover situation and they were just awesome.  I made Grilled Cheese Sandwiches and Tomato Soup for everyone for dinner and then it was movie time. 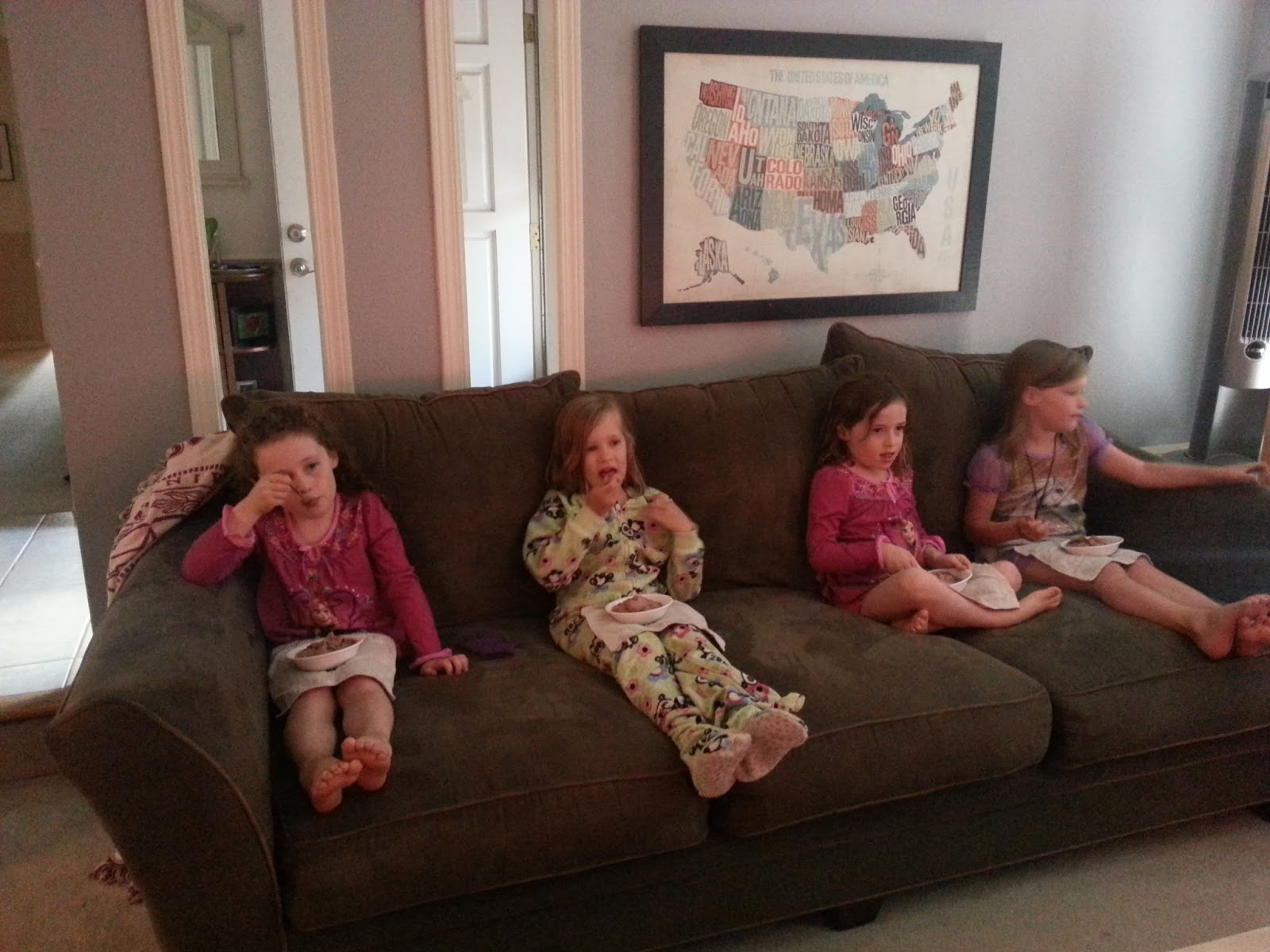 In a rookie mistake we asked all FOUR girls what movie they wanted to watch. Oops. I think 45 minutes later they FINALLY all agreed on The Lego Movie. Whew. 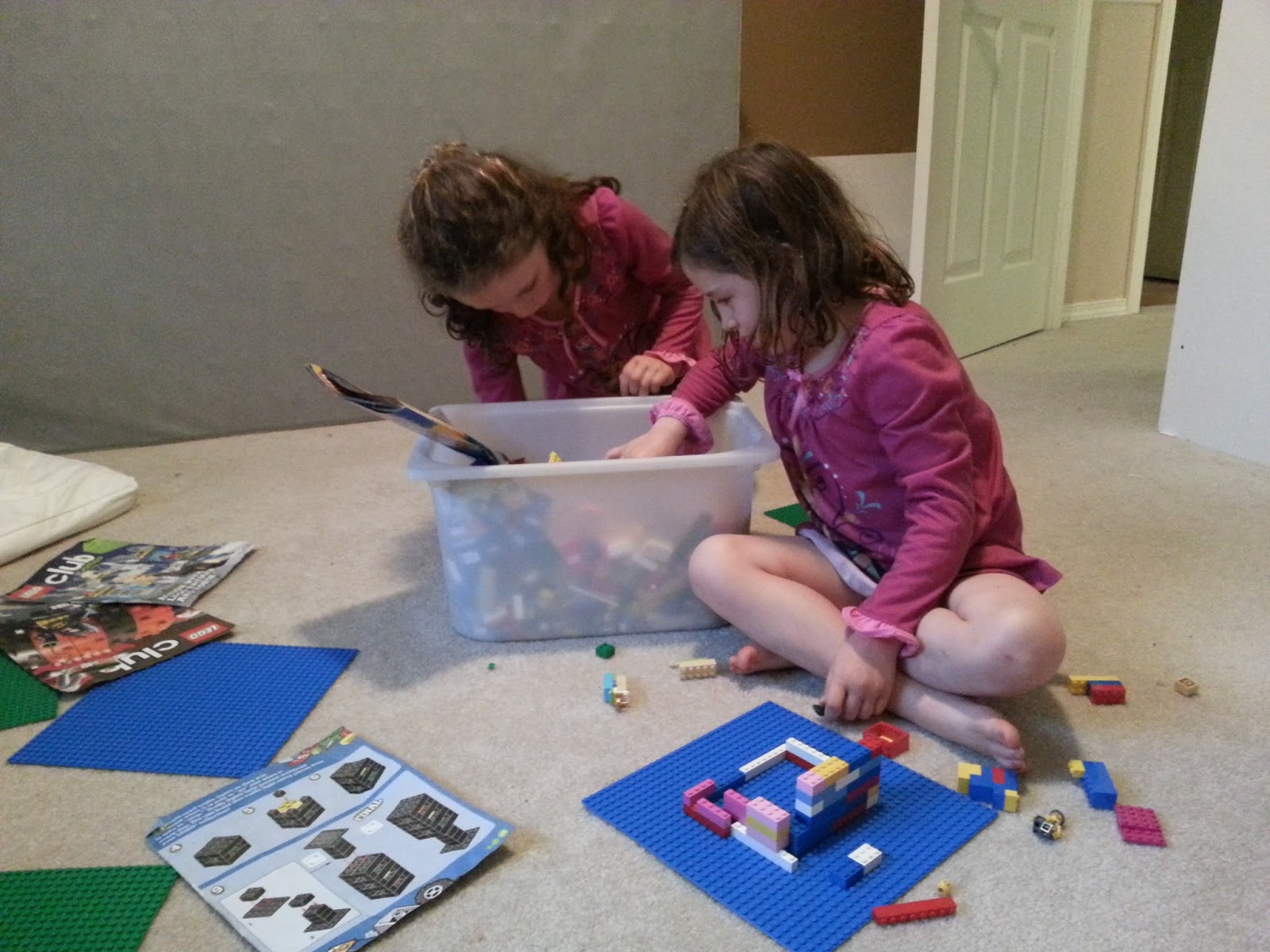 Which of course led to wanting to play legos before bedtime. 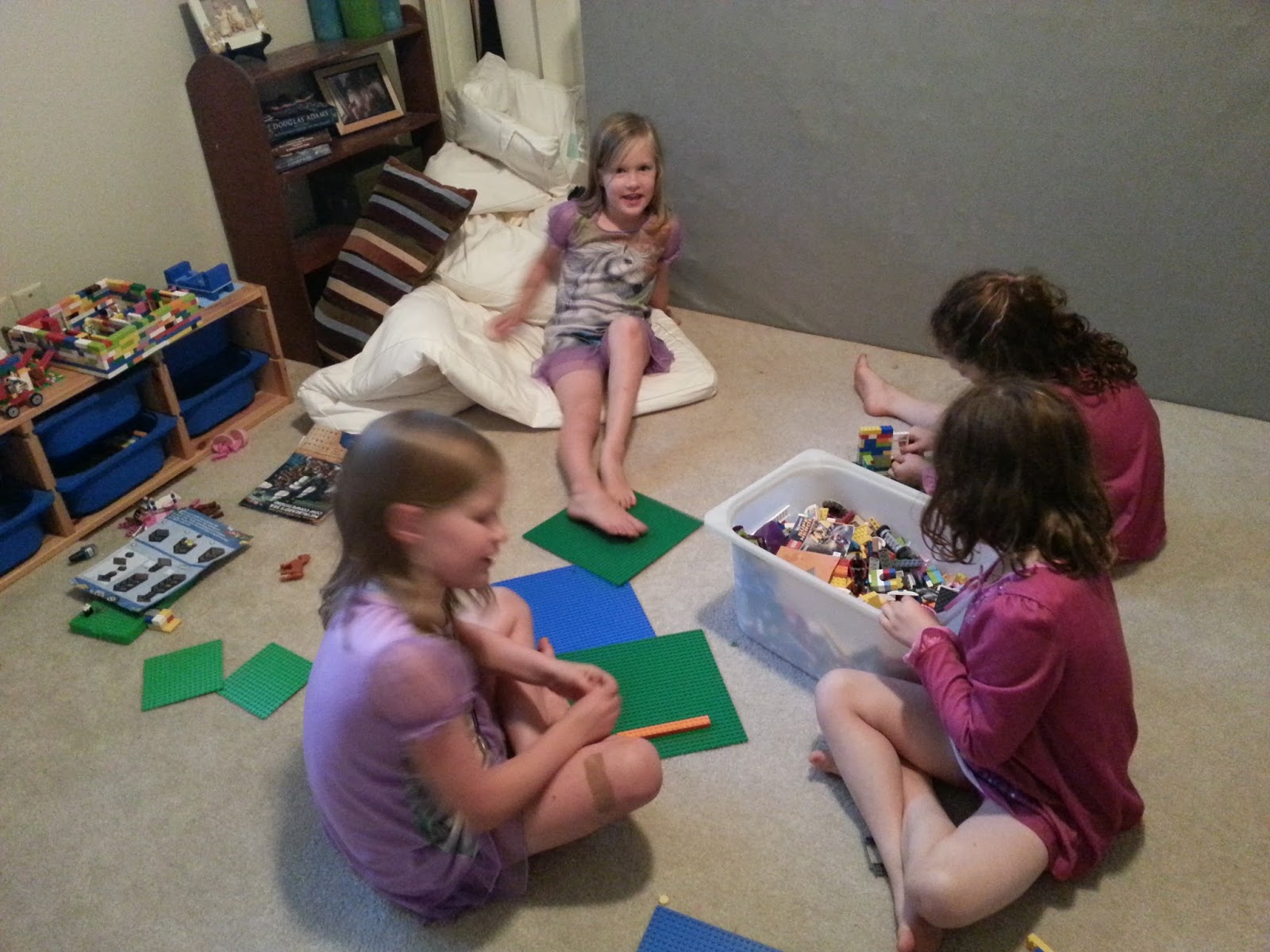 Did I say bedtime? Ha! 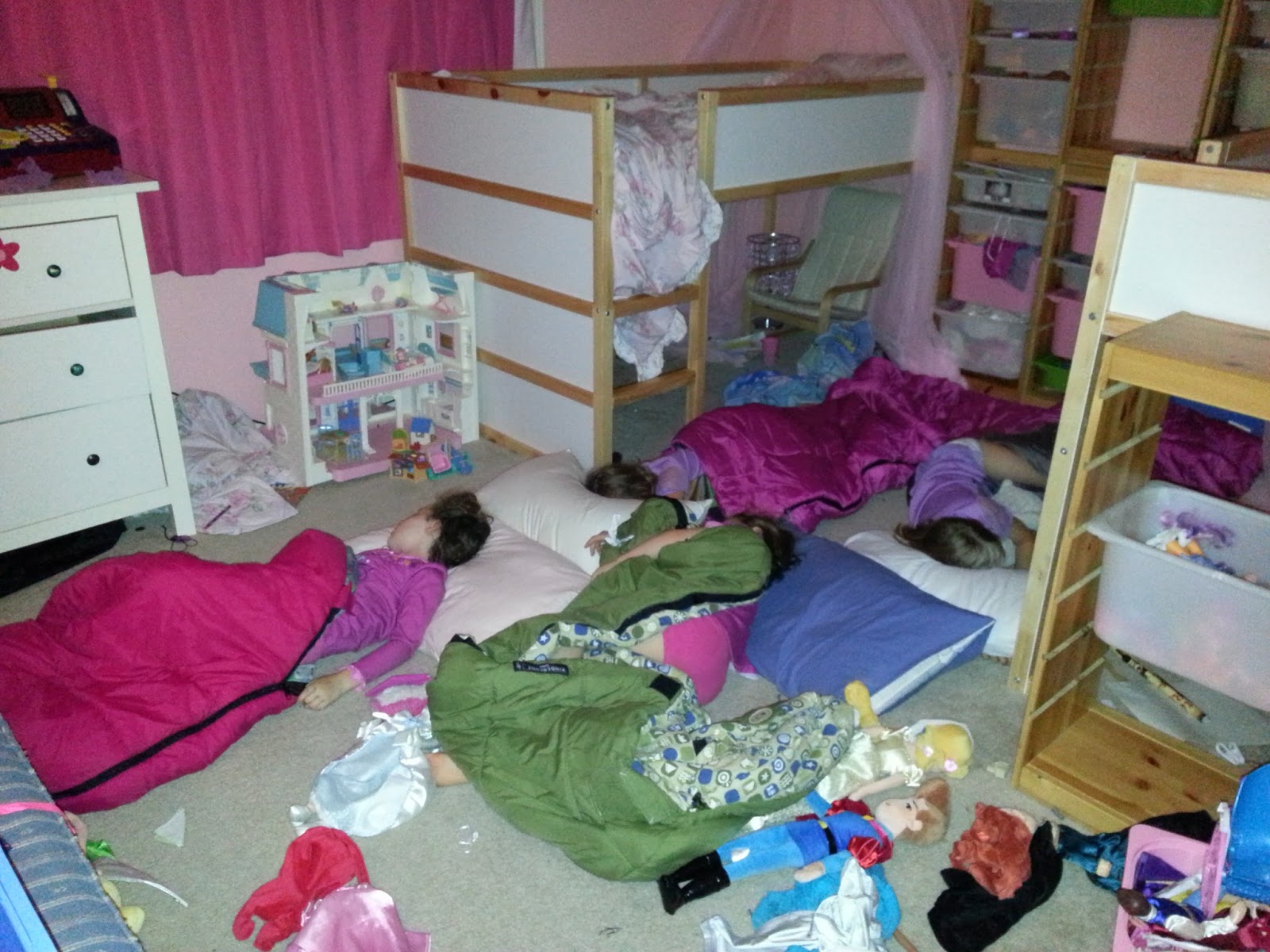 I think they all finally fell asleep after much encouragement around 11:30. I don't think Maddie and Izzie have ever been up that late! 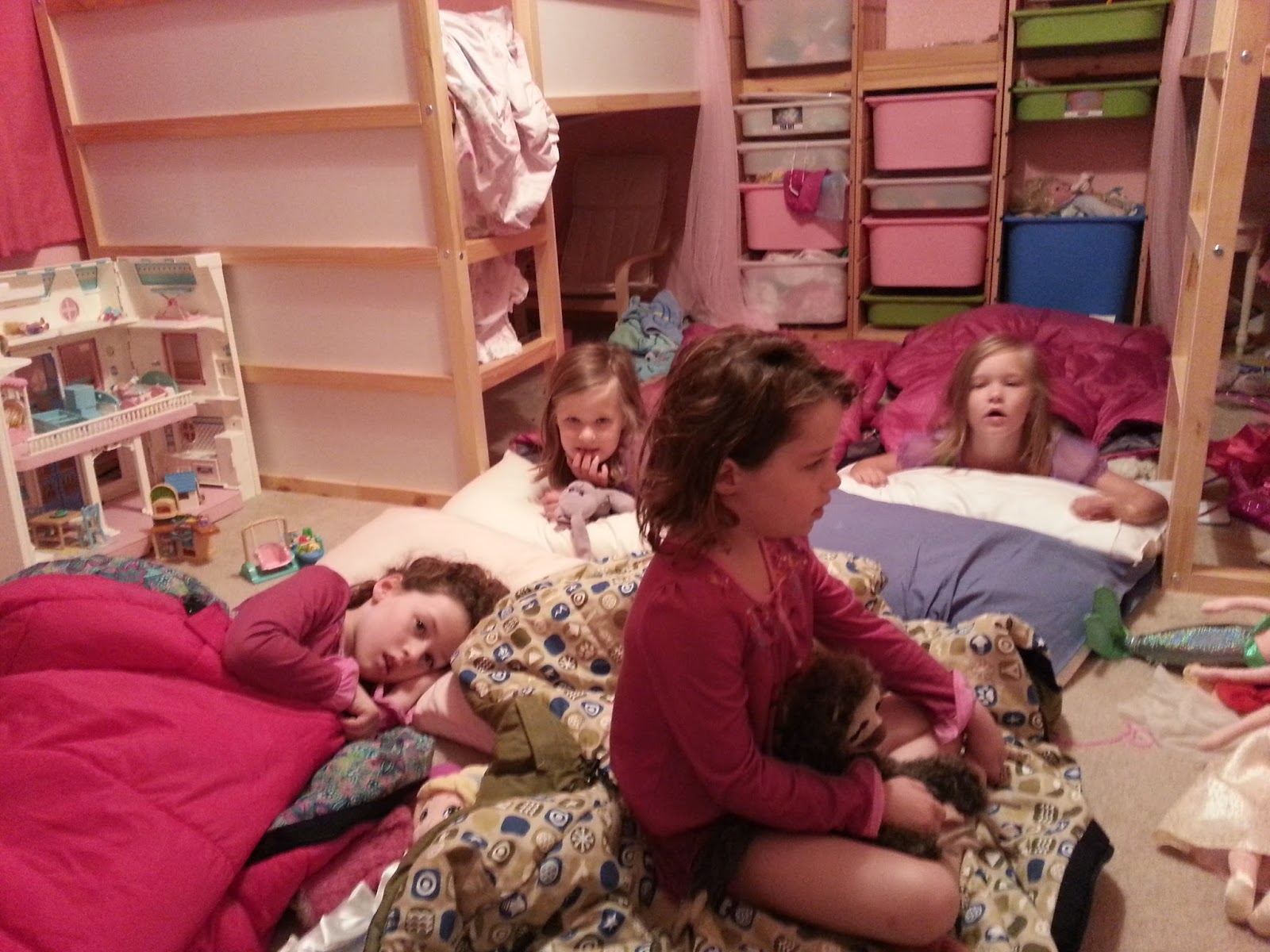 The next morning they woke up earlier than I expected! 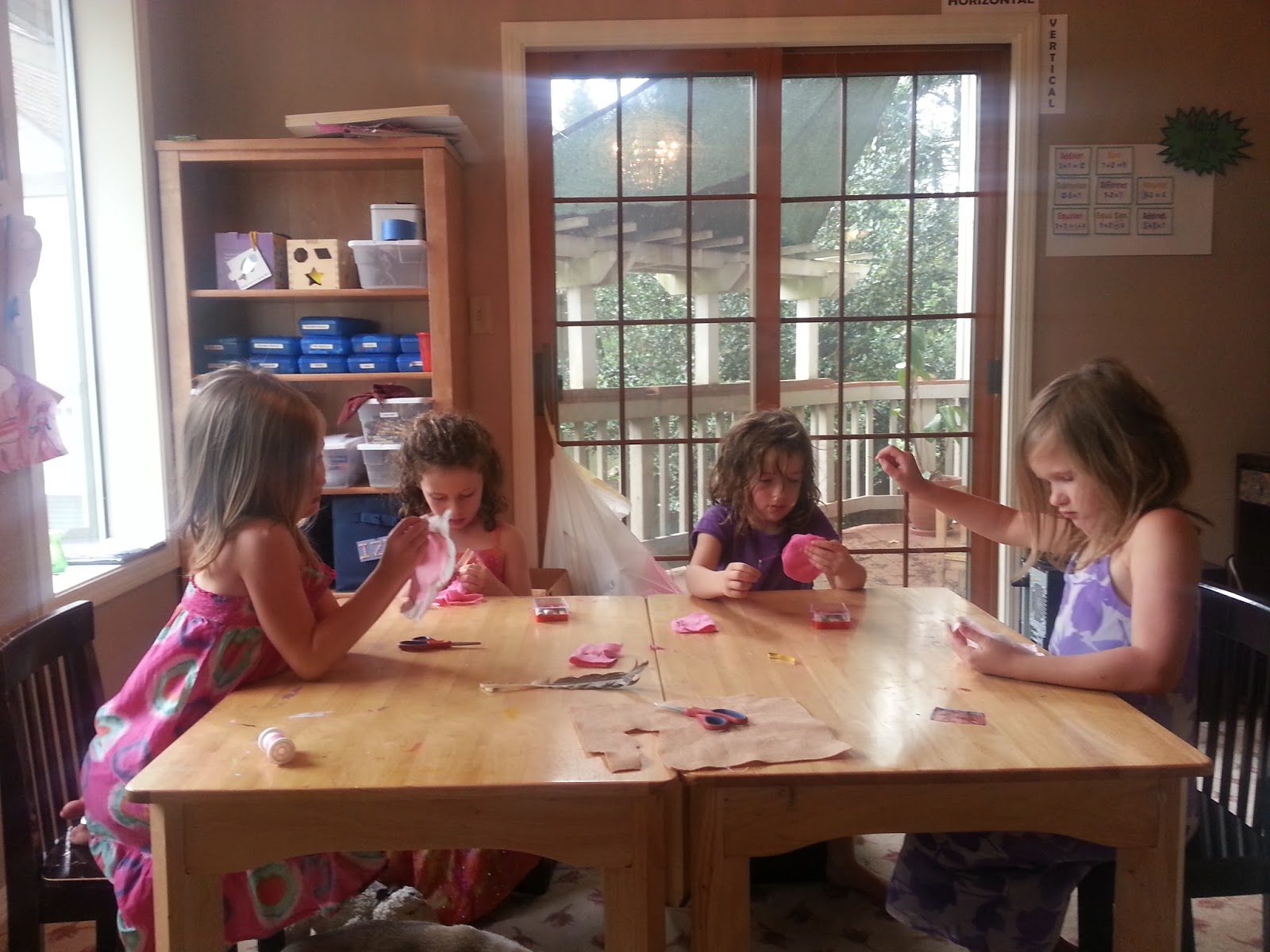 After breakfast we all did a sewing lesson together. Gracen and Rowan made pin cushions for their first project. 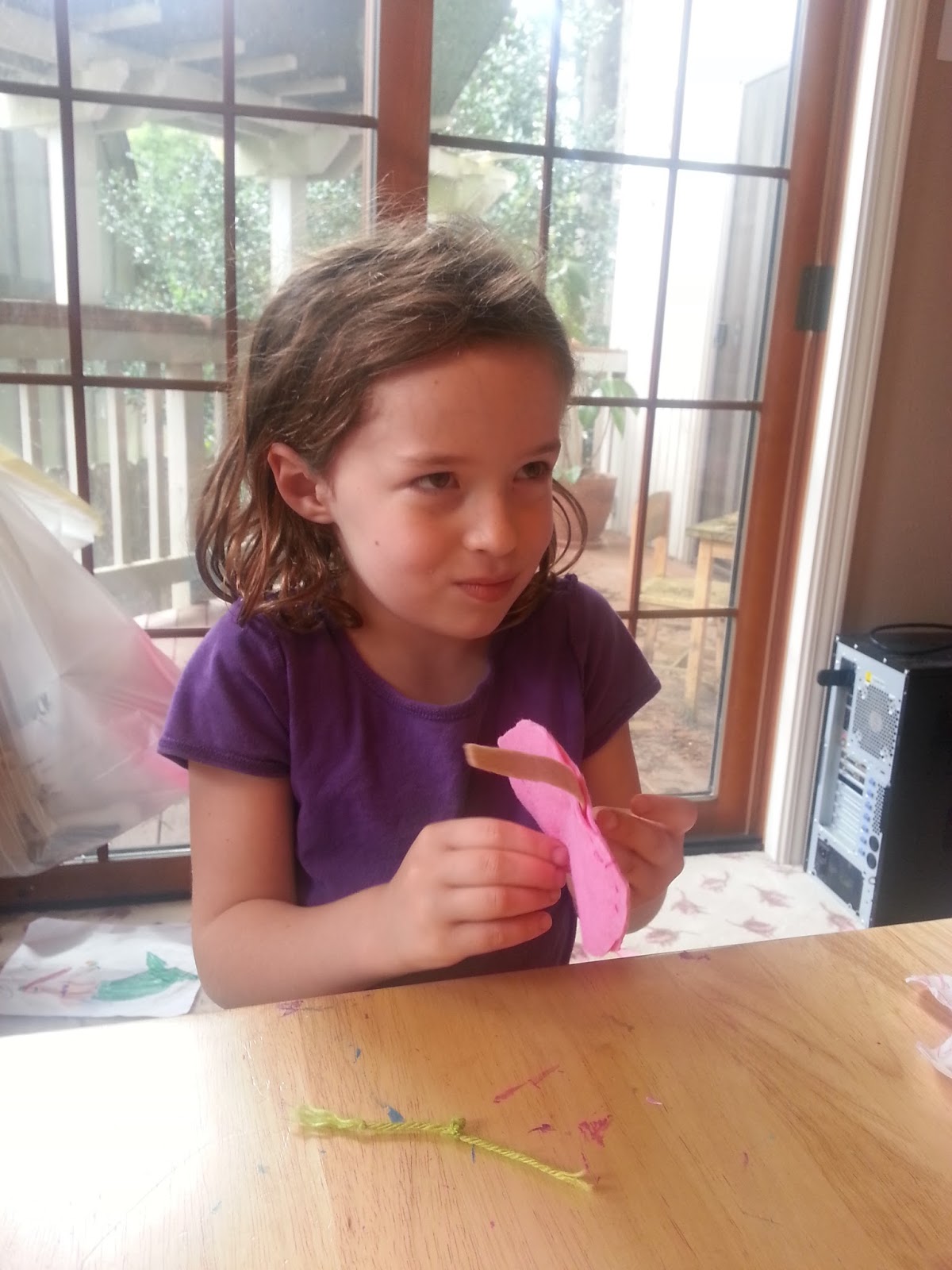 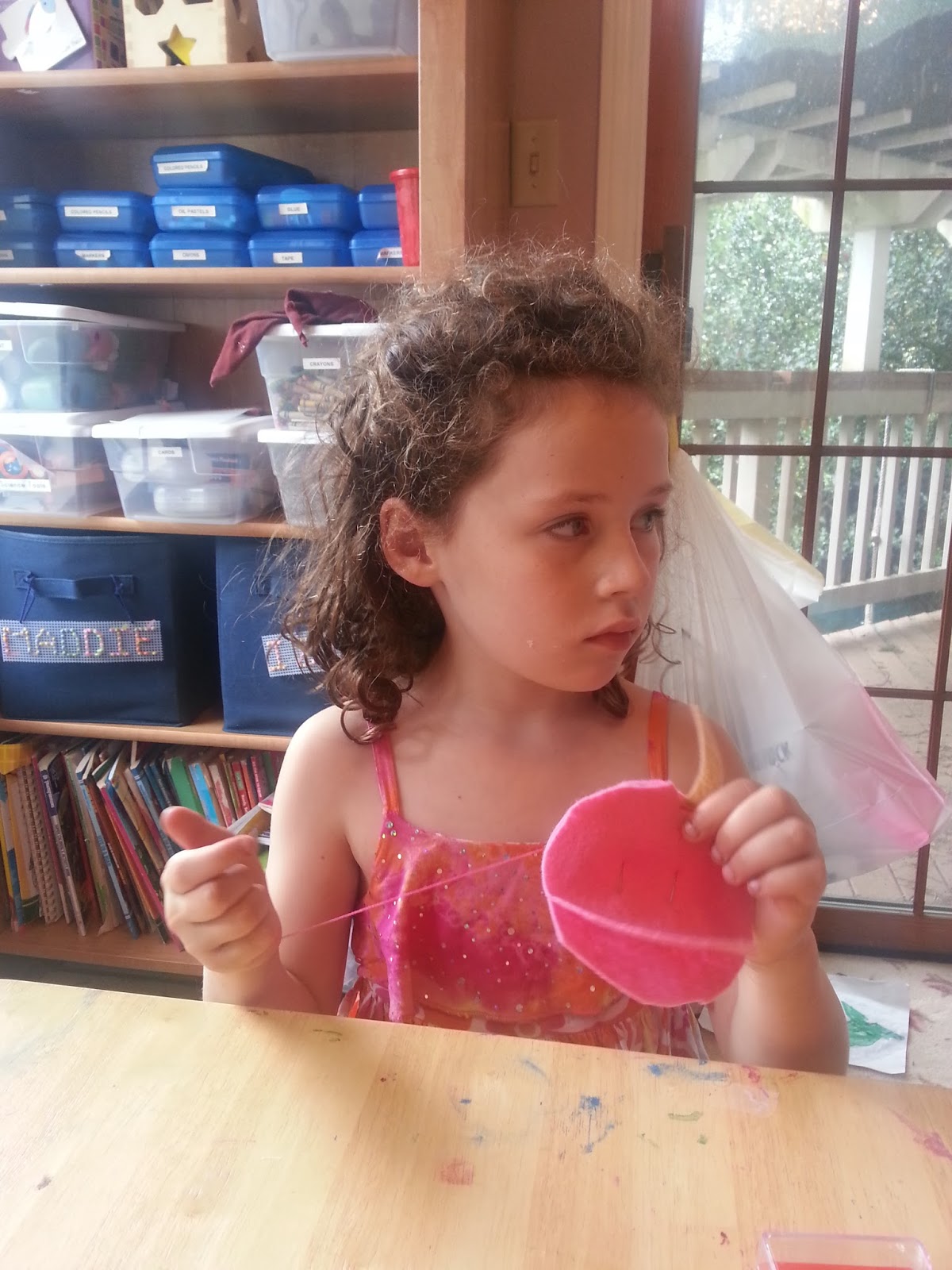 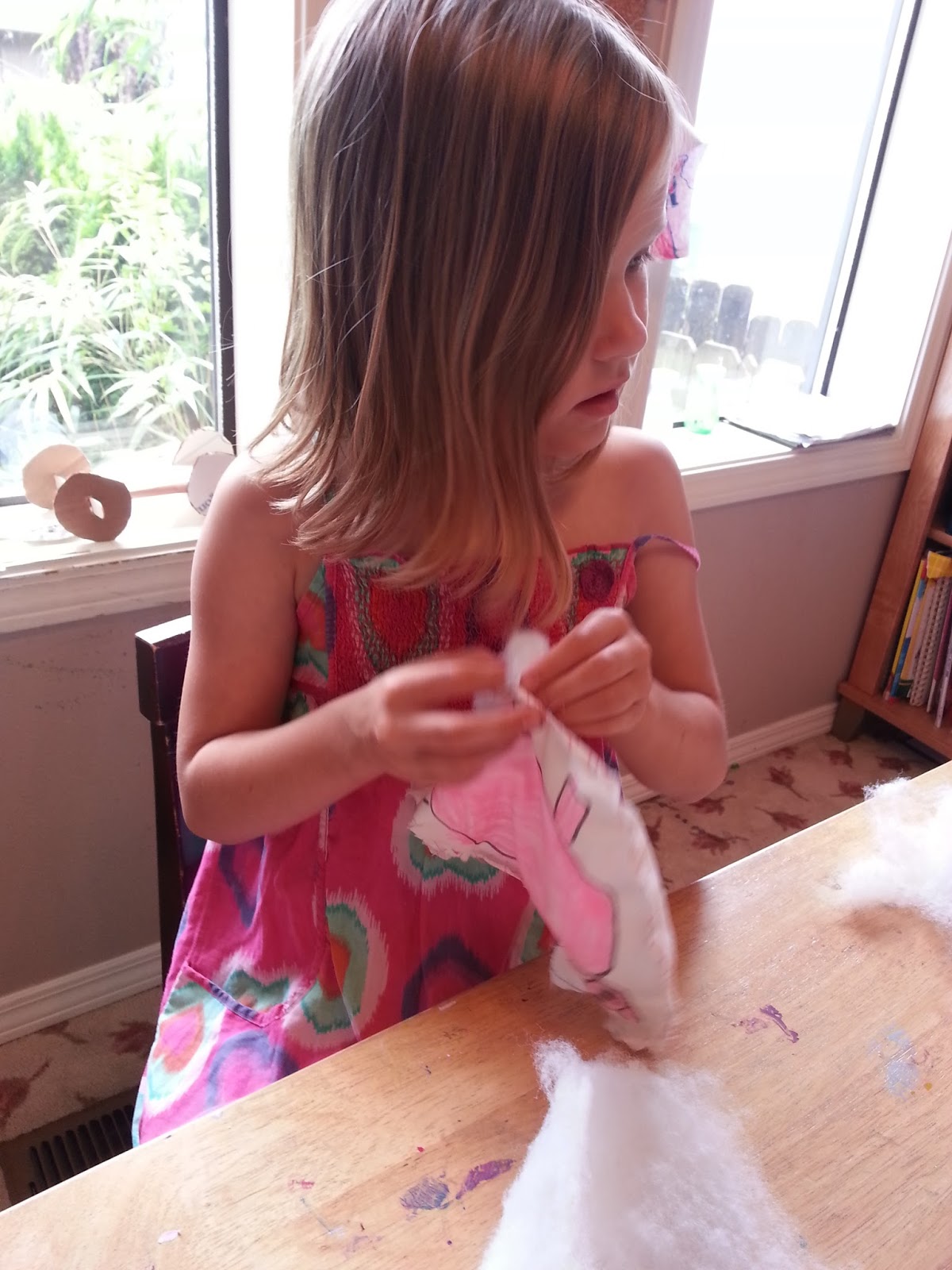 Izzie continued to work on her stuffed animal that she designed. 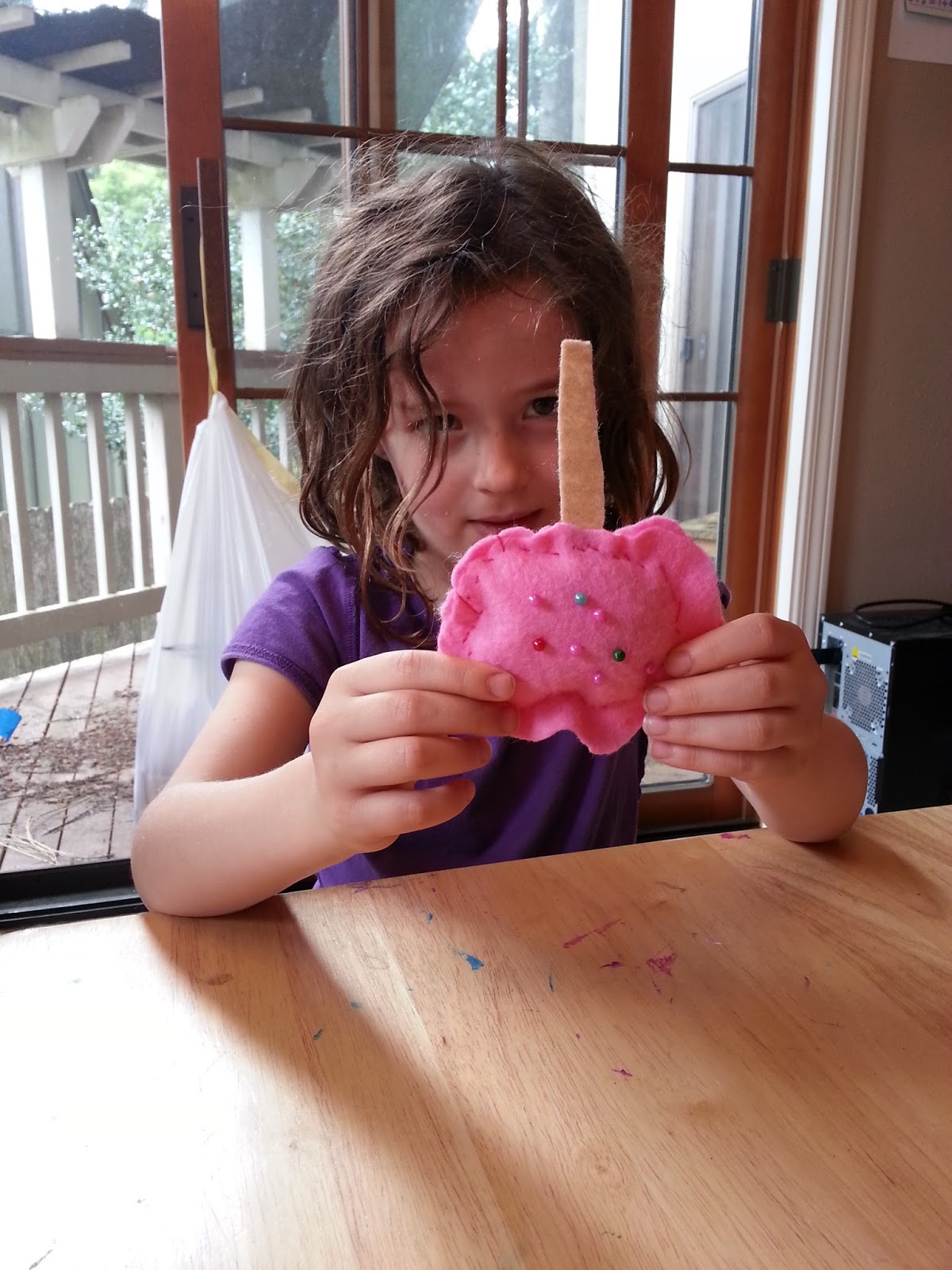 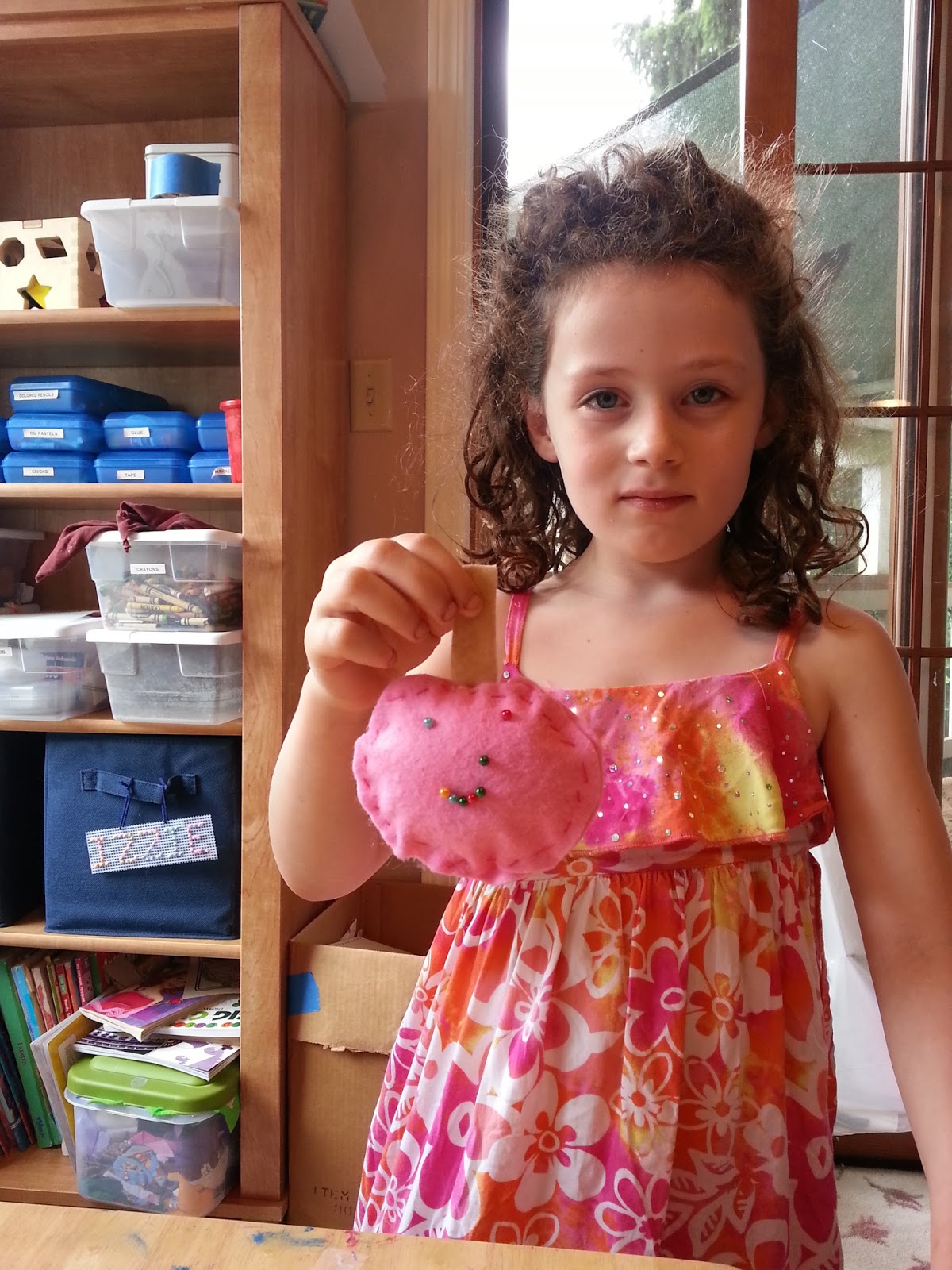 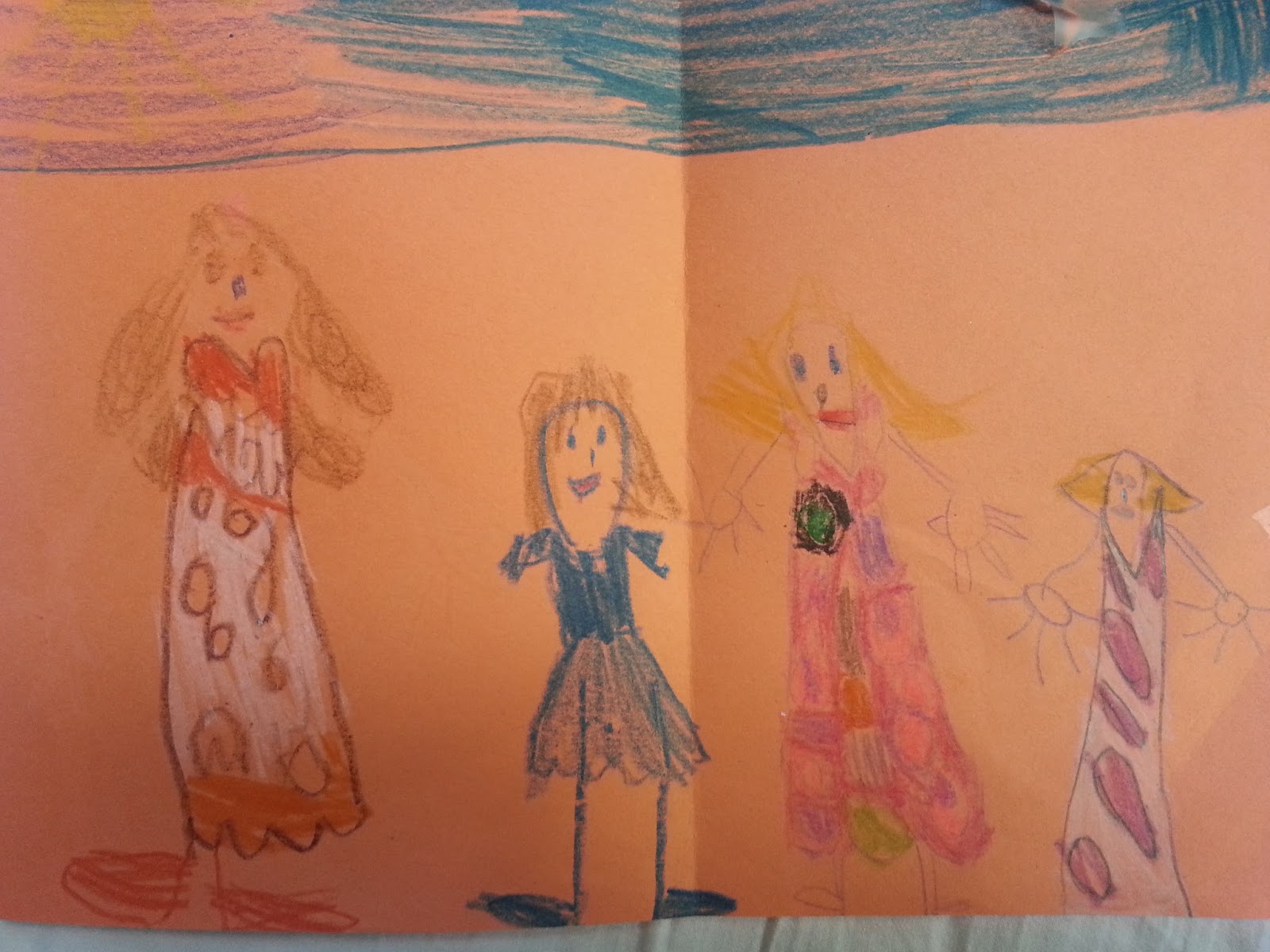 After they left Izzie drew a picture of her friends and what they were wearing. Gracen, Rowan, Izzie and Maddie. 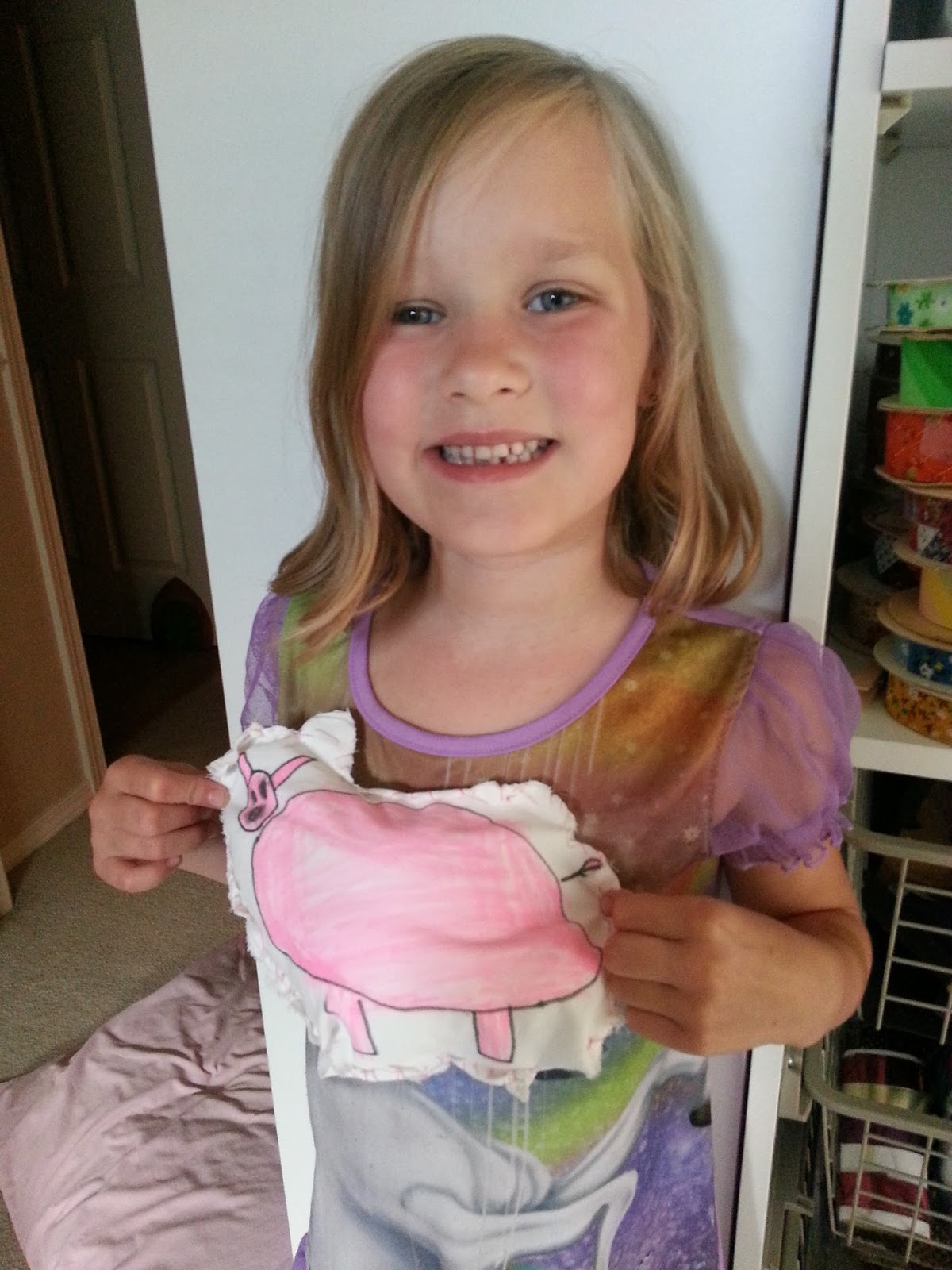 It was a really fun sleepover and the girls were very good hosts. I asked them if they were ready to spend the night at a friends house, Izzie said sure but Maddie said she wasn't quite ready just yet. We'll see!