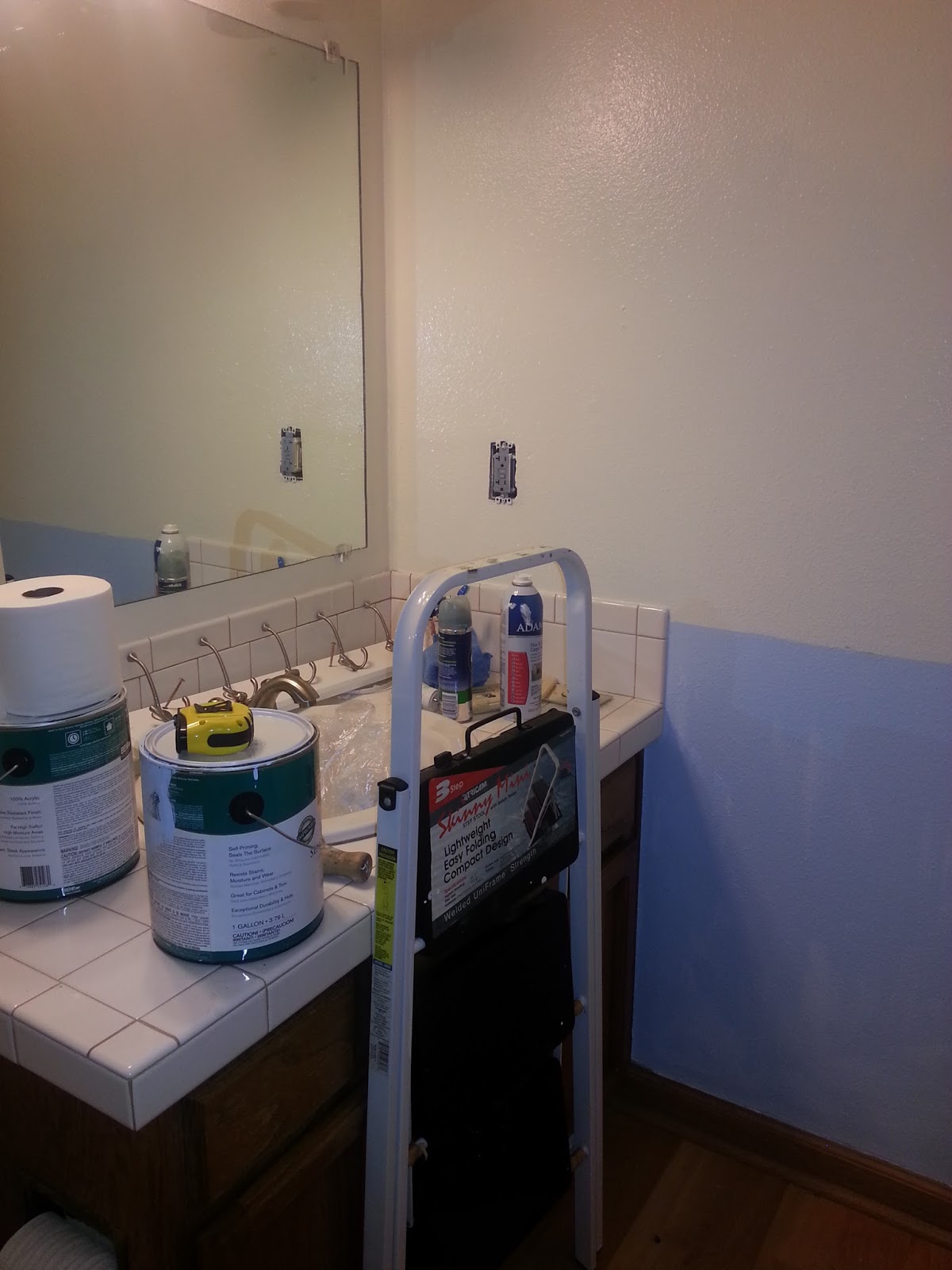 Our hall bath was a dark room that I wanted to lighten up. I figured while the girls were at Rewild Day Camp, it'd be a great opportunity to tackle the project. It ended up taking pretty much the entire week. Mostly because the dark paint took a few coats of KILZ to cover. And then the first top coat I on ended up being too creamy so I eventually did the top just a bright white, which was perfect. I chose a light blue for the bottom. Originally I was going to do a green to match the shower curtain, but I decided that I liked the contrast of the green and blue and I already had some leftover blue paint from painting my office nook. The other semi-challenging part of the project was putting in a chair rail. I forgot to take Before Pictures. I think I have some from when I did a walk through of the house when we bought it, I need to dig it out. 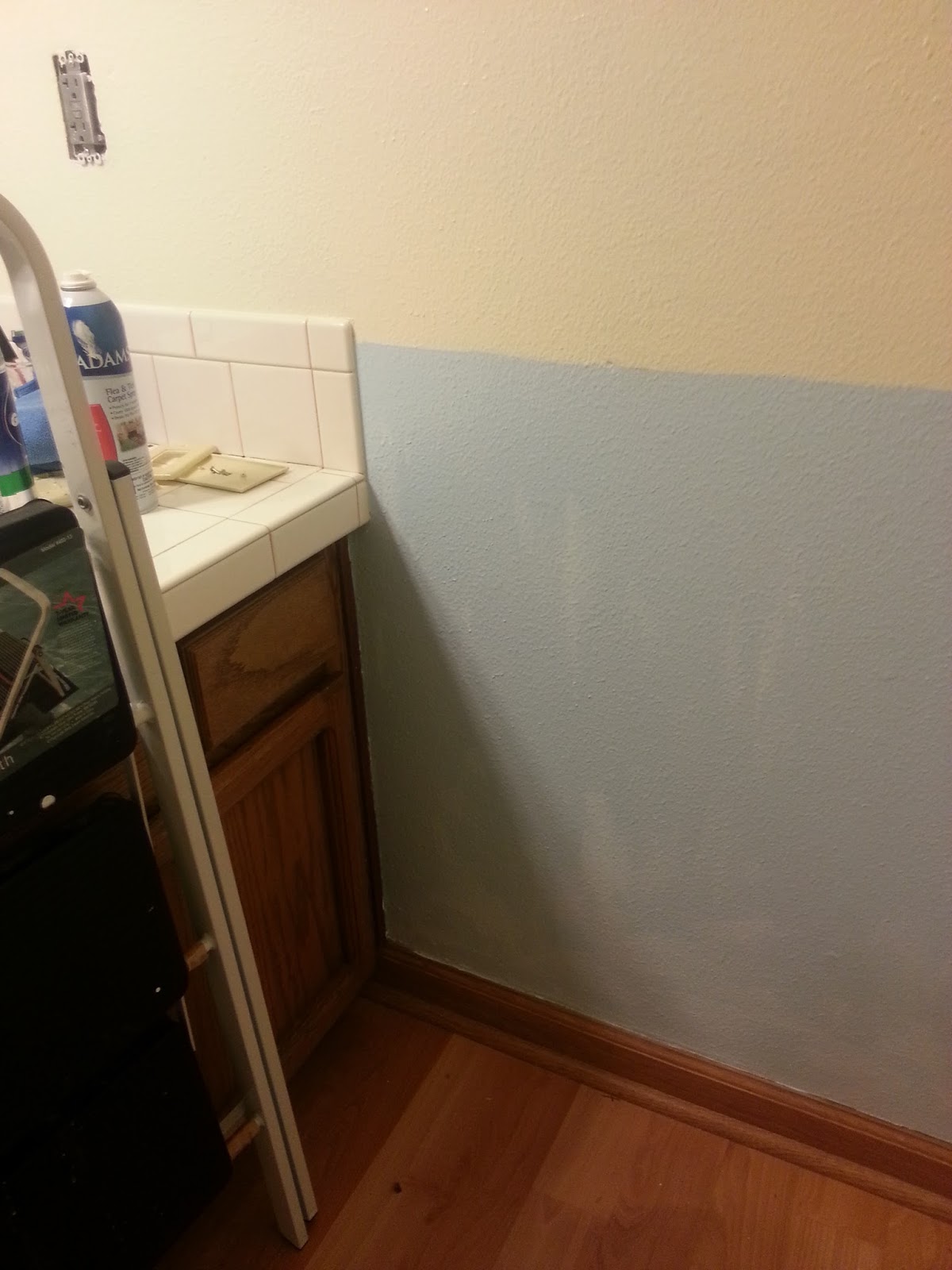 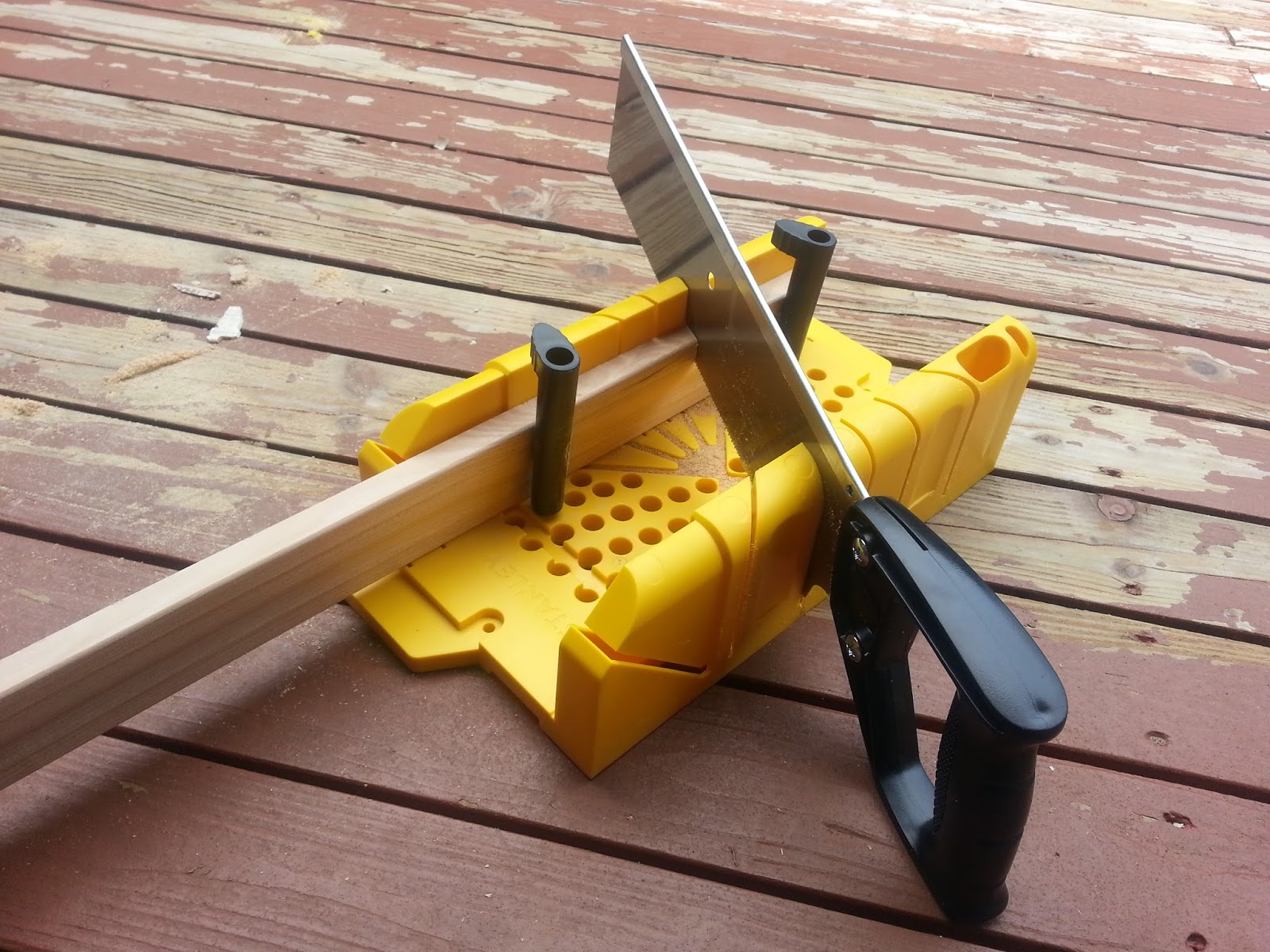 I picked up a miter-box and got to work on figuring out the angles for the chair rail. It wasn't that hard, but I did make sure to measure twice and cut once! 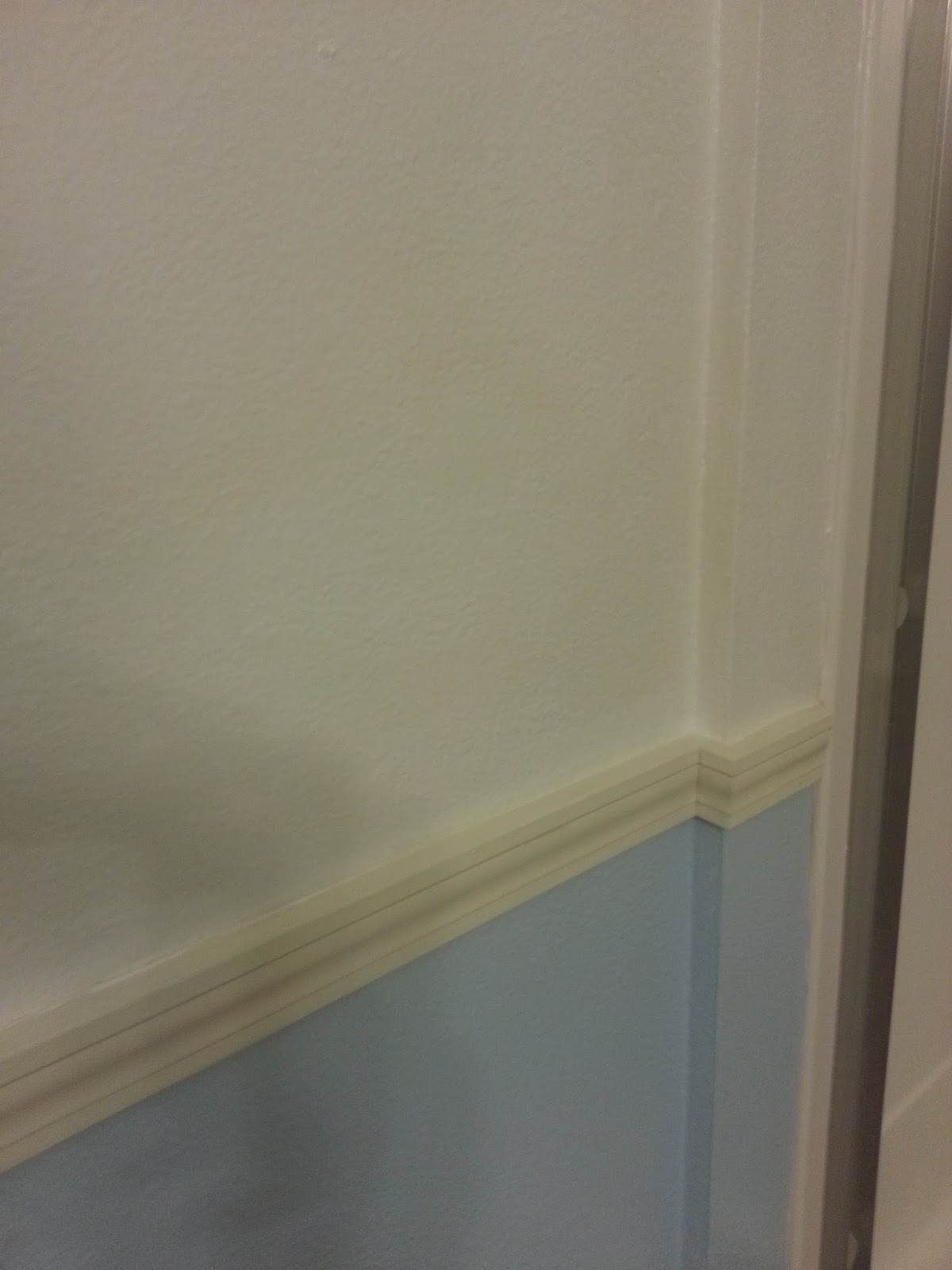 The little bump there in the wall was the hardest part but I got a good fit! 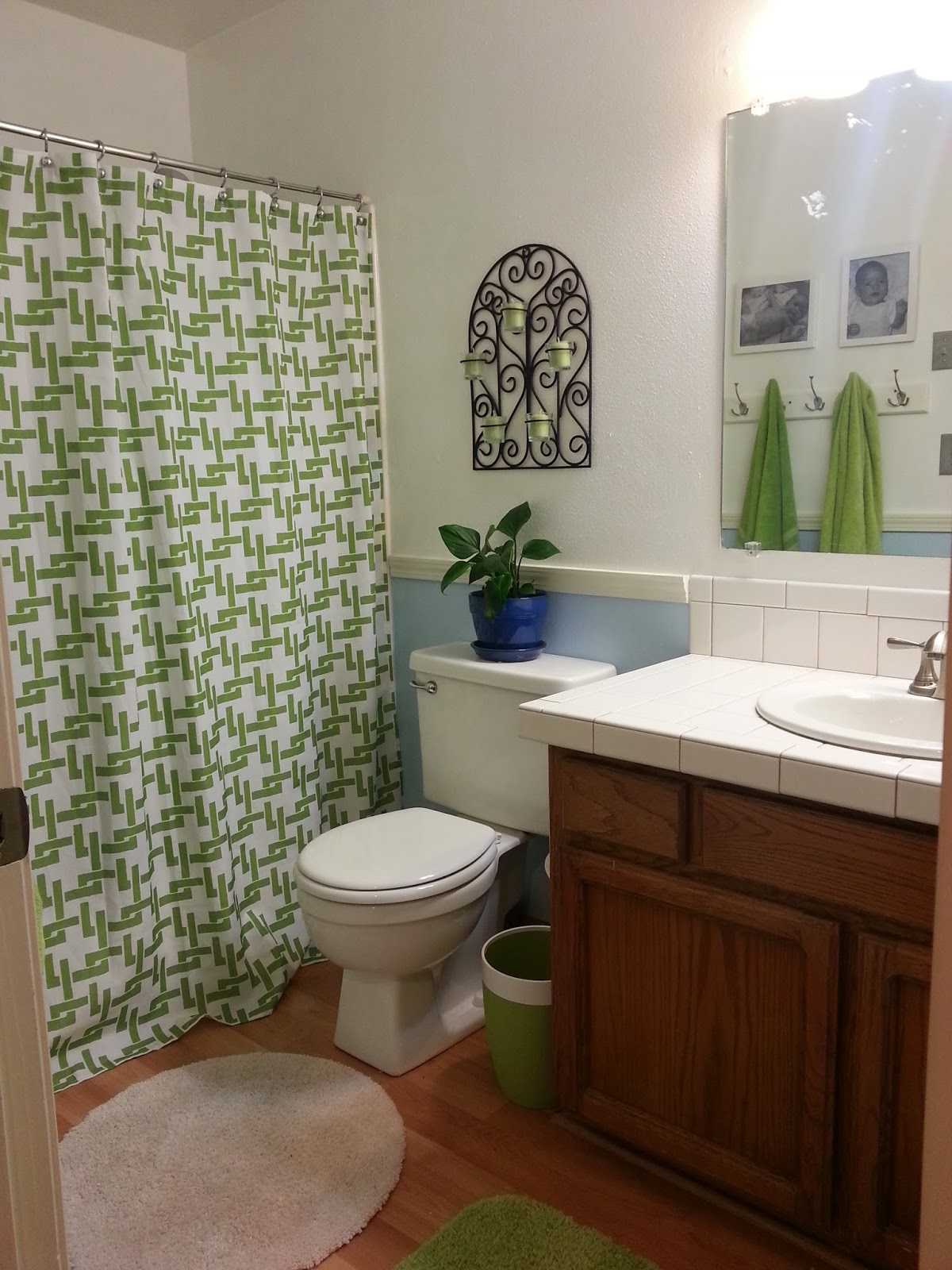 The finished room almost looks twice as big and it is so much more pleasant in there. It no longer feels like a dank cave!
Posted by Amanda at 10:03 PM