Dressing up our Stuffies. 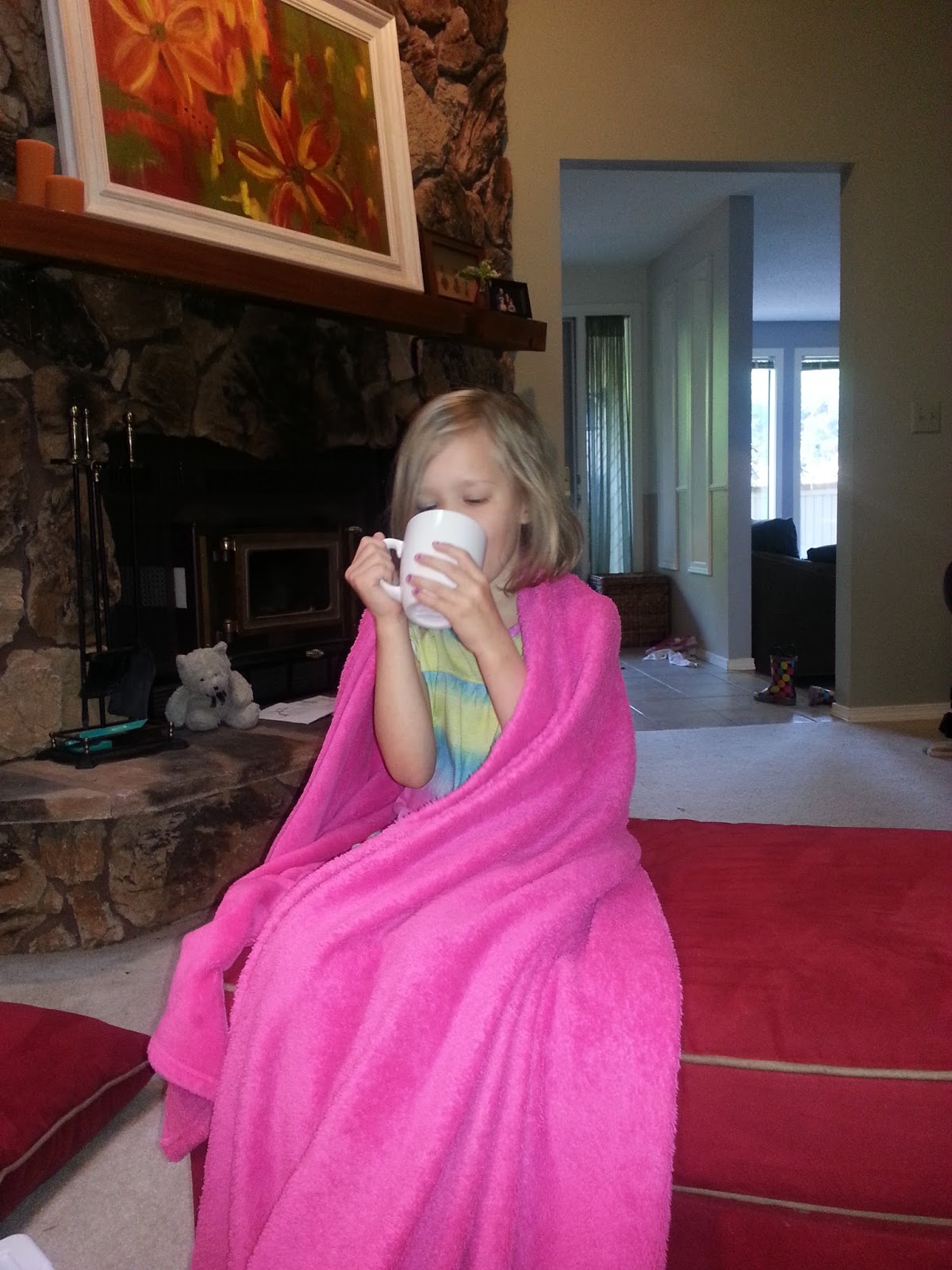 Izzie and Maddie wouldn't eat their tomato soup the night before. This is a food that they normally don't mind. It's not their favorite, but they'll eat most of their bowl with dinner. When they refused (which was becoming a trend with all dinners lately) I snapped and said they'd have it for breakfast in the morning if they didn't eat it. They didn't eat it. So, here is Izzie drinking her tomato soup from a mug for breakfast. Both girls were going to just "skip" breakfast until I told the they'd be getting it for lunch and dinner until it was gone. They decided to just get it over with. THANKFULLY. 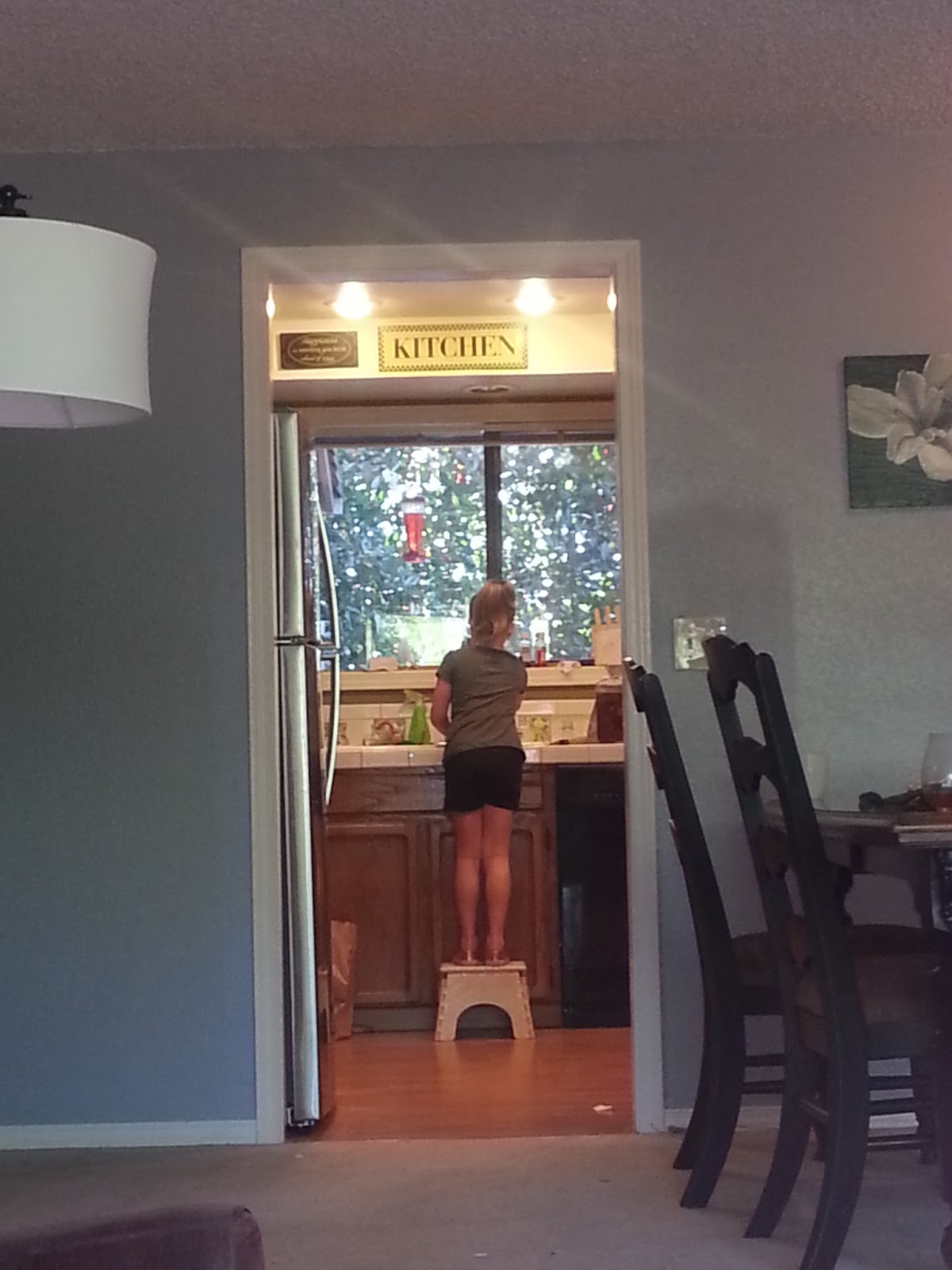 Cute pic of Maddie getting some water from the sink. I guess I like the face that they still need a stool for SOME things. My tall growing girls! 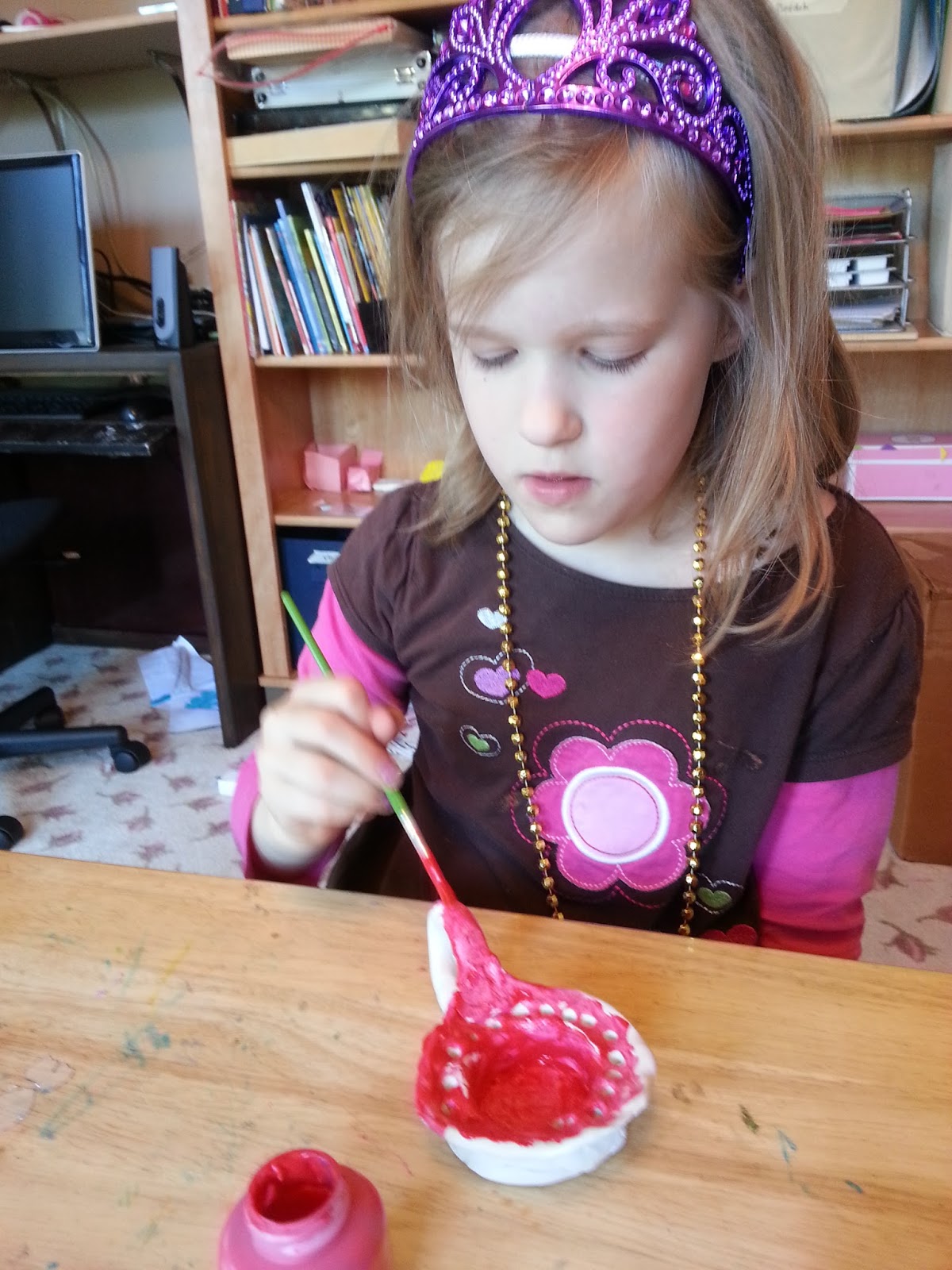 Working on our Ancient Rome unit, the girls made "oil" lamps. We used modeling clay to make the lamps, but instead of filling them with oil, we used tea lights. This is Maddie painting hers. The Romans drew pictures on their lamps, but the girls wanted to just paint theirs solid colors. 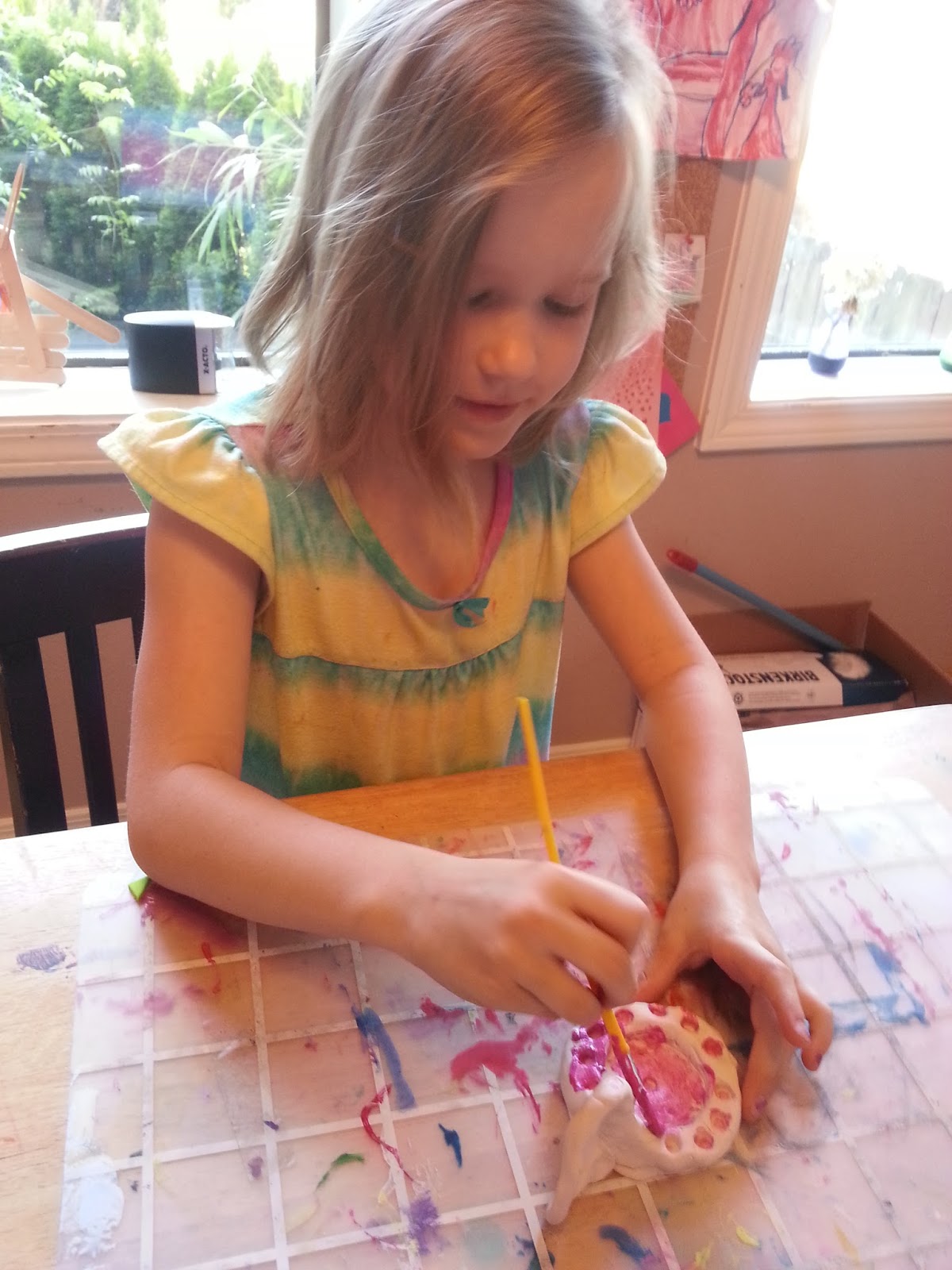 Izzie working on hers. 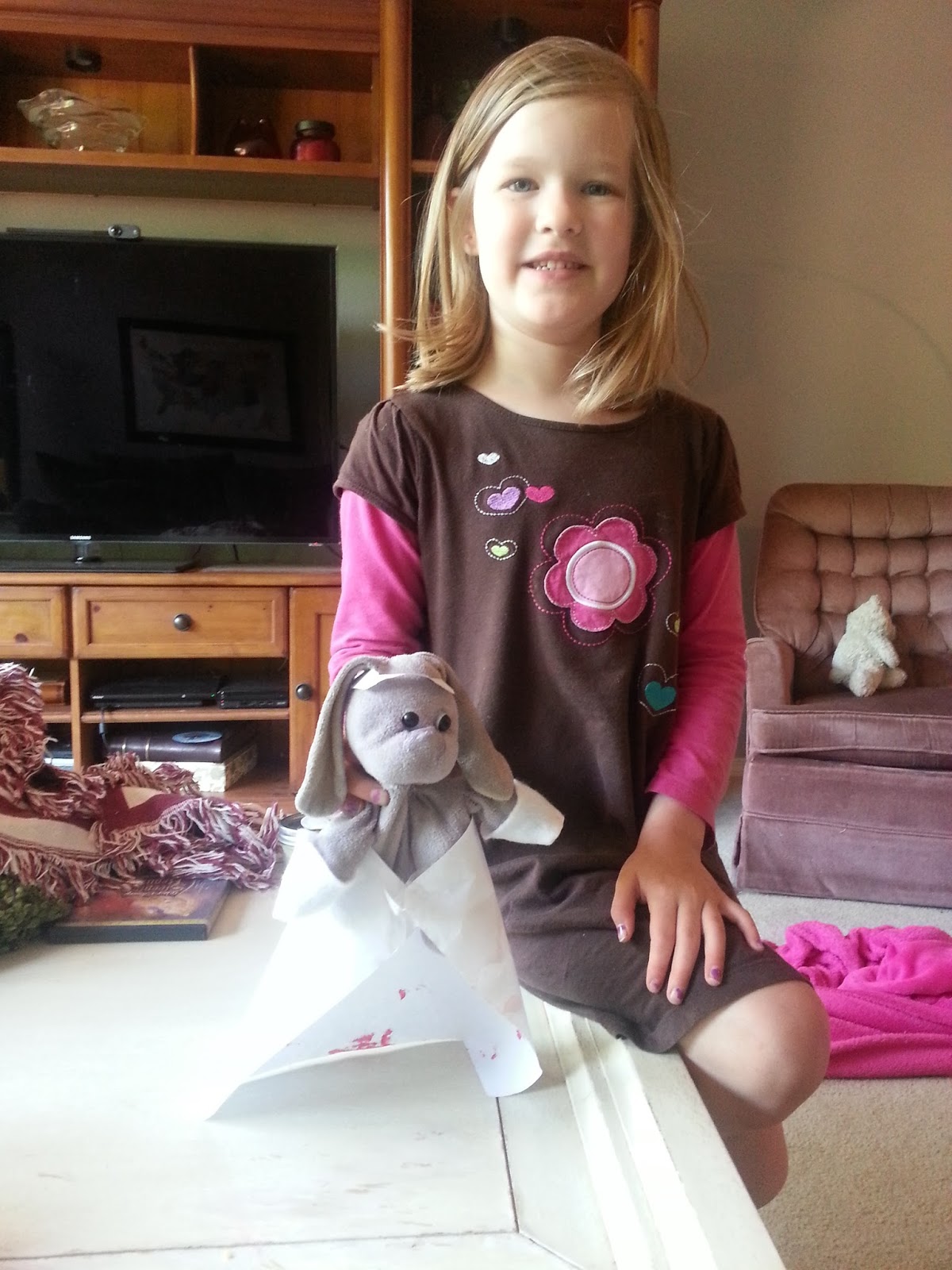 Maddie wanted a wedding dress for Bunny. She made one out of paper but was having trouble with paper gloves. So she got out her sewing kit and made little felt gloves for Bunny. 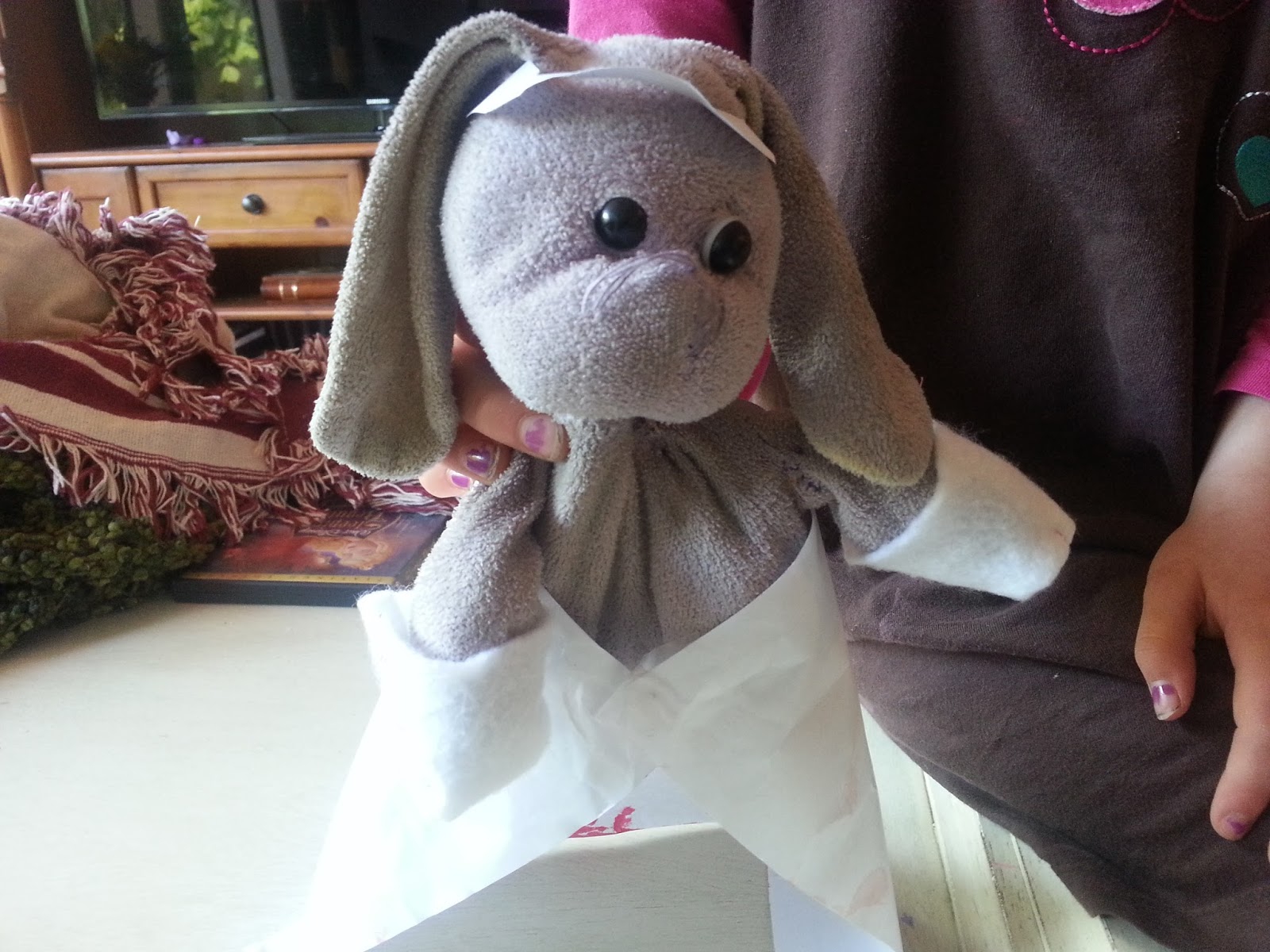 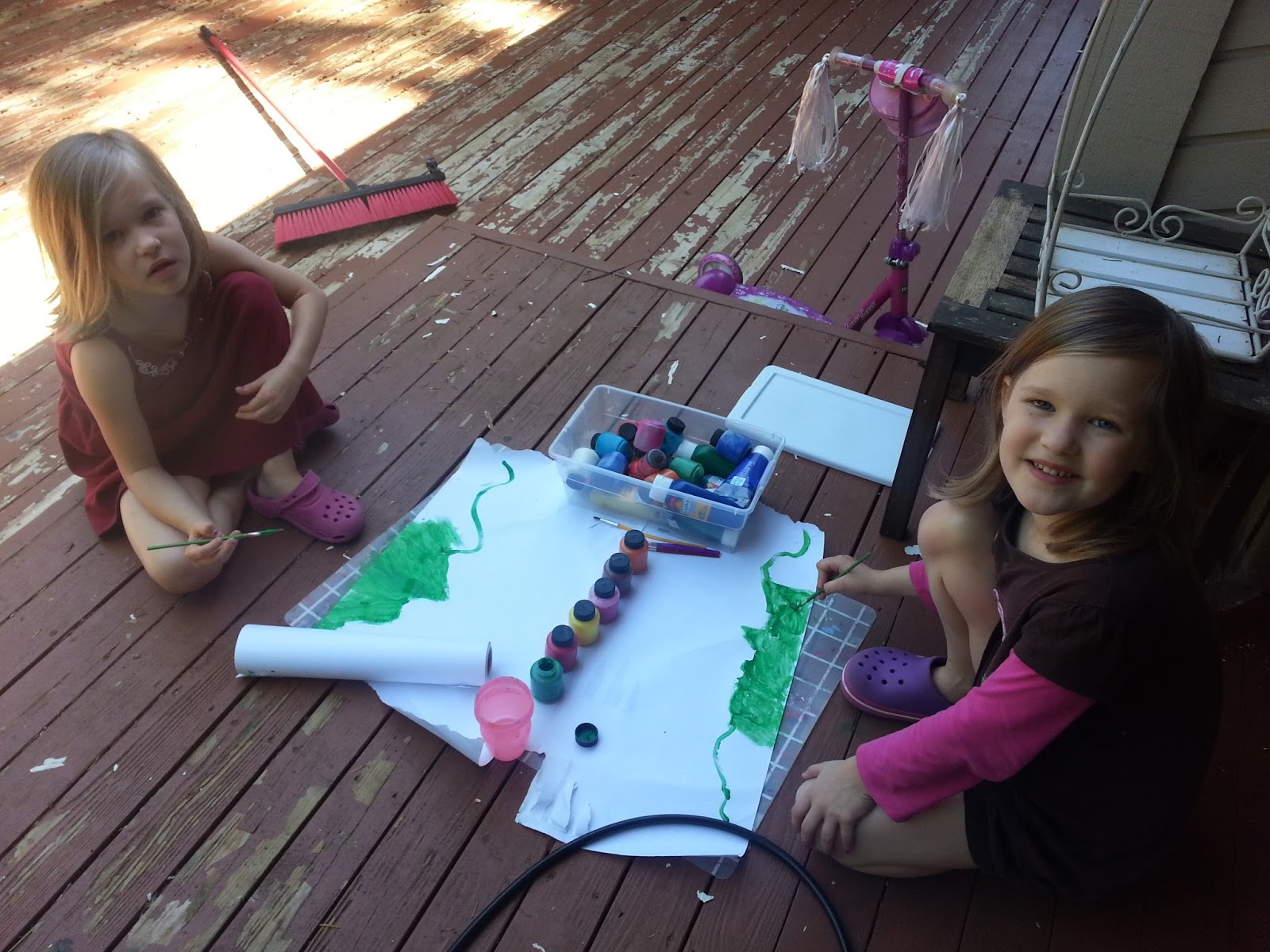 Izzie and Maddie wanted to play outside but they also wanted to paint. So they decided to paint outside. Good solution girls! 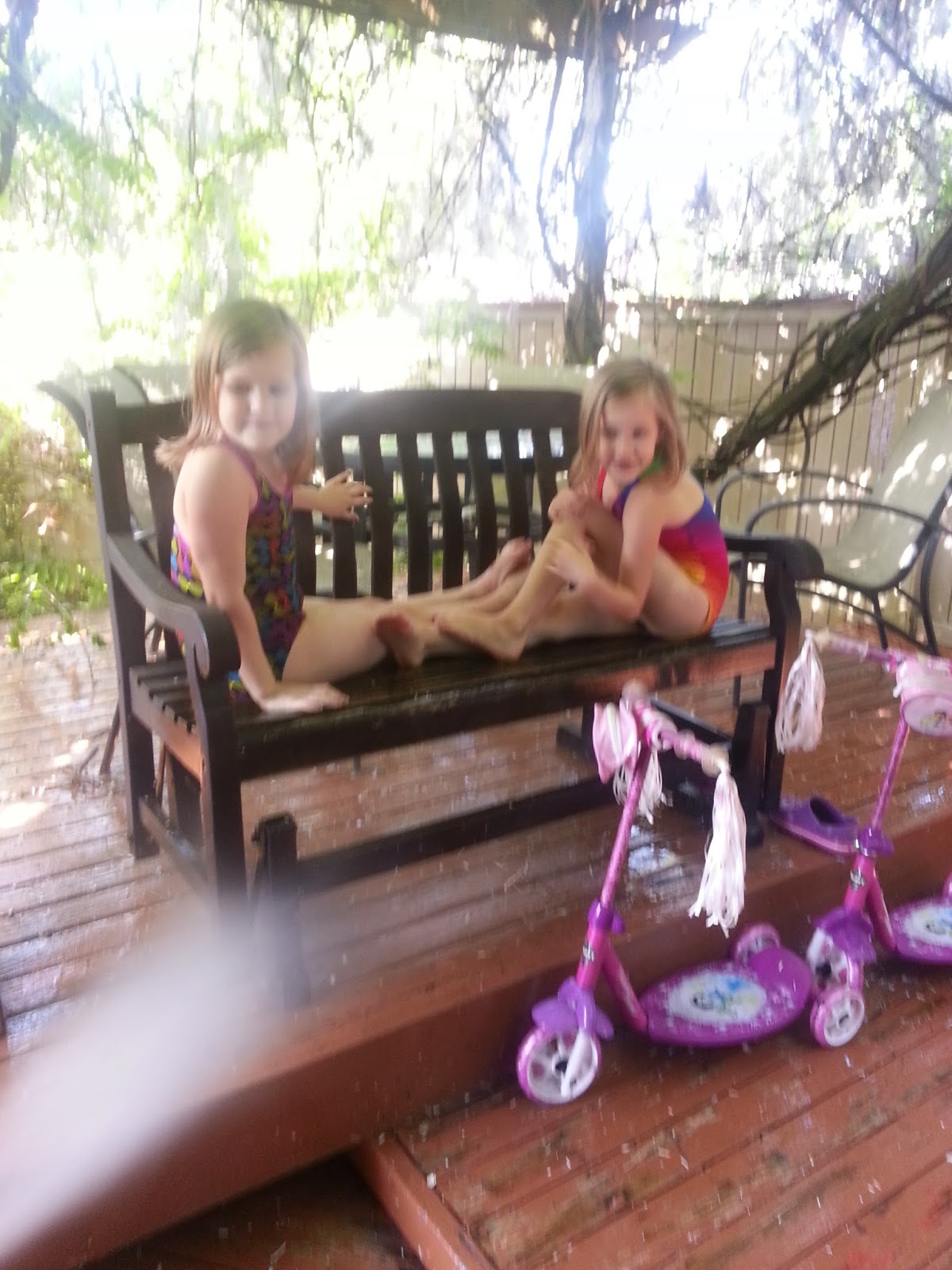 I was power washing the deck and the girls got in their bathing suits to enjoy the overspray. 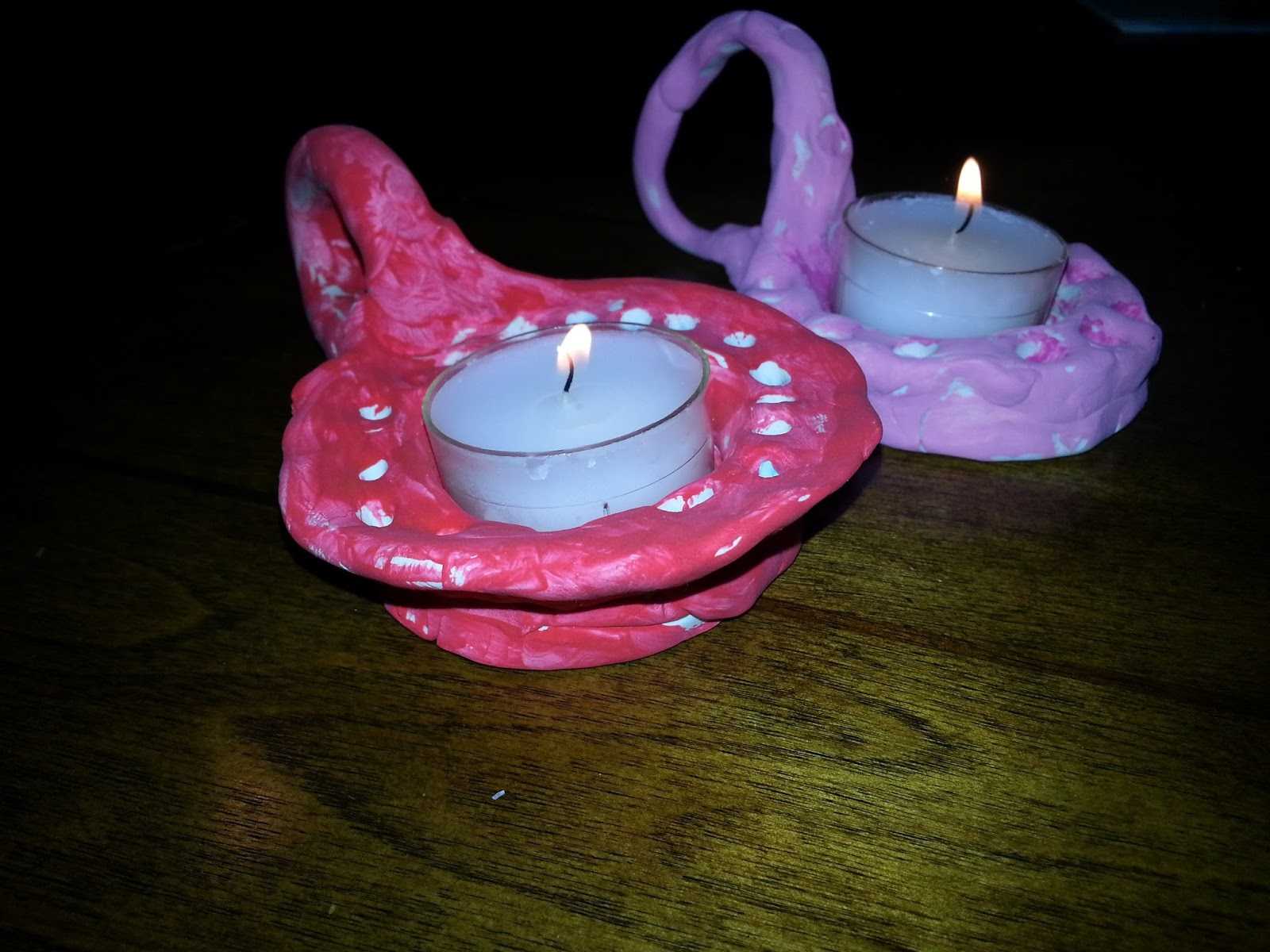 Their oil lamps all finished. 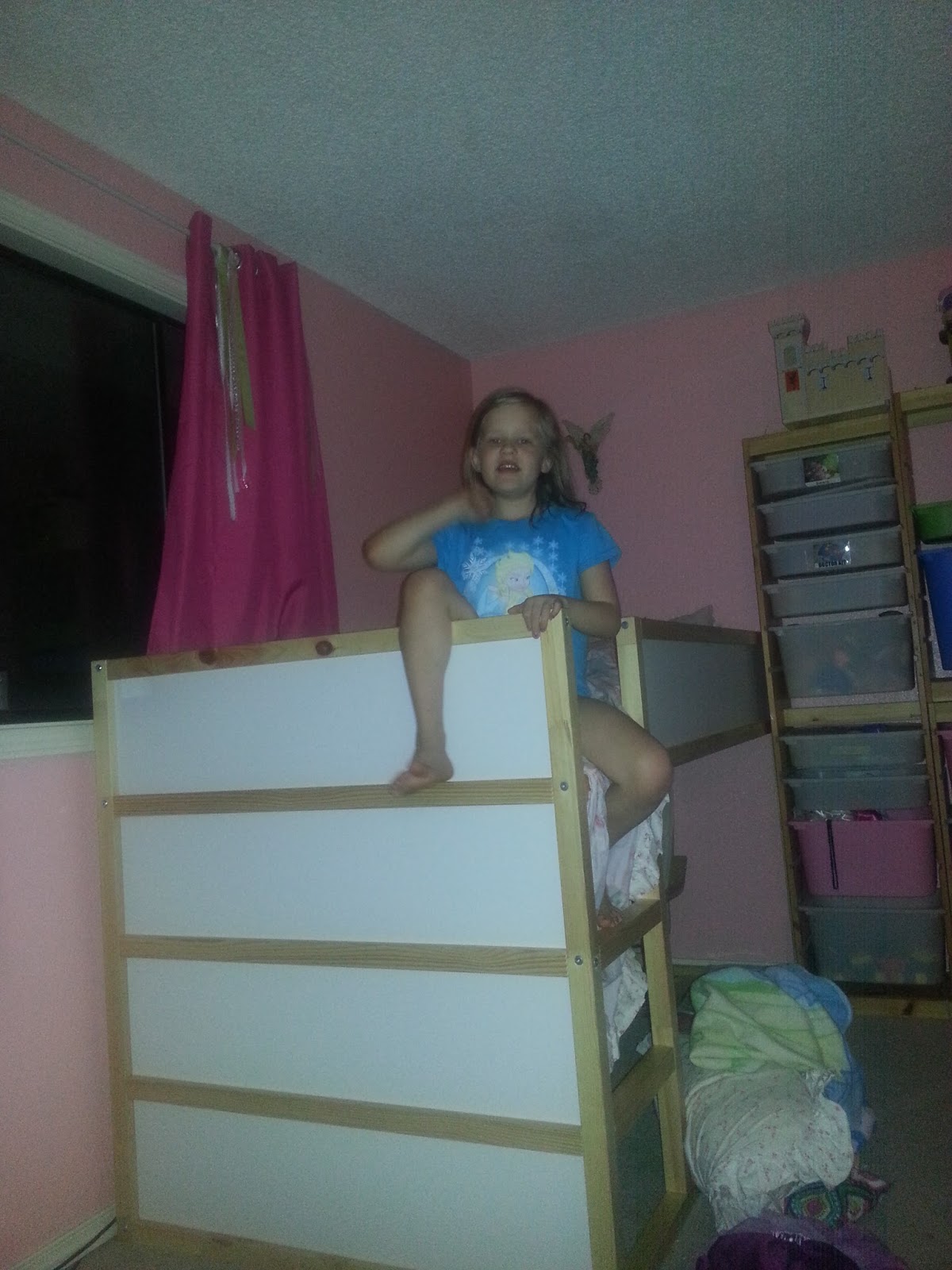 Maddie hanging out in bed. 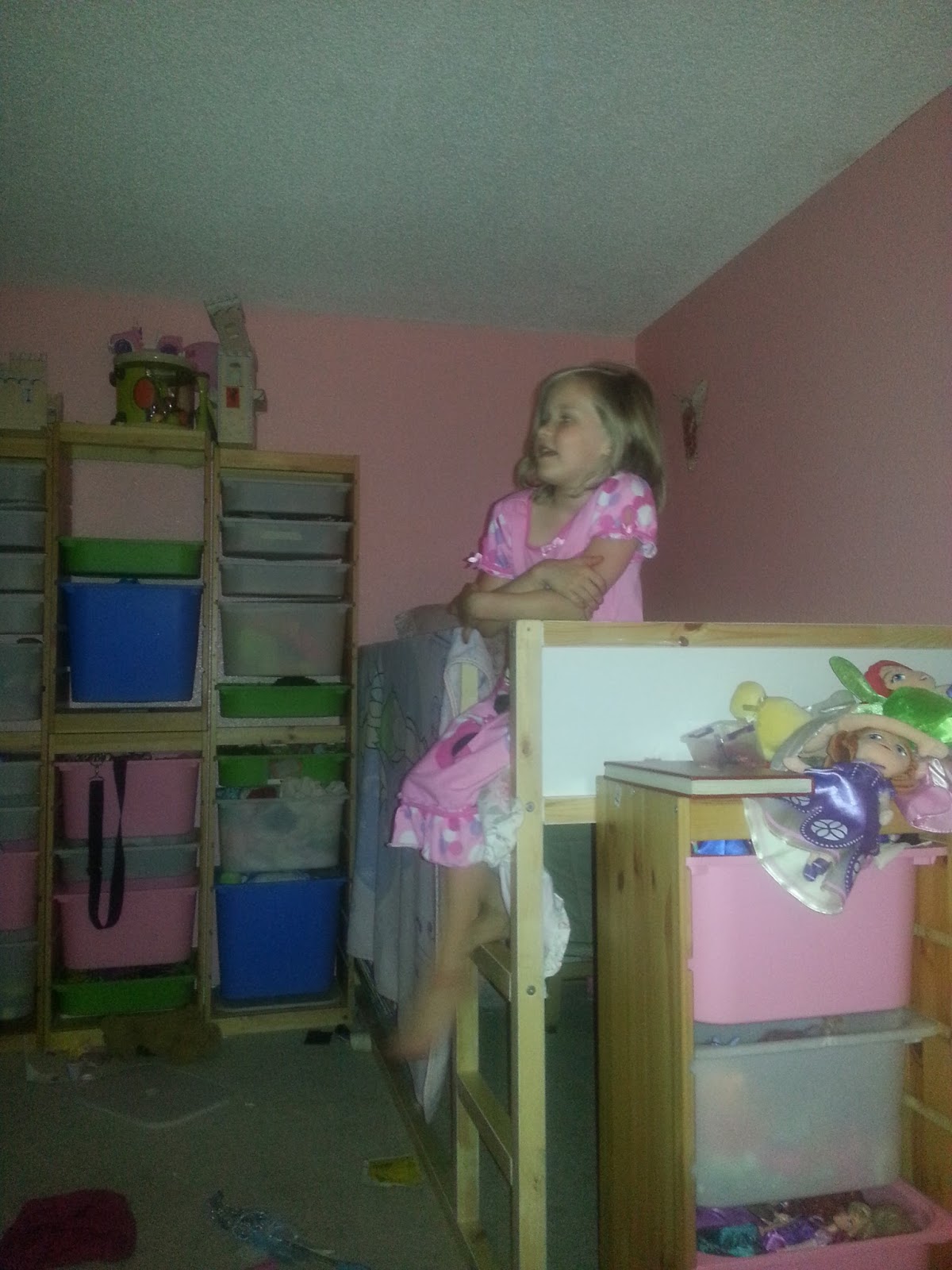 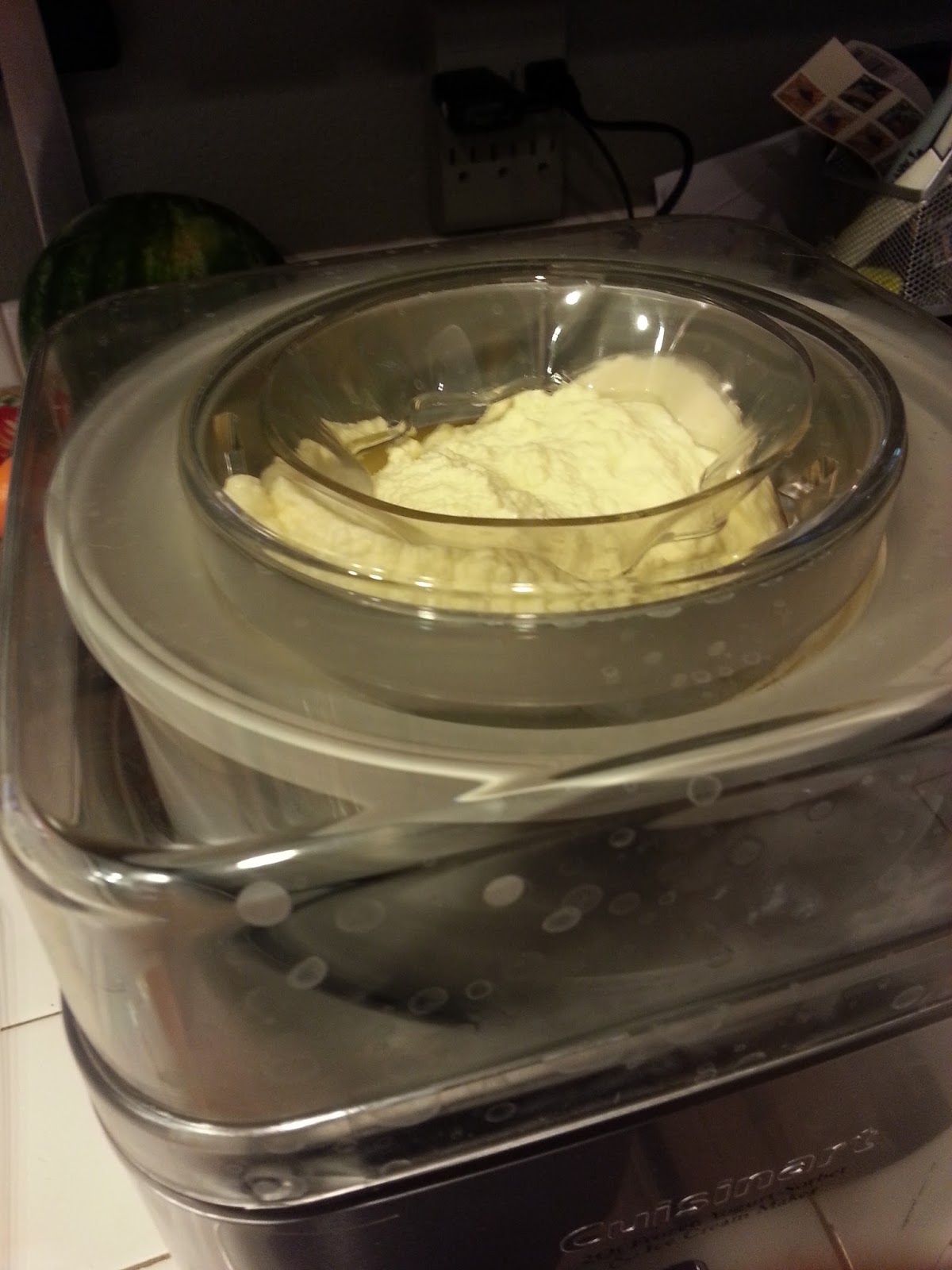 The ice cream machine I bought John for his birthday has gotten a lot of use! This is a batch of Mango ice cream. 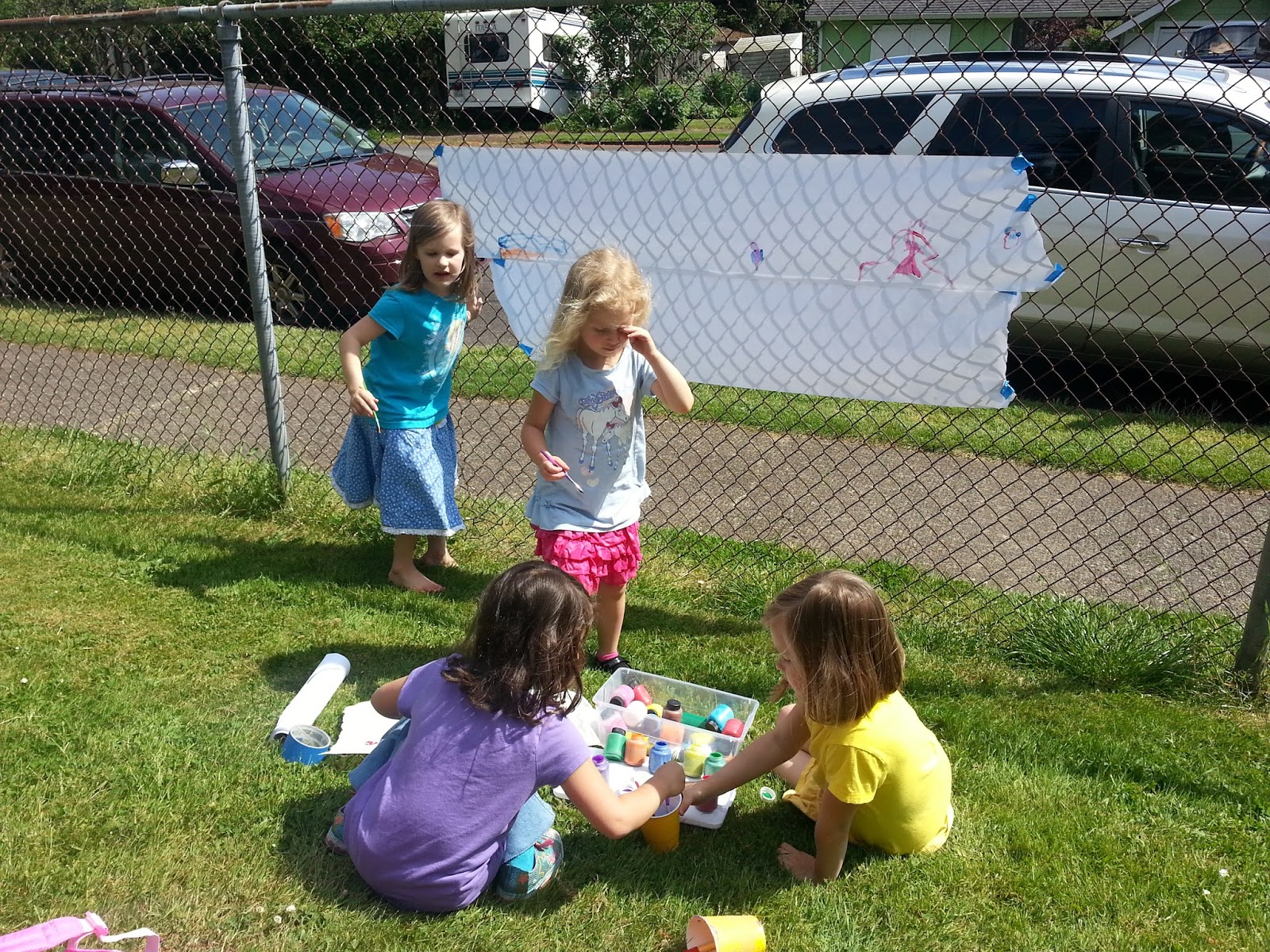 So inspired by our outdoor painting, we decided to take our paint supplies to our Homeschool group to share. Maddie's in the blue outfit and Opal, Ana and Treya are painting too. 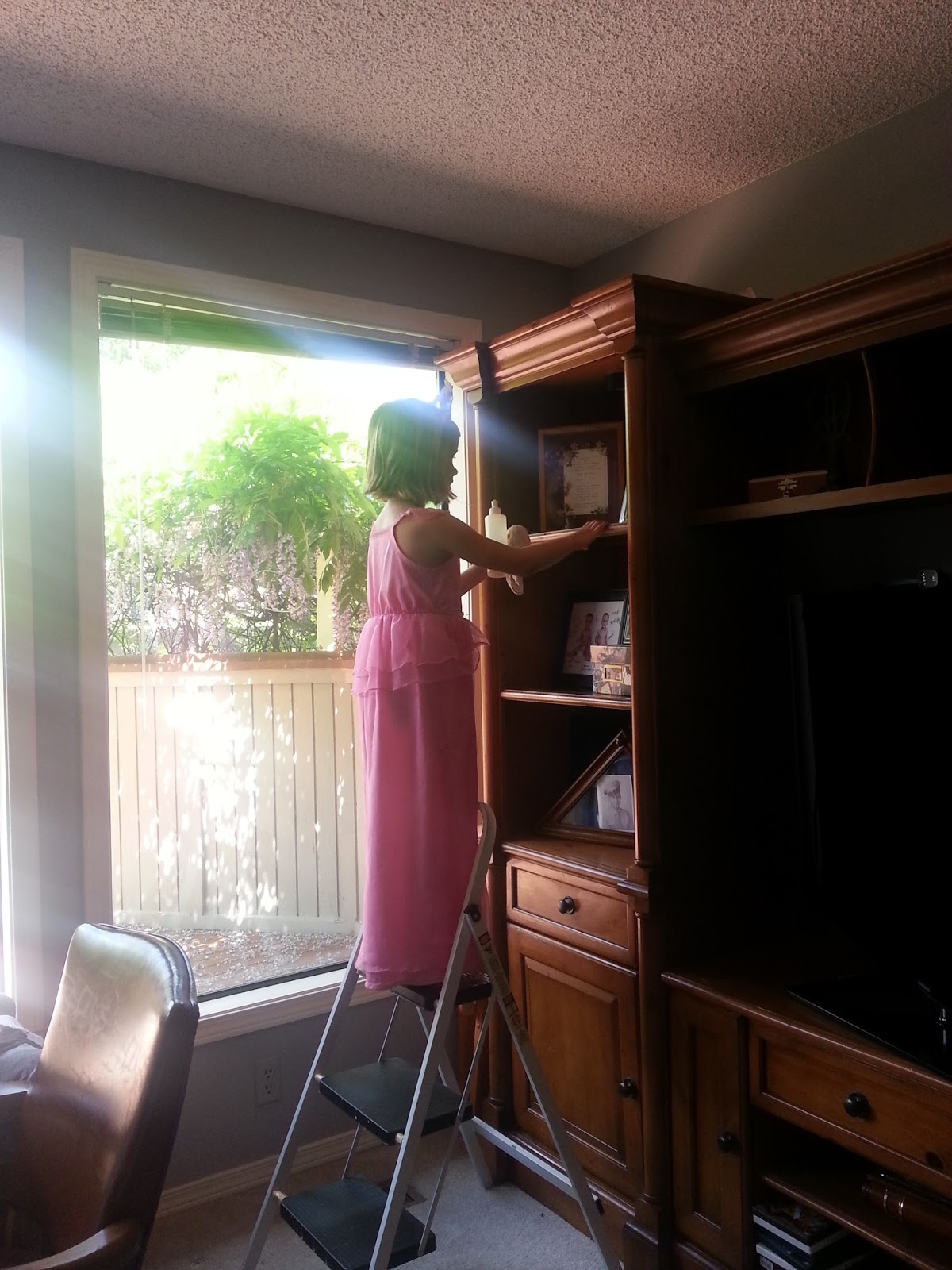 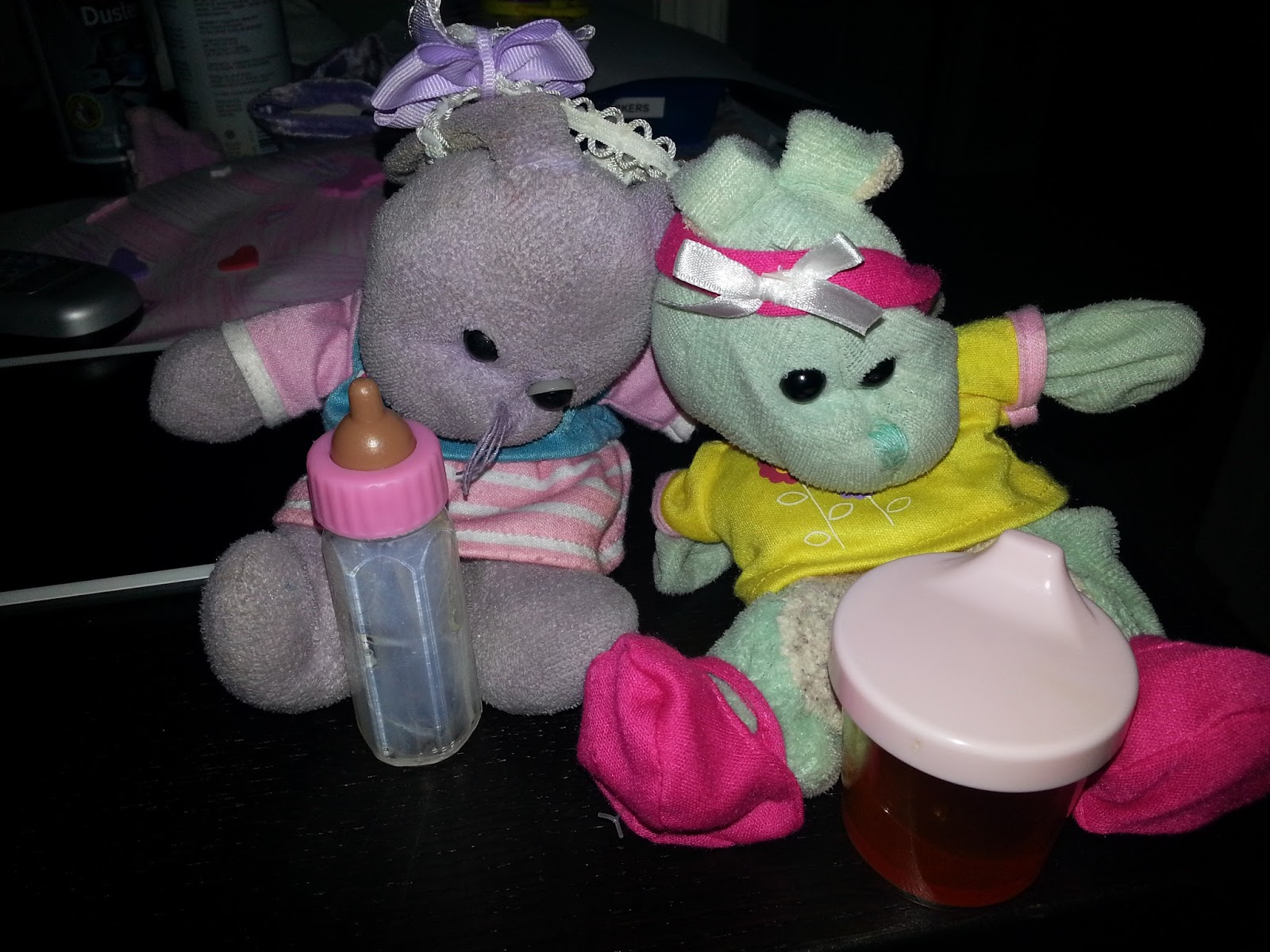 Maddie and Izzie were dressing up their stuffies and wanted me to take photos... 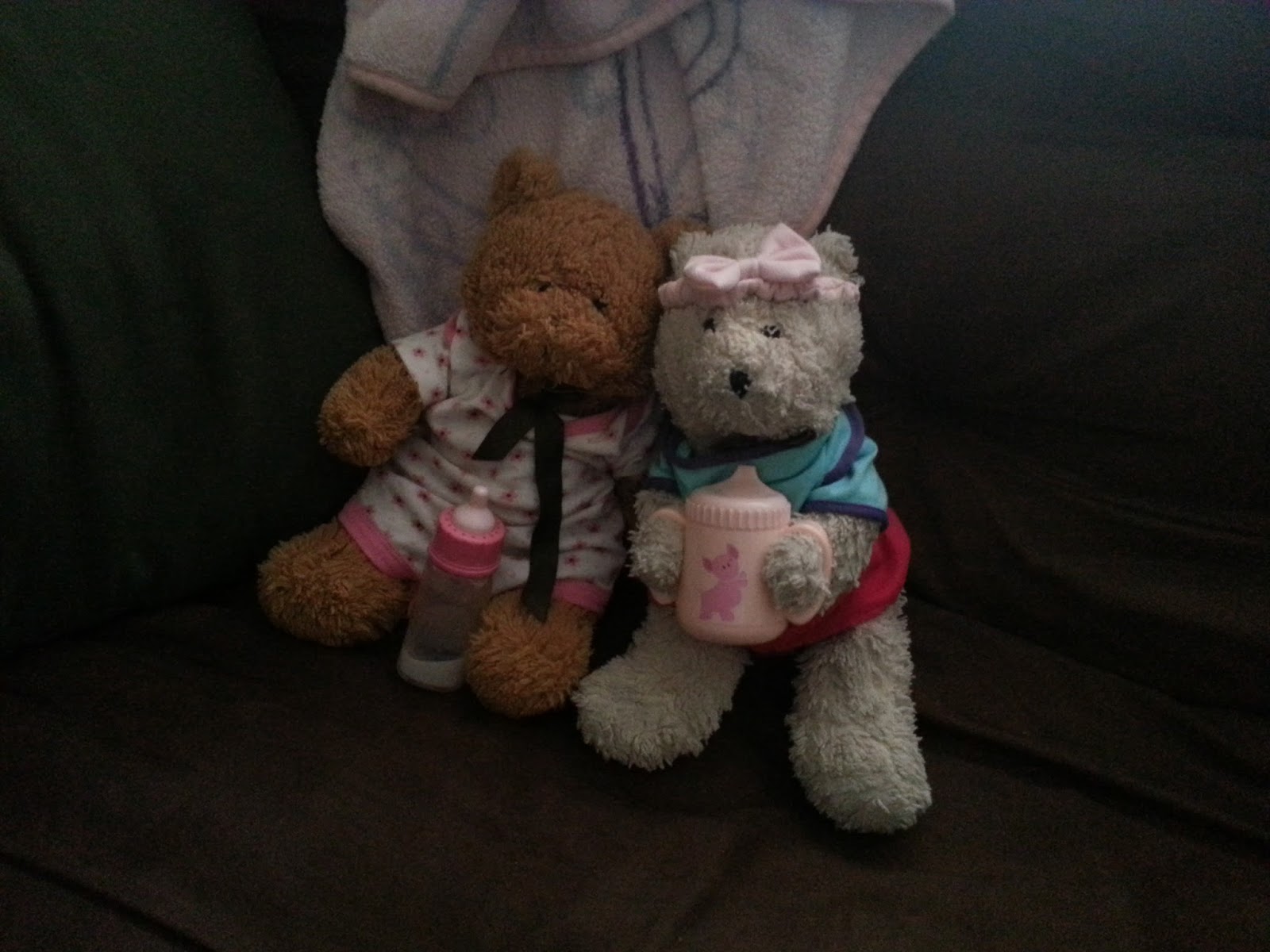 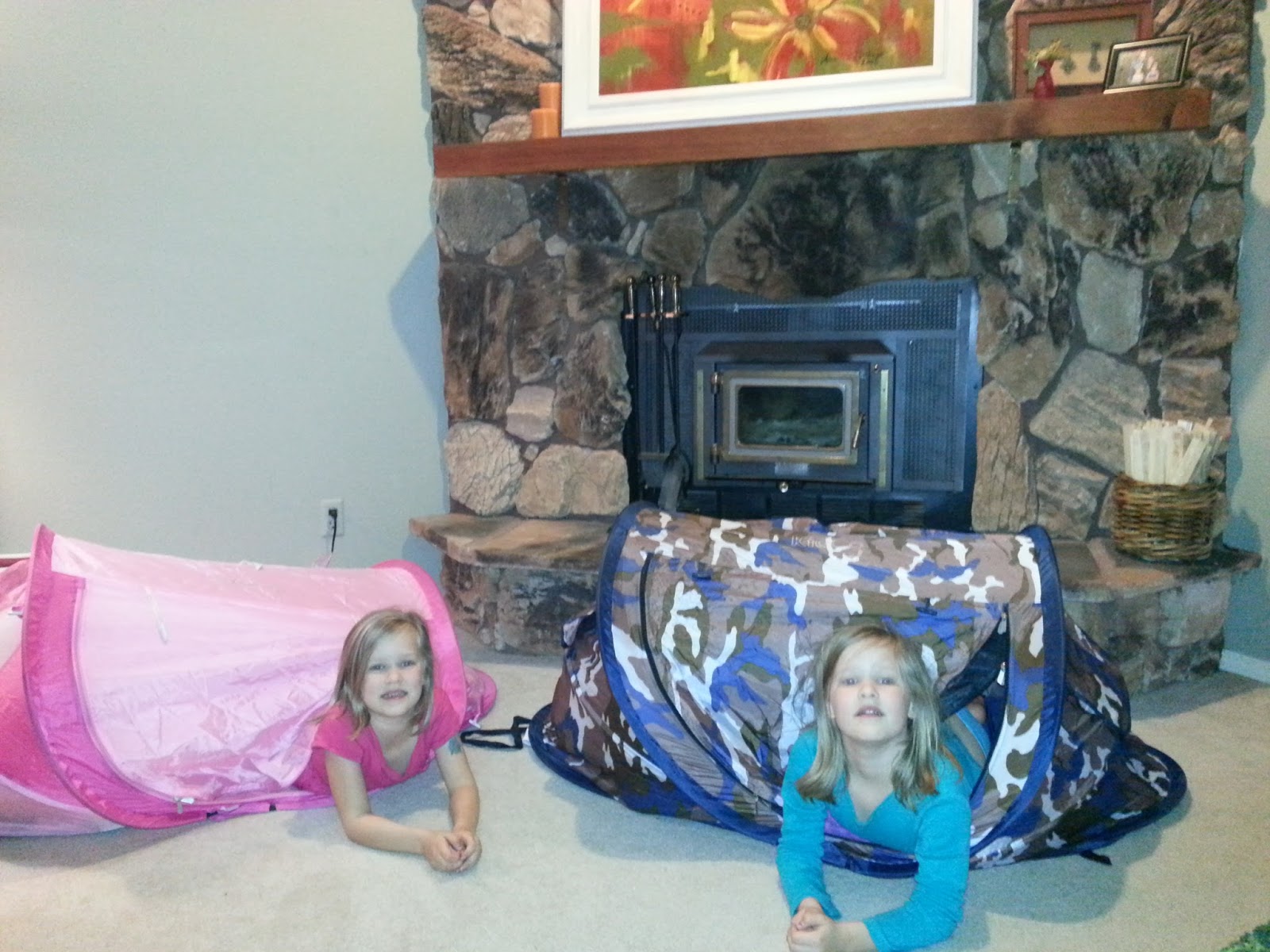 Izzie and Maddie wanted to have a sleepover in the den. 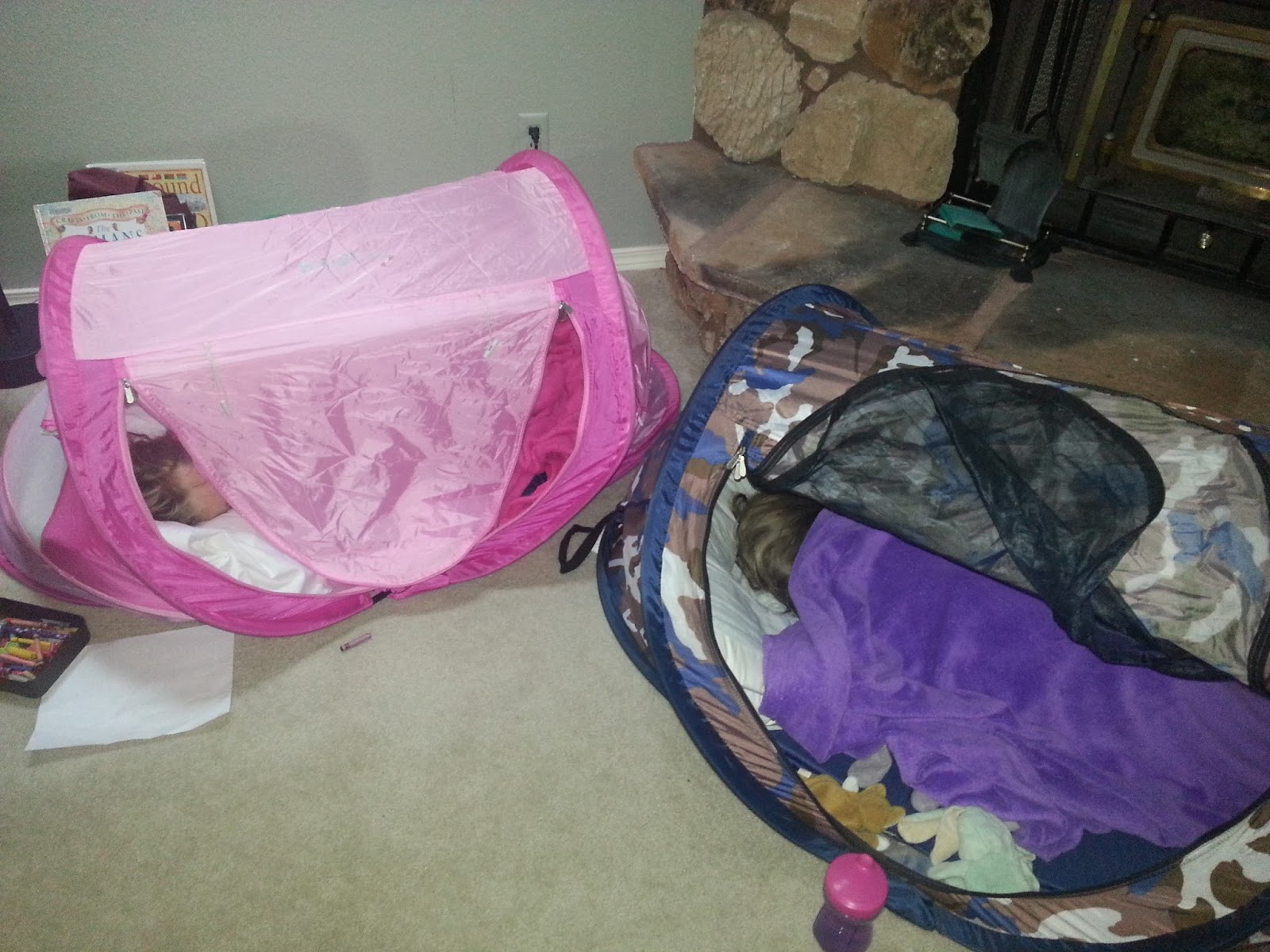