Well I am finally feeling human again. Maddie and I got hit by a pretty nasty tummy bug that lasted four days.  We both woke up on the 21st and felt bad. Things only got worse. We ended up canceling the girls family birthday party and my side of the family's Christmas party. That was pretty sad, but we felt so bad we hardly noticed. Luckily for me, John came home the night of the 21st so he was able to take care of us. Not so lucky for him though. I do not know what I would have done with out him either! At one point I was so weak, I thought I might have to head into the ER. That was actually on Christmas Eve and I really did not want to do that! But I turned around fairly quickly after that low point and by Christmas morning I was actually feeling better. Then as I was finally feeling better after four days in bed, I bent funny and hurt my back. I spent Christmas at my mother-in-laws house either with a heating pad on my back.

But even with all those set backs, we had a great Christmas. The girls were a joy to watch. Izzie and John went to Nanny's house for a gift exchange while Maddie and I stayed home to watch Polar Express. The next morning we all tip toed down the stairs and saw that Santa had visited out house! The girls were so excited! They got a small indoor trampoline, two plasma cars, new blocks, a cash register, play money, jump ropes, playdoh, the movie Brave among a few other small things. After playing with toys for awhile, we headed over to Grandma and Grandpas house to exchange gifts with the cousins and  Grandma and Grandpa. Boy did they make out there! It looked like Grandma and Grandpa did a one-stop shop at Disney Store. They got so many princess dolls, I think they are in bliss with it all. They also got a cool music set, a globe, night gowns and more.

My side of the family Christmas is rescheduled for this upcoming weekend. I just hope we are all feeling 100% at that time! Tomorrow is the rescheduled Pirate Birthday party with the girls playgroup. I've got a scavenger/treasure hunt planed and I can't want to see the kids do it! 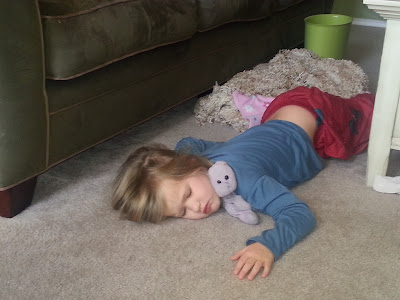 This photo sums up how Maddie and I both felt for four days. 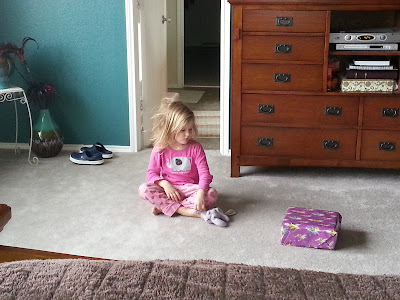 At one point, I was feeling bad that they had to reschedule both their Pirate Party and their family party so I asked Mema if they could open her birthday gifts. I thought it might help Maddie feel a bit better to get her mind off her tummy too. But not too much. Maddie didn't really even want to open it. 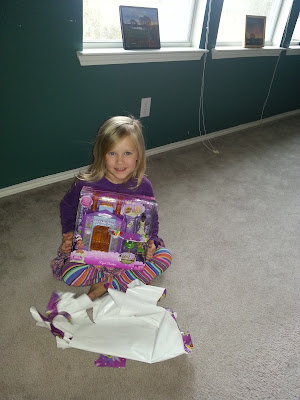 But Izzie, who was a SUPER helper over the duration of our sickness, was super excited and even more so when she opened it to find a Princess Castle. 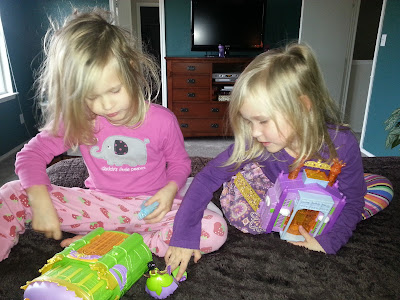 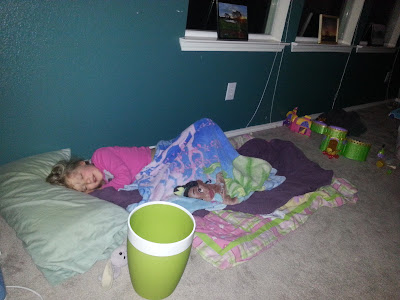 She slept on a pallet in our room. 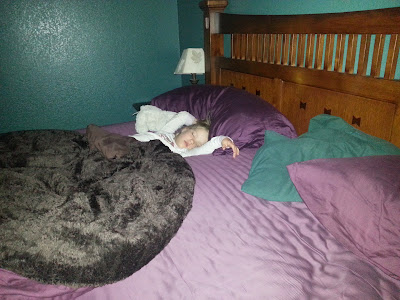 Izzie slept in bed with me. John was too worried about getting sick so he slept on the couch. I don't blame him, really. But it was only the second time ever I've had the kids in my room. I wouldn't have let it happen, but I was too sick to go to their room when Maddie needed help in the middle of the night. John got up to help ALOT, but she was calling out almost constantly, just needing someone to talk to her. 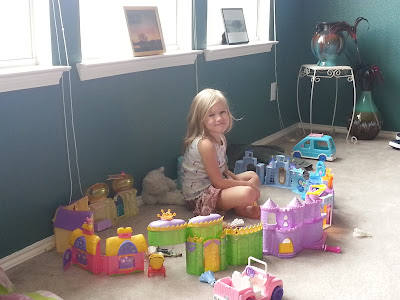 Some how the two gift castles multiplied and all their castles ended up in my room. Another no-no. Rules were just bending left and right when Mom was too sick to care! But Izzie does look cute and she wanted to be able to be near me. 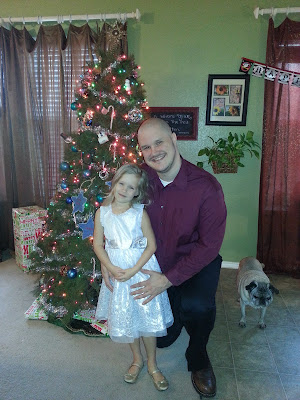 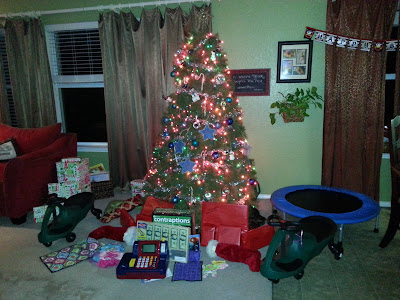 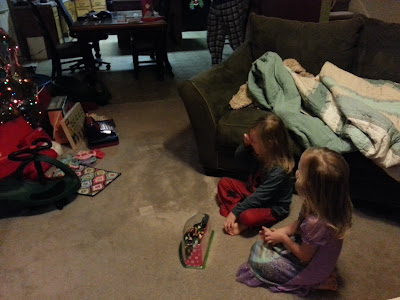 At first the girls just stared at the tree and wouldn't touch anything. (Maddie, Izzie) 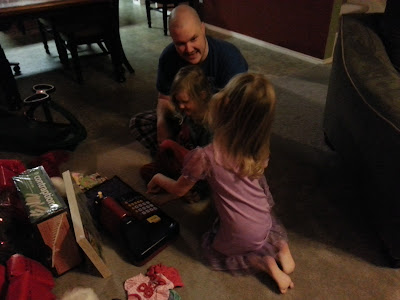 But then Daddy got them interested in checking everything out. 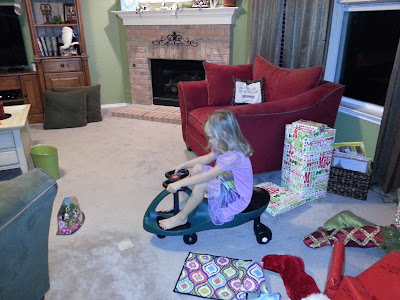 These cars were a hit. You turn the handle and they propel themselves forward. Since it was too cold to play outside, they used my kitchen as a test track. 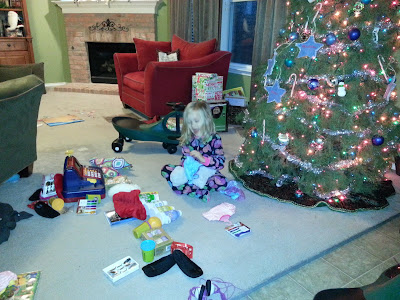 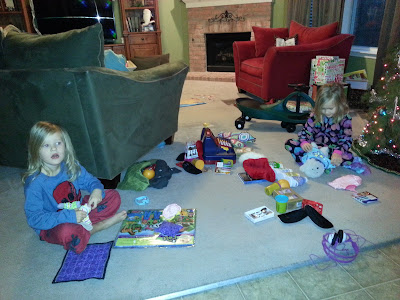 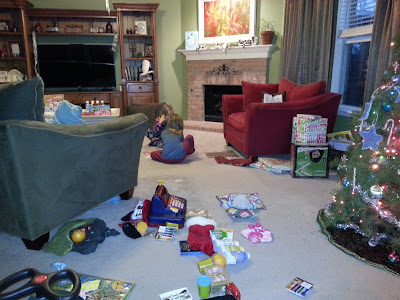 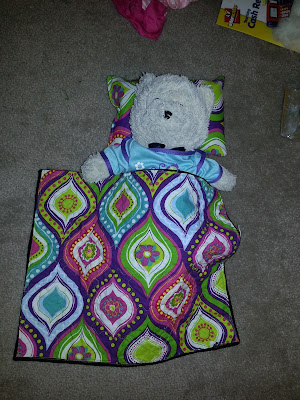 They wanted a blanket and pillow for Teddy and Bunny, so I made these up for them as Christmas presents. 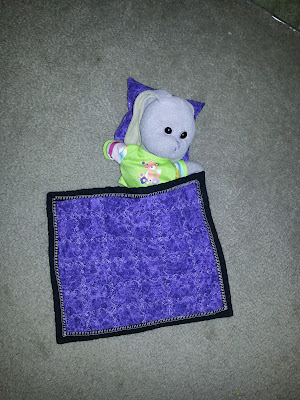