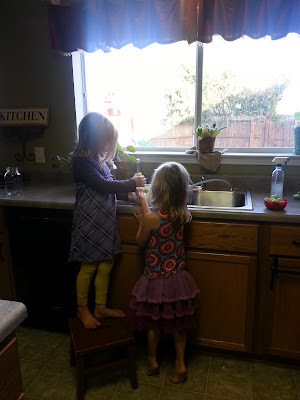 Teamwork. Maddie and Izzie working together to make a snack of green grapes. 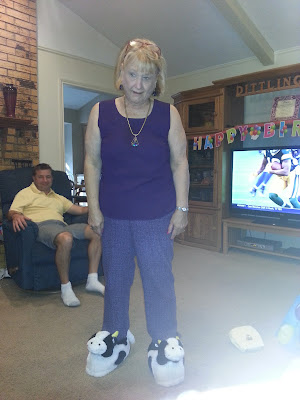 December 2nd was my mother-in-law's birthday. We went over there for a dual b-day celebration. Dad got her cow slippers. The look on her face was like, "What?" It was hilarious. Julie turned to Chris and said, "For the record I NEVER want cow slippers." They do look warm though. (John, I don't think I'll ever want cow slippers either, just for the official record.) 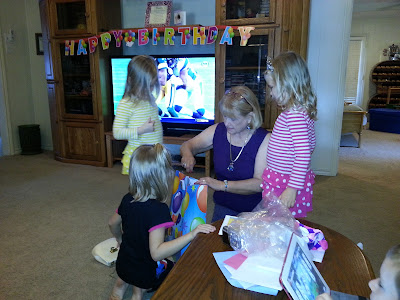 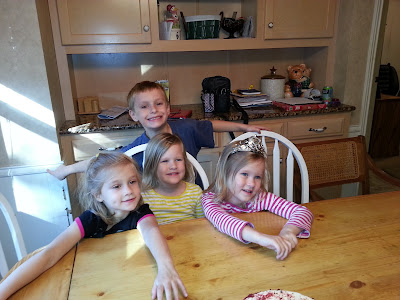 Did someone say cake? Kids come a runnin'! Sammy, Sabrina, Maddie and Izzie. 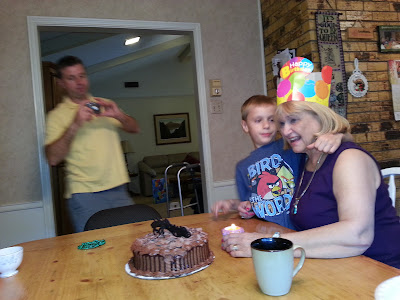 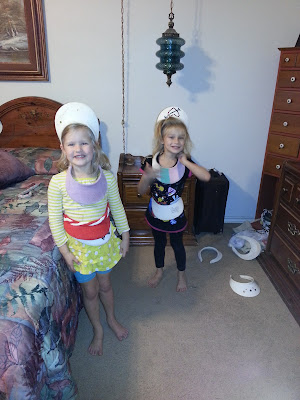 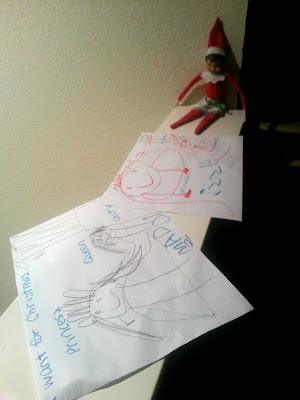 The girls wrote Santa letter about what they want for Christmas and sent it to the north pole via Rainbow the  Scout Elf. Their list is Princess, Queen, Castle from Maddie and Princees, Queen and Fairy from Izzie. 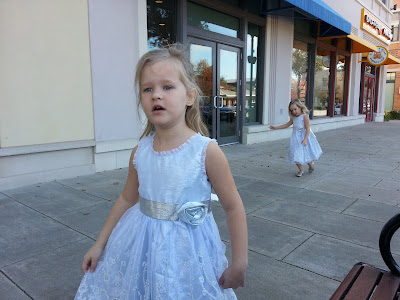 Waiting for Santa Claus to open. 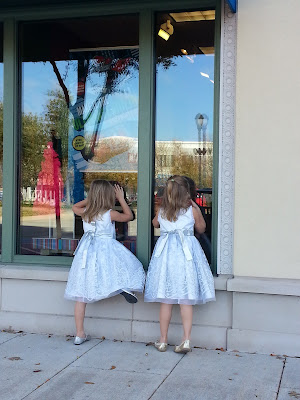 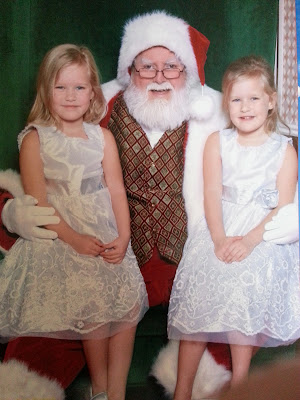 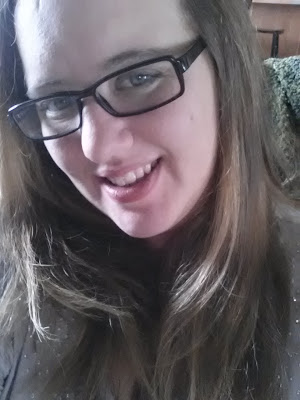 On my birthday, I got my hair cut and blown out straight. 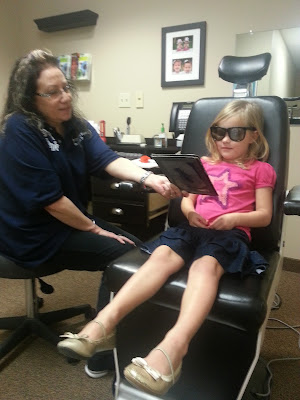 Izzie at her first eye doc appointment. I was worried about her vision but everything came out a-okay! 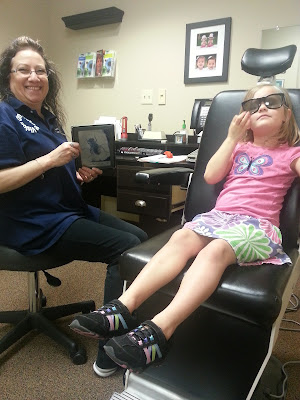 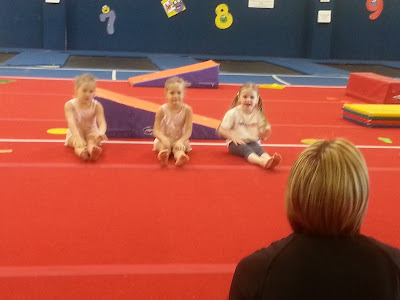 Maddie, Izzie and Riley at gymnastics.