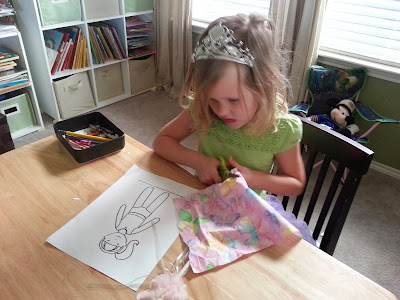 The girls asked to do their fabric dolls again. Here is Maddie cutting out a butterfly dress. 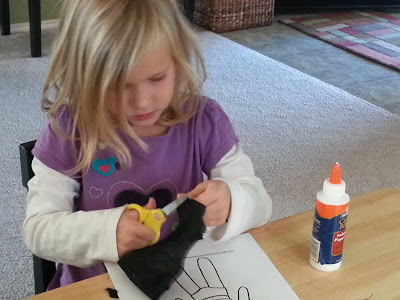 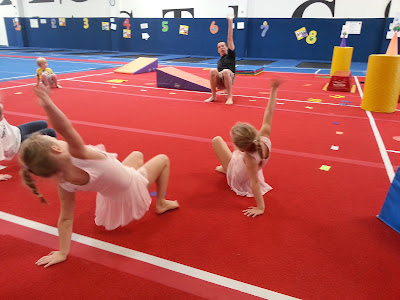 Maddie and Izzie at gymnastics this morning. Coach Michael was subbing in for our new coach, Coach Megan. They were excited to see him again. 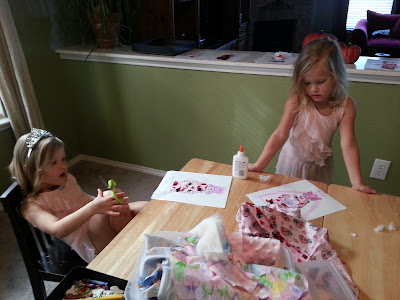 After gymnastics they went right back to cutting out outfits for their paper dolls. Izzie is studying Maddie's work. 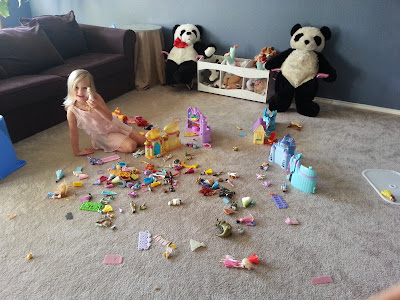 Izzie playing with her Disney Princess figurines. These have been in time out for oh... probably 4 or more months because of the temper tantrums they caused for clean up. Today they cleaned up without even a word from me. 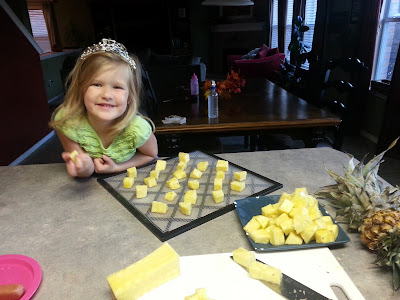 Maddie helping to lay out some pineapples to go in the dehydrator. She carefully put one pineapple in each square, even though I didn't tell her to do that. I just told her they couldn't touch each other. They specifically requested that I buy some pineapple to make pineapple raisins so that they could have them for snack. 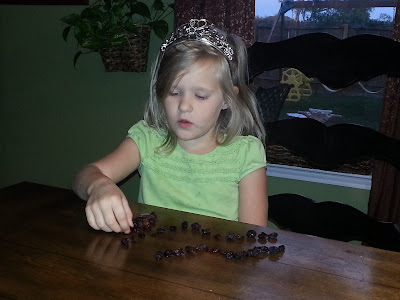 Now she's making a maze out of her raisins. Izzie did one too, but she chose to spend the afternoon in just her panties so there are no afternoon photos of her!
Posted by Amanda at 10:04 PM