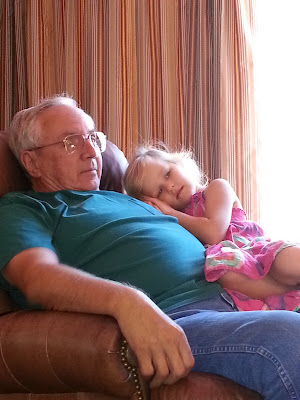 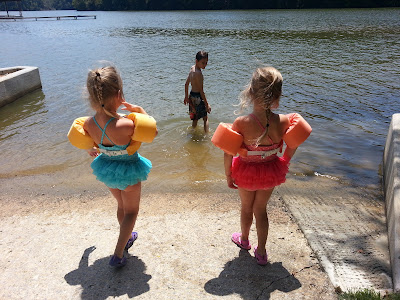 Maddie and Izzie checking out the river, just before they went in. Izzie, Ryan and Maddie on the boat. They cried and cried not wanting to get on it, but I made them do it and they loved it! 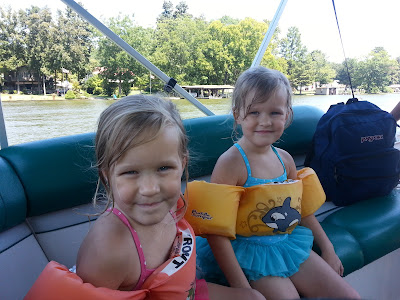 Uncle Roy stopped the boat in the middle of the river so the kids could swim around or swim back to shore if they wanted to. I did not think the girls were going to do it, but sure enough they jumped in almost before I could grab my camera. Then a few seconds later, Izzie realized that the (very slow moving) current was pulling her from the boat and she flipped out. I had to jump in the river and bring them back to the boat. 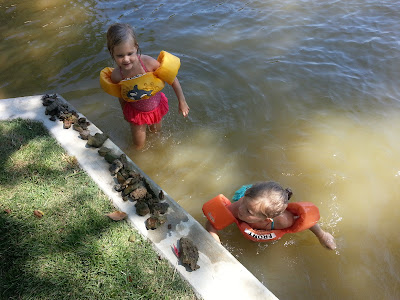 They loved reaching to the bottom and pulling up rocks. 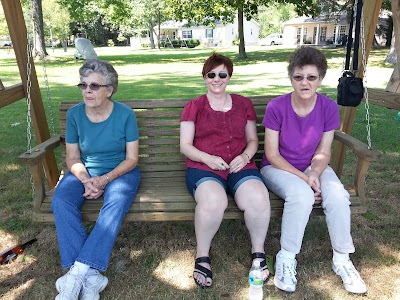 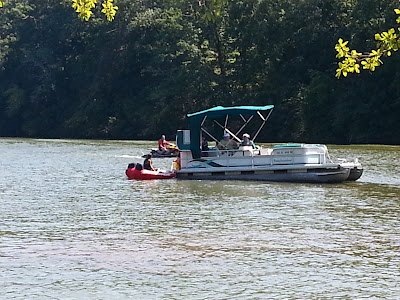 The boat with the bigger cousins on it. 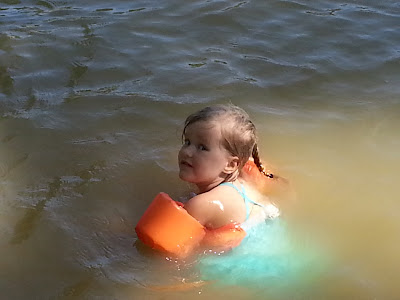 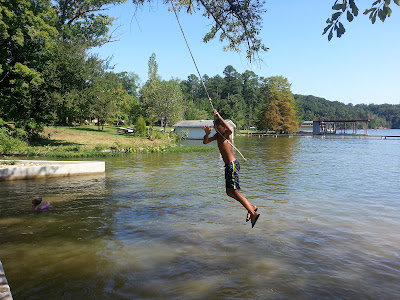 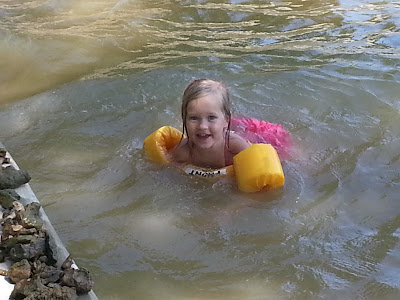 Panorama of some of the family. 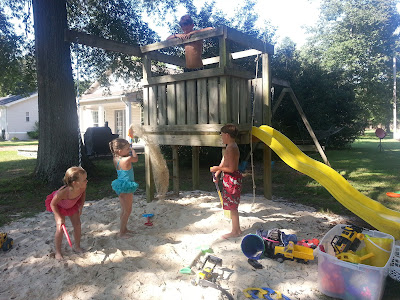 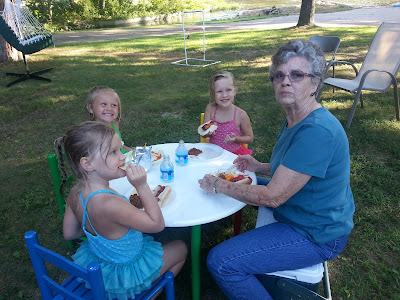 Maddie, Laney, Izzie and Mema... sitting at the kiddie table. 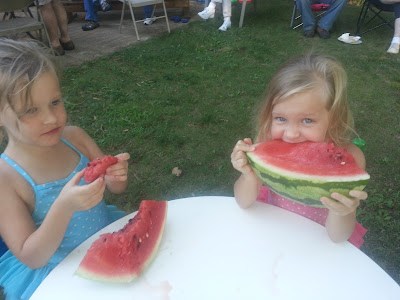 The look on the girls faces when Uncle Roy plopped this HUGE watermelon slice in front of them was incredulous. Then they dove in! 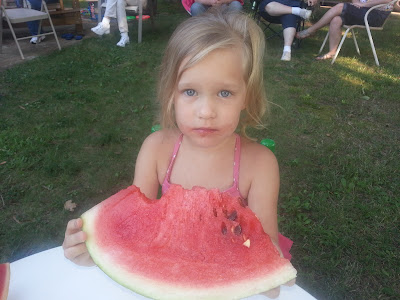 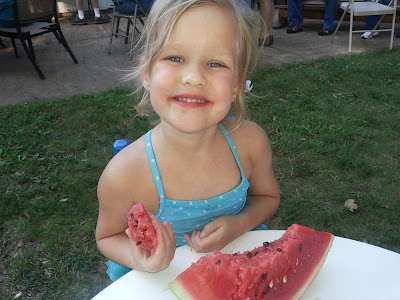 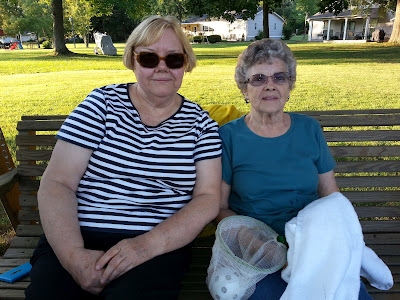 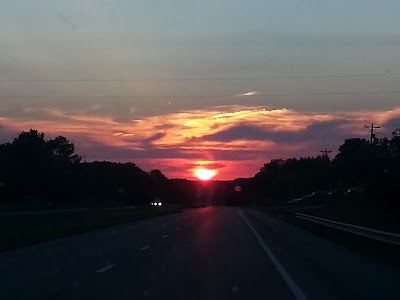 A pretty sunset to end an awesome day!
Posted by Amanda at 7:36 PM