Yesterday the girls went to go see The Gingerbread Man puppet show at Plano's Parr Library with Alison, Melanie and their kids. It was a big storytime with a puppet show at the end. When I told the girls they were going to a puppet show when they first woke up they were very excited. They wanted to get dressed and leave right away. I told them I had to make lunch since we were going to have a picnic and we had to eat breakfast and then we could go. As we were leaving I accidentally said, "Let's get our jackets on for storytime!" Oh boy.... wrong thing to say. They said, "NO! Puppet show!!!" I explained that we were going to a special story time at a new library (for us) that had a puppet show with the story time. They finally decided that was okay and we got in the car.

The girls liked the story time and the puppet show, but they really weren't all that impressed with the puppet show as I thought they would be. The plan was to play at the park after the show and eat a picnic lunch since the weather was in the 70's yesterday. The temperature may have been great but the wind put a damper on our plans. It was extremely windy. We ended up re-routing to Alison's house. We had lunch in the living room and then we were able to play outside in her backyard since the fence and trees blocked the gusting winds. After leaving Alison's house, I spontaneously decided to stop at Lucky Layla Farms for more raw milk. Mom usually goes by on Thursday's to get some for us, but since I was near by I figured I'd make the run this time around. Luckily I had a bit of cash on me because they don't take credit! I was only able to buy one gallon of milk, so mom still has to go today. Sorry Mom, I tried!! The girls were excited to get the milk since we ran out Tuesday afternoon, but they didn't understand why I made them put their yogurt smoothies back on the shelf. At this point they were both very tired and very cranky. We made it home for a much needed nap!

This morning I decided was "stay home" and clean day. I decided to try to get the girls to help as much as possible so that they wouldn't be in the way. I had them scrubbing windows, "dusting" and they helped me load the washing machine and empty the dishwasher. Maddie is getting very good at sorting the silverware and Izzie loves putting up the "BIG-HEAVY" pots! I thought it was kind of cute that they just happened to put on their fairy wings before we started cleaning, so I had two little cleaning fairies helping out today. 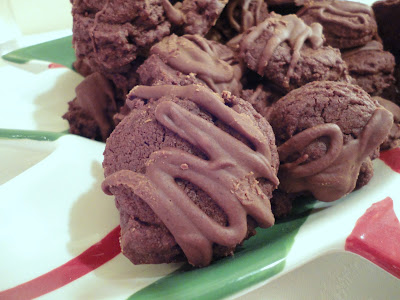 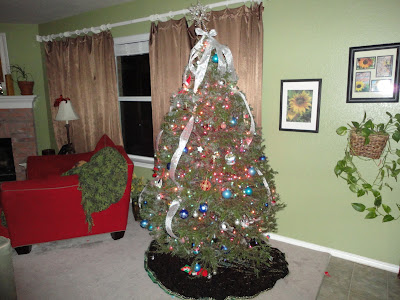 The best pic I can get of the tree. It keeps glowing pink in photos. 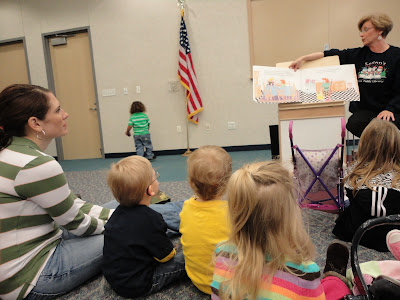 Alison, Jake, Ford and Izzie at the puppet show/storytime. 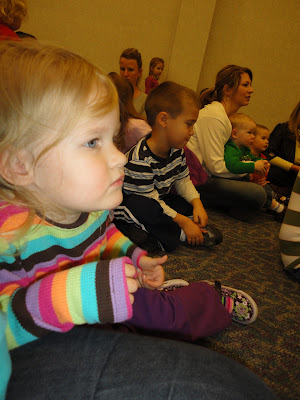 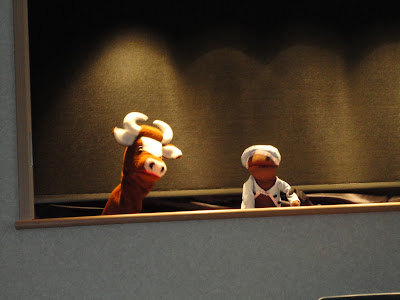 The cow that tried to get the gingerbread man. 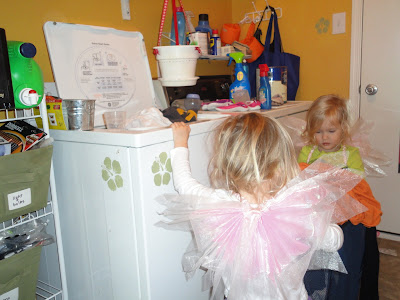 Izzie and Maddie helping me load the washing machine. 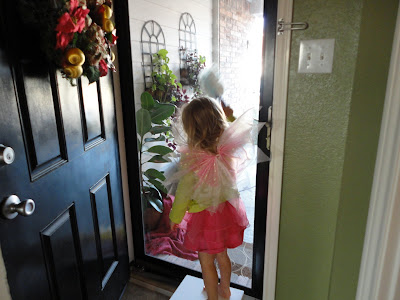 Izzie is dusting the window. 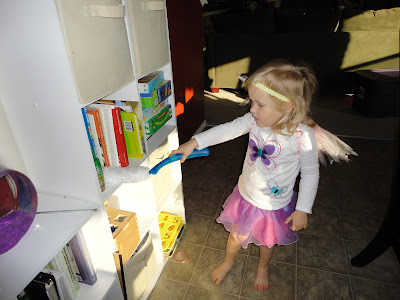 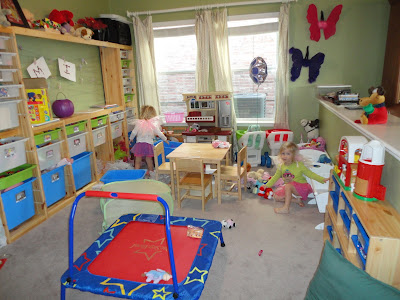 Maddie and Izzie cleaning up the toy room after I asked ONE time. I mean, these girls were hard workers this morning! WooHoo!
Posted by Amanda at 10:13 AM