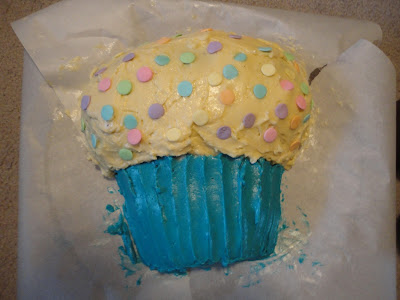 Here is the infamous cake. This was right after I iced it. I forgot to take a picture with the paper removed, which irritates me. Everyone said it tasted good, and I'm choosing to believe them! 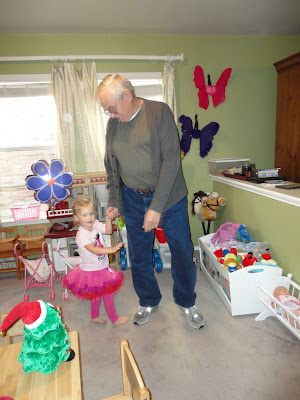 Yay! Mema and Pepaw arrived! Izzie is dancing with Pepaw from the music from that singing tree on the table. It sings, "Rock around the Chirstmas Tree" over and over and over. 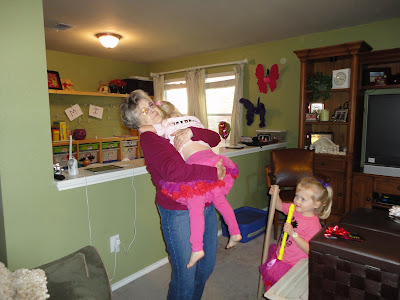 Izzie is getting a big hug from Mema and Maddie is showing off all her toys. 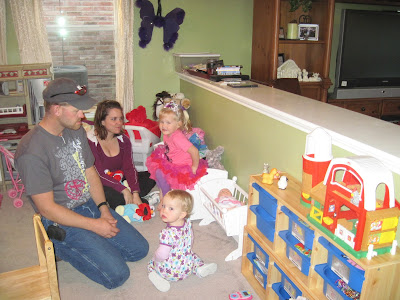 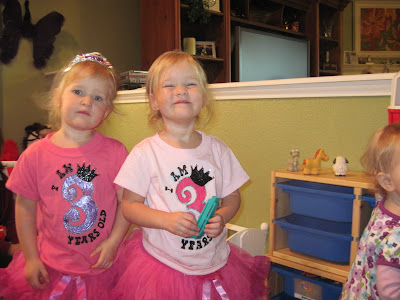 The Birthday Girls! Maddie and Izzie. I love how their shirts turned out!! 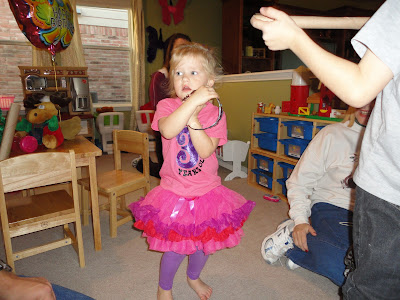 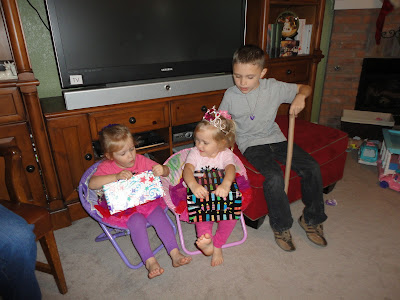 Opening presents! Maddie and Izzie both with for the presents that I wrapped up a few days ago, they were so curious to see what they were! I bought them a toy blender and a toy mixer to make pretend smoothies and bread. This morning Maddie made me some "Kombucha" which I thought was awesome! 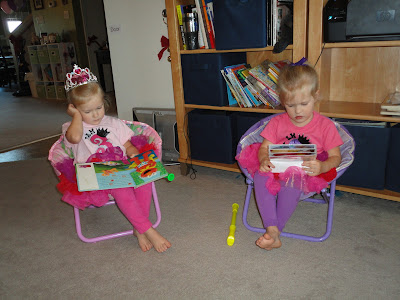 This was actually before anyone arrived. They were patiently waiting for people to get her for their party. 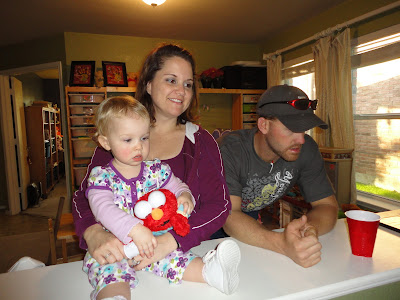 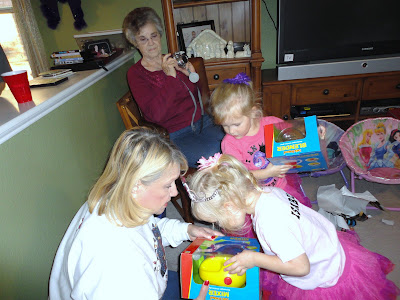 Grandma and Izzie checking out the mixer. Maddie and Mema are watching too. 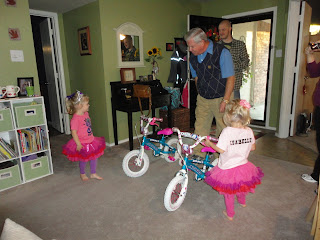 Grandpa and Daddy wheeled in their new bikes from Grandma and Grandpa. Maddie and Izzie were very excited about seeing those! 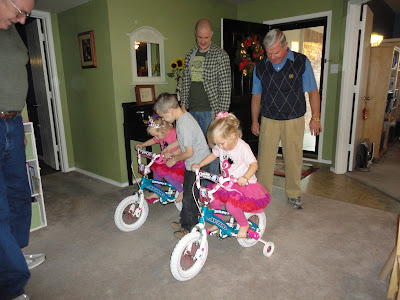 Trying them out, with Ryan showing them the brake. 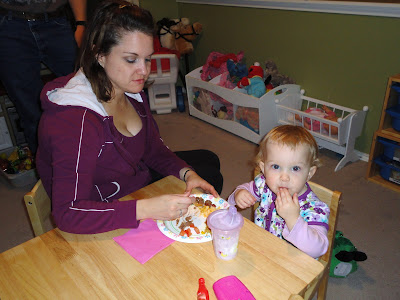 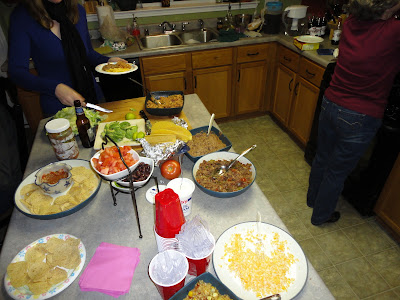 I quickly snapped a photo of the food, but this was after people had started eating. 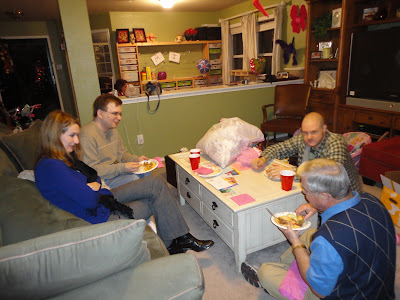 John, one of our oldest friends came with his finance Carolyn who was so much fun to visit with throughout the night. (Carolyn, John, John and Tom.) 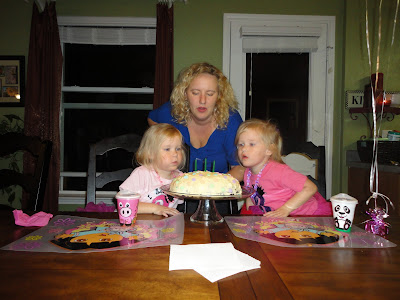 Izzie and Maddie blowing out the candles. They had a great party. Both girls were very talkative and excited about everyone being there. They showed off their new presents to everyone. It was a lot of work, but it was a lot of fun too. In attendance for their third birthday was: Nanna, Popo, Mema, Pepaw, Ryan, Grandma, Grandpa, Nanny, Dana, Cody, Lucy, John Chenault, his fiancee Carolyn and of course Momma and Daddy.
Posted by Amanda at 3:16 PM