I don't even really know where to begin. I had so much fun watching Maddie and Izzie at their second birthday party. I know that I invited family to come too, but my eyes were on my little two year olds all day. I am dealing with the fact that they are already two much better than I thought, but it is amazing the day came so quickly. It seems like the first three months of their lives was the longest amount of time in recorded history. After that everything has blurred by!

Maddie woke up from nap saying it was her "HappyDay!" Both girls would let you know they were "Two Ears" old if you asked them how old they were. On Saturday with the whole gift thing they had it down pat. On their birthday, not so much. I think it was much more chaotic at the party and their attention was too many places. Then once they opened the vtech Tote and Go Laptop, they wouldn't open any other presents. It was by far their favorite present of the bunch. And bunch there was! They got several baby dolls, an awesome Step 2 Art Easel from Grandma and Grandpa, cute mini books from Nanny, pots and pans, Little People and they've been playing with the Cozy Coupes that Mema and Pepaw gave them as an early birthday present for months now. I'm excited about the new influx of toys because some of their old ones were getting pretty darn boring.

Thank you to everyone for such wonderful gifts, and thank you to all that were able to come to Maddie and Izzie's second birthday, it means a ton to me that you took the time out of this super busy time of year to celebrate that they grew another year. For the family and friends that weren't with us yesterday, your well wishes meant a lot to me too, thanks for the calls and the cards! Now for some pictures (in no particular order)! 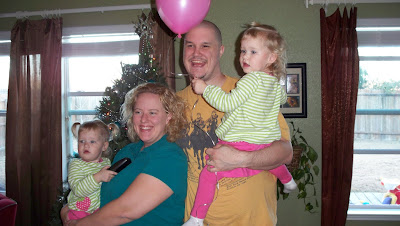 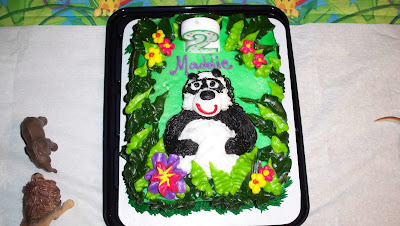 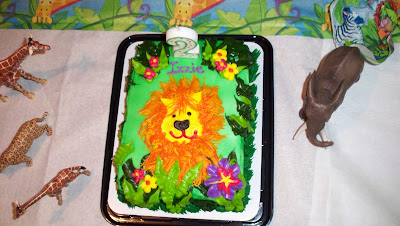 Izzie got the lion cake. 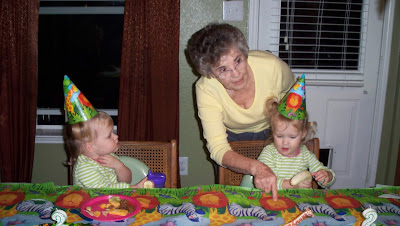 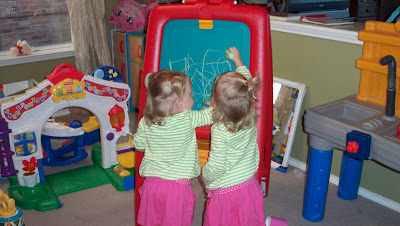 Maddie and Izzie playing with their chalkboard. 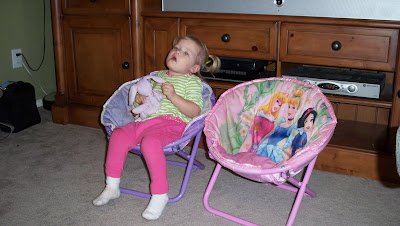 Maddie waiting for Izzie. We were just about to open presents when Izzie had to excuse herself for a diaper change! Maddie did pretty good considering she woke up with a cold, I know how bad it is to be sick on your birthday! 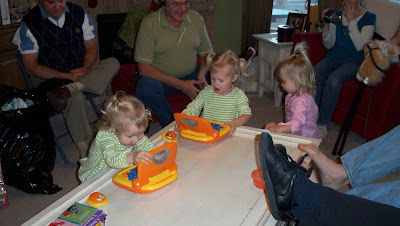 Izzie and Maddie were captivated by the laptop computers. 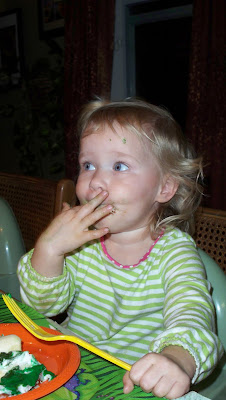 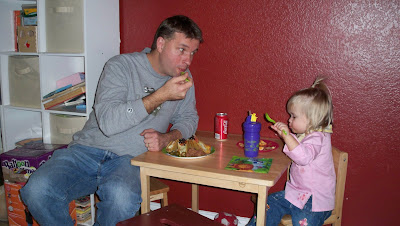 Chris and Sabrina at the Kiddie Table. 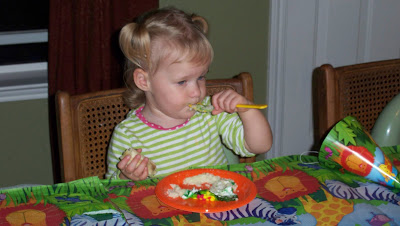 Maddie liked her cake too!
Posted by Amanda at 7:26 PM

Yay! Happy Birthday Izzie and Maddie! What a fun day!

Happy Birthday to Izzie and Maddie...so I am late! :)