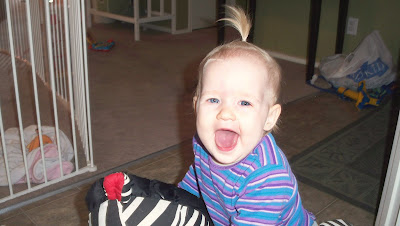 Maddie with her very first ponytail! 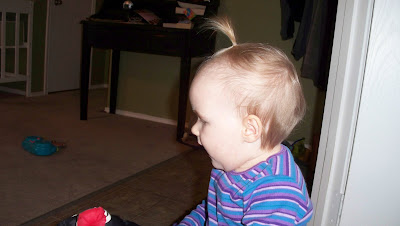 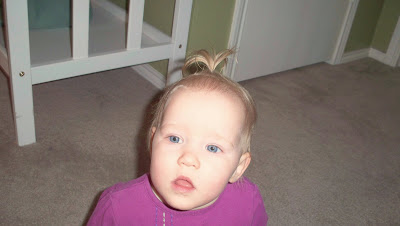 Izzie with her first ponytail. 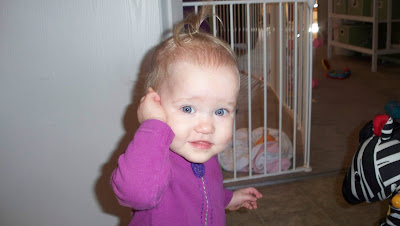 Last night I went out for an impromtu mothers-night-out. Ashley wanted me to join her for the PAMOM monthly MNO and so I agreed. I wasn't going to go at first, but I am so glad she talked me into it. I really ended up having a blast. We went to Chuy's Mexican restaurant. I was so excited I got to see Sarah my PAMOM buddy who is expecting B/B twins and got to talk with Jessica who is the mother of triplets. I also met Betsy who is a photographer that does a lot of photos for PAMOM who has twins herself. I met several other really nice ladies too.

This morning the girls are having a good time running around the house. Maddie's favorite thing right now is to walk around carrying her snack-trap full of ABC's and her water sippy cup. The ABC's are refrigerator magnets but they fit in her snack cup really well. She pulls one out, and I tell sing her it's "letter song" such as "'D' says da, 'D' says da, every letter makes a sound, 'D' says da!" and she puts it back in the cup. Izzie enjoys this game too, but only thinks of it when she sees Maddie playing. Izzie is into shape sorting this morning. We've been working really hard on getting the triangle in the triangle hole. Of course we get mad when it doesn't fit in the circle's hole...