Playday at the Mall

Yesterday, Nana, Popo, Maddie, Izzie and I all went to the Shops at Willow Bend Mall to their awesome toddler play area. The place looks like a giant "Honey I Shrunk the Kids" movie set. The floor is this bouncy soft material with a giant "napkin" pictured on it. There is a big plate of steak & eggs, a coffee cup, jam, a big spoon and fork... you get the idea. Anyway, the girls had an absolute blast! Izzie dove right in. She was so excited she didn't know what to do first. Maddie sat back and watched a bit, but she had just as much fun as Izzie. They weren't intimidated by all of the other kids or anything. (Some of the other kids were a bit too big for the play area in my opinion...) Here are some pictures from our outing. 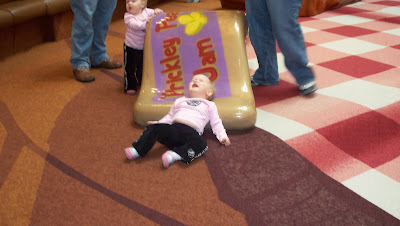 Izzie love sliding down the jam package. She'd hit the bottom, almost cry and then want to go again and again. This was about the time both of them started melting down. We'd been playing for 30 min and they were about to crash. I gave them a snack and they played for 30 more minutes. They just needed a recharge! It's worth noting that their snack was a tortilla with garlic flavored humus spread on it. I think it's awesome that my one year olds love garlic flavored humus! 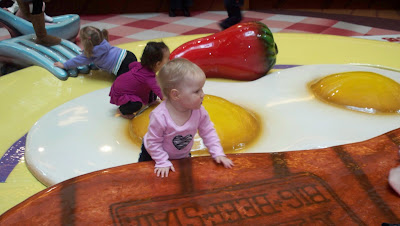 Izzie standing at the big steak. She spent the whole time tryint go figure out how to get up on the steak like the older kids. She figured it out too! 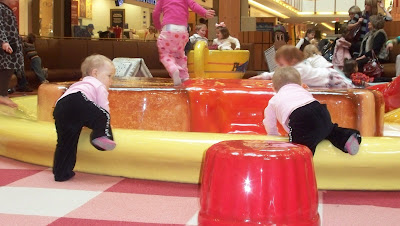 Here's Izzie and Maddie crawling over the rim of the plate. The sides of the plate made a great little mini slide. 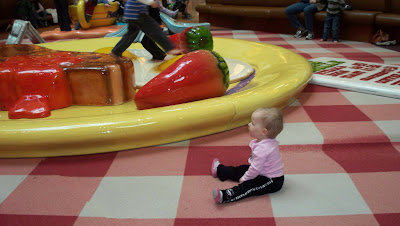 Maddie taking a moment to absorb all of the action. 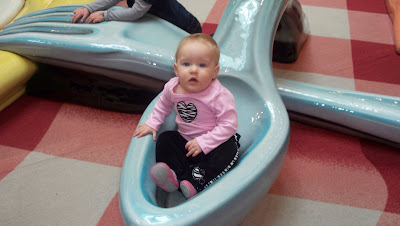 Maddie sitting in a spoon. 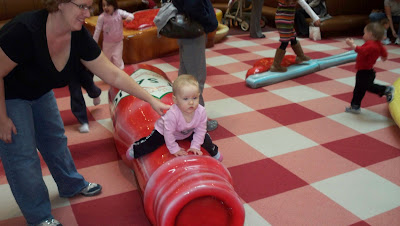 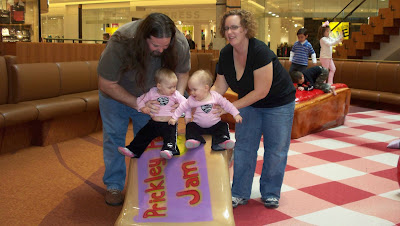 Popo helping me slide Maddie and Izzie down the jam slide. 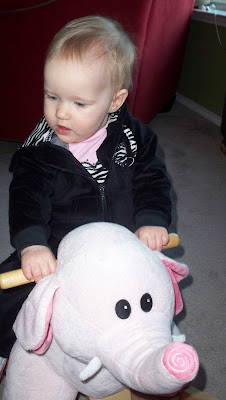 When we got home, they had just enough energy to rock on their elephant and lamb rockers. (Maddie) 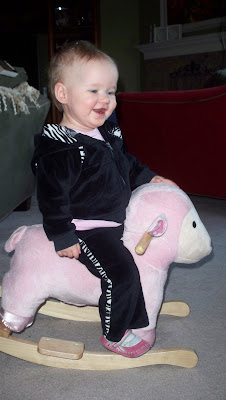 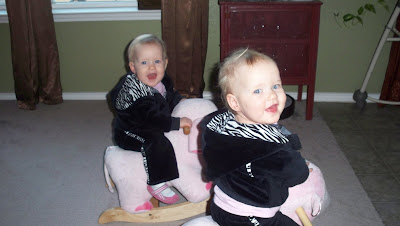 Maddie and Izzie.
Posted by Amanda at 8:00 AM